Anne Hathaway is your new Catwoman 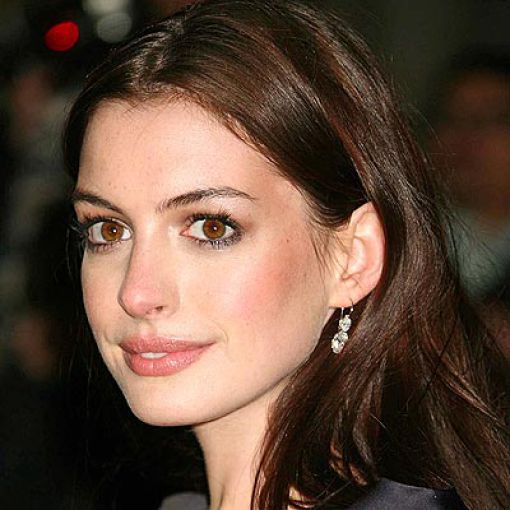 For those waiting to hear news on “The Dark Knight Rises”, here’s your answer: Anne Hathaway is your new Catwoman! Hathaway won over Nolan in auditions last week and is set to play Selina Kyle who is known as the villainess, Catwoman. It is said that she will be portraying Selina before she wore the cat suit. Nice! We also hope she’ll be a better Catwoman than Halle Berry. Hathaway has a lot of shoes to fill in with Michelle Pfeiffer as the best Catwoman ever. We really like Hathaway and we’re looking forward to this new sequel and have high hopes for this one.

Playboy founder Hugh Hefner just announced in his Twitter that the full catalog of Playboy Magazine---from the first issue in 1953 to the current one---will be available in iPad this coming March…uncensored! This is good news for Playboy fans, but there’s just one big problem: Apple founder and CEO Steve Jobs wants to keep adult materials off Apple’s mobile devices. Well, Hefner is one of the influential people in the world; he could persuade Jobs to implement measures to prevent minors from opening the application. This will be intriguing and we’ll keep ourselves updated on this news.

Portia tells story of how her ex-husband cheated on her 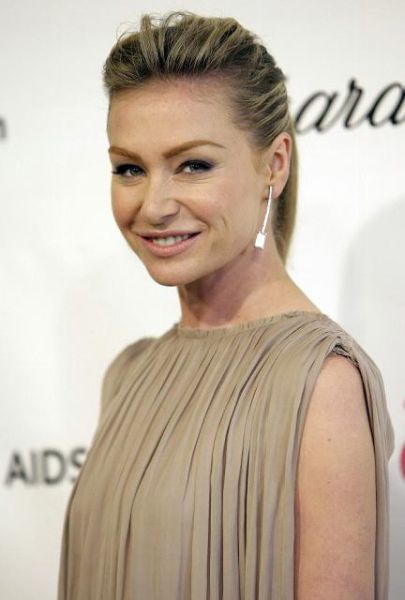 Portia de Rossi is known as wife of TV host Ellen DeGeneres but she had gone through a lot before that, and tells the story where her ex-husband cheated on her…with her brother’s wife! She writes this in her new memoir book “Unbearable Lightness: A Story of Loss and Gain”. De Rossi was married to Mel Metcalfe from 1996 to 1999 until he ran off with her elder brother Michael Rogers' wife, Renee Kappos. The siblings had each other all throughout.  It’s also here that she realized her true sexual orientation and revealed it in 2005. She married DeGeneres in 2008 and changed her last name last year to Portia Lee James DeGeneres. At least now, that bad marriage was replaced by a happy one with DeGeneres. 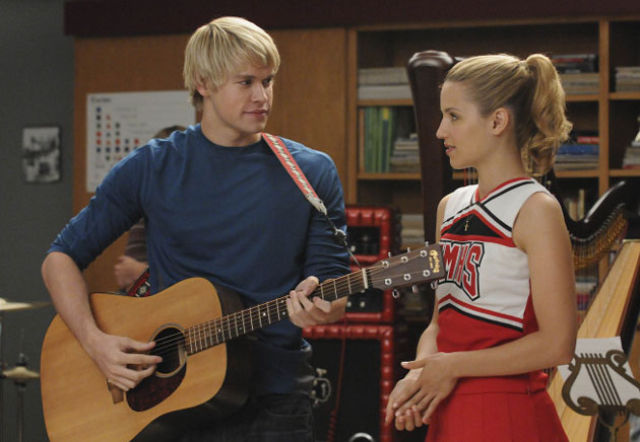 When Finchel ended last year, we were sad and hoped that there won’t be more split-ups.  Well unfortunately, another couple is heading over to Splitsville and sadly, it’s Ken and Barbie.  That’s right! Ryan Murphy suddenly decided to split Sam and Quinn just because of the fact that he got bored. “They were too perfect”. Sam will be dating Santana while Quinn will find comfort in the now single Finn! No way…very shocking! And just when we were liking Sam and Quinn already. Looks like there will be more twists and turns in the next episodes of Glee. And we’re going to stay tune for that.

Christina Aguilera passed out in a birthday party 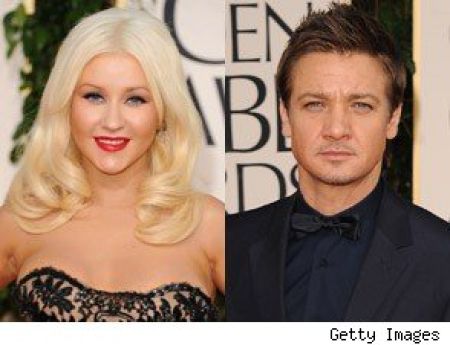 When Jeremy Renner celebrated her 40th birthday, celebrities came to celebrate.  Not everyone had a good night as it was discovered that singer Christina Aguilera passed out on the party! When Renner went up to his bedroom, he was surprised to see the singer on his bed and her boyfriend rubbing her back.  When he talked to her, she was slurring.  “Who comes to someone's birthday party that they don't know and gets in their bed? My parents were there!" She was a mess and acted like a fool, Tsk! Tsk! That was not good Aguilera…you shouldn’t have been drinking in the first place.  Everybody knows that if you can’t handle liquor, don’t drink at all.

Joan Rivers banned from Fox and Friends because of Sarah Palin slams? 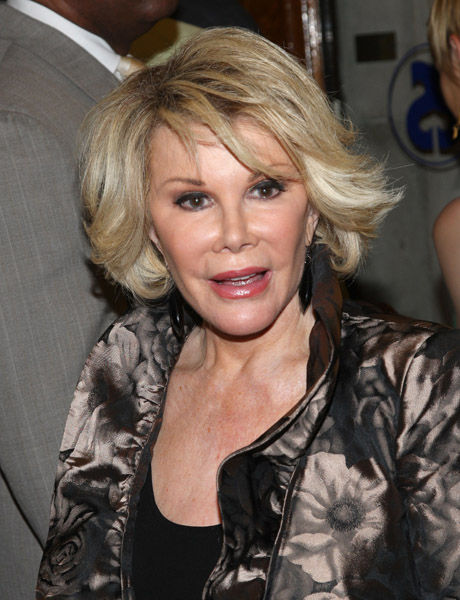 Joan Rivers was banned from her show Fox and Friends after slamming Sarah Palin regarding the Arizona shooting. Rivers is scheduled to appear on the show tomorrow but we won’t be seeing her for awhile Fox banned Rivers after calling Palin “stupid and a threat” and that she should be partially blamed for the Arizona shooting. According to Fox though, the show’s producers “mistakenly” canceled Rivers’ appearance instead rescheduling it and had nothing to do with her comments. We’ll never know but it looks like Fox is on Palin’s side and it’s possible that they took her away to clear things up. Now this is what you call politics. 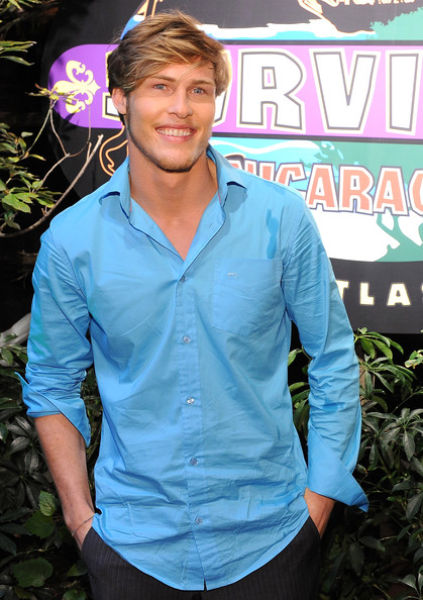 And just when you’re on your way to fame, you get arrested. Survivor Season 21 winner Judson Birza was arrested on the suspicion that he is under the influence of a substance. It started when he rode his skateboard in the middle of the streets of Santa Monica, which was illegal, and police stopped him. They noticed that he was acting strange and suspected that he was on a substance. He was also arrested before hand for another DUI and a probation violation as well. Oh yes…win a reality show and go wild! Tsk! Tsk! Is that how you deal fame my dear? Good luck to you.

“Breaking Dawn” shoot not a stroll in the park While fans are waiting for “Breaking Dawn” to be shown this November, the actors are very busy in doing the two-part series that they have no time to eat anymore. According to Peter Facinelli, it’s more difficult now than before because they are jumping from one movie to another as you get to film part one on this day, and then part 2 the next day. It gets daunting for some of them as they figure which movie and sequence they are doing. They are so busy that they even don’t have time to see the new stills of the movie such as the intimate photo of Edward and Bella.  Oh we’re sure Twihards are going “awwww” on this.  Well, they’re actors and that’s part of their job. We’re sure when everything’s done, they’ll all be lying down and glad that movie was over. 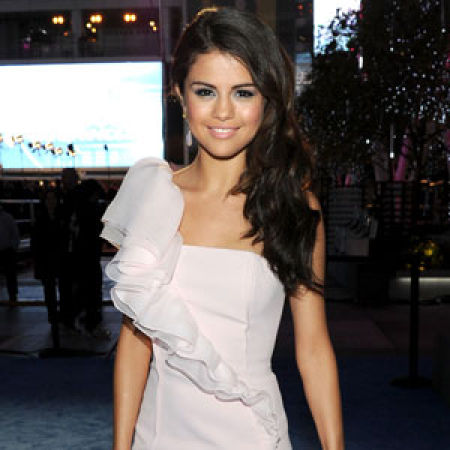 According to Selena Gomez's rep, the topless photo of her going around the internet is fake and that somebody is playing a mean trick on the Disney star. Just recently, a topless photo of Gomez have been spreading in the Internet like wildfire, weeks after her pictures with Justin Bieber and their said "romance" were shown. Since then, Gomez has been receiving death threats from fans, and it could be that the fake topless photo is one way to say that a fan is really mad at her. Poor girl! We hope that she's okay and she'll be able to recover soon. 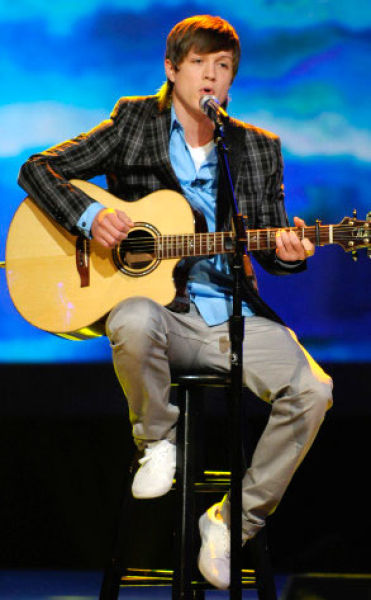 There have been reports yesterday that ex-American Idol contestant is broke and homeless and that he does not know what to do. He even tweeted that he sleeps on streets and alleys and has been broke ever since Simon Fuller's If I Can Dream ended. Well, this is fake as his spokesperson told the media that, yes he is crashing in friends' apartments, but that is because he is looking for an apartment and is working on new music demos. Lambert also said that he just didn't want to burden anyone and what he said in Twitter was a miscommunication. He apologized about it and assured fans that he is fine. Next time, make sure what you're tweeting is very clear so that there won't be any misinterpretation.