Obamas not invited to Royal Wedding 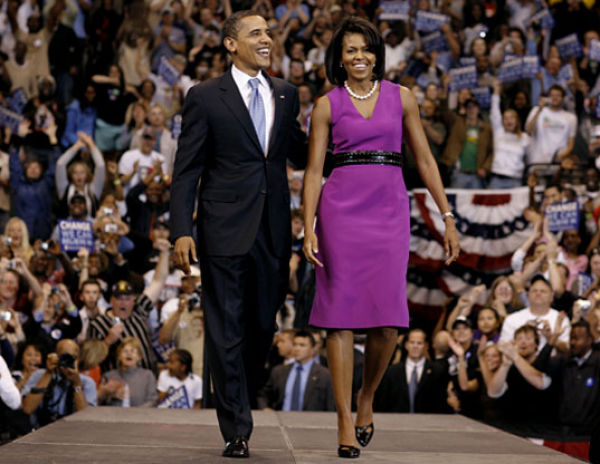 The guest list for Prince William and Kate Middleton's wedding is out, and the Obamas are not part of it. The couple wanted the wedding to take place in front of ordinary citizens since Prince William is neither the sovereign nor the heir to the throne. It doesn’t mean though that other foreign heads will not be included as there is still no final call for the list. But according to a senior official, it’s right to say that the Obamas will not be invited. We know the couple doesn’t want their wedding to be super fancy, but isn’t it mandatory to invite the US President and the First Lady? Well, we guess they have the final say. 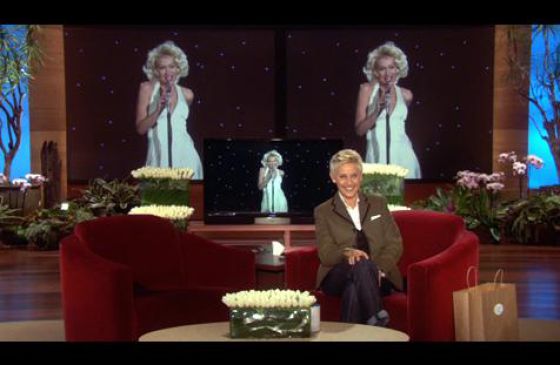 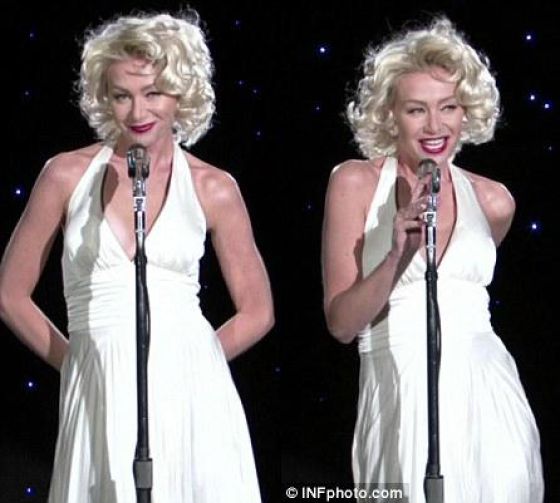 Ellen DeGeneres was given a surprise birthday bash on her show last Wednesday that included famous celebrities such as Julia Roberts, Pink, Colin Farell and Jaden Smith as guests…but that wasn’t the end of it. Her wife, Portia de Rossi, dressed up as Marilyn Monroe complete with blond wig, white dress and a wind machine to sing “Happy Birthday” to Ellen. She actually did the number well until the machine “malfunctioned” and blows de Rossi off her feet. The TV host, as well as the audience, laughed at what happened, but we know Ellen loved it. That was sweet of de Rossi and it makes us really think that they will last forever. 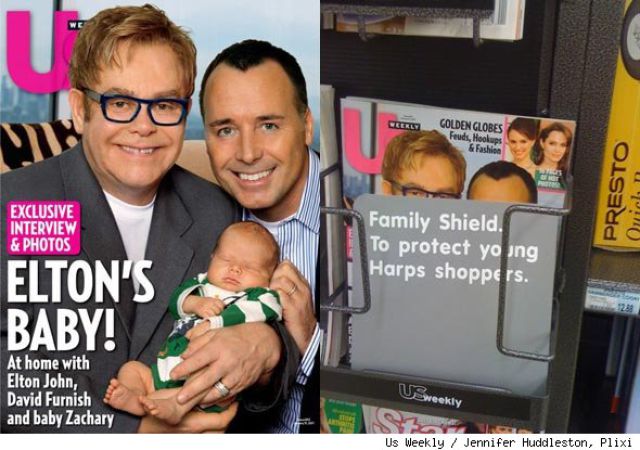 A week after US Weekly came out with the issue of Elton Johan and husband David Furnish showing their son Zachary, Harps supermarket placed a family shield in front of the magazine because it was inappropriate for “young Harps shoppers”. The picture drew a lot of attention in the Internet. After attempts of refusing to comment on the issue, Harps Corporate Executive Assistant Marty Yarborough said the family shields were placed if several customers complained about the magazine cover and assured it does not reflect the opinion of the store. This just shows that there are people who can’t accept gay couples having babies of their own and we’re sure Elton John won’t be happy about it.

Kelsey Grammer wants to invite Camille to his wedding 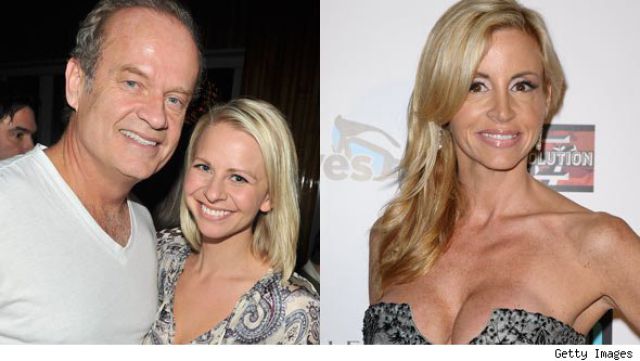 Despite the divorce, close friends of Camille reported that Kelsey was willing to invite his ex-wife Camille to his and Kayte Walsh’s wedding just so his children can see their father say “I do” again. Camille still has not response for Kelsey’s request, but it’s possible she’s willing to put aside her hurt just for the sake of her children. If she’s going, we know she’ll be coming there with her head held high and her children in her arms. She doesn’t deserve a man like Kelsey so she must show everyone that she can move on. 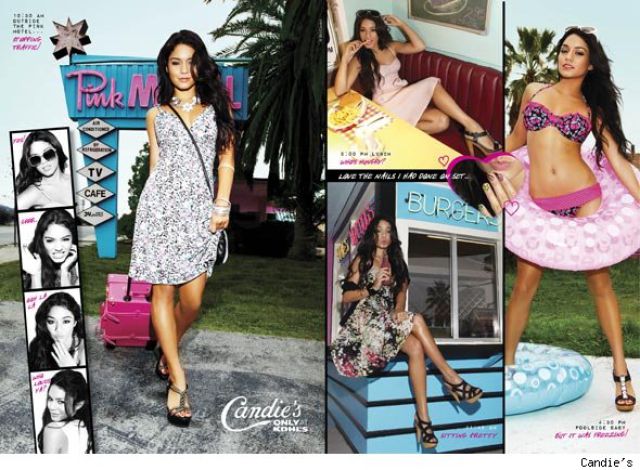 High School Musical alumni Vanessa Hudgens is the new face of the clothing brand, Candie. She replaced previous endorser Britney Spears and in her new ads, she’s showing off more skin than before (with the exception of her naked picture, of course). The ads are for the 2011 Spring Collection, where she is dressed in a skimpy and lacy bikini with flip flops in one of the photos. Aside from Britney Spears, she also joins the ranks of Fergie and Jenny McCarthy as the faces of Candie. Well, she looks hot and sexy in the ads so we guess she’s doing great following the previous endorsers.

Sneak Peek of Katy Perry in How I Met Your Mother 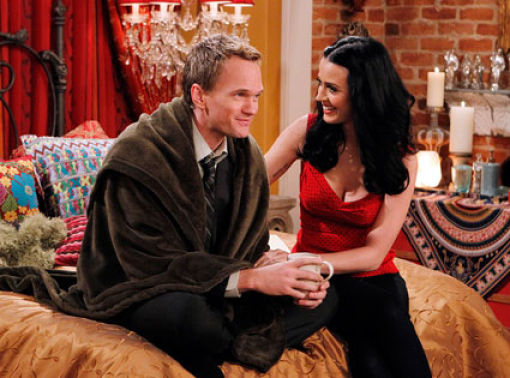 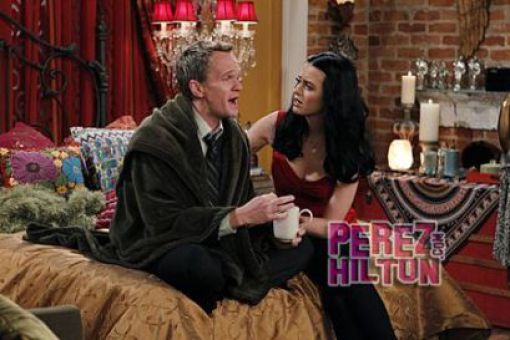 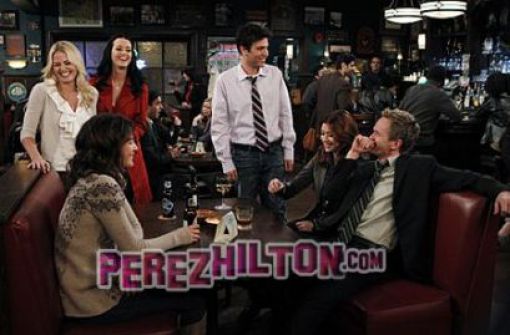 Katy Perry is ruling the TV shows now…whether as a guest star or her songs being featured. Not only will her songs be featured in Glee, she’ll be guest starring in How I Met Your Mother as Zoey’s naïve cousin Honey, who was supposed to be Ted Mosby’s love interest. But, by the looks of the sneak peak here, she might be getting close to Barney instead. We have yet to see Perry’s acting chops here because, to be honest, we would rather see her sing and dance than act. But, let’s see what happens. 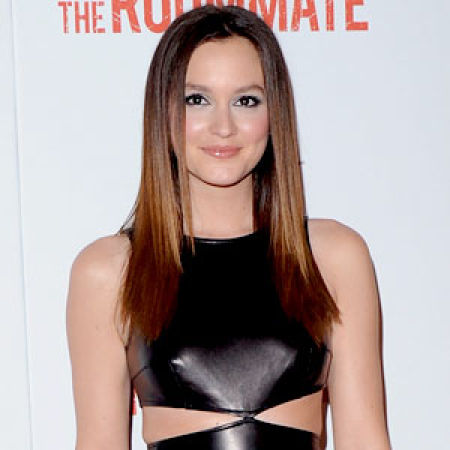 “Gossip Girl” star Leighton Meester was caught by police not because she was on drugs and alcohol, but because of blood and guts. She was rushing her way home from the set “The Roomate” where they shot a bloody scene when she got pulled over by cops. She explained that the blood wasn’t real and it’s for her movie. The bad thing was she wasn’t looking okay because she was deranged from the movie. The cops won’t believe her and then suddenly asked her if she was from Gossip Girl. The actress said she was not arrested from what happened. Well, that was a funny way to get pulled over. At least she was able to promote “The Roomate” to the cops. 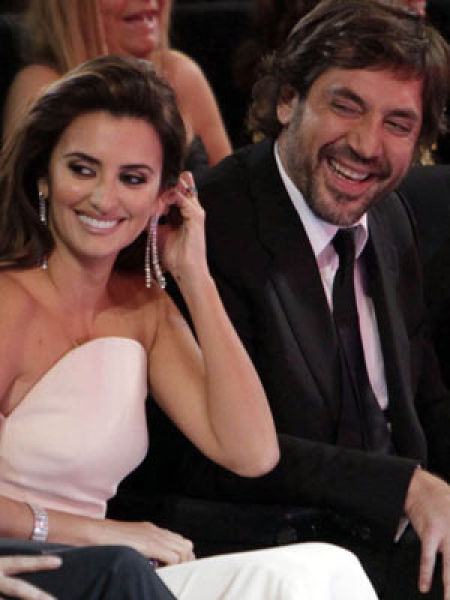 Oscar-winning Spanish couple Penelope Cruz and Javier Bardem is now proud parents of a healthy baby boy, which is their first child. The baby boy was born last Saturday in Cedars Sinai Medical Center in Beverly Hills, though no name is given yet to the little baby.  Wow, Javier has a baby boy and an Oscar nomination…quite a happy week for him and Penelope if we should say so ourselves.  Congratulations Javier and Penelope! 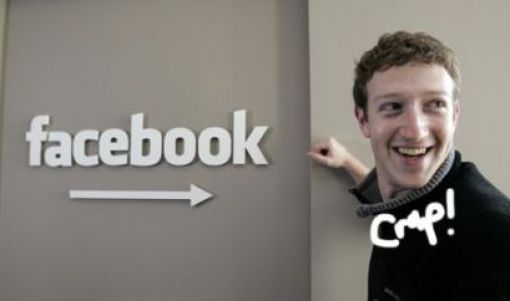 Even the CEO of Facebook can be hacked as well.  Mark Zuckerberg’s Facebook account was hacked. The hacker posted a message saying that people should turn the social network into a social business.  The account was taken long as soon as it was found out that it was hacked but not long before there were 1,800 likes to the message. Well, let this serve as a lesson that even the founder of Facebook is not exempted from hackers. 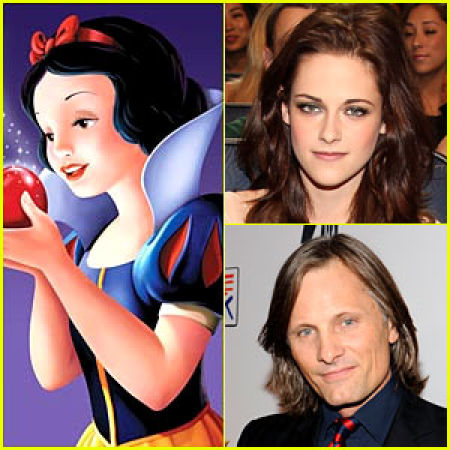 Twilight star Kristen Stewart is in talks to play Snow White in the movie Snow White and the Huntsman, while the Huntsman is said to be played by Viggo Mortensen. This new adaptation is creating a buzz among Hollywood because it’s going to be different from the original fairy tale Snow White that we know of. We also don’t know if there will be seven dwarves in this movie.  We are looking forward to this to see what lies ahead of this movie.

GOODSTUFF4U 10 year s ago
Katy Perry, named the hottest woman in the world by Maxim Magazine, is having quite the year. Not only did she come out with a huge summer hit, but she also came out with absolutely colossal cleavage. And if these boobalicious photos don’t prove that she’s the hottest babe around, than just consider the fact that she loves to show off her tits. And why shouldn't she, they're spectacular. Of course, we also know that she likes to pretend that she doesn't like to show off her tits.

Prince William IS heir to the throne, he is second in line.

And that quote was said by a St. James Spokesperson

"The wedding will not be a formal state occasion since Prince William is neither the sovereign nor the heir to the throne," a St. James Palace spokesman said.