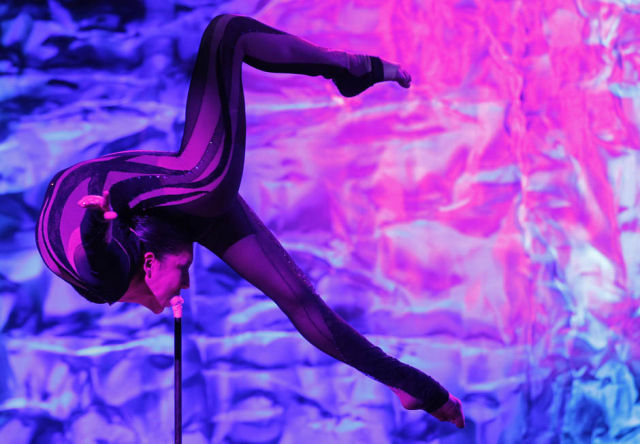 This acrobat shows off her talents in the new Cirque de Soleil in a performance for the annual gay and lesbian alliance against defamation. 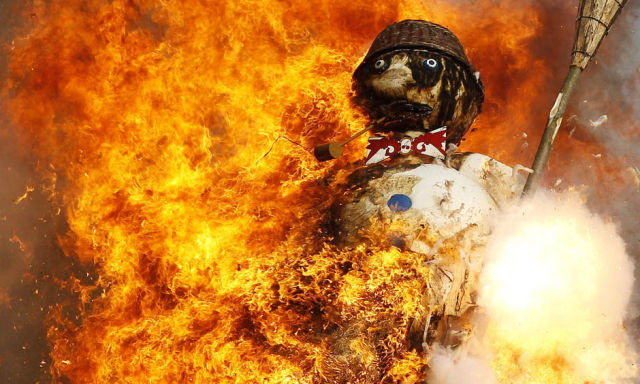 This is a boeoegg, a snowman with a head made of wadding and filled with firecrackers. They explode the boeoegg and the faster his head explodes and catches fire the faster winter ends and summer begins. 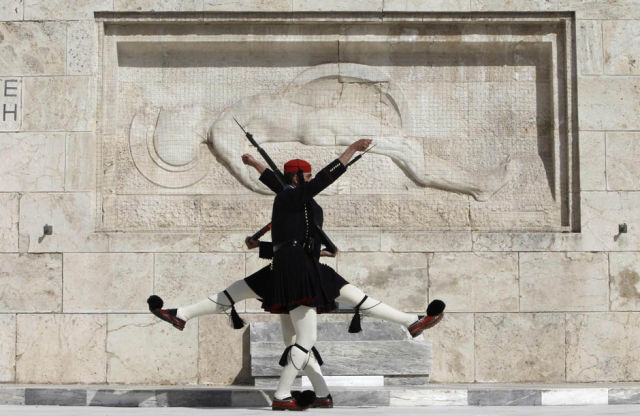 Whose legs are whose? It is hard to tell as these Greek presidential guards march in front of the monument of the unknown soldier at the Greek Parliament in Athens. 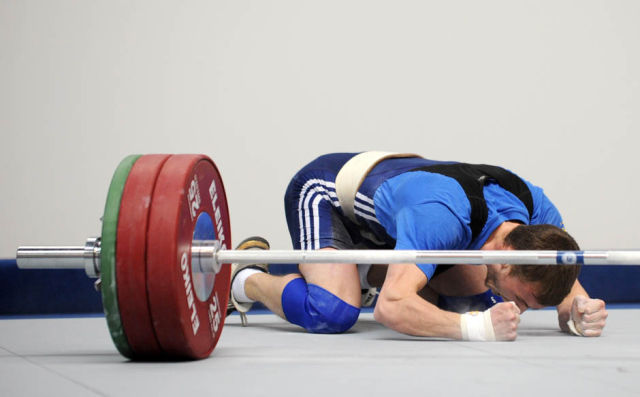 Oleg Sirghi takes the gold in the 90th Men and 24th Women European Senior Weightlifting Championships in Kazan, so why is he beating the crap out of the floor? Inquiring minds want to know. 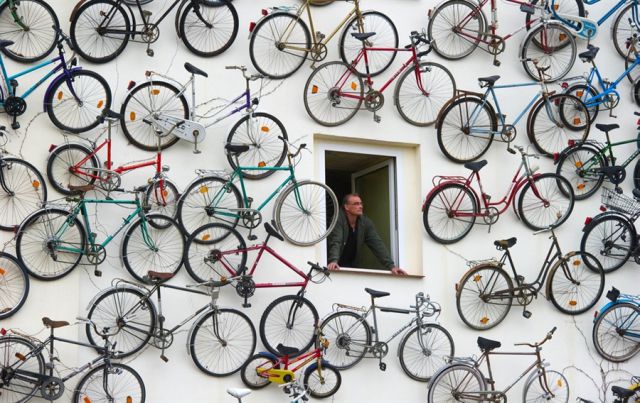 Which is my Bike?

Hard to tell on this amazing wall full of bicycles. This is a bike shop and rental store that was decorated with hundreds of old bikes and is located in Brandenburg. 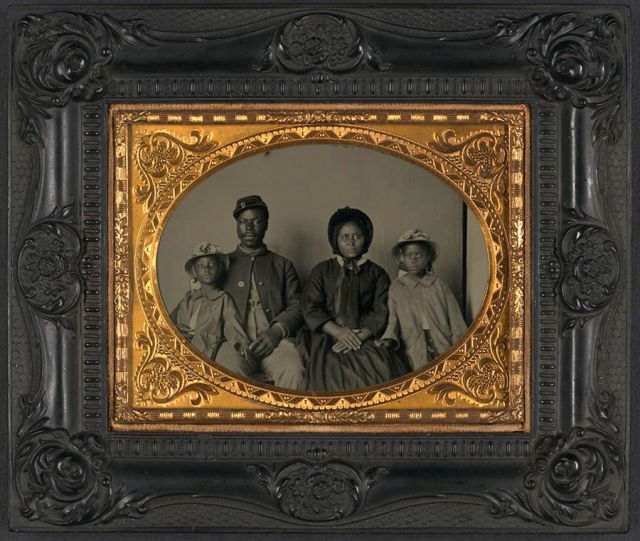 Archives. This photo shows an African American man in a union soldier with his famiy. Unique and rare to find photos such as these. 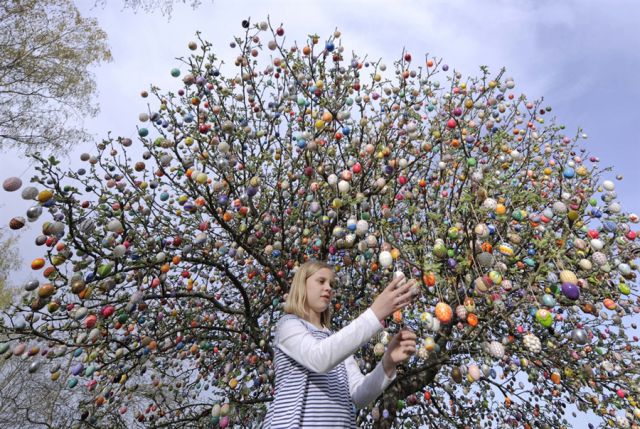 This girl continues to decorate a tree which holds 9,800 Easter eggs in Germany. It is a 40 year old tradition and it still is going strong. 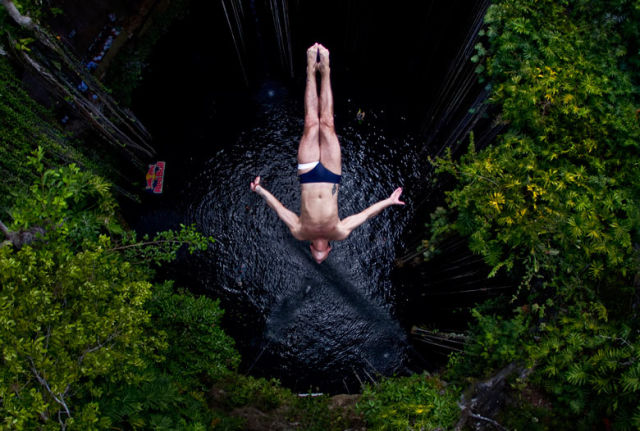 This guy plunged 27.25 meters into the IK Kil cenote, that is a limestone sinkhole in Chichen Itza, Mexico. The Mayans felt that cenotes were the portals of the underworld. 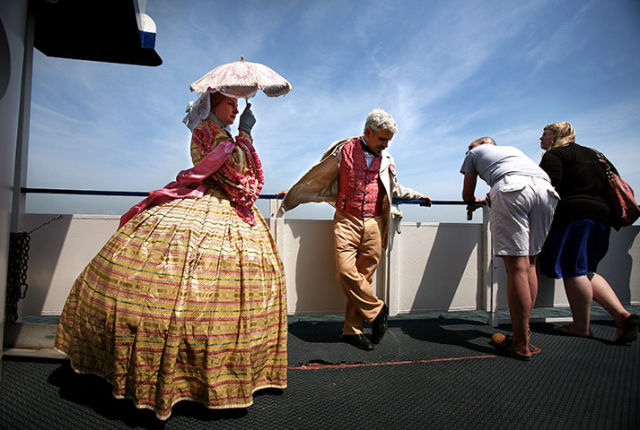 These civil war re-enactors take a boat to Fort Sumter in Charleston. 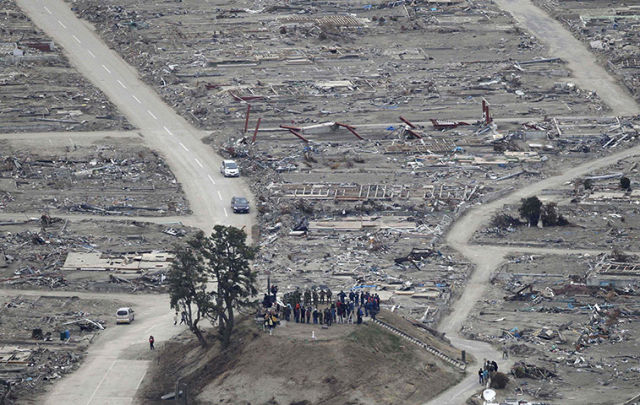 These Buddhist monks and rescue workers take a moment of silence to observe the one month anniversary of the earthquake and tsunami in Natori, Japan. 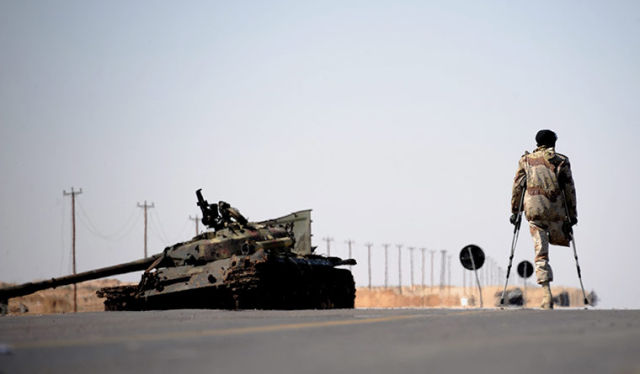 This rebel fighter walks past the remains of a tank in Libya near a checkpoint between Ajdabiya and Brega. 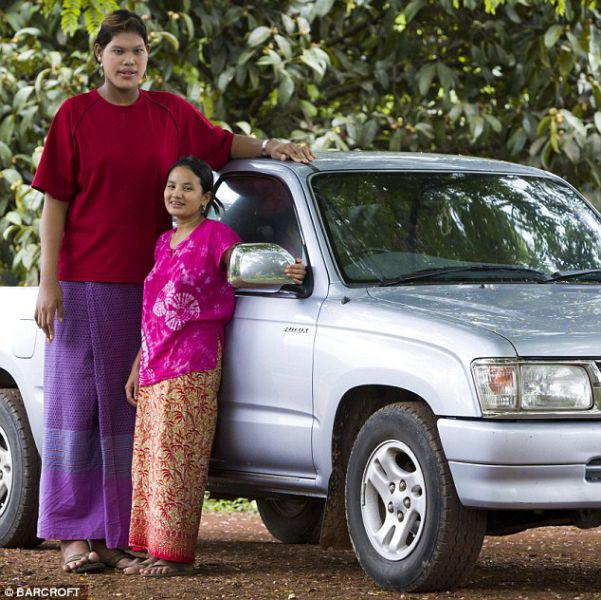 She is 6 foot 10 inches and could still be growing. Her name is Malee Duangdee and she is from Thailand. 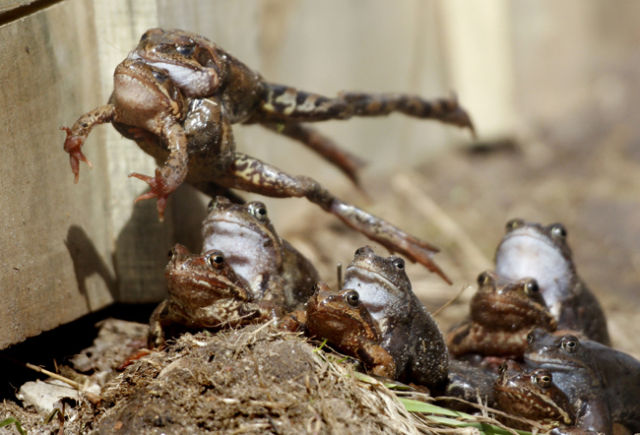 Spring is sprung and these frogs are springing into their spawning grounds. This Guggenheim Bilbao Museum piece is entitled Palms. No matter what it is called, it’s neat, but weird. 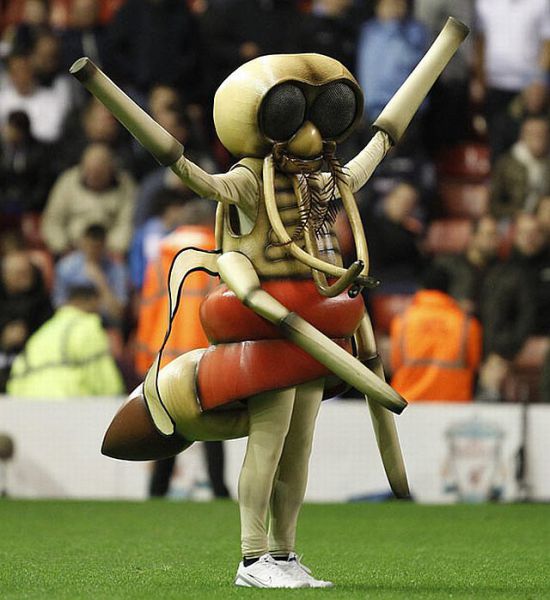 The official mascot Mozzy Man. He is there at half time during the Barclay’s Premier League match at Anfeield where Liverpool beat Manchester City.

lolzz 9 year s ago
chickens?
Reply
How to comment