Click the green cross in the top right corner of the picture to see it full size.

Here’s the world as seen through breast size.

For fairness’ sake, here is the world as seen through penis size. 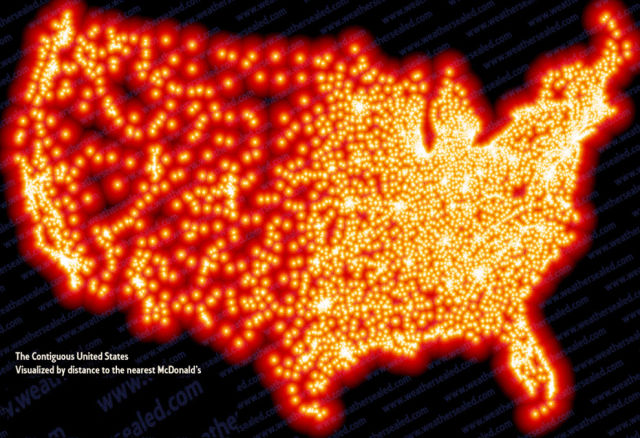 Ever wonder how closely McDonald’s was packed? 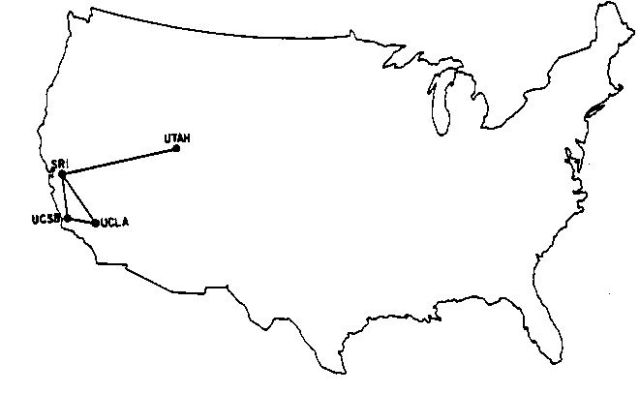 Here is a map showing the totality of internet connections in December 1969. 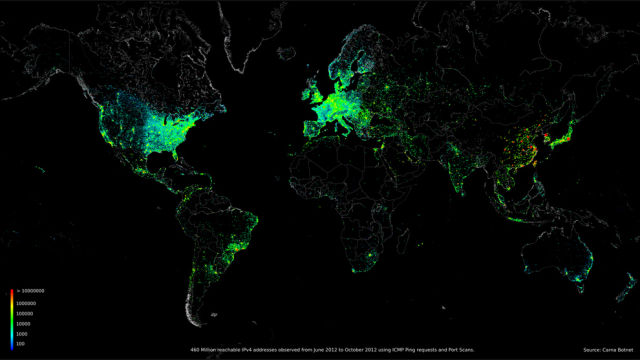 And here are the number of internet users today. 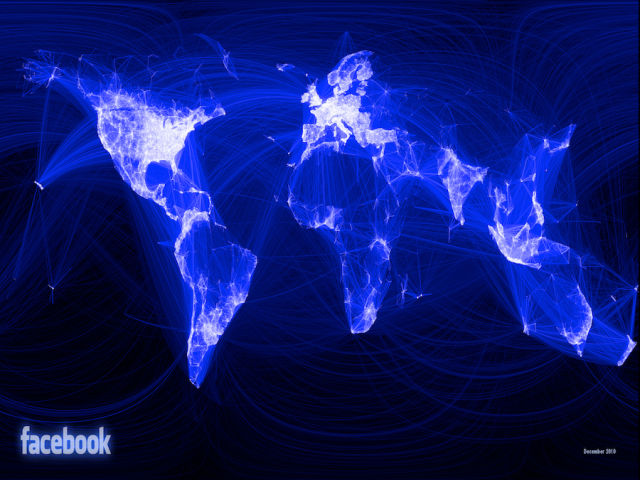 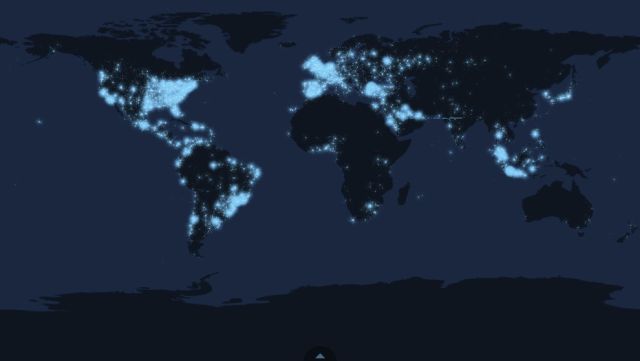 Twitter’s take on the world. 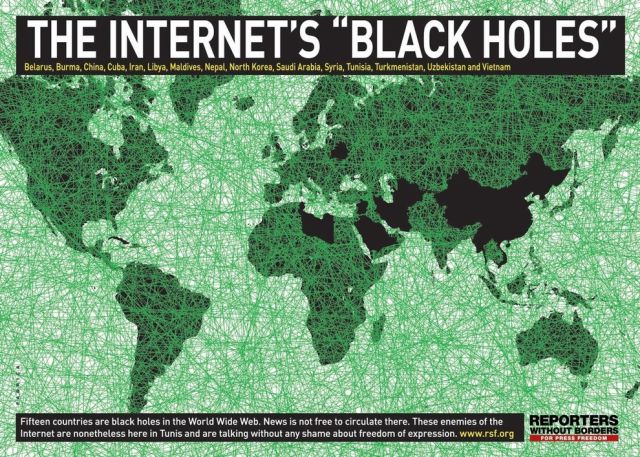 The blue marks where the English version of Wikipedia is the most used version. 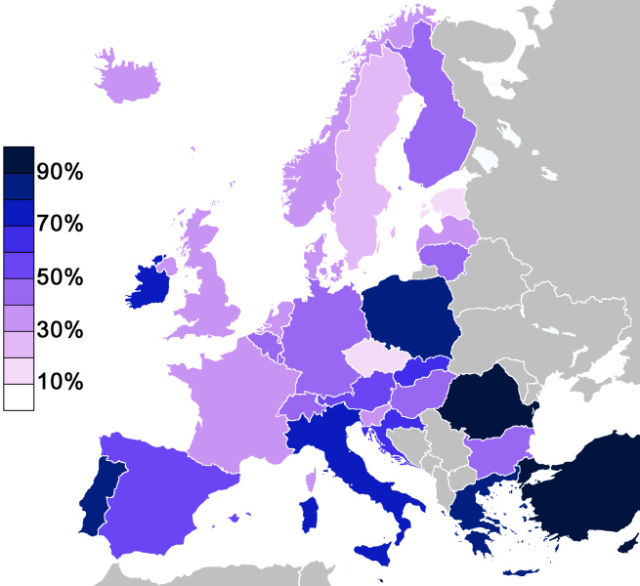 Here’s a map of the percentage of people believing in God in Europe. 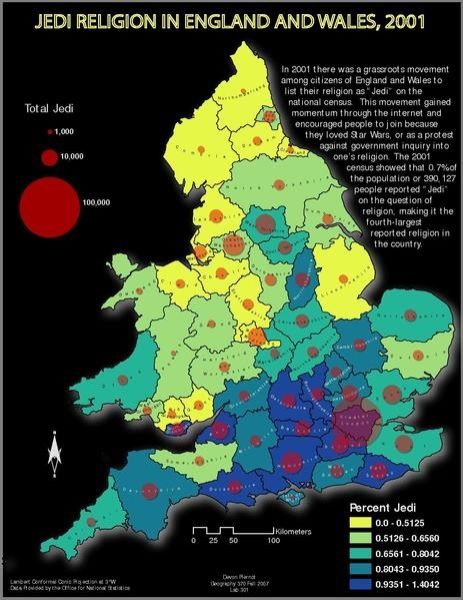 And here is the number of people who have self-identified as followers of the Jedi religion in the U.K. 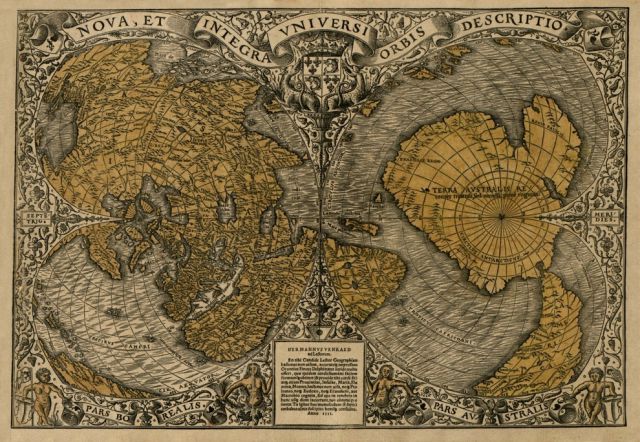 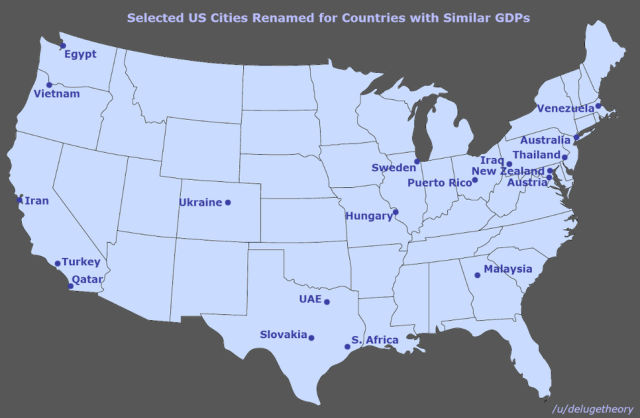 This map equates the GDP of countries to specific U.S. cities. 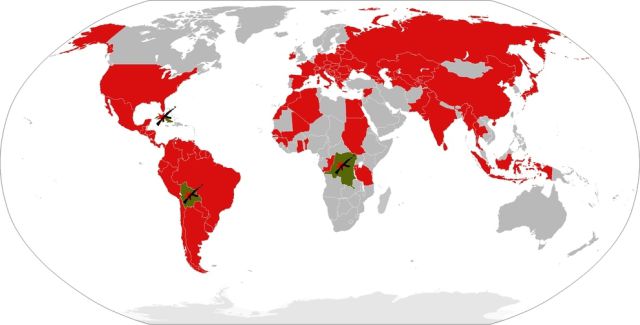 Here’s a map depicting every country Che Guevara has lived in or visited. The rifles depict where he started revolutions. 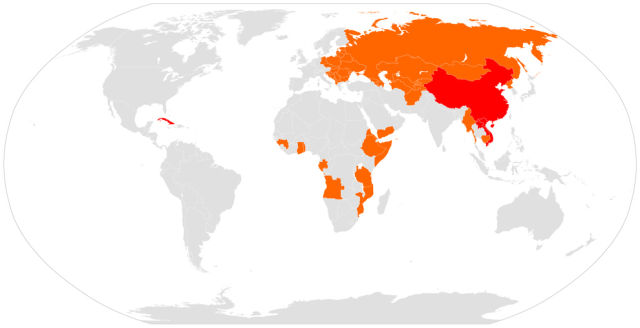 And this map displays any country that was at one time under communist rule.

This map shows the frequency of lightning strikes throughout the world.

This is a map showing the number of skyscrapers in every country. 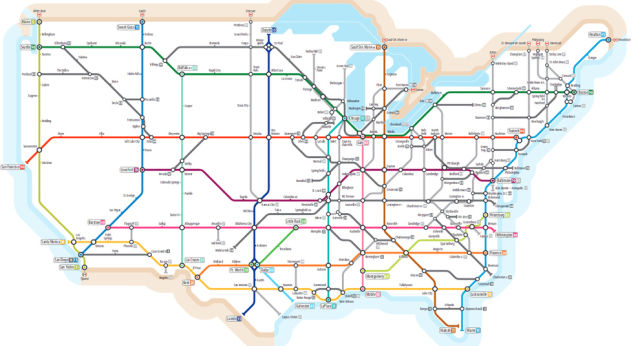 Here is the U.S. interstate system reimagined as a subway map. 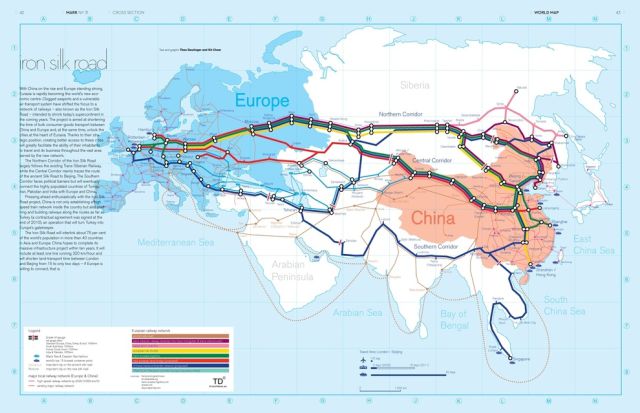 Here’s what high-speed rail travel could look like in a few years.

And here is the current depiction of air traffic over a 24-hour period. 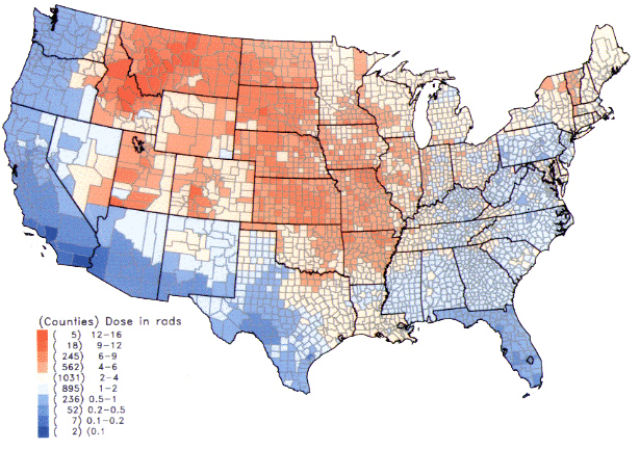 A map showing the leftover fallout in the U.S. from nuclear testing in Nevada between 1951–1962. 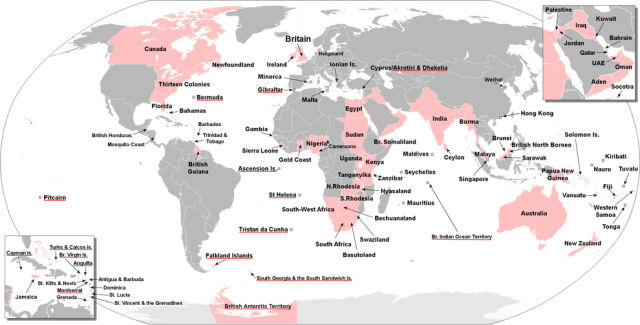 Here’s a map showing everywhere the U.K. has colonized at some point. 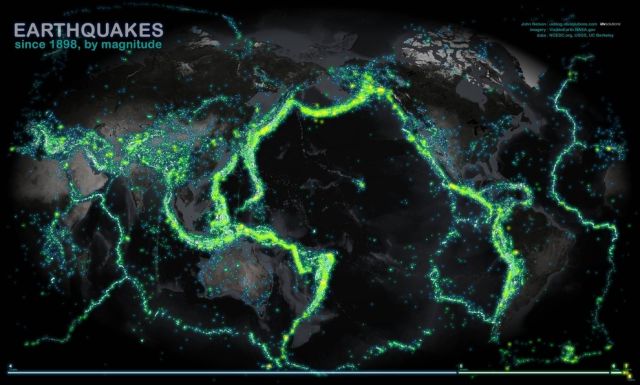 Here’s a map of the world’s earthquakes, outlining the planet’s faults. 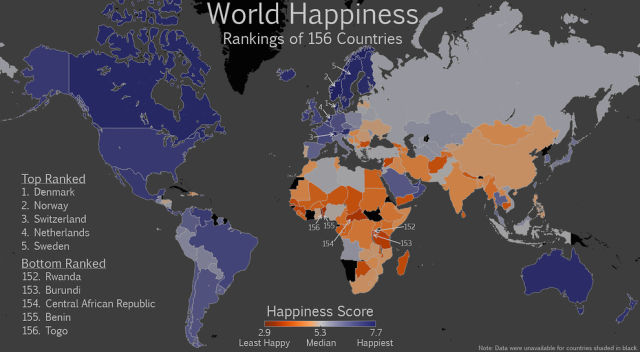 Here’s a map showing the world if it were divided evenly into color-coded areas of equal population. 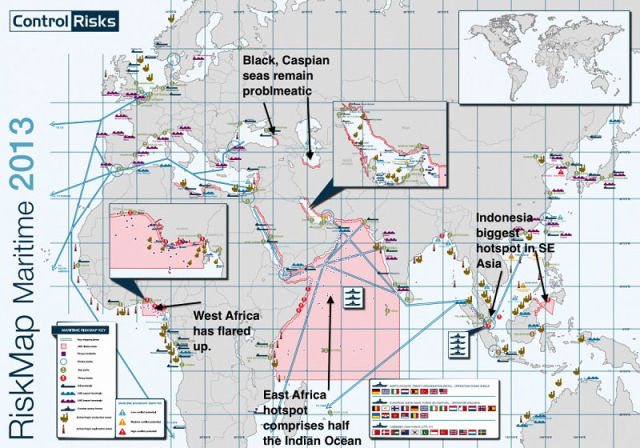 Pirates perhaps remain a bigger problem than you imagined. 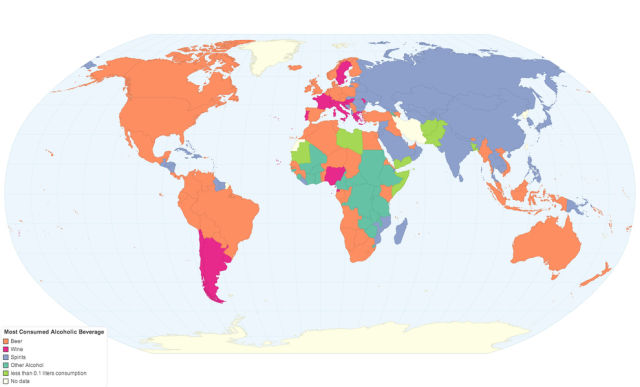 Here’s a map showing the world’s favorite types of alcohol.

And this map shows how much the world drinks.

Here’s a map for those curious about the average age of people losing their virginity. 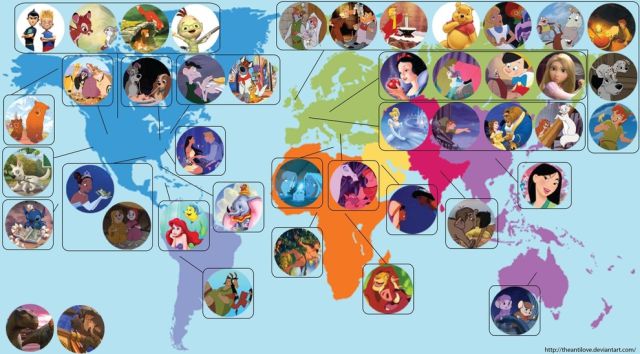 And most importantly, a handy guide to knowing where to find your favorite Disney stars.