Thousands of Catholic families from around the world gathered at the Vatican over the weekend to celebrate the Year of Faith with Pope Francis. 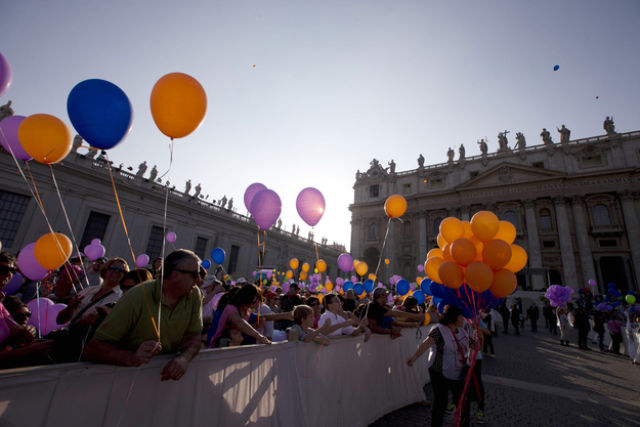 On Saturday evening, a small group of children was invited to sit on the pope’s platform to listen to speakers from across the world speak about their faith and families. 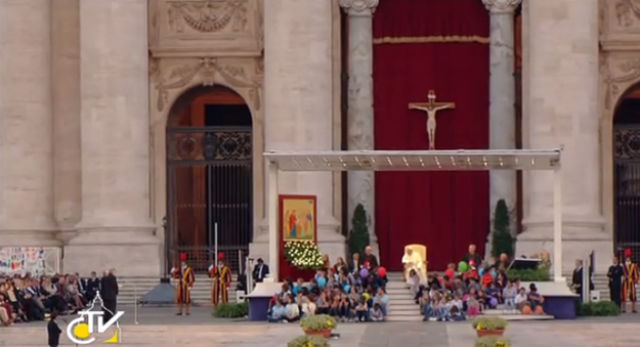 While representatives from more than 80 countries addressed the pope, a little boy walked onto the stage to say hello.

Pope Francis was visibly amused when the child stayed on the stage instead of returning to his seat on the steps.

He refused to leave the pope’s side, even at the encouragement of several cardinals.

When the representatives came forward to greet the pope, the little boy was initially not amused.

But then he realized what was going on and decided to help out.

When Pope Francis began his speech, an aide attempted once again to make the child return to his seat. 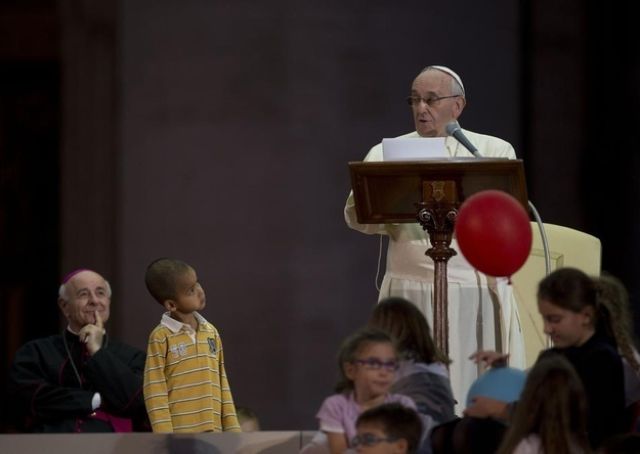 The little boy refused, wrapping his arms around the pope in a tight hug. 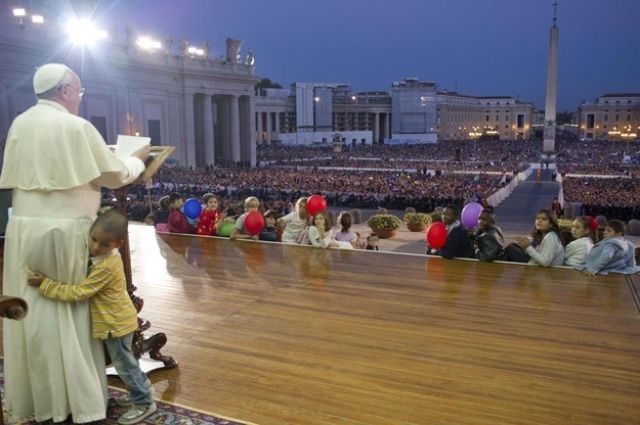 In fact, he seated the boy on his chair before resuming his speech. 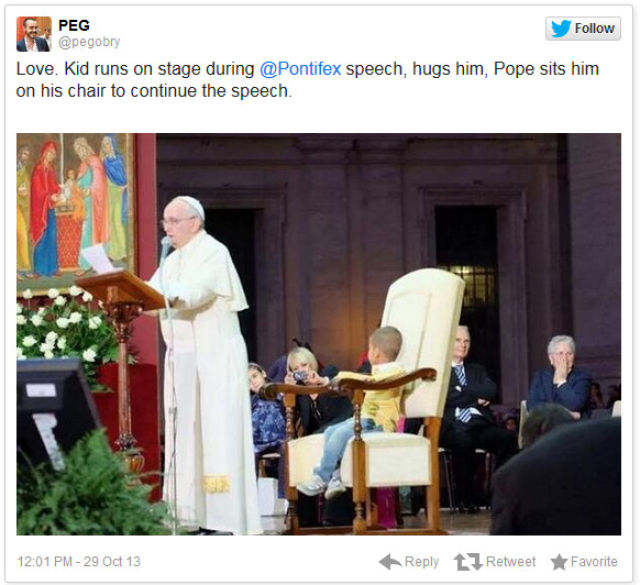 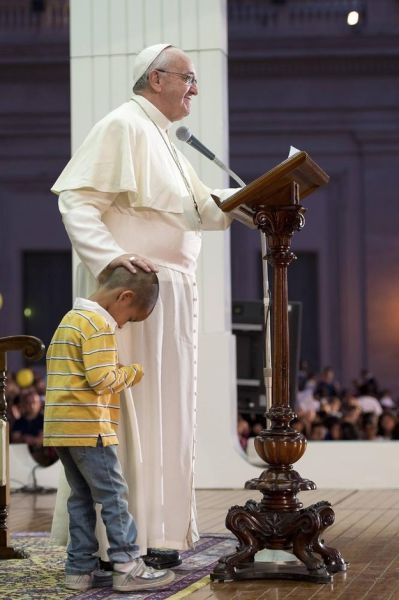 Krahll 7 year s ago
I CAN'T WAIT for Mr. Ree's comment on this. lol in anticipation.
Reply
0

Fenrisulven 7 year s ago
His bishops are so envious right now.
Never underestimate the power of large crowds, of stupid people.
Reply
1

Mr. Ree 7 year s ago
That kid will have the pope's dick in his mouth before he turns 8 years old. Your can tell by pic #14, the pope is already sizing him up...