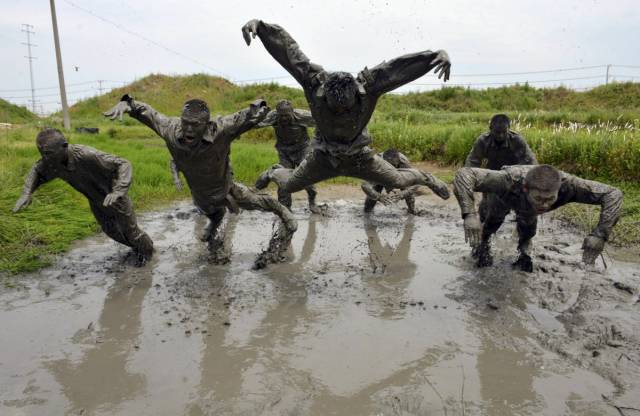 Later in the training, the paramilitary police also have to crawl under fire obstacles ... 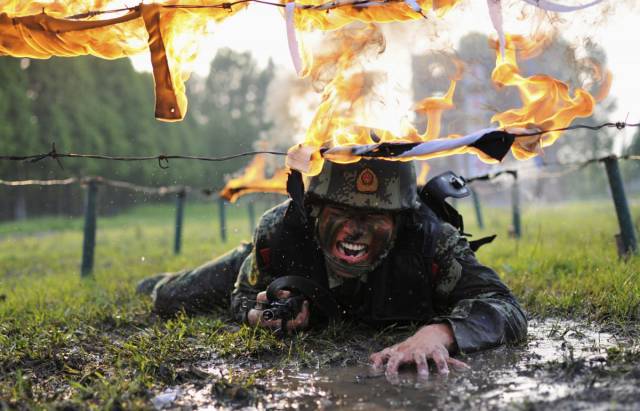 ... and hone their hand-to-hand combat skills. 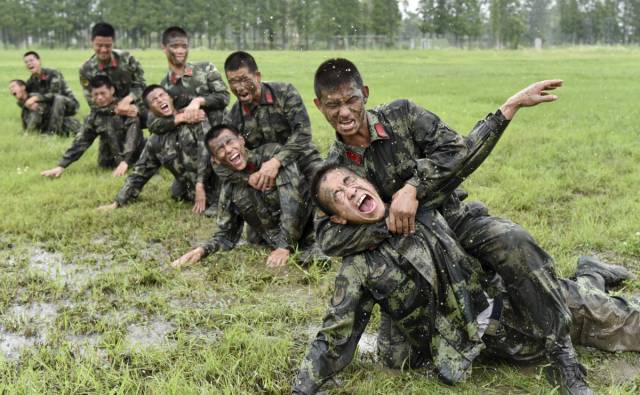 Training is sometimes aimed at pushing troops to their absolute limit: Here, paramilitary police in China train at holding their breaths underwater. 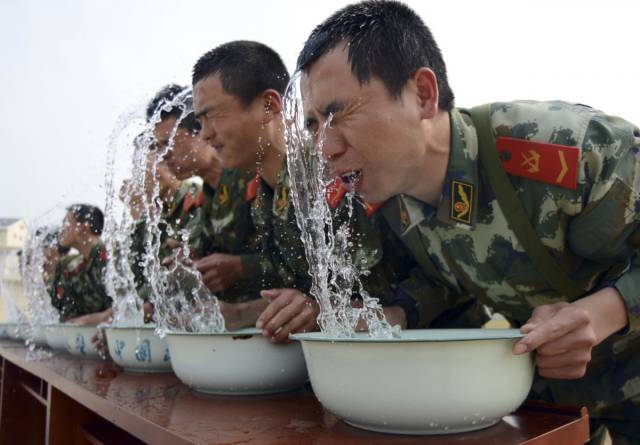 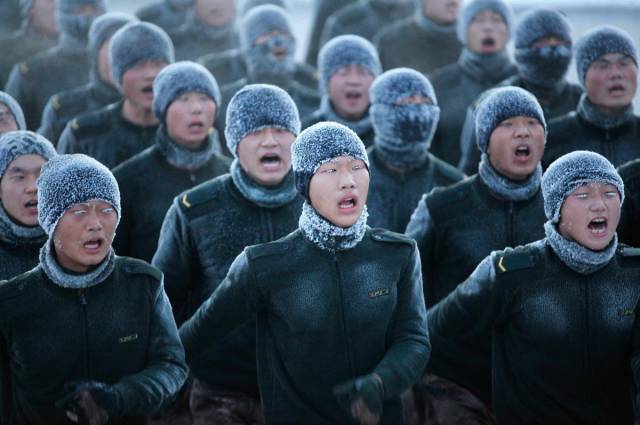 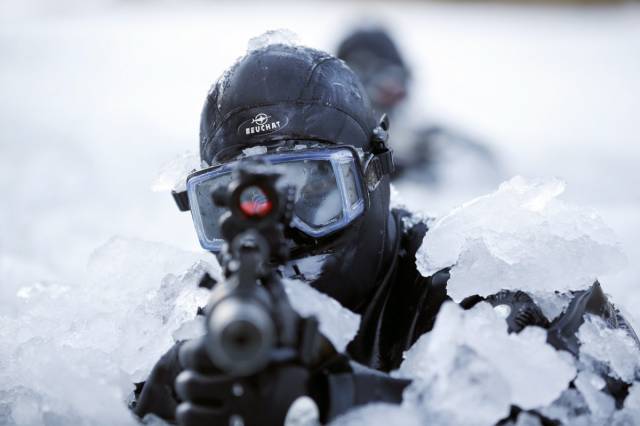 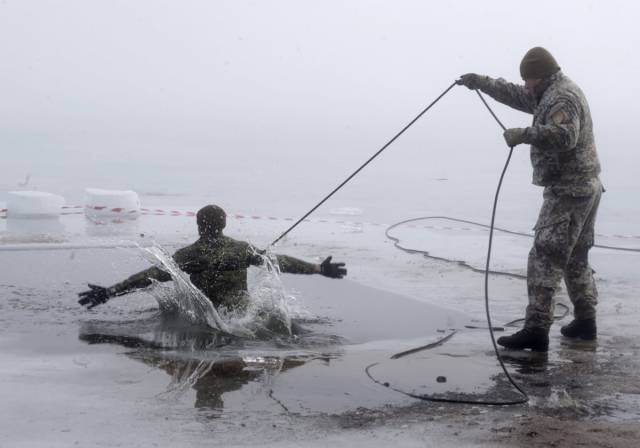 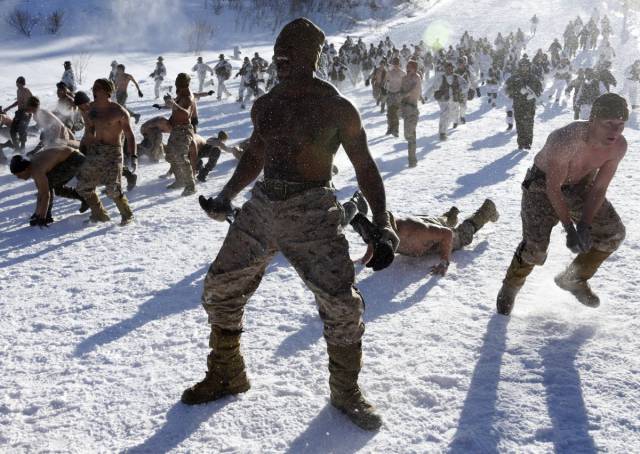 Here, a US soldier in the 10th Special Forces Group jumps off the ramp of a Chinook helicopter with his military working dog during an exercise. 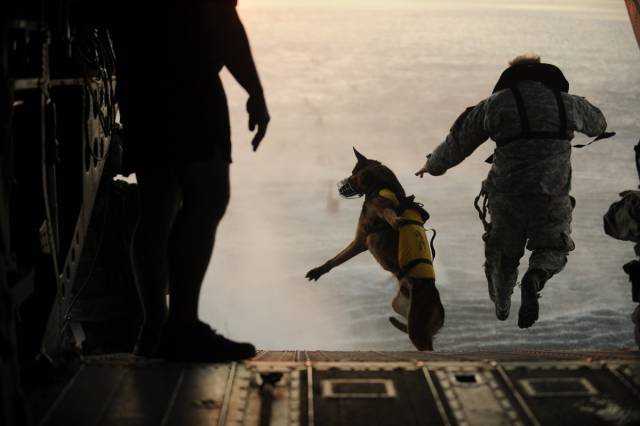 Over in Japan, members of the Ground Self-Defense Forces practice holding onto a rope dangling from a cargo helicopter. 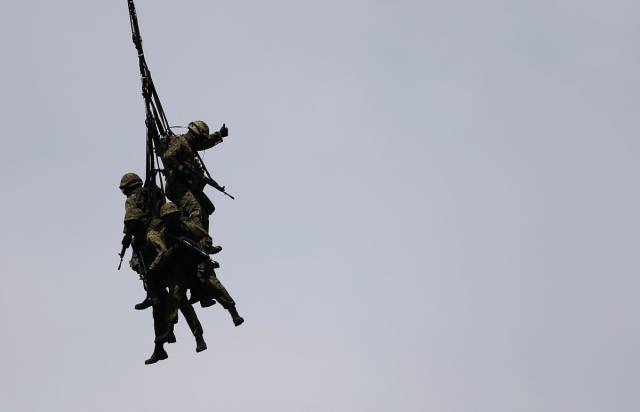 In Taiwan, in order to pass the final stage of a nine-week Amphibious Training Program, a trainee crawls along a 150-foot path of jagged coral and rocks on his belly. 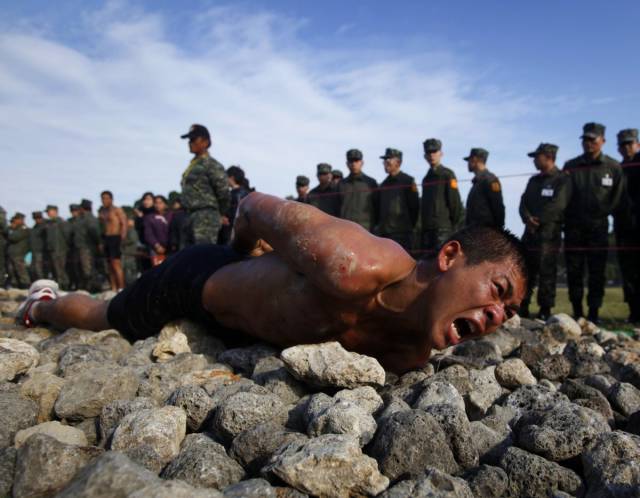 In Belarus, servicemen must pass through an extensive and difficult obstacle course before becoming members of the elite "Red Berets." 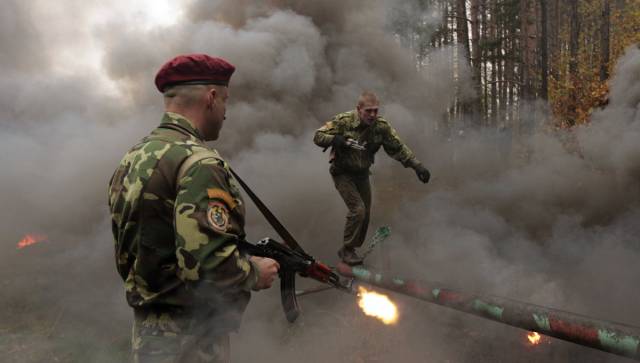 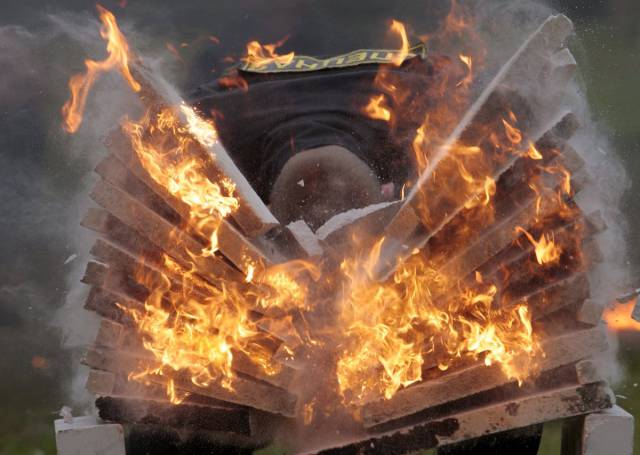 Militaries around the world make use of endurance challenges. In Israel, soldiers from the Golani Brigade must complete a 43-mile march to finish advanced training. 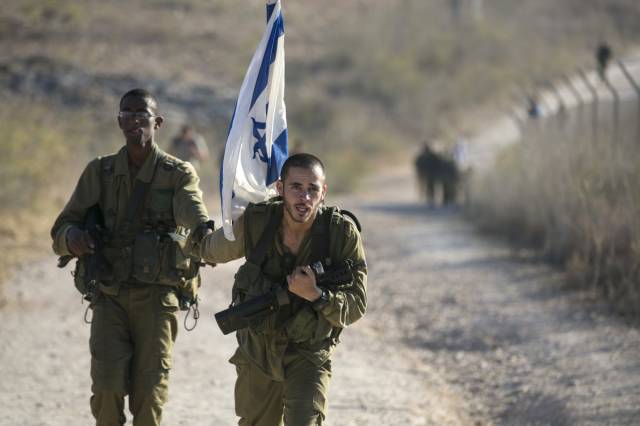 Enemy forces in the region have clearly taken note: In the Gaza Strip, Palestinian militants from the al-Aqsa Martyrs Brigades train in anti-Israel military drills. 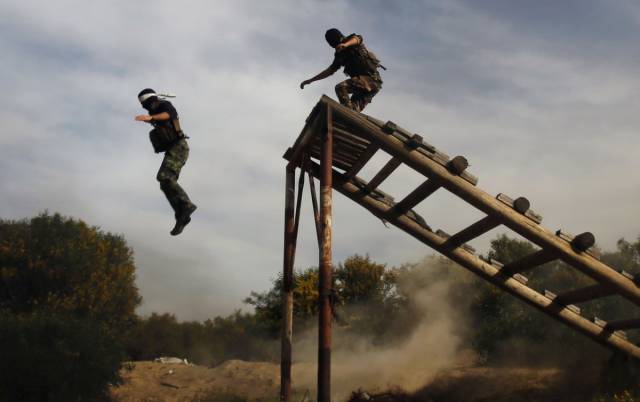 In Syria, members of the Kurdish YPG train on monkey bars and fire obstacles. 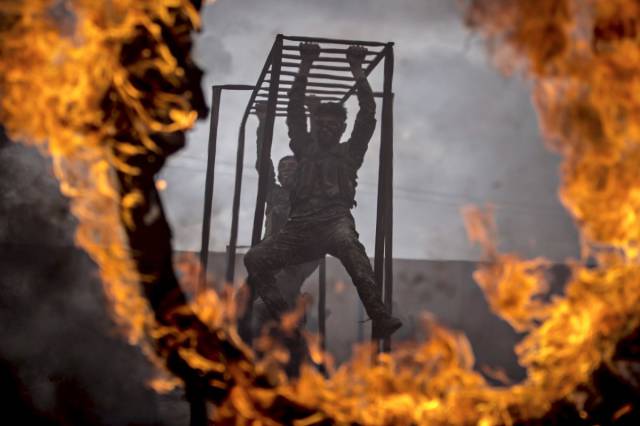 Like the YPG, Iraq's Shia militias are one of the major ground forces fighting ISIS. Here, members of a militia demonstrate close-quarter combat skills at a graduation ceremony. 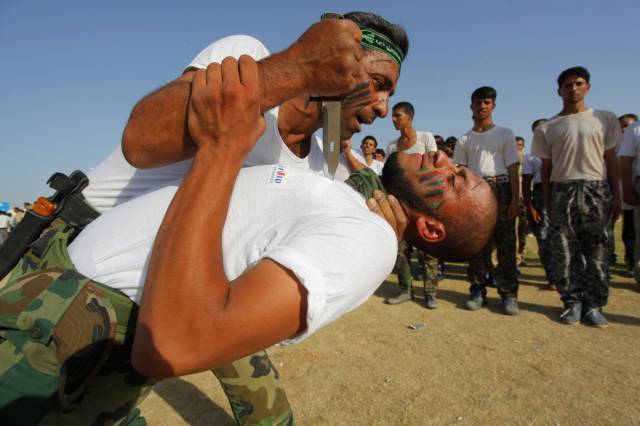 Other Shia militias in Iraq require their members to take part in desert field-training exercises before graduation. 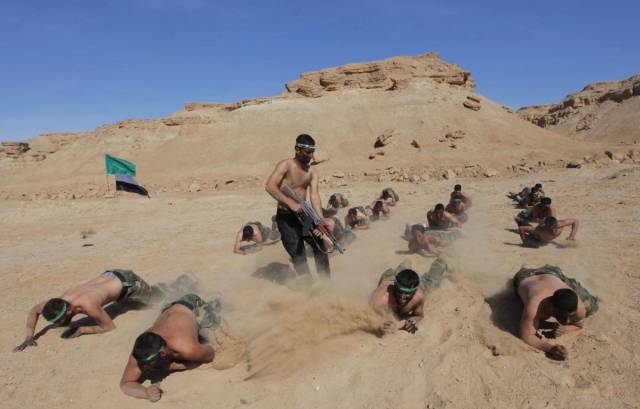 You've seen some of the most intense military training regimes around the world ... 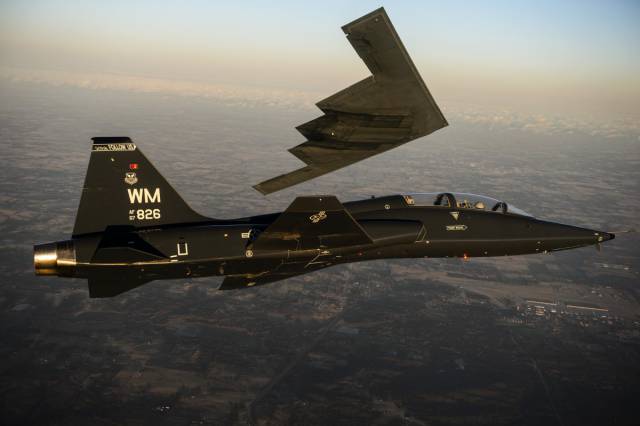 zerifu 5 year s ago
lolololol try to search for BOPE from brazil....make all these guys training looking like girls
Reply
0

Selected 9 month s ago
... the only real training in all militaries of the world consist of not puking when you smell, eat and/or crawl through decomposing organic matter. Everything else is secondary...
Reply