All of its burgers, whether made of minced beef, fish or vegetables, come with lashings of kimchi

Minced beef and bread costs $1.70 , roughly the same price as a McDonald’s cheeseburger in the UK but almost half the daily income of an average North Korean. The average wage in North Korea last year was just under $1000 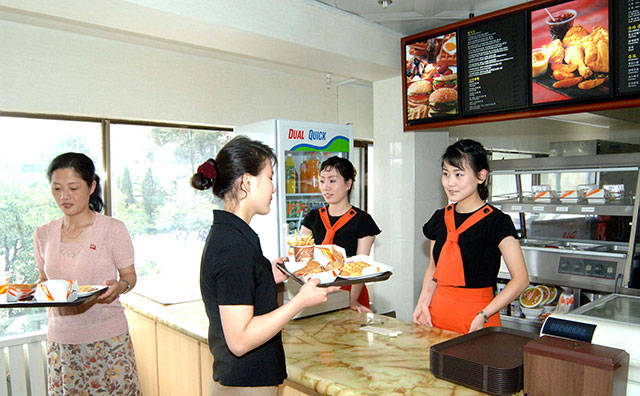 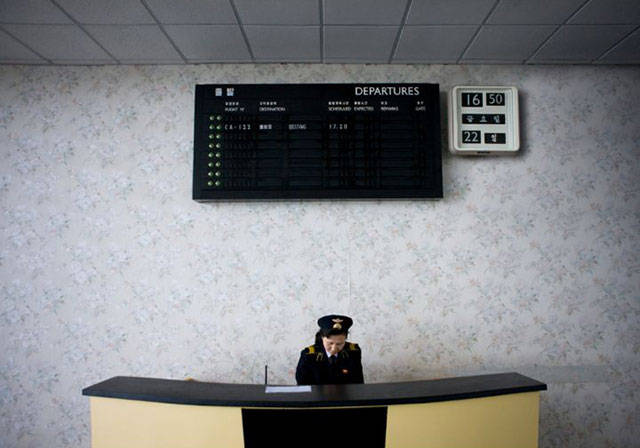 An eight-lane super highway in North Korea is almost devoid of traffic in this image taken by Swedish photographer Björn Bergman. The road – which stretches around 160km from capital Pyongyang to the border with South Korea – is also in a state of disrepair 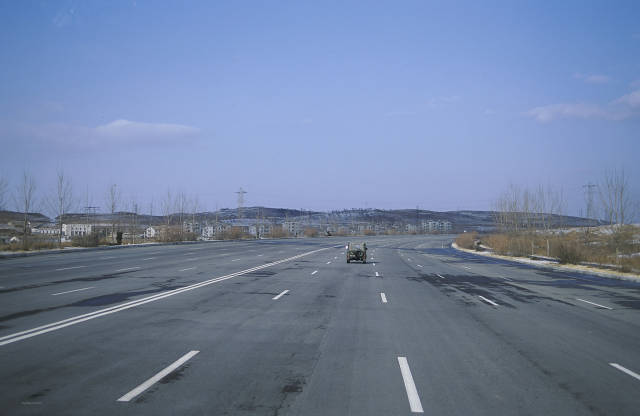 With advertising non-existent, these are the kind of billboards that exist in North Korea 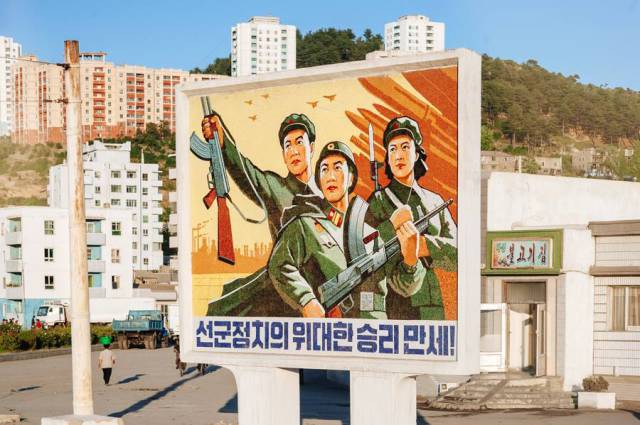 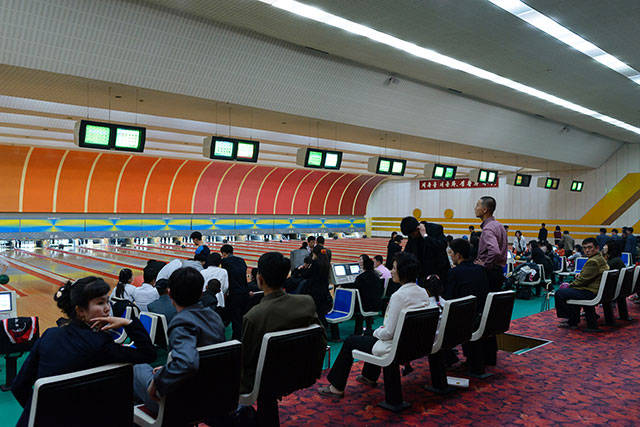 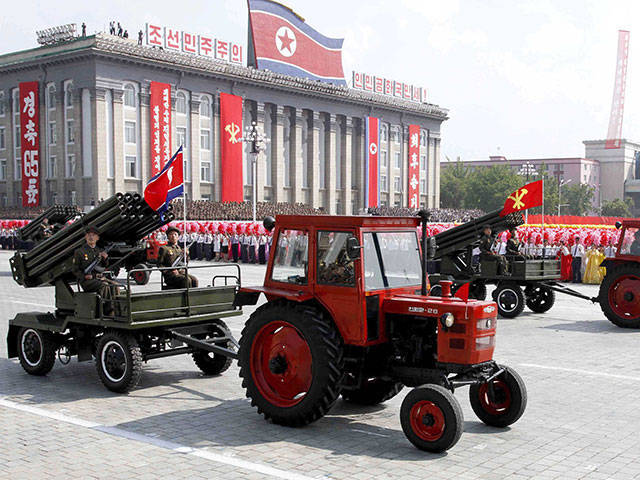 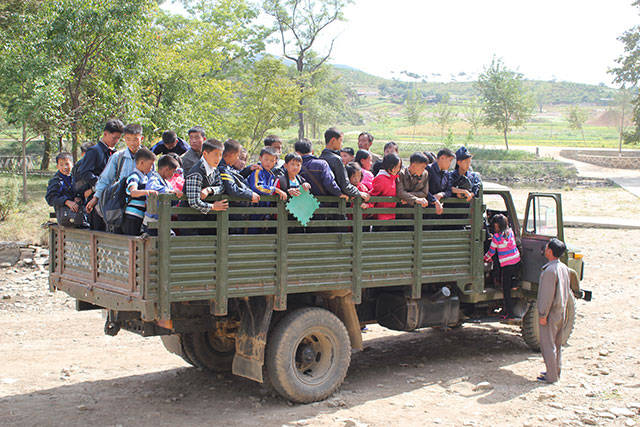 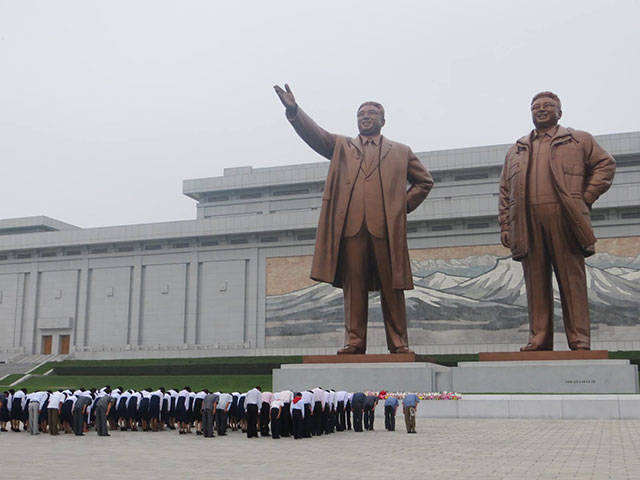 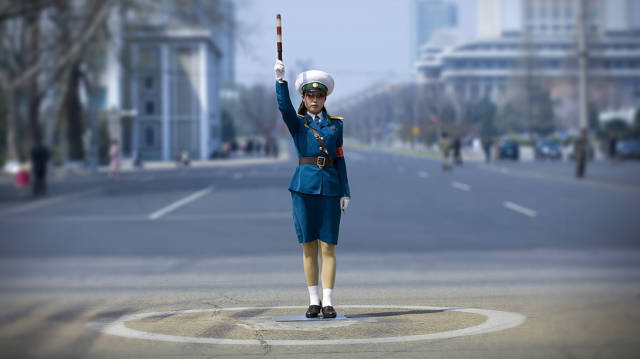 Breakfast at the Yanggakdo Hotel, Pyongyang 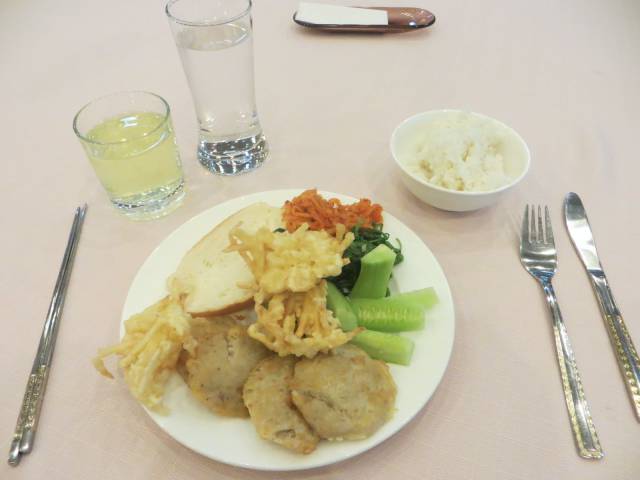 For a long time, bans against black market sales have been strictly enforced. Grey market vendors are more common. They earn a little money selling cigarettes or sweets. 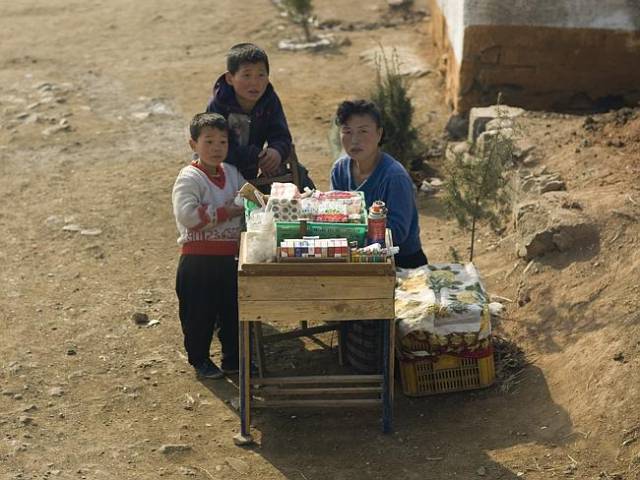 How the children slept at the orphanage 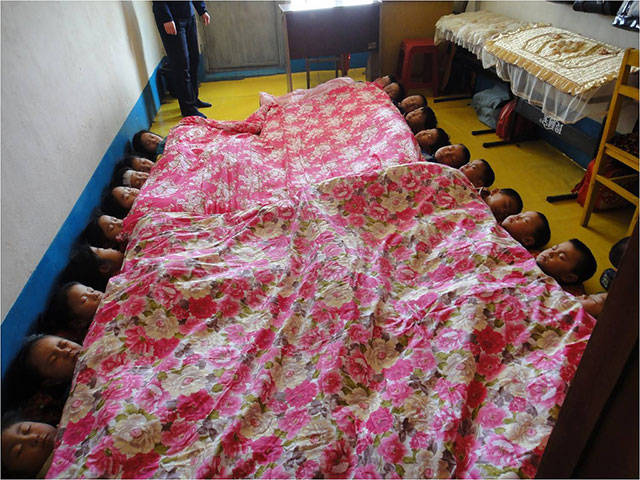 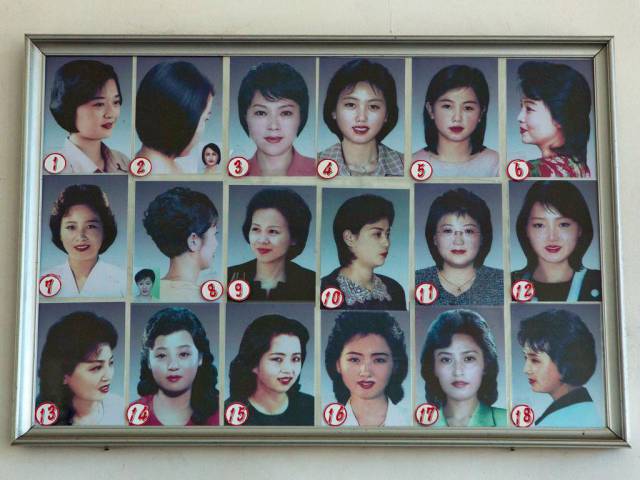 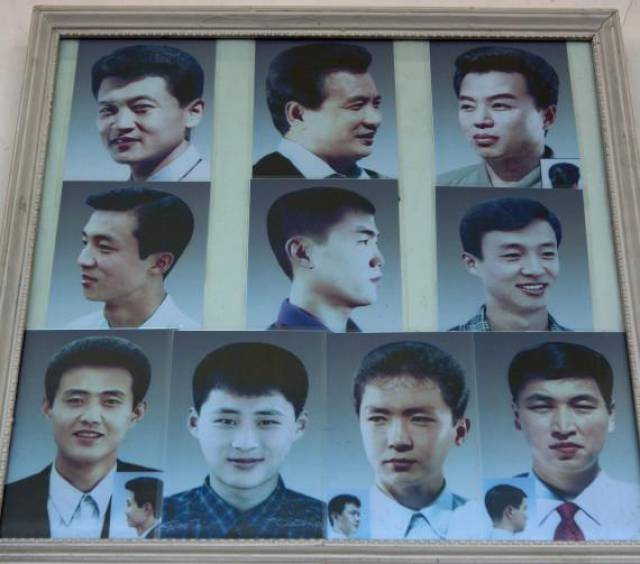 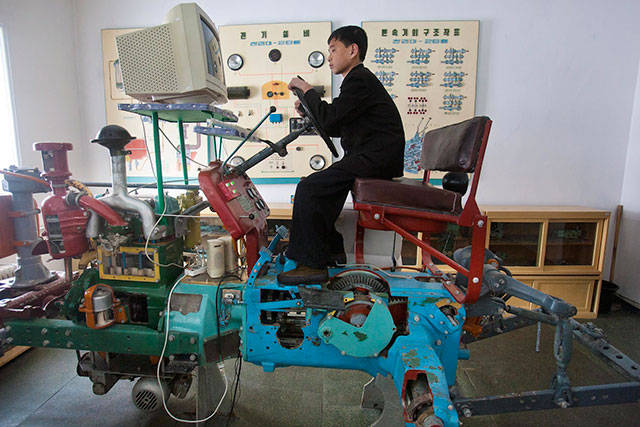 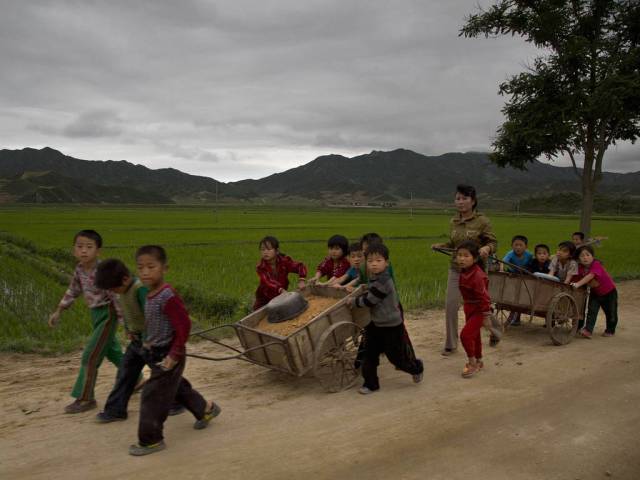 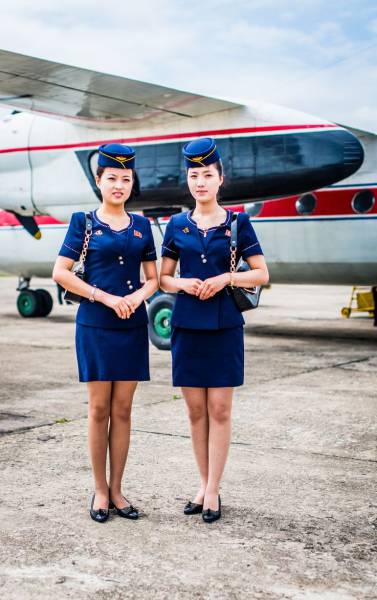 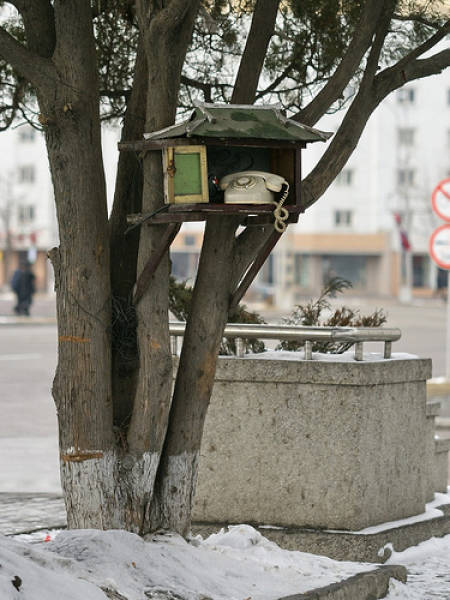 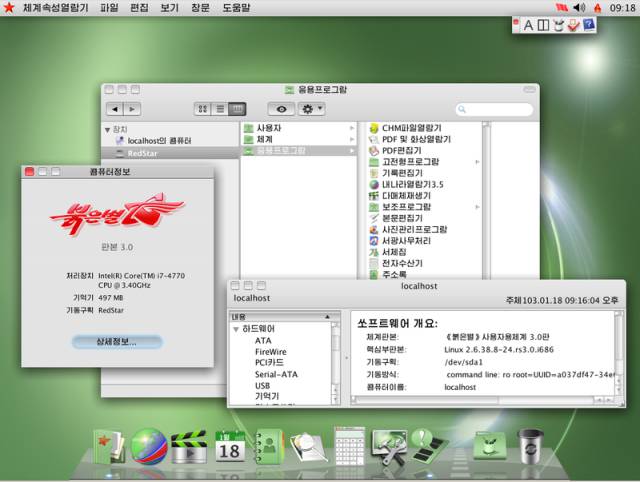 North Korean Elections – North Korean dictator Kim Jong Un was elected with 100% of the votes. The ballot listed only him. Citizens are allowed to cross out his name and write in a new one, but they must step outside the election booth to do so, and write down the new name in front of election officials. 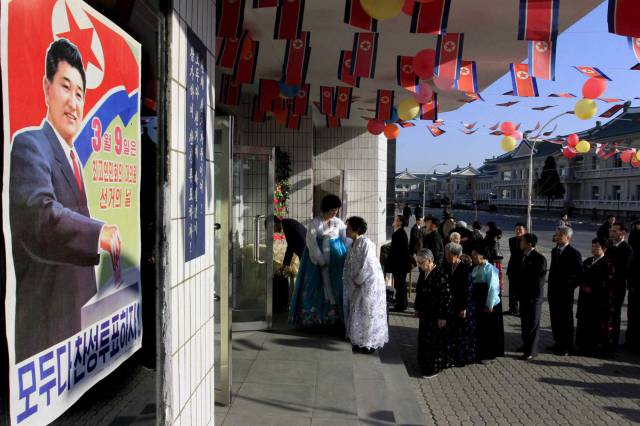 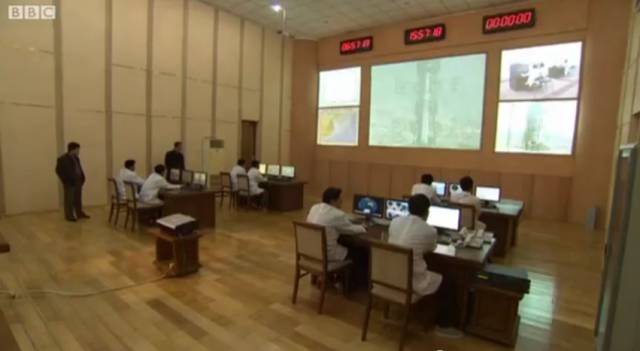 Chronic food shortages in North Korea have made people desperate for food. Here is a man collecting grass from parks 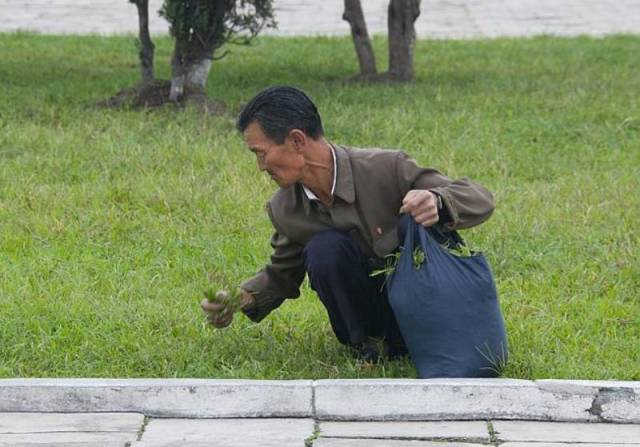 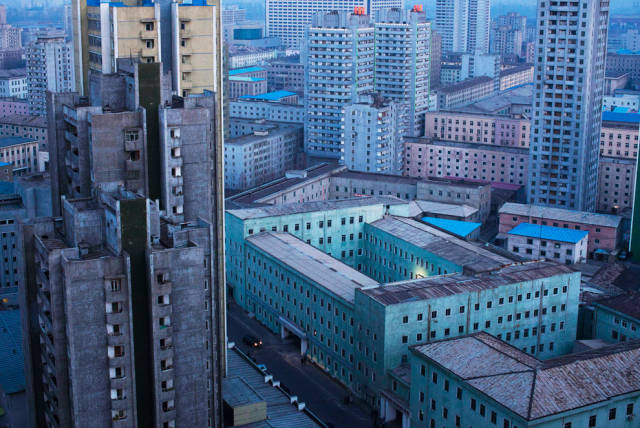 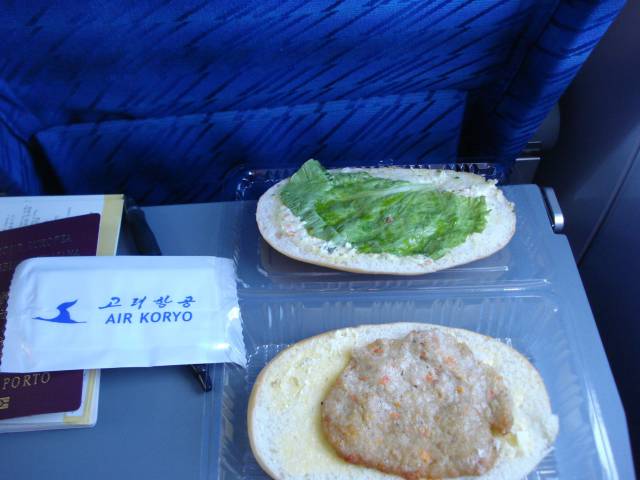 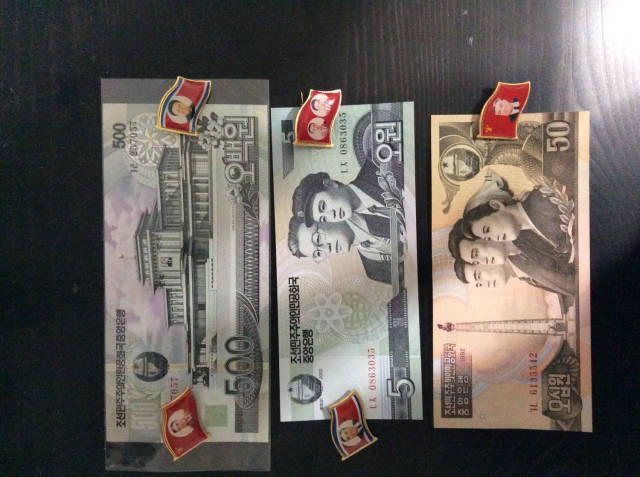 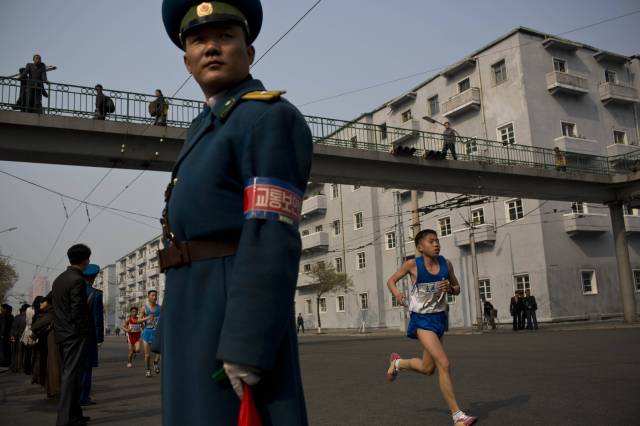 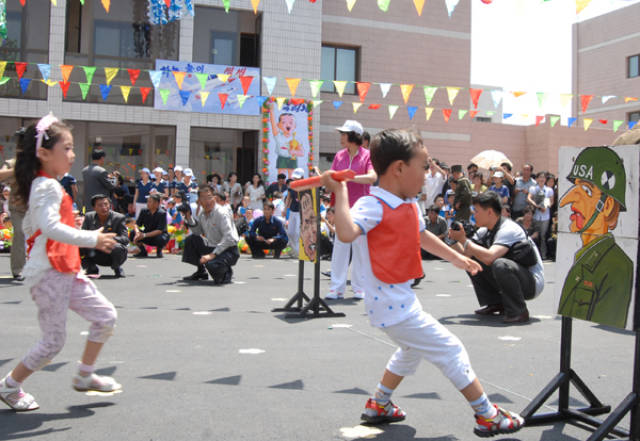 This is North Korea at night 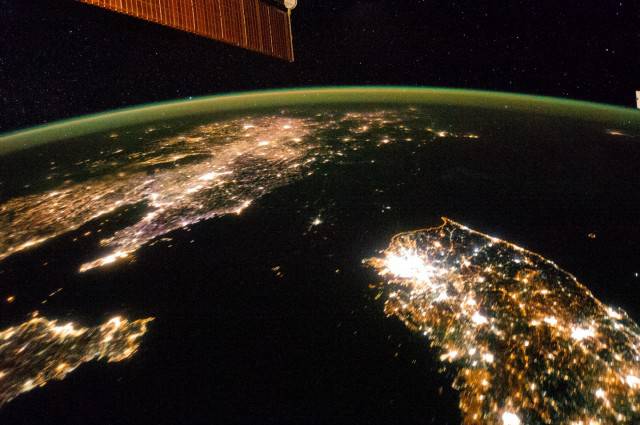 Chickenthief 5 year s ago
Why dont we just kill that snot nose and set them free?
Reply
-1

eco26 5 year s ago
I don't believe any photos in the set except the last.
It's nothing but a propaganda campaign.
Reply
-2

peter.morley.39904 5 year s ago
Life over there can't be as bad as we portray it in the west. People are not idiots and they tend not to settle for oppression for great periods of time. Ultimately, tyrannical leaders are always overthrown.
Reply
3

gigantes 5 year s ago
you are very much mistaken on that score. we know what things are like from numerous travelogues by world citizens and from a few escapees. we have plenty of photos and descriptions of how things are over there. if anything, the press UNDER-represents how pitiful the situation is.

and your last statement barely applies. those people are conditioned since birth to the cult of the kims and led to believe that their long hours and minimal living conditions are due to america persecuting them. in their eyes, kim is doing his very best to keep them alive despite everything. those who fail to share that full belief tend to disappear overnight, along with their families.
Reply
-1

posadnik 5 year s ago
unfortunately for your viewpoint, I've seen some "travelogues by world citizens" too. Life there is tough, but it's THEIR life. The set is really a frameup, made to irritate the western viewer, sometimes even using the Photoshop to make the picture gloomier.
Also, you'll be surprised if you see the full picture of life in the _South_ Korea. About same degree of totalitarian control (say, they claim 150 000 dissidents to be missing in just 1979-87, when Chun Doo-hwan ruled the country) , but performed much differently.
Reply