Inside the Airplane Bedrooms Where Flight Attendants Sleep on Long Flights 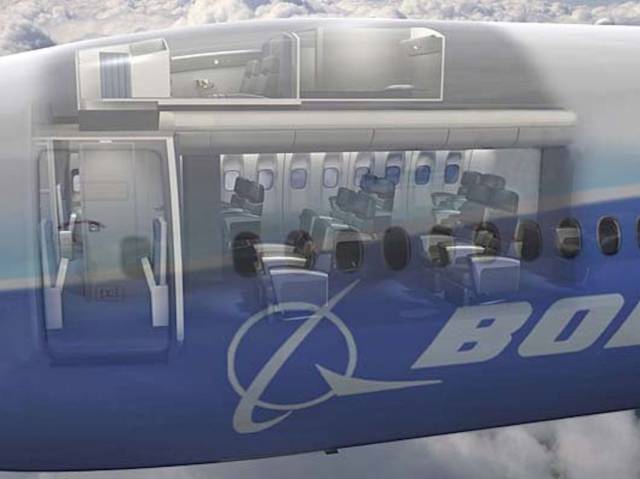 It depends on the plane, but usually crew rest areas are hidden behind the cockpit, above first class, like on this Boeing 777. 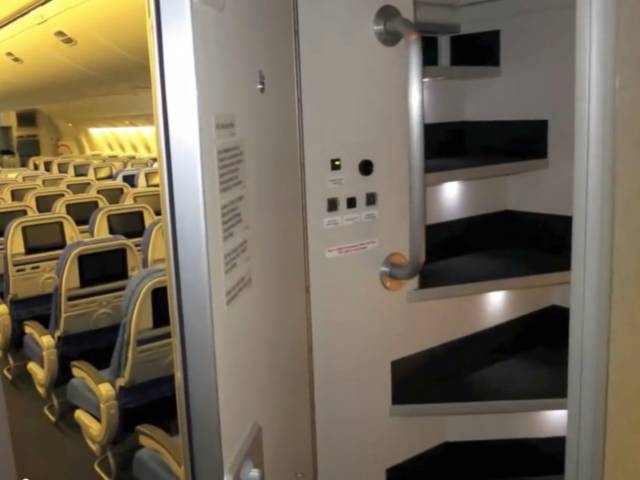 Secret stairs lead up to the bedrooms where the cabin crew sleeps. 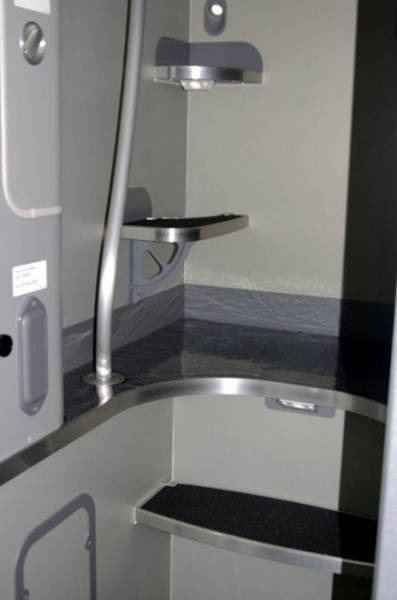 The steps are hidden behind an inconspicuous door that's usually near the cockpit. Usually, a code or key is needed to open it. 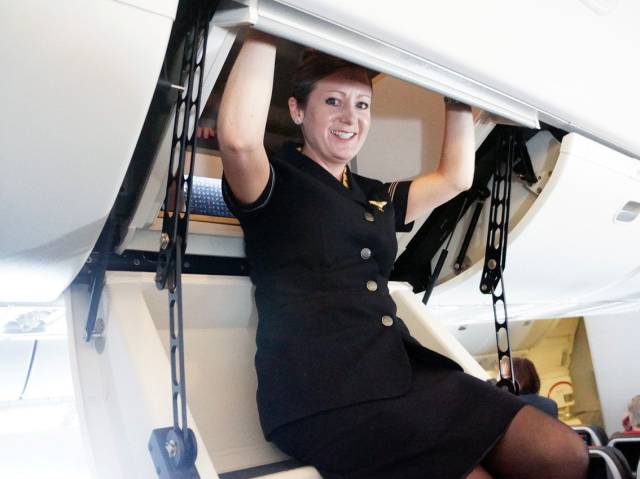 But some cabins are entered through a secret hatch that looks like a typical overhead bin. This is on American Airline's Boeing 773. 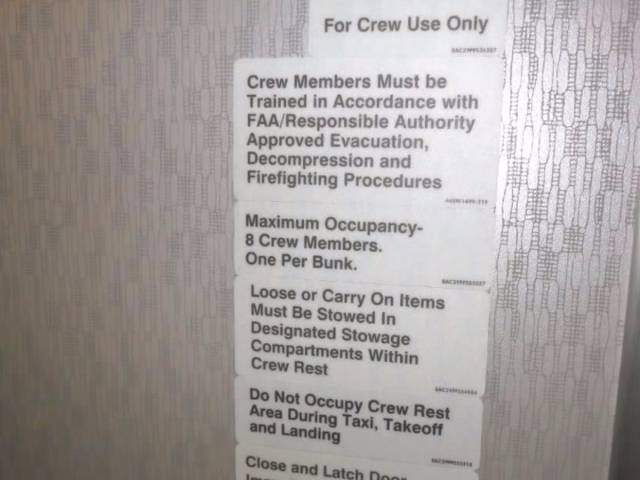 A sign divulges what's behind these doors (eight crew member bunks), though you've probably never read it that closely. 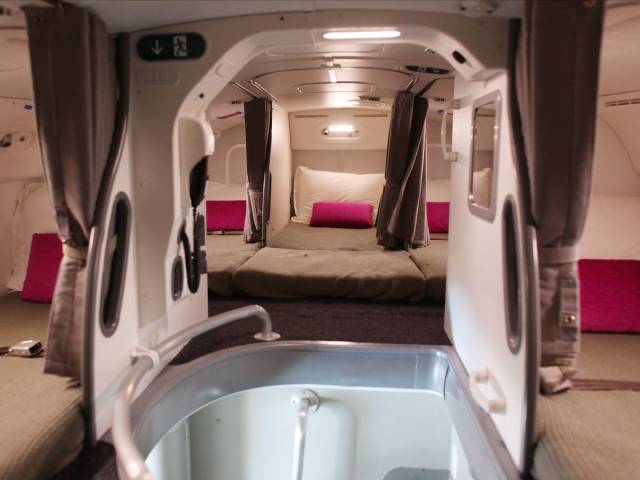 Upstairs are cramped, windowless bedrooms with eight beds (or seven, depending on the airline). This is the cabin's rest area on the Boeing 787 Dreamliner. 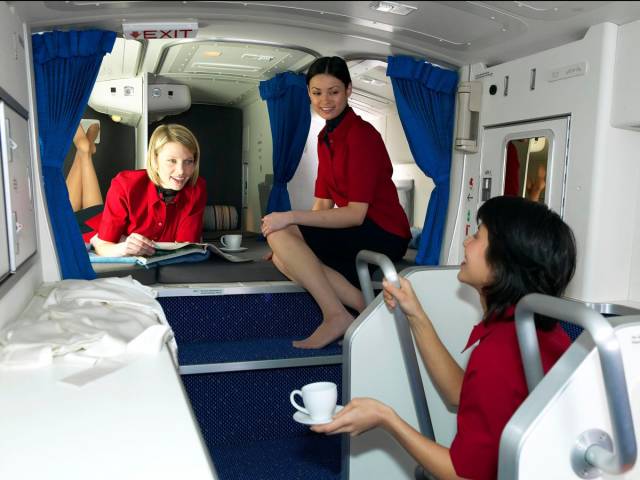 The crew certainly seems to enjoy the overhead rest areas on Boeing 777s, which, depending on the airline, can fit six to 10 bunks, as well as personal storage space for each crew member. 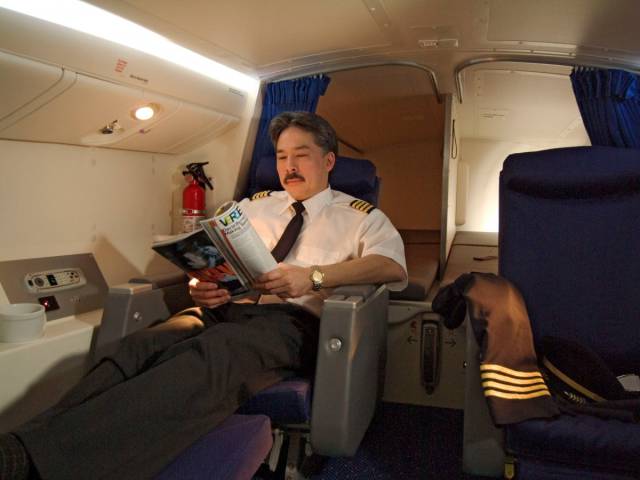 On the Boeing 777, pilots have their own overhead sleeping compartments, which feature two roomy sleeping berths, as well as two business-class seats, and enough room for a closet, sink, or lavatory, depending on the airline. 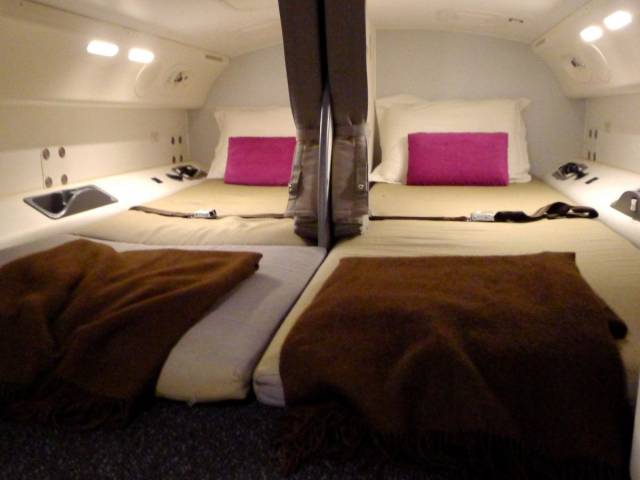 The beds, which are generally around six feet long and two and a half feet wide, are partitioned by heavy curtains meant to muffle noise. 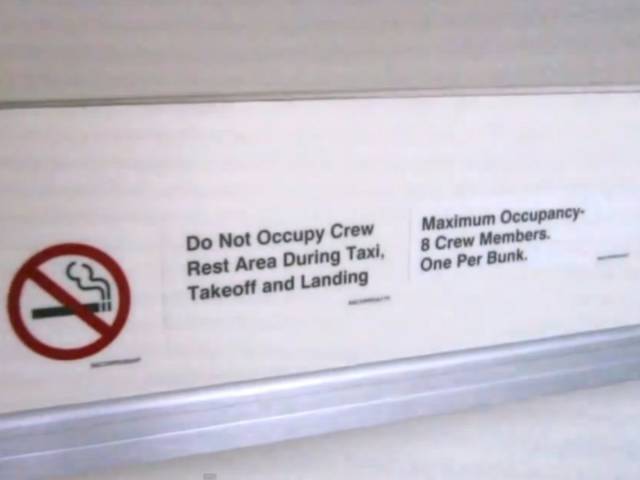 But asides from stifling sounds, curtains seem to be there for more than just privacy. The strict "one per bunk" warning advises against any funny business. 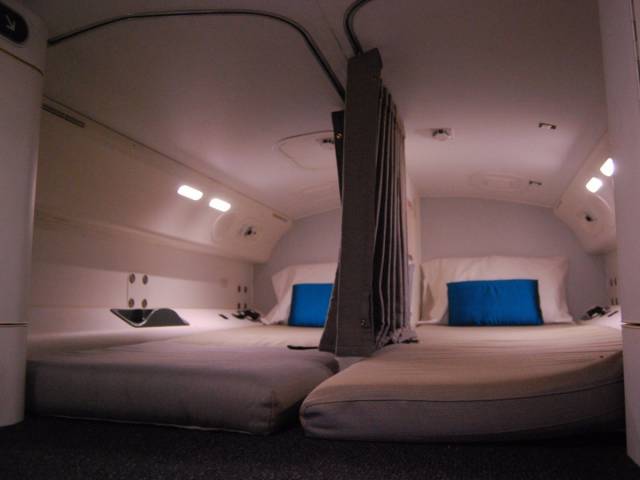 Bunks generally have reading lights, hooks, and mirrors, as well as some personal storage space. Usually they come with blankets and pillows, occasionally even pajamas. 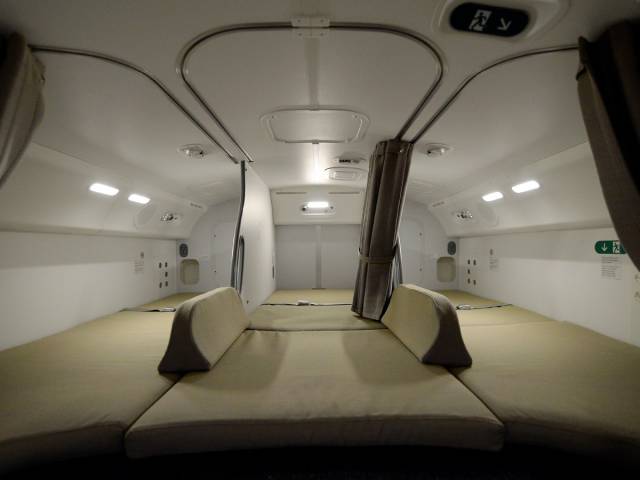 Though some — and this varies by airline — are a little more high end, and feature entertainment systems. Some airplanes, like this Air Canada's Boeing 787 Dreamliner, have flat, open sleeping areas. 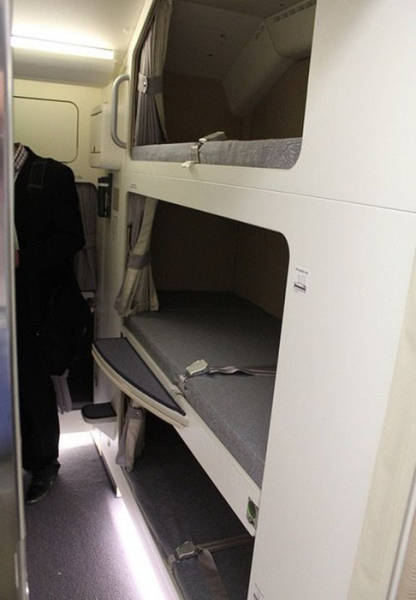 Others have bunk beds that are stacked on top of each other, like this Malaysian Air A380 plane. 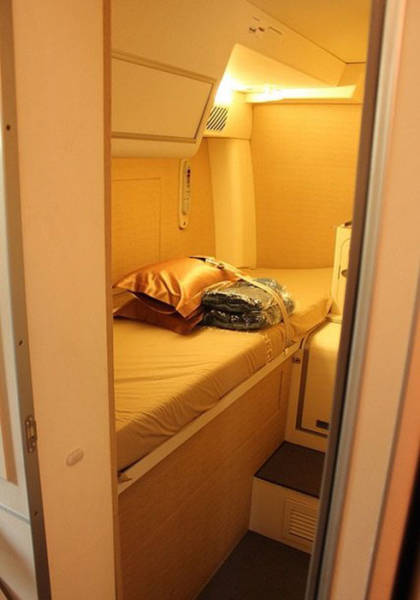 While most beds seem claustrophobic, this cabin on Singapore's Airbus A380 looks comfortable. 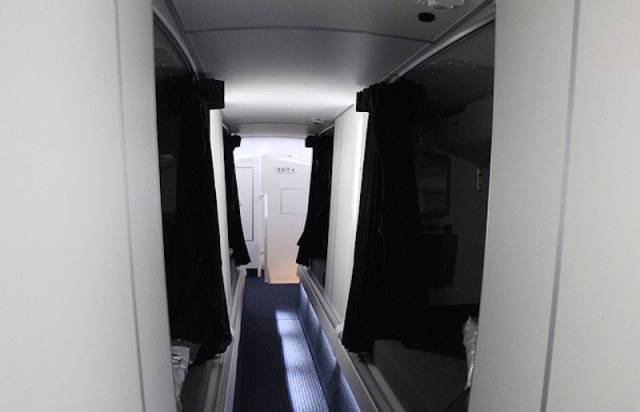 Other planes, like this American Airlines Boeing 773, have partitioned-off beds along an aisle. The aisle is so low that you have to duck to walk through it. 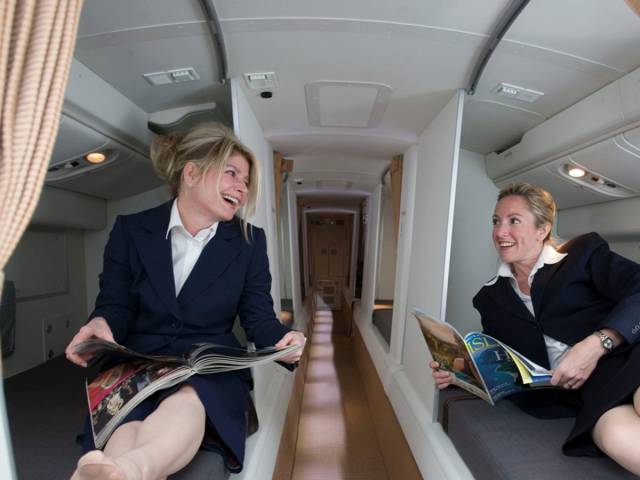 There's no room to stand up. 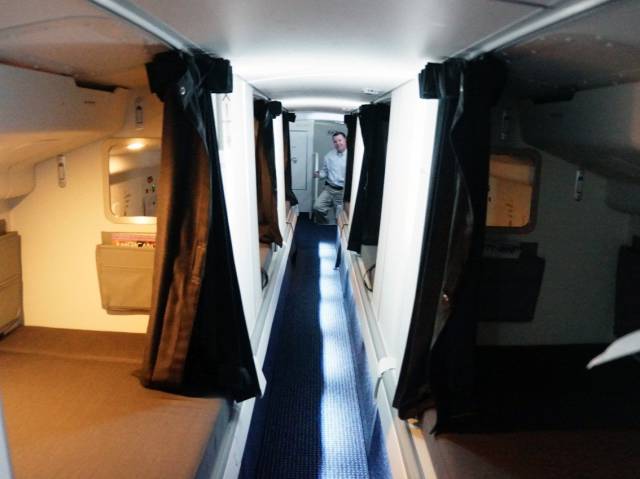 To get back out to the main cabin, an emergency exit under one of the beds leads straight into the cabin, through an overhead bin that's locked from the outside.