29 year old Eddie and 26 year old Angie from Phoenix were renovating their kitchen when they came across this old safe in their floor. What they found inside was pretty exciting!

Where to start… we moved into our fixer-upper home two years ago and we’re finally getting around to the kitchen renovation. Eddie is DIY (enough) and saving us some money. It’s cute.

During the demolition, we found this safe in the floor – the safe revealed itself when we tore down the kitchen island.

To my knowledge, our home has had 6 previous owners – A hunch the safe didn’t belong to the last owners who seemed to like cats and smoking. 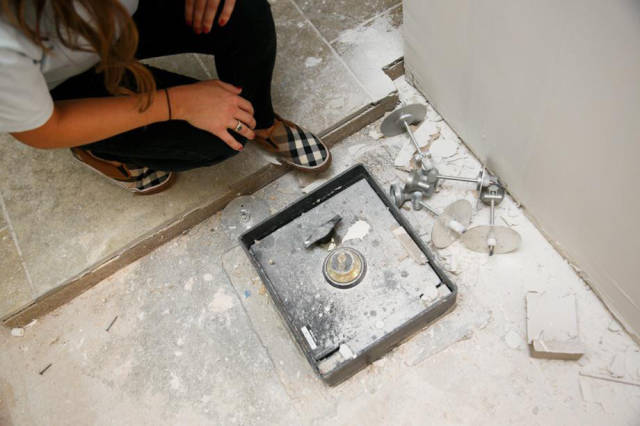 When we first moved in we found a safe code in the back of a medicine cabinet but never found a safe. Still, I saved the little code just in case.

The safe looks like it’s about 10-20 years old. After a half dozen attempts it actually worked! 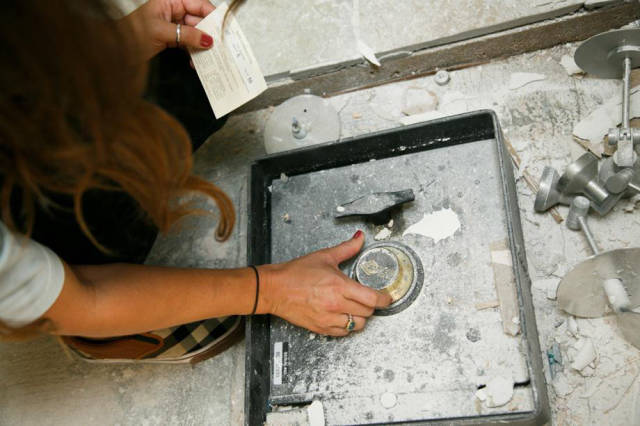 We stared in disbelief. Time stood still. I started to reach in the safe and Eddie yelled, ‘Wait it might be booby trapped!’ I’m still laughing at that one.
3 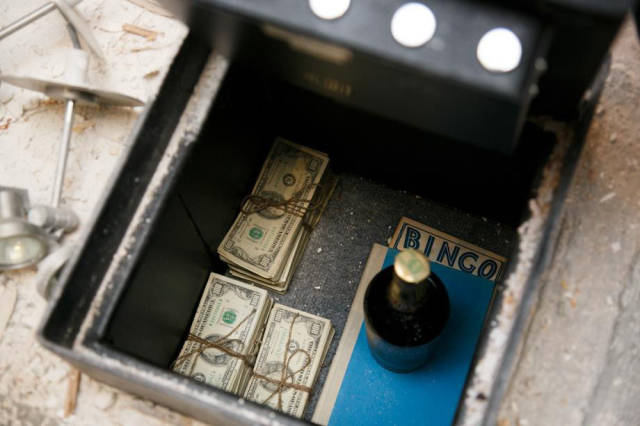 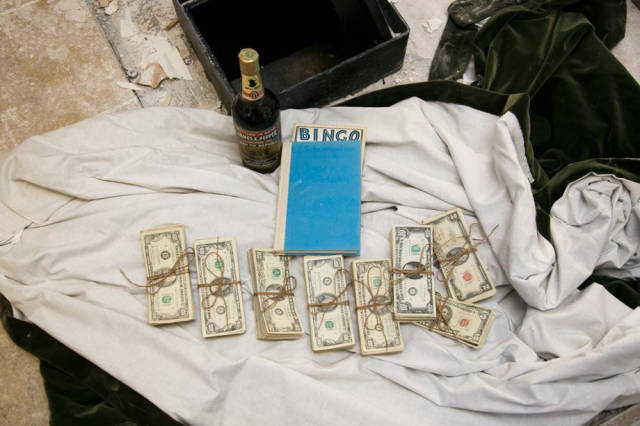 There is a bottle of James E Pepper. Wikipedia time!!!! James E. Pepper is credited as the inventor of the “Old Fashioned”
5 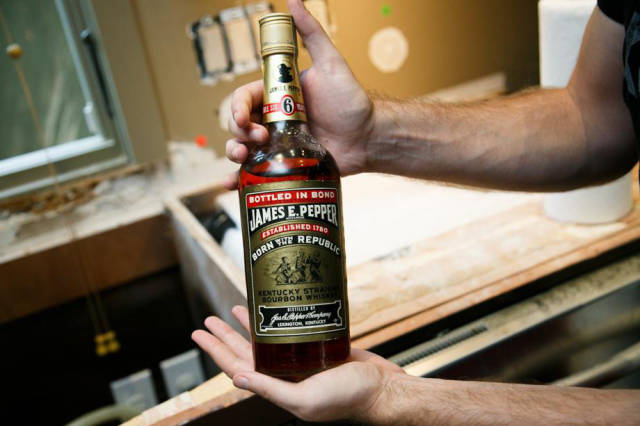 The seal is still unbroken. Tax stamp reads 1960, aged 6 years. My wiki research suggests this Bourbon is as about as rare as it comes. We like bourbon, a lot.
6 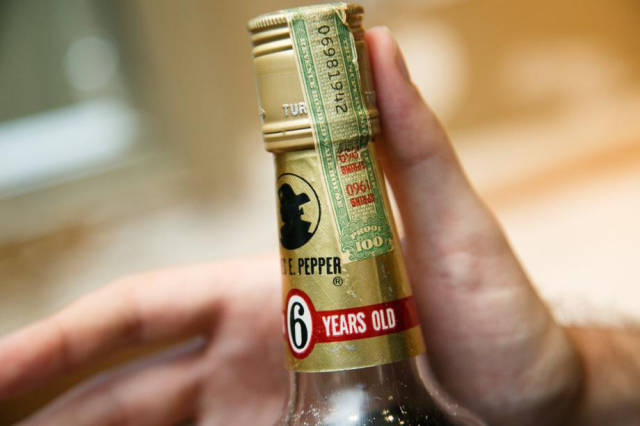 The book was more of a mystery, sill is. A Guide for the Perplexed by E.F. Schumacher. Published in 1977. 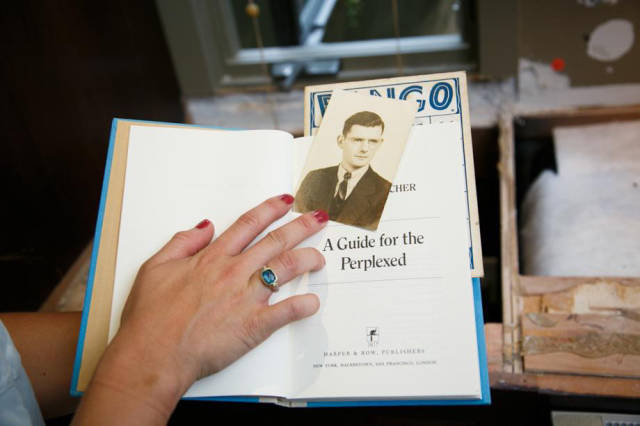 On the back of the photo is a note which reads,

I have a book you must read. I’ve underlined a few key passages. 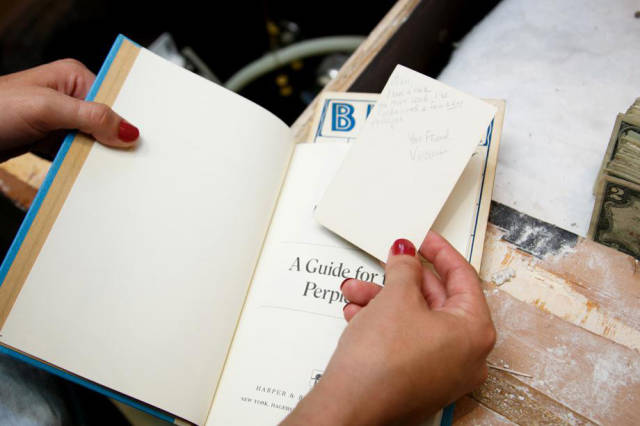 Page 7 – This isn’t a book mark. It’s more like an old style flash card with the state of Arizona in it. We live in Phoenix and there’s an ‘X mark’ in pencil over Mesa, AZ. We forgot to take a photo of the front but it’s an outline of the state of Arizona highlighted green amongst the other “Mountain States.”
9 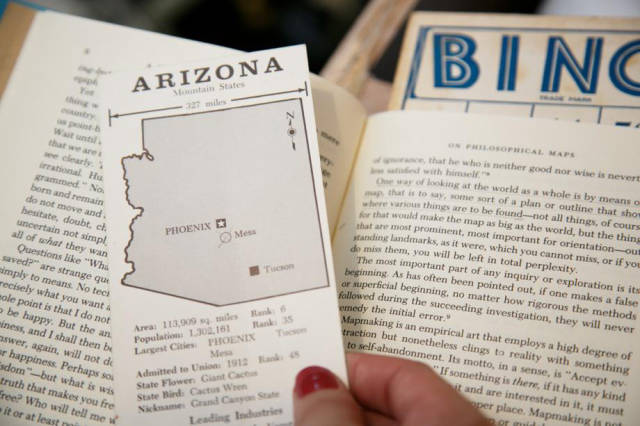 The underlined passage of the chapter titled, ‘On Philosophical Maps’ reads,

“One way of looking at the world as a whole is by means of a map, that is to say, some sort of plan or outline that shows where various things are to be found.” 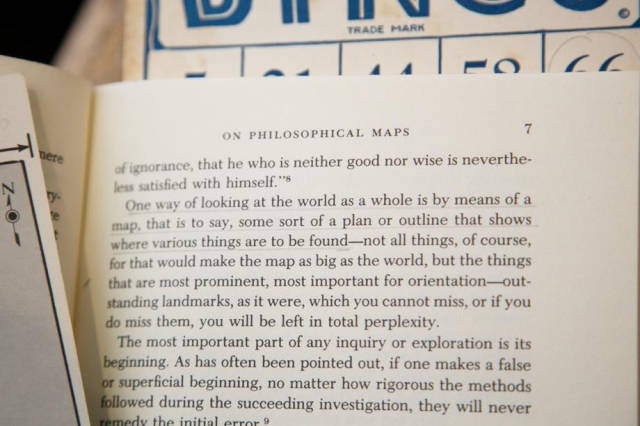 Page 11 – A photo of a house or old estate beneath the sentence, “There yielded such fruitful results.”
11 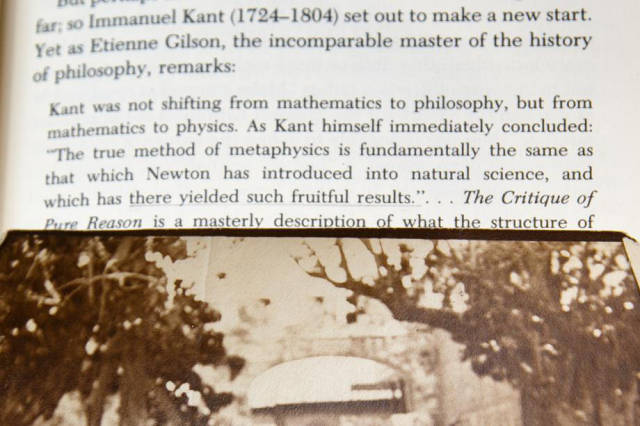 Back of photo reads – “Where one tree becomes three” – I assume he’s referring to the tree here on the left.
12 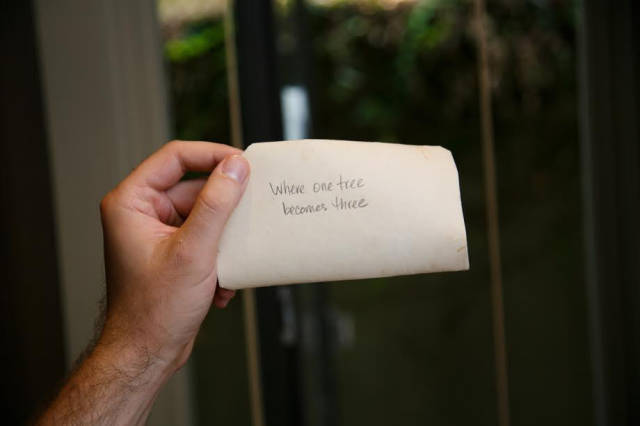 There might be a keen eye out there who recognizes this place and I’d be curious about that three-headed tree!
13 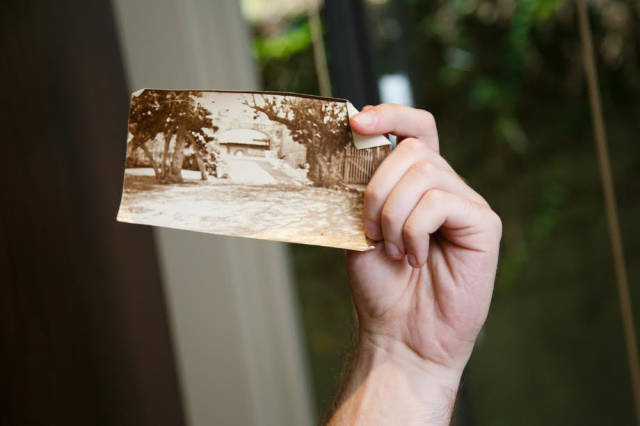 Page 14 – “Most Modern Readers will be reluctant to believe that perfect happiness is attainable by methods of which their modern world knows nothing.”
14 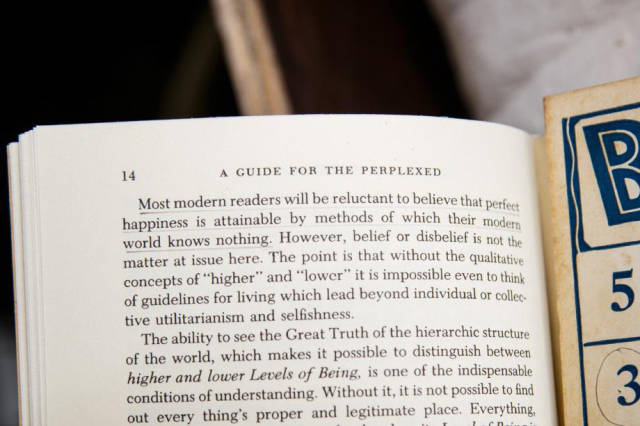 Then that Bingo card – One can only speculate. Eddie pointed out that our safe had a 3 digit code. Perhaps this is the code to the other safe but maybe he really liked bingo?
15 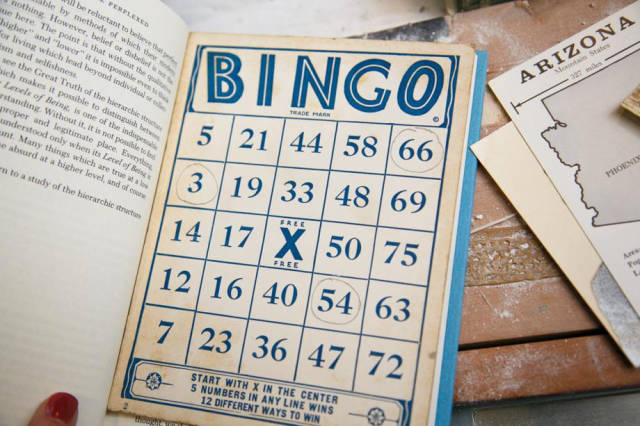 We haven’t decided what we’re going to do with the money yet. If Alan is still out there, it was meant for him after all.

But we’re keeping the bourbon! 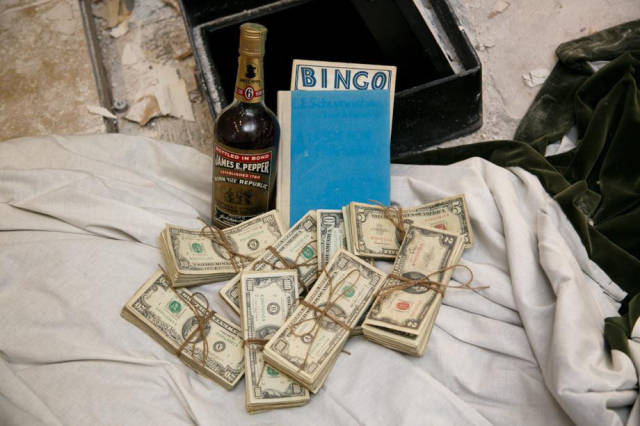