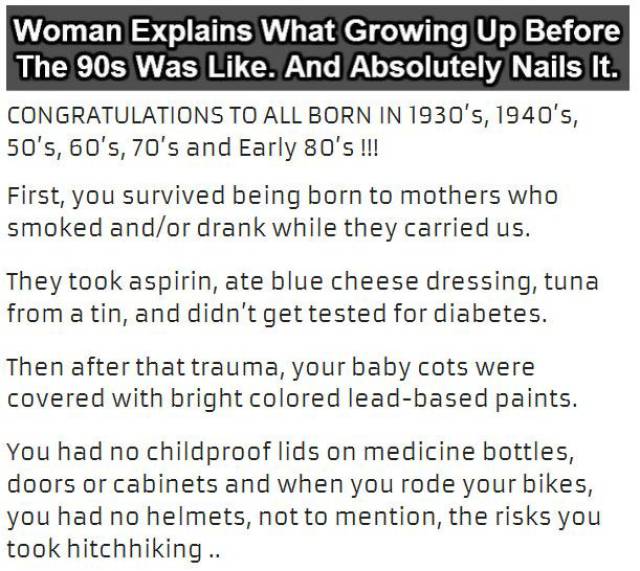 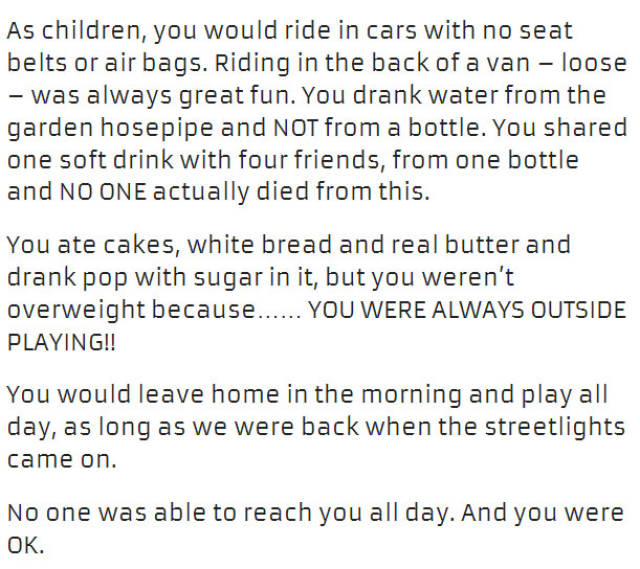 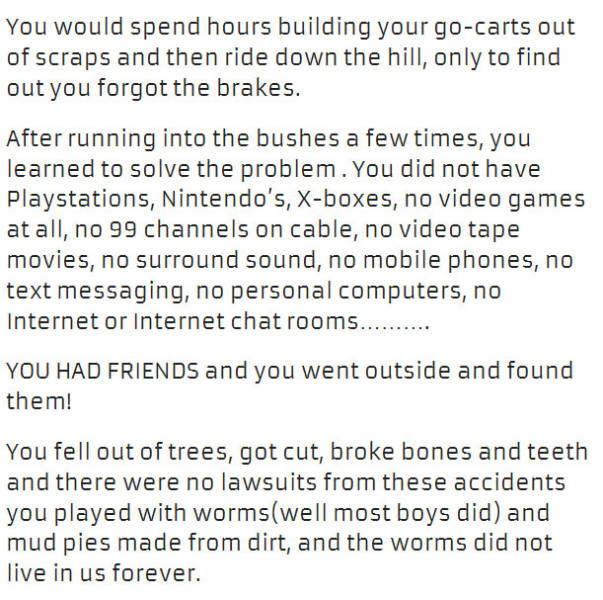 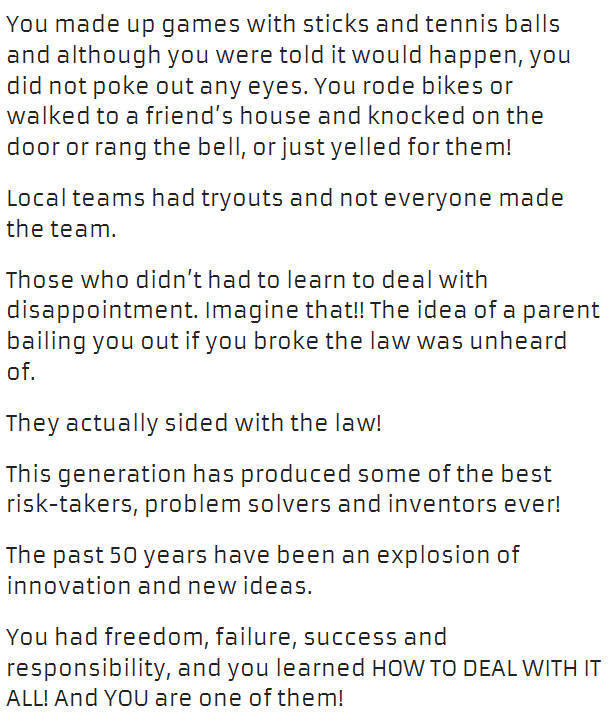 puskas78 4 year s ago
This is one of the stupidest posts ever on this site. I was born in 1978 so I know how stupid it is. I had a difficult childhood and it didn't make me stronger than modern people.

#1:
The children of mothers who smoked or drank while pregnant are usually not healthy.

Yes, my home had no childproof lids on medicine bottles. I had to be hospitalized when I ate some of Mom's pills.
"The risks you took hitchhiking" No, it was not allowed.

#2: I was never overweight because I didn't eat much and hated most candy, not because I was always outside playing. It was often not allowed. If I had listened to my parents and grandparents, I would be fat now.

#3: Do you think everyone had such a happy childhood?
And I had TV with many channels. That's the reason why I speak English and I'm not an illiterate moron, not the crappy school.

"You fell out of trees, got cut, broke bones..."
No, I was very careful because I was afraid that I will no more be allowed outside.

#4 WTF?
"The idea of a parent bailing you out if you broke the law was unheard of. They actually sided with the law!"
Yes, my father would have probably not protested if I had been sentenced to death for stealing. It was not law I was afraid of.

This was a horrible post. By rehosting this stupid meme, you ridicule the people born after the early 80's, and you ridicule the people born before, but in a different way. If I were you, I would stop the site but leave this mess up as a confession. You should apologize to all people who are damaged by smoking or drinking mothers, all people who grew up in Communist countries and never learned what freedom is, and many others.
Reply
0

izzimyfizzi 4 year s ago
Sucks to be you.
Reply
0

djp 4 year s ago
Nowadays, parents believe the lies their children make up and then lie, themselves (often in front of the kids) to authority figures to get their children out of trouble or into cinemas to watch films they're too young to see.

These parents were the children who grew up in the 70/80's. They should be ashamed of themselves.
Reply
1

baniwe 4 year s ago
and the ones who didn't survive all of the descripted situation they can't read that :p
Reply