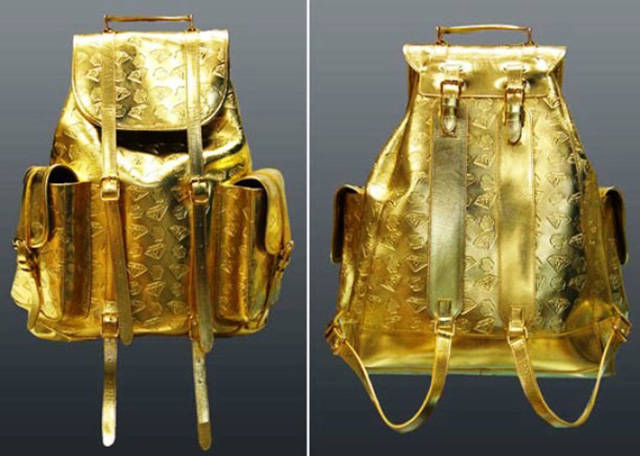 Presley´s barber Homer Gill Gilleland kept locks of the singer´s hair and after Presley´s death, he started to sell them. In November 2002, one of the locks was sold for $115,000 at an online auction. 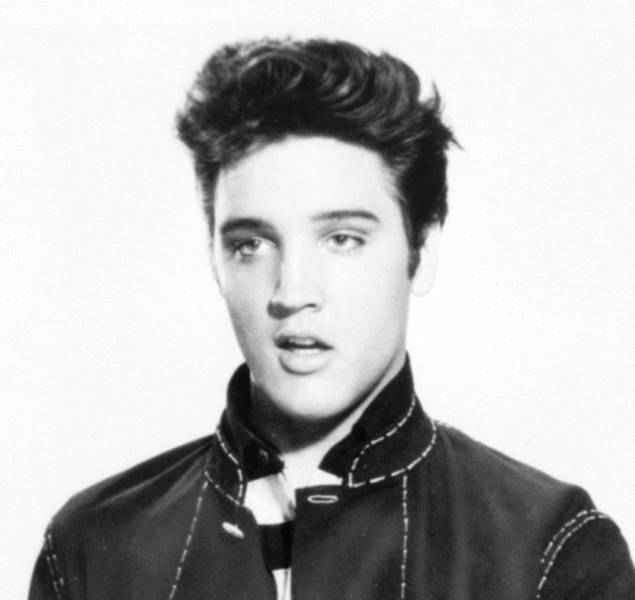 A California-based company, Gläce Luxury Ice Co produces perfectly square ice blocks for “minimum dilution and maximum cooling”. Hand-carved and completely clear, these cubes are sold in bags of 50 and each bag costs $325. 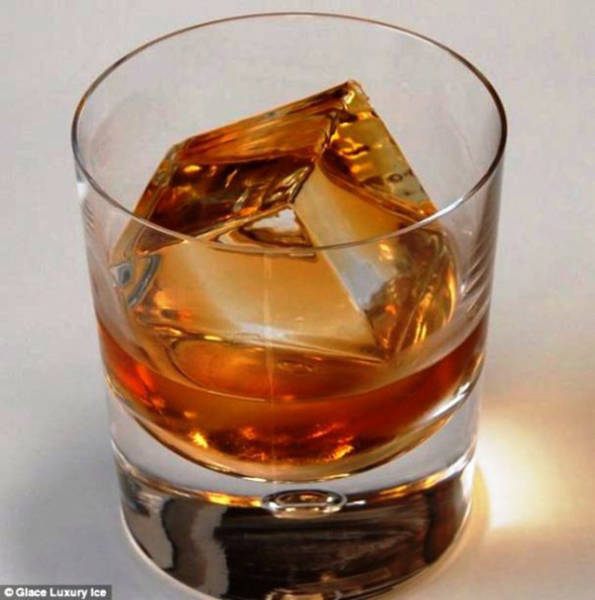 An increasingly popular sporting item, a Frisbee usually doesn’t cost more than a few dollars, that is unless you pick the one produced by Geoffrey Parker. Made from premium leather, this flying disc will cost you about $305. 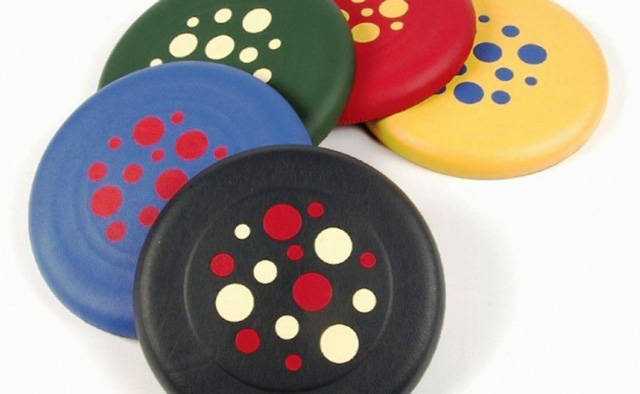 If you find iPhones expensive, you have probably never heard of the iPhone 5 model recreated by Stuart Hughes, a British luxurious jeweler. Coming in at $16,764,000, the phone is made from 24-carat gold, 26-carat black diamond and 600 precious stones. 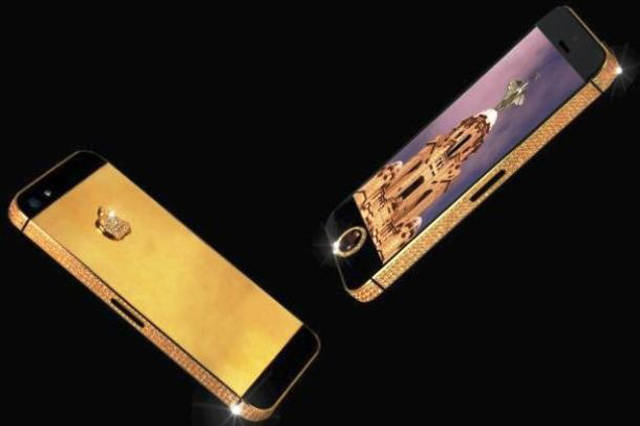 Yes, if you are rich (and crazy) enough, you can buy a town. In 2002, the town of Bridgeville, California, was sold for $1.77 million in an eBay auction. Originally, the new owner wanted to revamp the town, however he sold it a few years later. 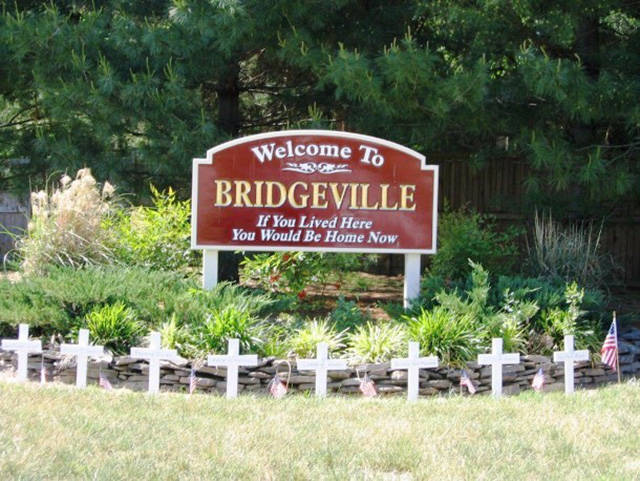 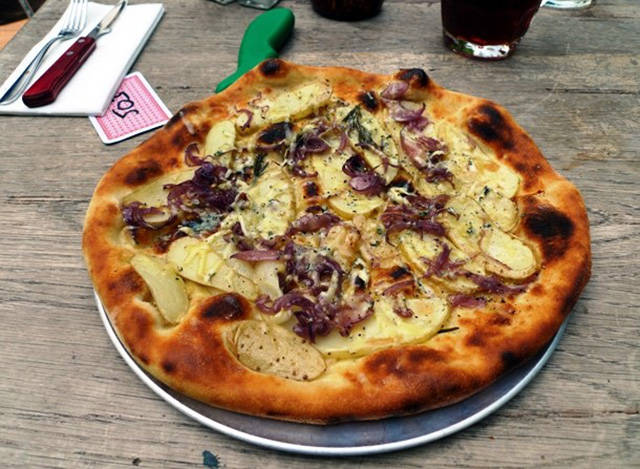 How much would you guess a computer mouse costs these days? $20, $30, $100 bucks maybe? Try $34,000. This is the running price for this luxurious mouse which is decorated with white Austrian strass and Swarowski crystals. 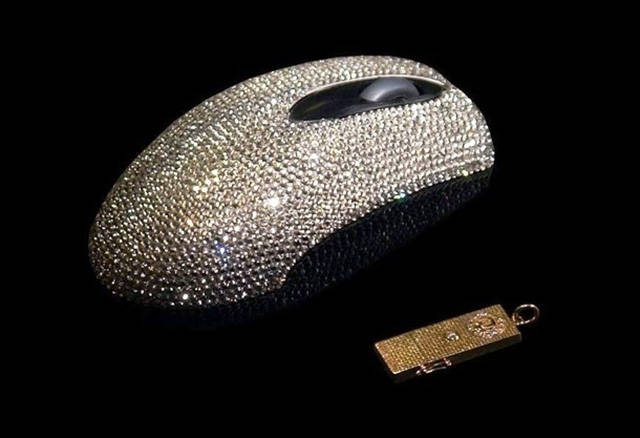 Manufactured by Goldgenie, a company that specializes in the customization of households items, this racing bike is covered with a lustrous layer of 24-karat gold. For the exquisite price of $500,000 you can own this equally exquisite bike. 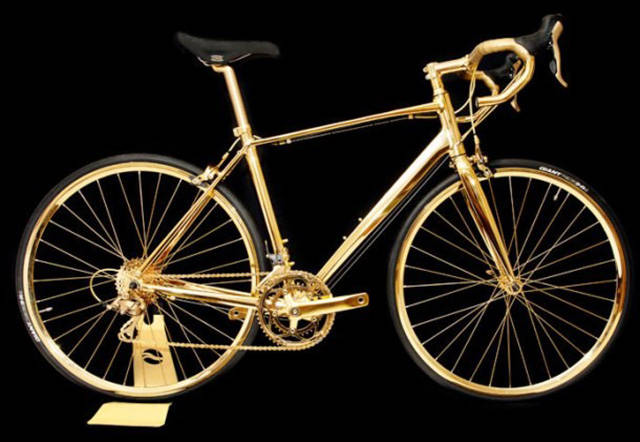 With a price tag of almost $14,500, the Gigi’s cocktail was created for actress Grace Jones at the opening of Gigi’s restaurant in London. The cocktail was made from a luxurious mix of 1990 Vintage Cristal and an extremely rare 1888 Samalens Vieille Relique Vintage Bas Armagnac brandy, topped with Angostura Bitters and “lashings” of gold leaf. 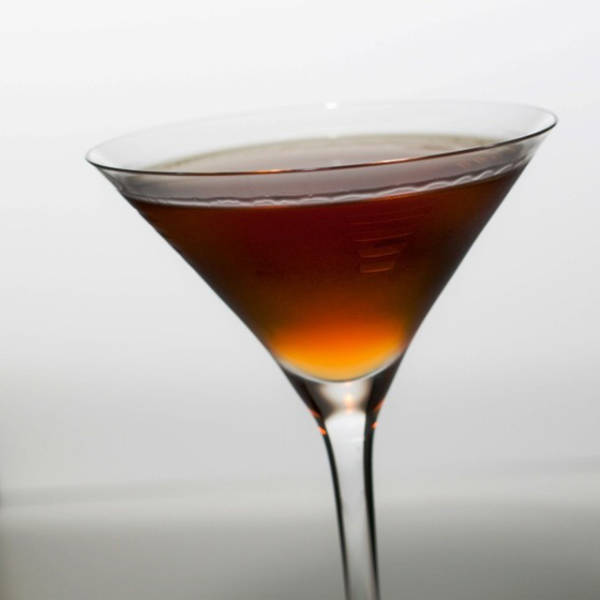 In August 2003, Sharon Stone´s fan Joni Rimm paid $50,000 for a kiss with her idol. Probably the most expensive kiss in history, the snog lasted 45 seconds and it was – according to the onlookers – quite passionate. 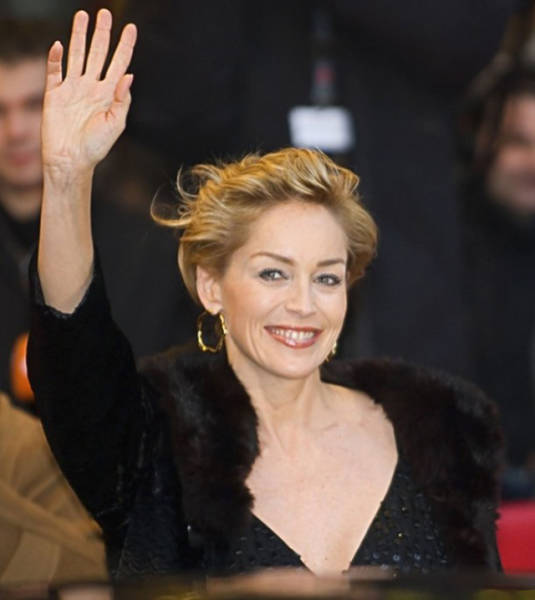 Perfumes can be quite expensive but the DKNY Golden Delicious Million Dollar Fragrance Bottle elevated the perfume un-affordability to another level. Containing almost 3,000 precious stones arranged to the shape of New York City skyline, this perfume costs exactly 1 million dollars. 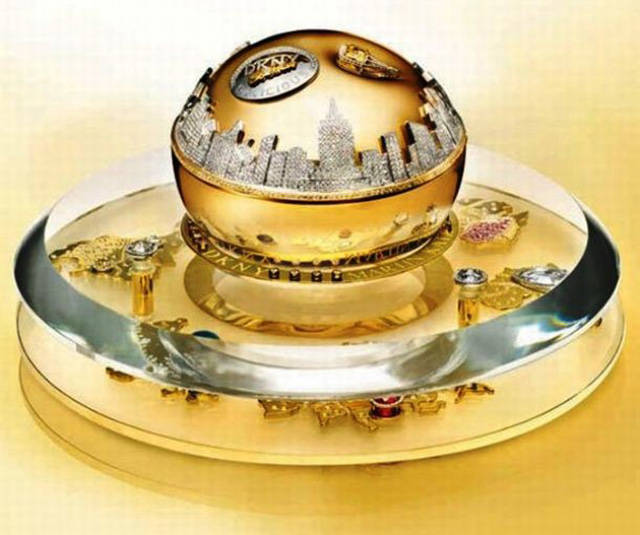 Pankaj Parakh, an Indian textile magnate, had a custom-made pure gold shirt worth $213,000 for his 45th birthday. The shirt, made entirely out of 18-22 carat gold, weighed 9 pounds (more than 4 kg). 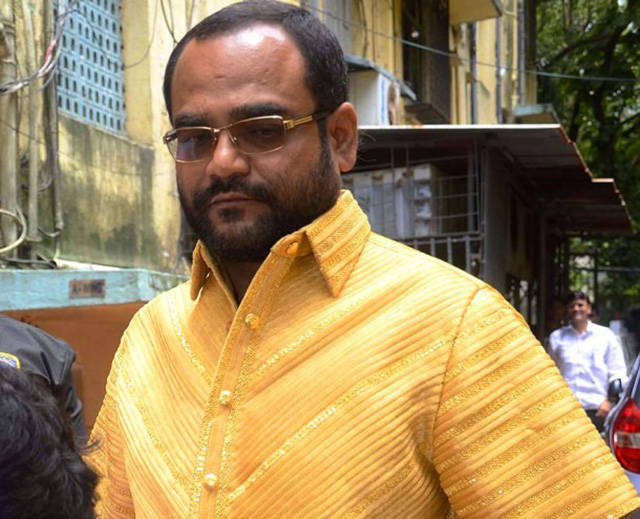 To raise money for a charity, a lunch with Warren Buffet is auctioned on eBay every ear and it usually fetches a significant amount of money, but in 2010, the final bid exceeded all expectations as an unknown bidder paid a staggering $2.6 million for a lunch with this highly respected business magnate. 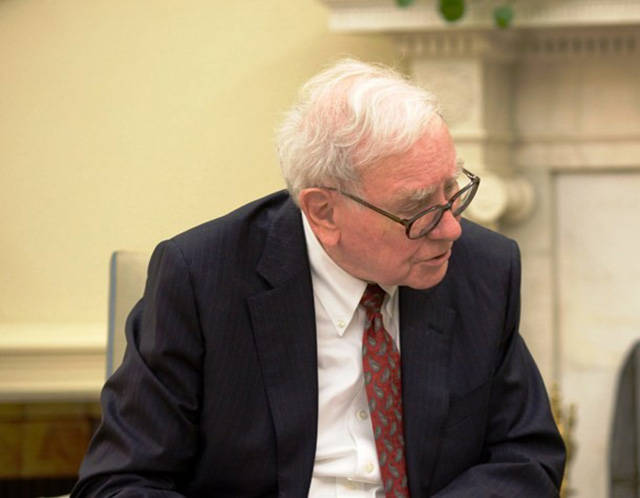 Millionaires often want their pets to live in the same luxury as their owners so it might not be that surprising that Lori Gardiner came up with a diamond bathtub for puppies. Available at a price of $39,000, the bathtub is encrusted with 45,000 Swarowski crystals. 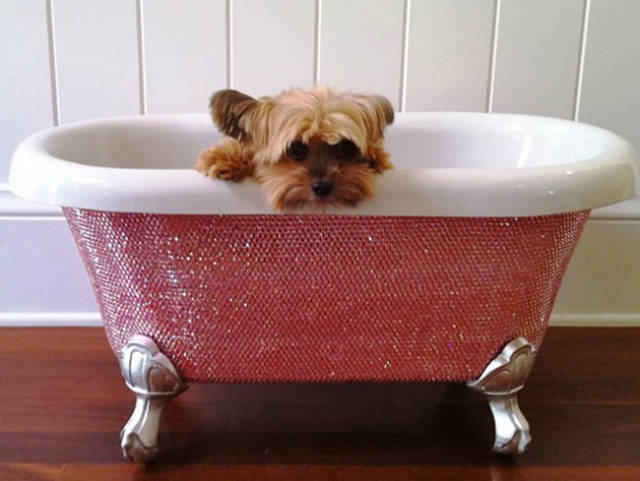 Talking about insanely expensive accessories for pets, an elaborately fashioned guinea pig suit of armor became the hit of e-Bay auctioning in 2013. The final bid was a stunning $24,300. 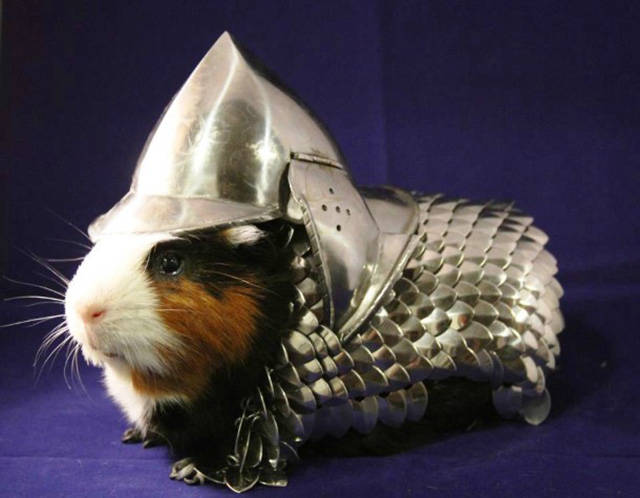 In 2010, an anonymous family from Wellington, New Zealand bought a single extinct Huia Bird feather for $8,400 at the Webb’s Auction House in Auckland, making the item the most expensive feather ever. 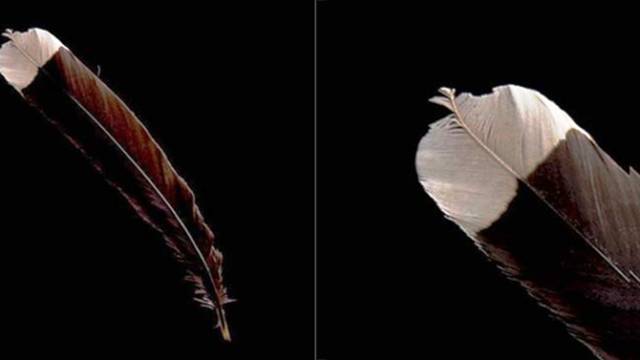 Available at hammacher.com for $58,000, the golf cart hovercraft is an ultimate vehicle capable of gliding over sand traps and water hazards on a cushion of air as easily as it does over fairways and the rough. 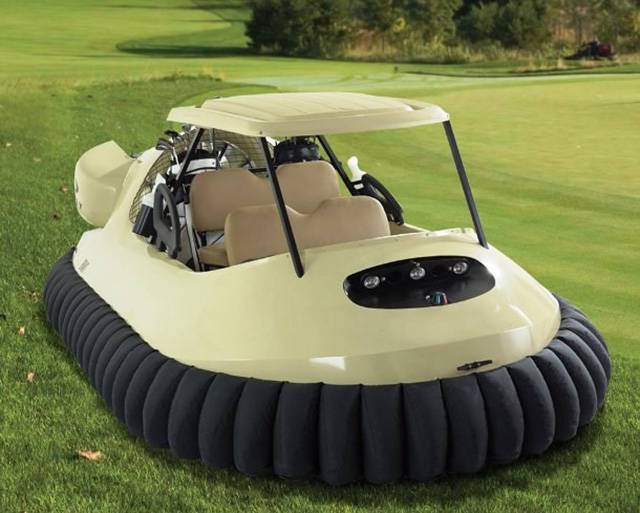 In 2003, a piece of rock that fell on Earth from Mars was sold for $450,000 in an online auction. There are over 60,000 meteorite specimens known to scientists but only 132 of them come from Mars, which is why getting Martian rocks is not a cheap purchase. 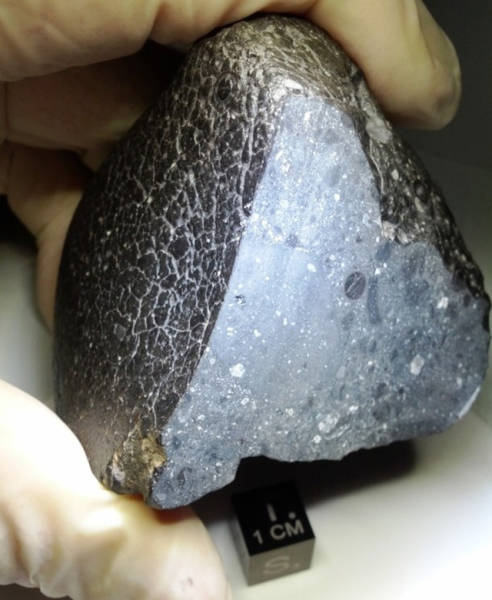 Wealthy dog owners can get their pets these diamond collars created by I Love Dogs Diamonds. At a price of $3.2 million, the most expensive model features 3 tiers of diamonds in the chandelier design and 1,600 diamonds on the collar. 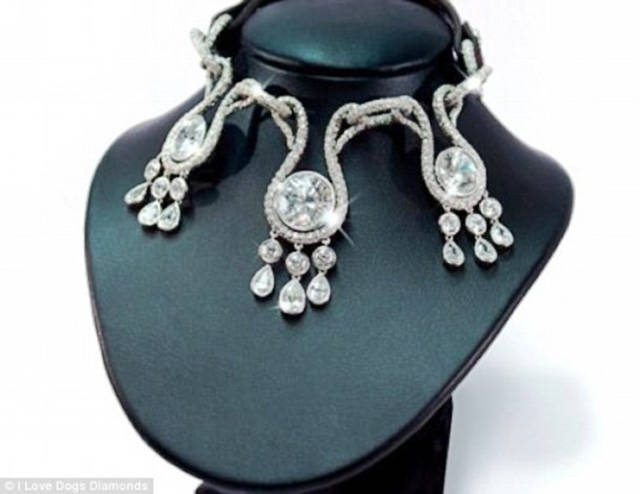 Fishermen can be rich too and this is probably why this outrageously expensive fishing lure was produced. Made of three pounds of gold and platinum, and encrusted with 100 carats of diamonds and rubies, this fishing lure costs 1 million dollars. 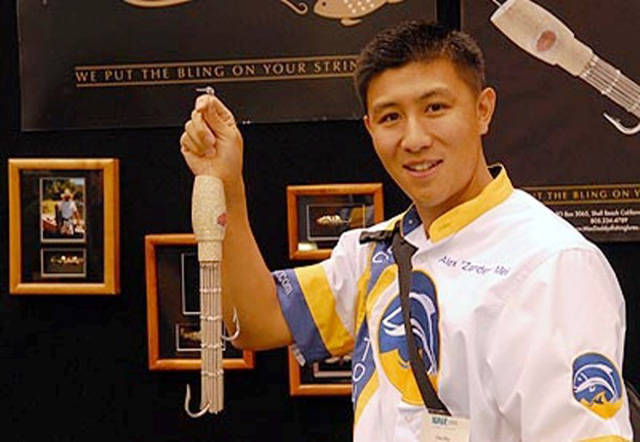 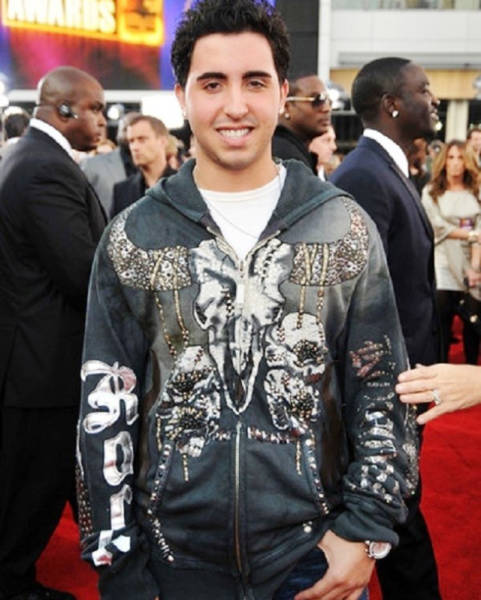 In October 2012, an original hand-written letter by Albert Einstein was sold in an auction for more than 3 million dollars. The letter was written to philosopher Erik Gutkind and it contained Einstein´s views on ethics and religion. 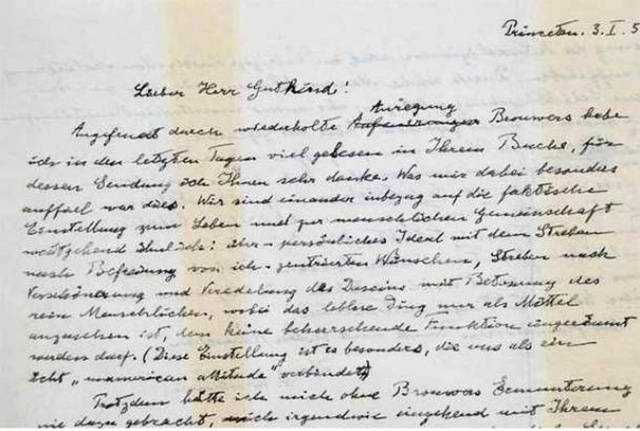 Millionaires who like playing Monopoly should consider getting the special gold version of this popular board game. The 18-karat gold and jewel-encrusted Monopoly crafted by San Francisco jeweler Sidney Mobell in 1988 was estimated to worth $2 million. 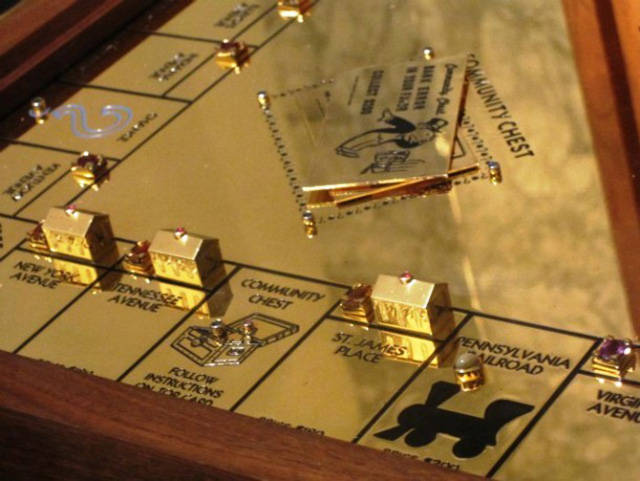 Ian Usher´s life was put in an auction in 2008. After a heartbreaking divorce, the Australian was sick of his life so he decided to start over and sell his old life including all his possession, house and even his job in an auction. After an unknown bidder bought his life for more than $300,000, Usher used the money to purchase a deserted island in the Caribbean where he has been living a happy life since then. 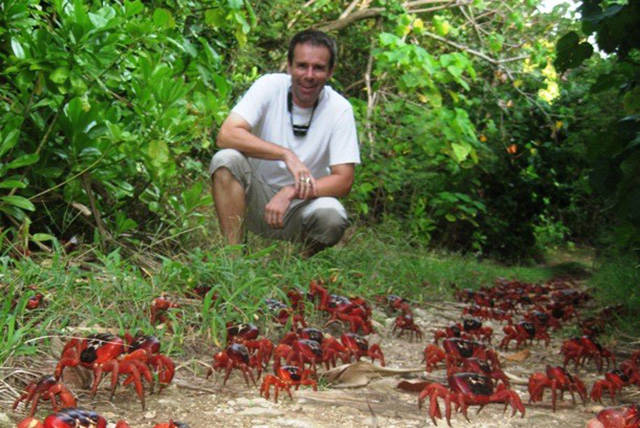