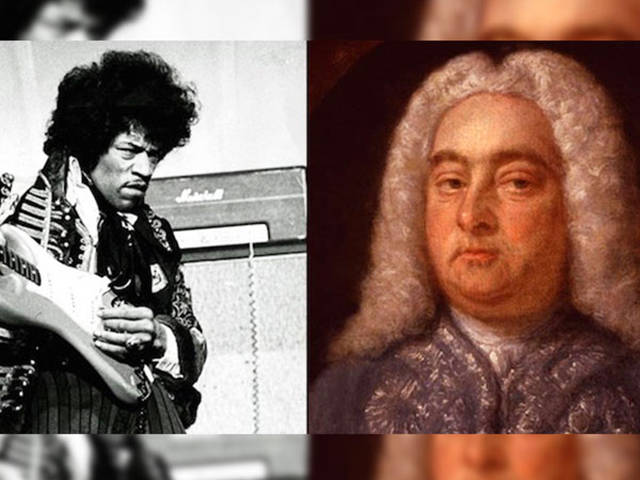 If not for the 200-year difference, rockstar Jimi Hendrix and composer George Handel would have been neighbors. They lived at 23 and 25 Brook Street, respectively, in London. 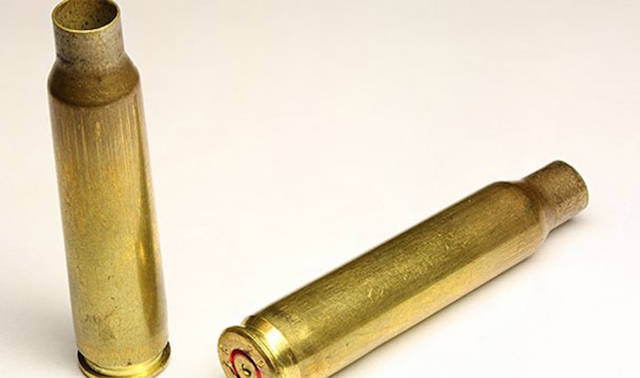 When his sister committed suicide after a failed relationship, her brother vowed revenge against the man who’d broken her heart, Henry Zeigland. The brother attempted to shoot Ziegland but missed, his bullet lodging in a nearby tree.

Years later, Ziegland was clearing that very land and used dynamite to remove the tree. The bullet, after being dislodged with considerable force, struck its initial target and killed him. 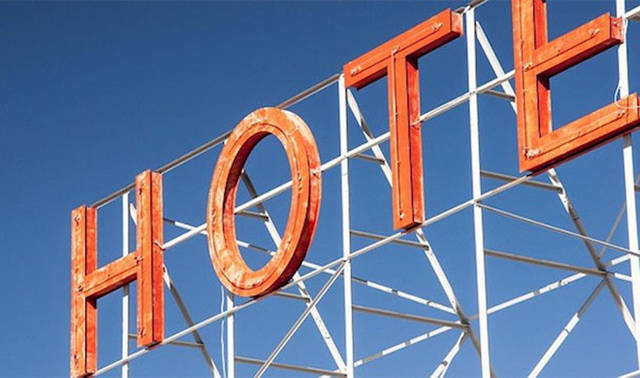 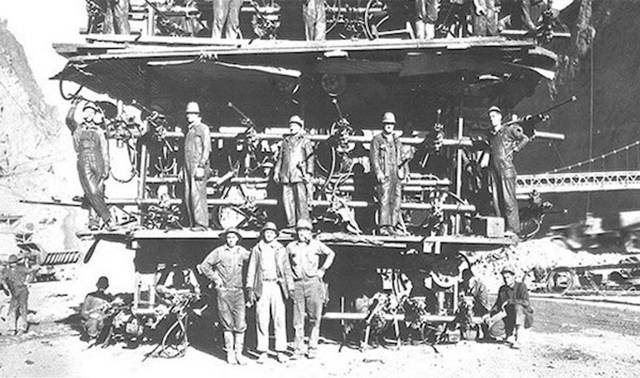 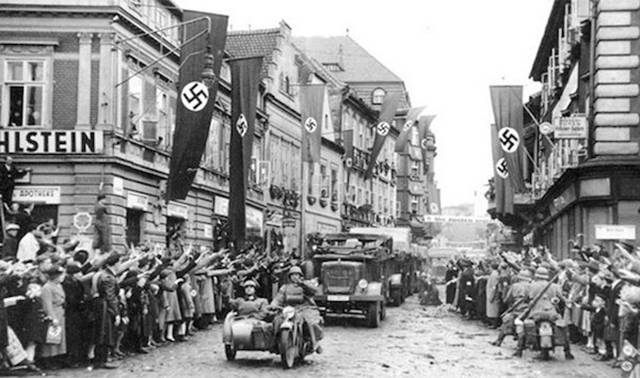 On June 20, 1940, Soviet archaeologists uncovered the tomb of Tamerlane, a descendent of Genghis Khan. A warning inscription read “Whoever opens my tomb will unleash an invader more terrible than I.” They opened it anyway. Germany invaded the Soviet Union two days later. 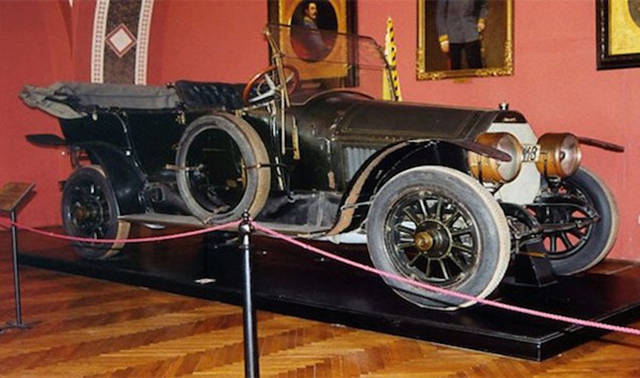 The license plate that signaled more than anyone thought

The license plate number of Archduke Franz Ferdinand’s car, in which he was assassinated, was A III118. Ferdinand’s assassination is commonly regarded as the day WWI began. 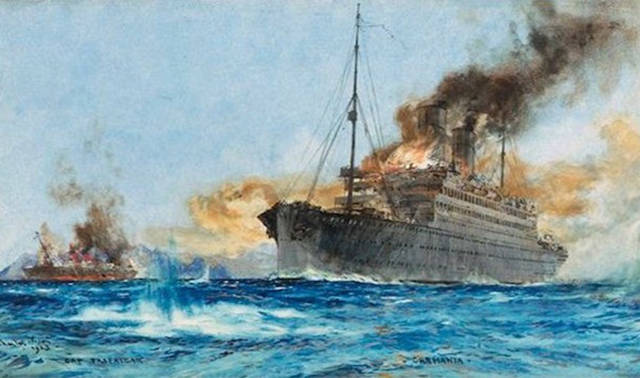 A giant mess of disguised ships 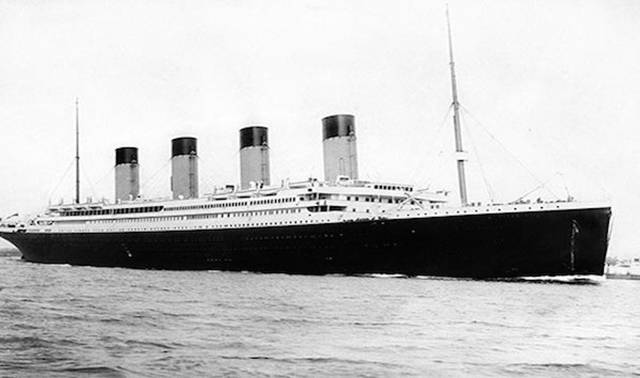 Don’t bring her on a cruise

Violet Jessup was like a walking bad omen. She was on the HMS Olympic when it struck the HMS Hawke, she was on the HMHS Britannic when it hit a mine, and of course she was on the RMS Titanic, too. Jessup was actually a stewardess and nurse, so being on ships was her job. She’d be later known as “Miss Unsinkable.” All three doomed ships were also “sister” ships. 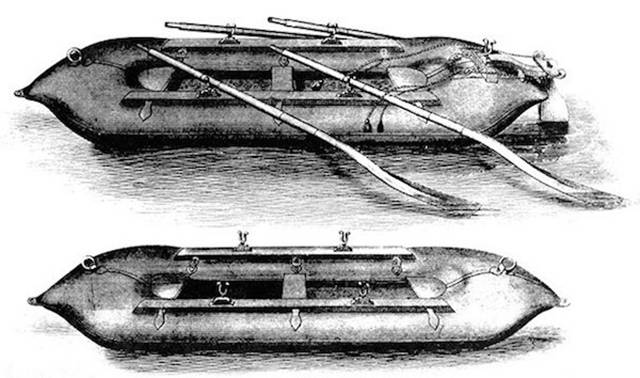 The book that came true

Edgar Allen Poe’s only novel-length story, The Narrative of Arthur Gordon Pym, tells of an ill-fated Antarctic voyage. In one scene, four shipwrecked survivors, adrift on a raft, decide to eat the cabin boy, Richard Parker, to survive. In 1884, a ship called the Mignonette sank, leaving four survivors. They, too, decided to cannibalize the cabin boy to survive. The cabin boy’s name? Richard Parker. 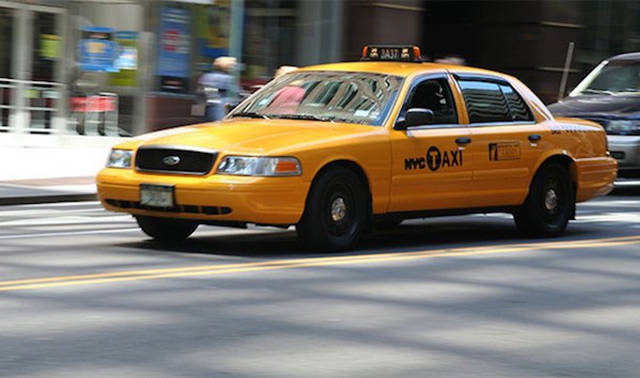 We assume they tip either time

In 1975, a man was killed when he was struck by a taxi in Bermuda. An unlucky passenger had to witness it. A year later, the same taxi driver was driving the same passenger when the taxi struck and killed the original victim’s brother. 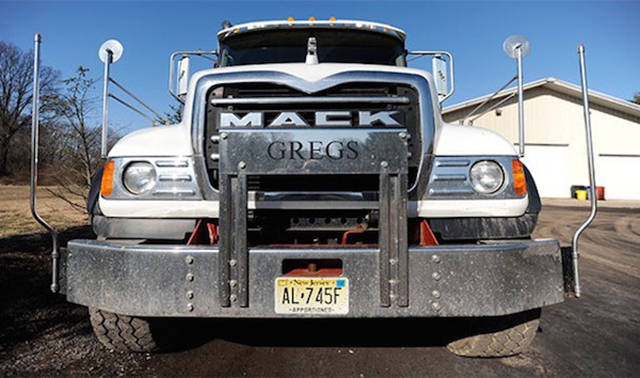 In 2002, a man in Finland was struck and killed while trying to cross Highway 8 on his bike. Two hours later, his twin brother attempted the same crossing, and was also struck and killed, so they were killed about one-and-a-half kilometers from one another, two hours apart. 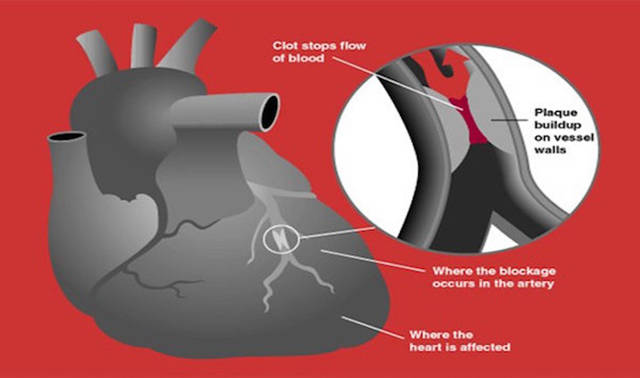 On May 22, 1975, twins John and Arthur Mowforth both suffered from heart attacks. Living 120 km apart, they were admitted to separate hospitals and were not aware of the other’s condition. They each died shortly after. 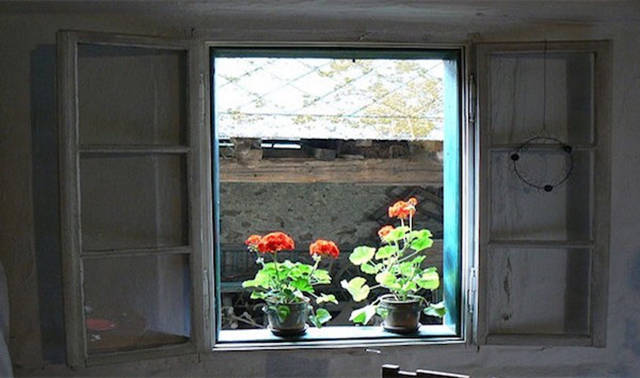 Someone on this street obviously had it in for this baby, because during the 1930s, a man named Joseph Figlock was surprised by a falling baby landing on his shoulders. The same day the next year, the same baby fell on him again at the same spot. Neither Figlock nor the baby were harmed, but we hope someone got this family a screen. 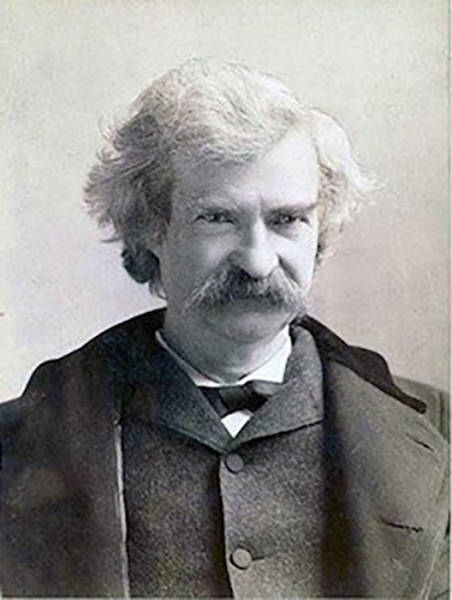 Halley’s Comet passes Earth about once every 76 years, making it actually not that unlikely that someone’s life could be measured by it. One such person is Mark Twain, who was born during its 1835 pass, and died the day of its appearance in 1910. He even predicted it in 1909. 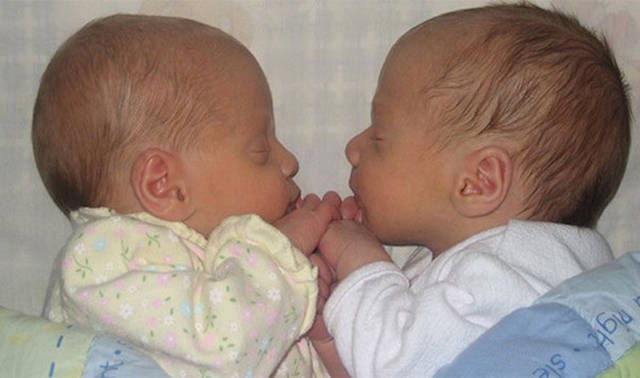 Man, twins are weird! Separated at birth, a set of twins from Ohio each grew up knowing nothing of the other’s existence. They were both named James on their adoptions (which might be a weirder coincidence of their respective families), both grew up to be police officers and marry women named Linda. They each had a son, one named James Alan and one named James Allan. They also each had a dog named Toy. They both got divorced, but later each remarried women named Betty. 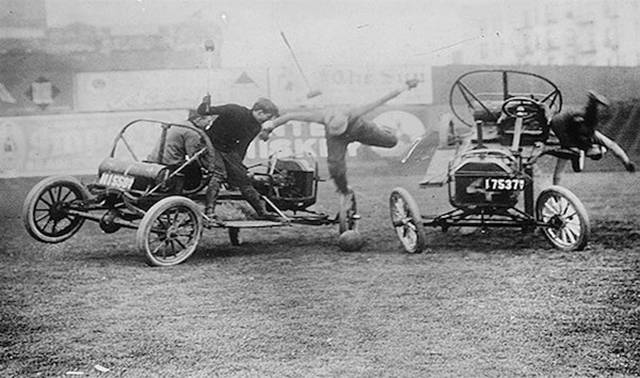 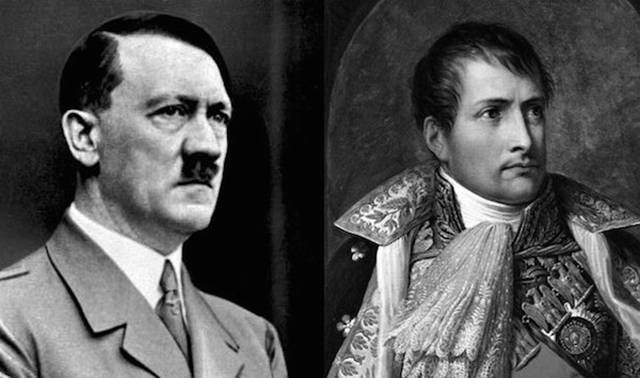 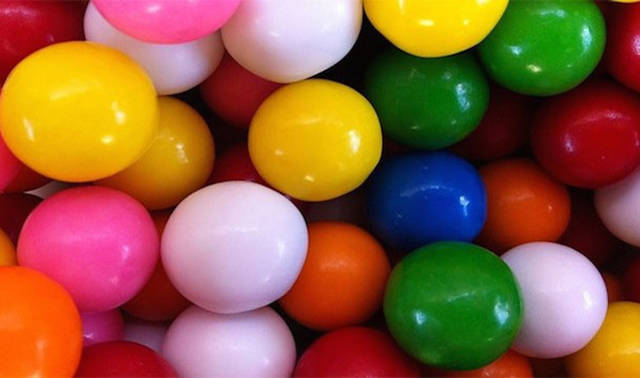 The case for taking your own advice

South African astronomer Danie du Toit was giving a lecture at the age of 49 about how death could come at any time. On finishing, he popped a mint into his mouth with a little too much vigor, and choked to death. 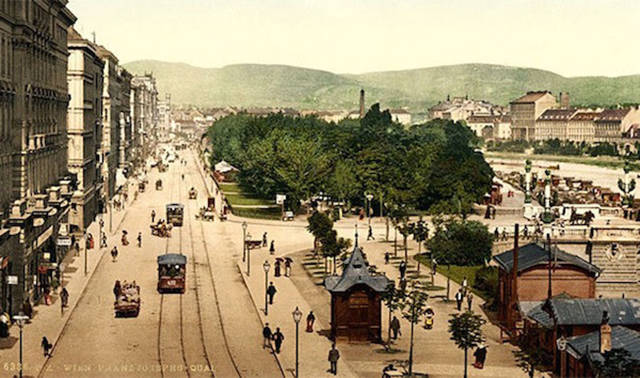 Maybe there’s something in the water

Stalin, Hitler, and Franz Josef, who are collectively responsible for about 80 million deaths, all lived in Vienna at the same time. 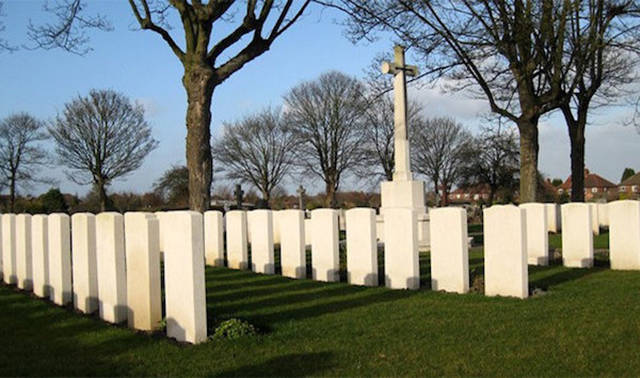 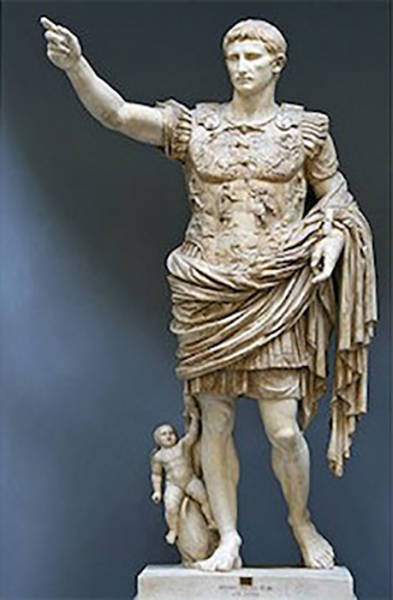 The name that began and ended Rome

Rome was, in legend, founded by Romulus, who was said to have been raised by a wolf along with his brother, Remus. The last emperor of Rome was named Romulus Augustus. 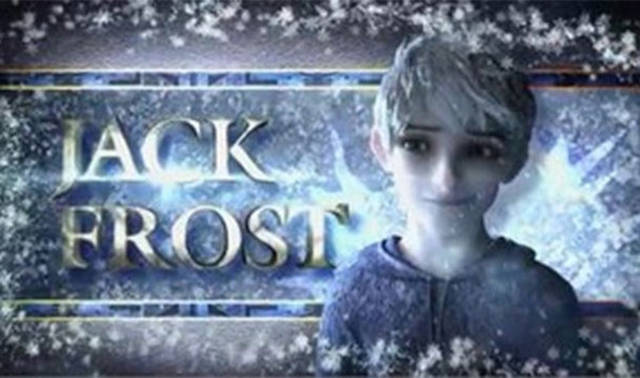 American writer Anne Parrish found a book of fairy tales, Jack Frost and Other Stories, and proceeded to tell her husband about how much she’d loved the book as a child. On opening it, she discovered this written on the inside cover: “Anne Parrish, 209 N Weber Street, Colorado.” 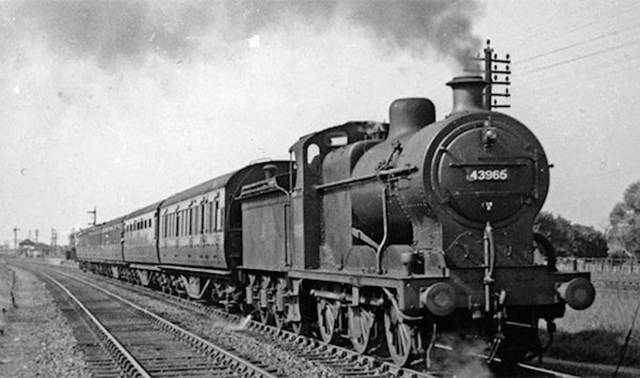 In the 1920s, legend has it that three Englishmen met on a train somewhere in Peru. The first one was called Bingham, the second Powell, and the third Bingham-Powell. 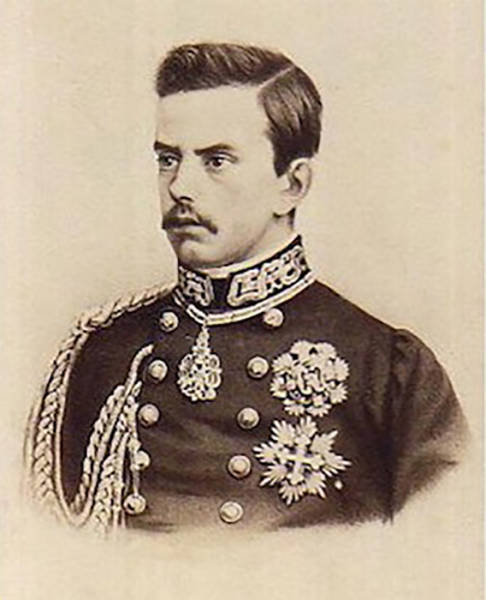 Not quite twins, but twin deaths

King Umberto I of Italy had a weird dining experience when he found that he and the owner of a restaurant at which he was eating were born on the same day in the same town and had both married a woman named Margherita. On July 29, 1900, the king learned that the restaurant owner had been shot and killed in the street. Later that day, the king was also assassinated.