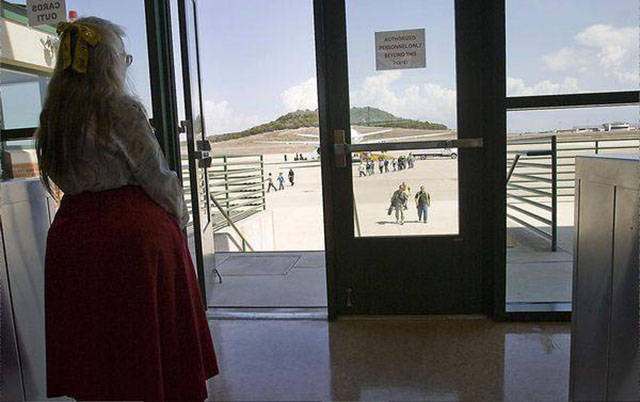 83 year old Elizabeth Laird from Copperas Cove, Texas has been greeting soldiers at Fort Hood since 2003 by giving them a hug. 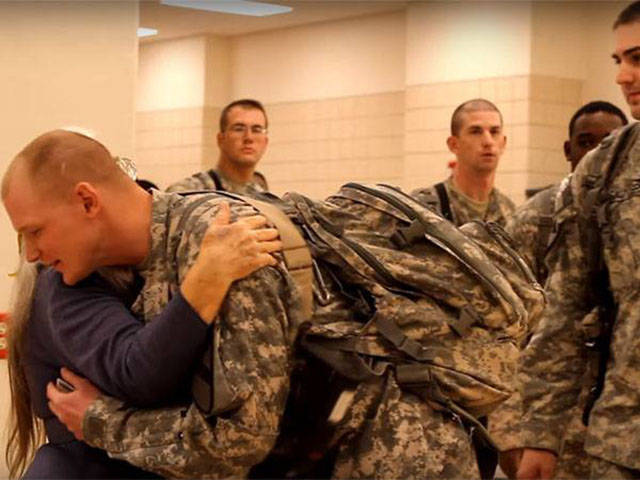 Ever since then, Laird estimates she’s given out over 500,000 hugs while both welcoming home and sending off soldiers. 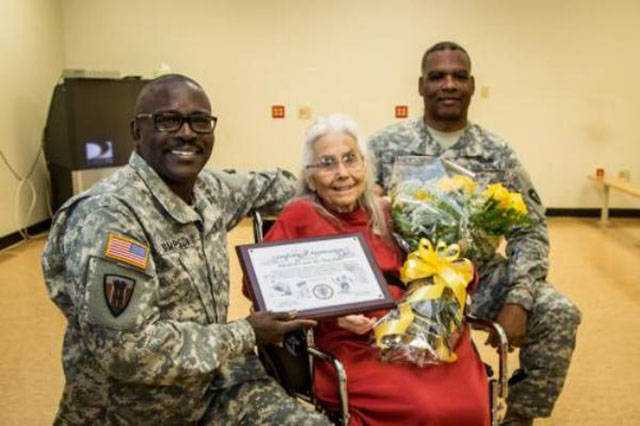 She was recently admitted to hospital due to her battle with cancer and the soldiers are now returning her kindness by visiting her in hospital to pass on their hugs to her instead. 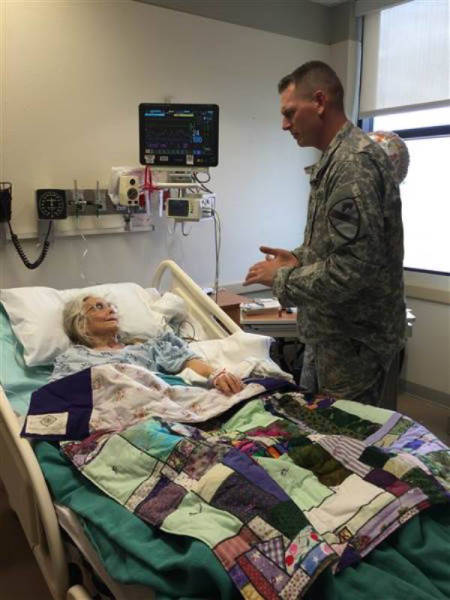 Laird says, “When they enter the room, they give me a hug and then we talk about anything from their family to what it was like overseas or if they got a civilian job upon returning. Sometimes the line is so long that we have to turn people away.” 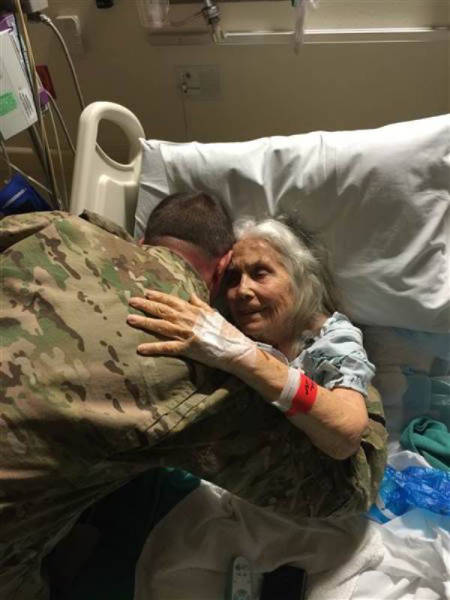 In 1950 Laird joined the air force, and then started volunteering for the Salvation Army with her late husband, Earnest. Once the Iraq War broke out in 2003, she asked the chief of the foundation if she could go to Fort Hood. 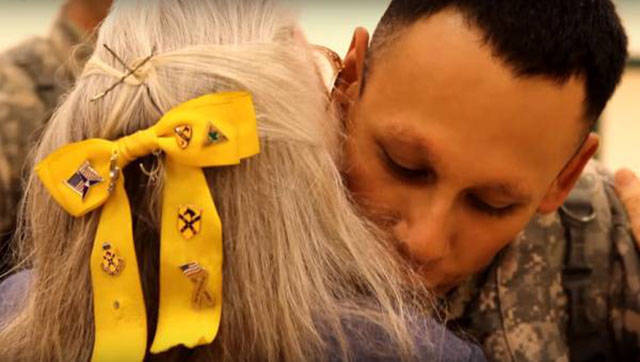 Many soldiers recall to Laird exactly when they got her hug, and one man even came all the way from New York to greet her in the hospital. 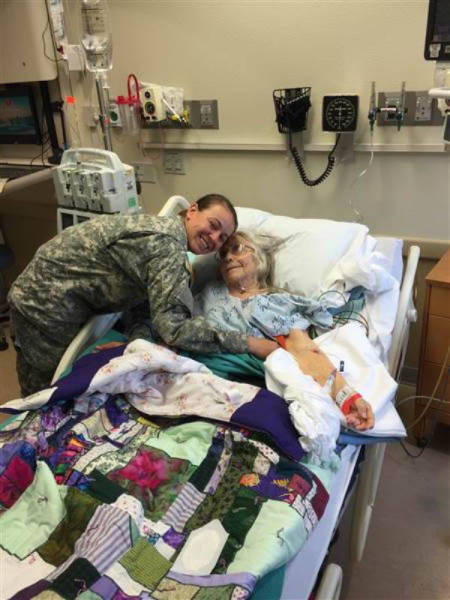 “They tell me how much my hug meant to them and how they’ll never forget it,” Laird said. “A lot of [them were] leaving home for the first time and some of their families couldn’t be there to see them off.”

Trish, the wife of a soldier, says “The Hug Lady is the last one they see before deployment and the first civilian they see when they return. She’s there at 2 am, even if only a couple soldiers are on the flight.”

Laird’s son Richard Dewess started a GoFundMe account to raise money for her hospital bills, and they have already raised $85,000 in just 2 weeks. 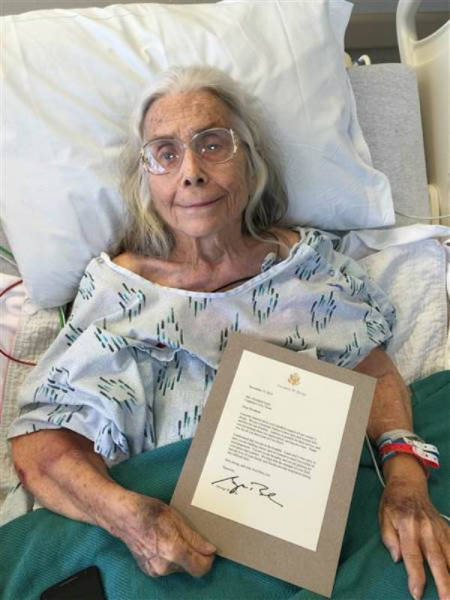 The soldiers aren’t the only ones who are noticing her efforts. On Wednesday, Laird received a letter from President George W. Bush to thank her for her compassion.

Laird responded to the gift, saying “I did not do this to be recognized, although it was exciting to hear from Bush. My hugs tell the soldiers that I appreciate what they’re doing for us.”