Kayleigh Petersen was diagnosed with a condition that leads to kidney and liver failure at a very young age. 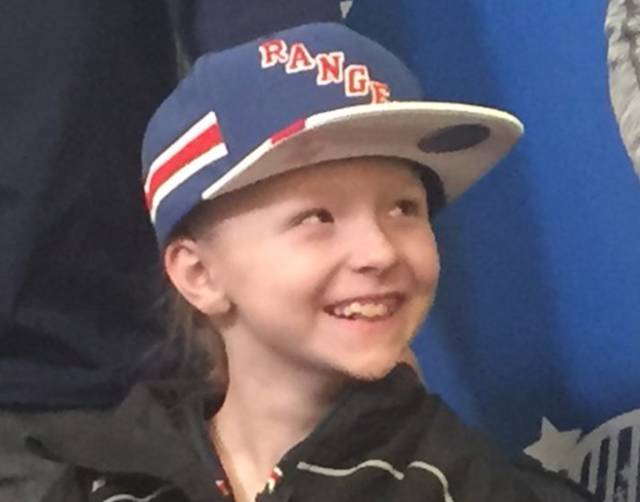 Kayleigh received a liver transplant and is now a vibrant eight-year-old who spends her time on things she loves, like playing hockey! 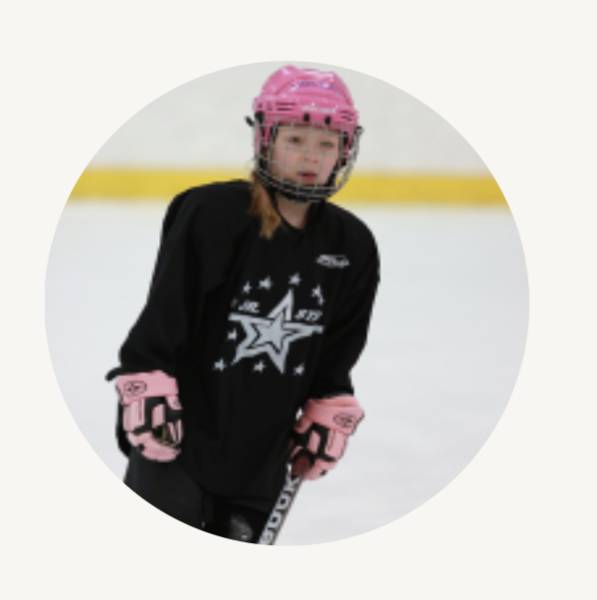 She is a keen hockey player and when the Make-A-Wish Foundation and the MSG Garden of Dreams Foundation learned she loved the New York Rangers they got her signed to the team for a day. 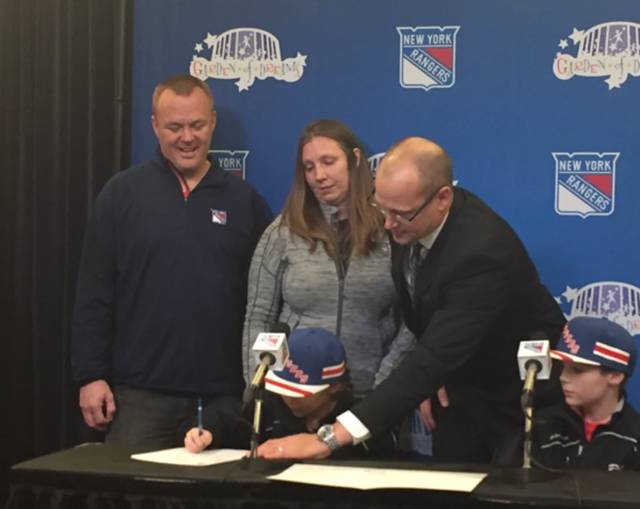 Look at her signature! She’ll be signing autographs in no time. Things didn’t stop here, Kayleigh had the full player experience. 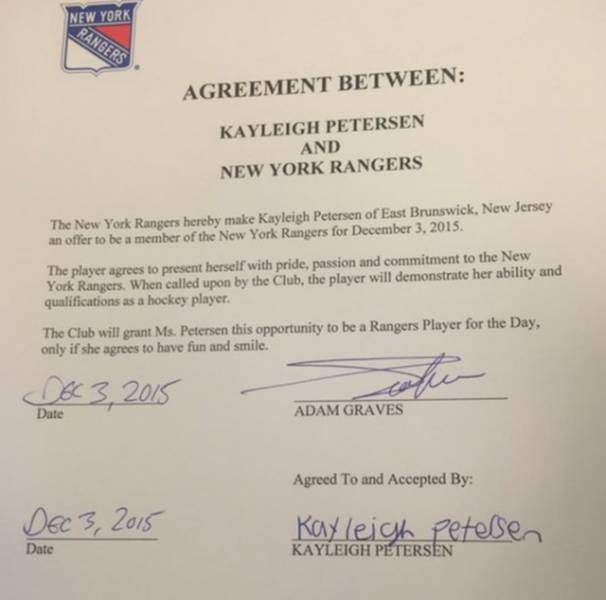 Kayleigh was interviewed at a press conference. 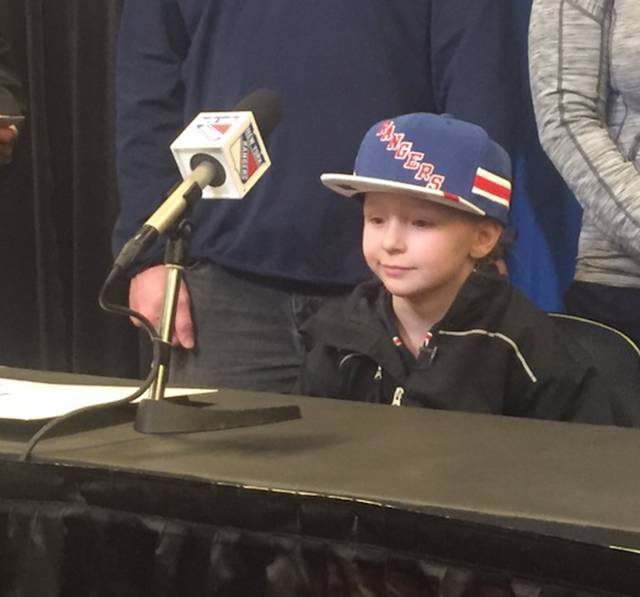 Had her player profile put up on the team’s website. 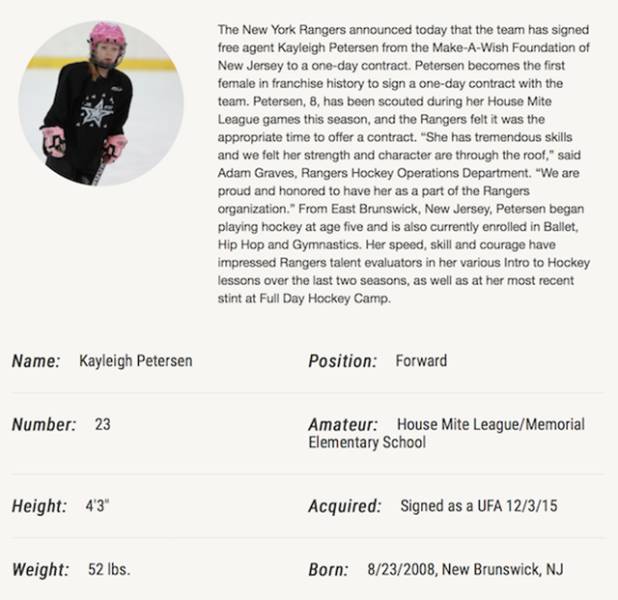 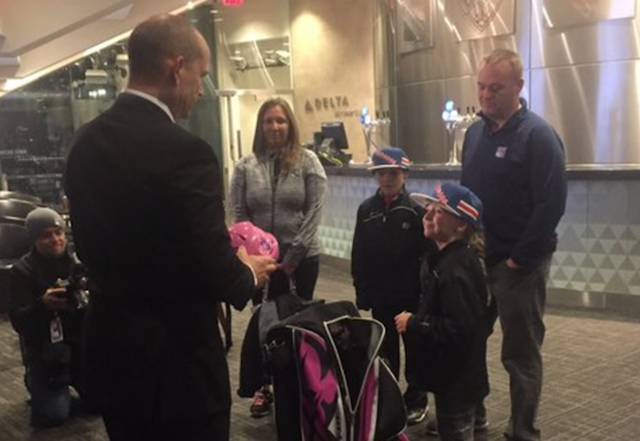 When it was go time, Kayleigh hit the ice like a pro.

She fit right in during the player line-up. 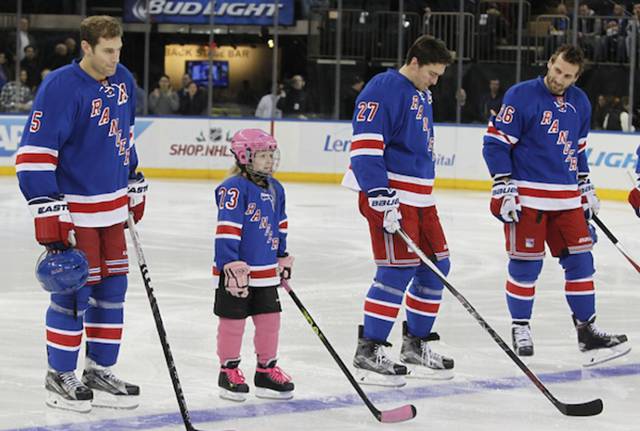 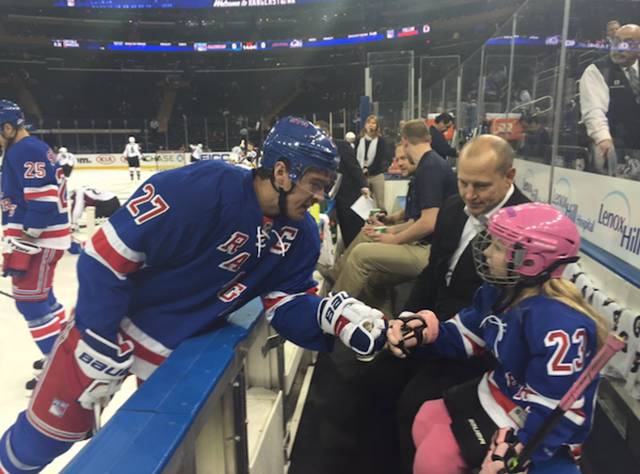 And so did the rest of the boys. 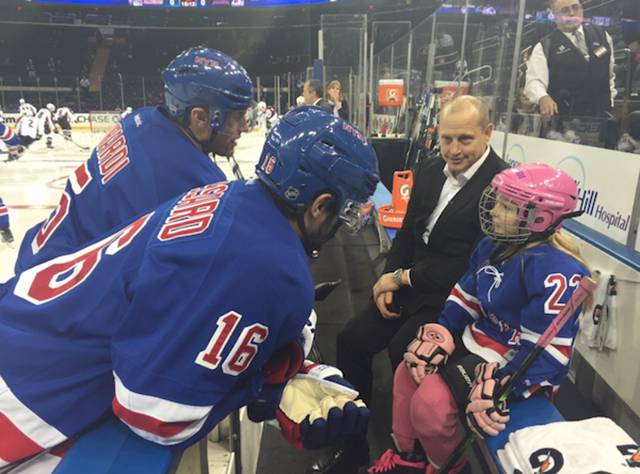 Kayleigh had the best seat in the house for warm-ups. 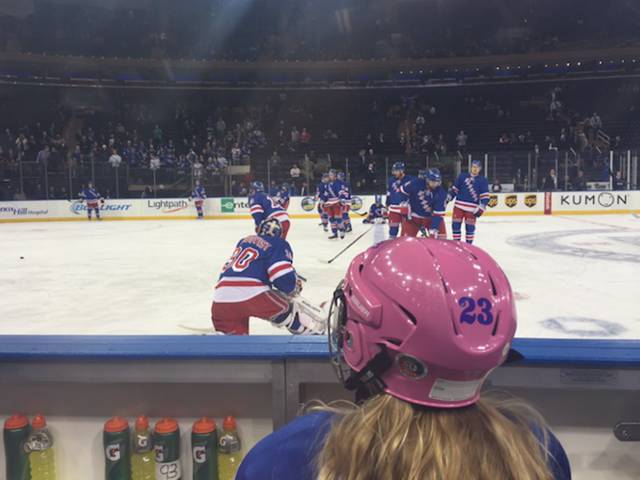 Her night was capped off with meeting “The King” Henrik Lundqvist. 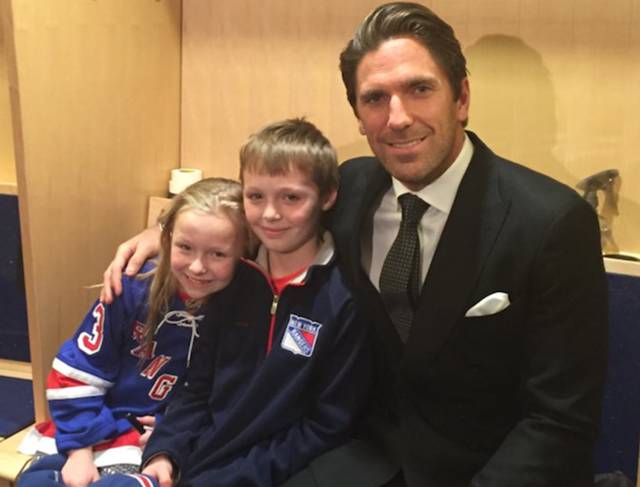 I think this hug speaks for how much Kayleigh enjoyed her day as a New York Ranger. 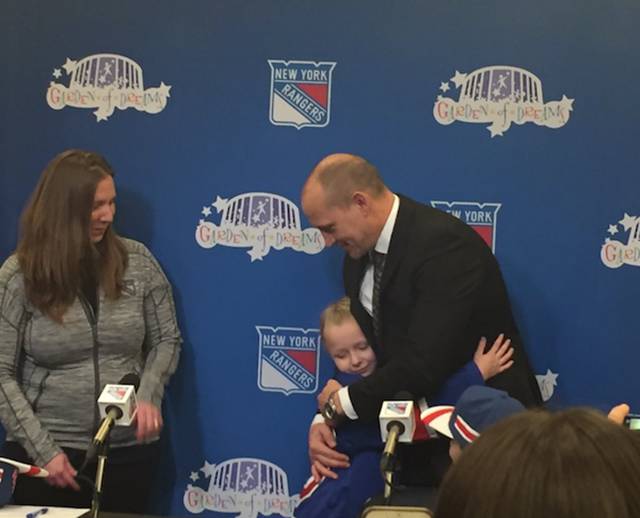