The Most Outlandish Superstitions That Some Cultures Believe Worldwide (20 pics)


In Argentina... Bad luck takes a physical manifestation, specifically that of former Argentinian president Carlos Menem. To speak his name aloud is to essentially bring a curse upon yourself, so all within earshot will do the equivalent of knocking on wood, in this case, by touching their left breast or testicle.
1 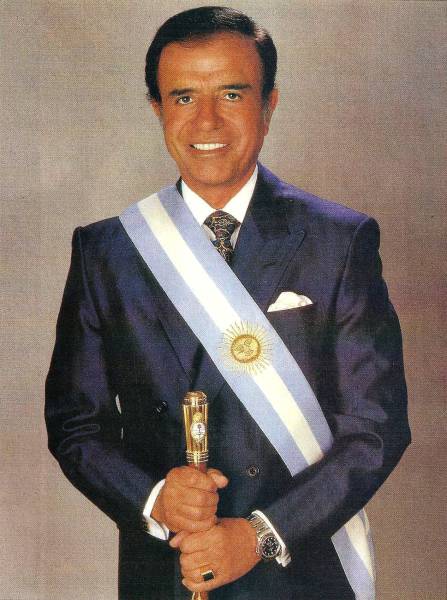 In Brazil...It's bad luck to let your wallet or purse hit the floor, as it means you will lose money.
2 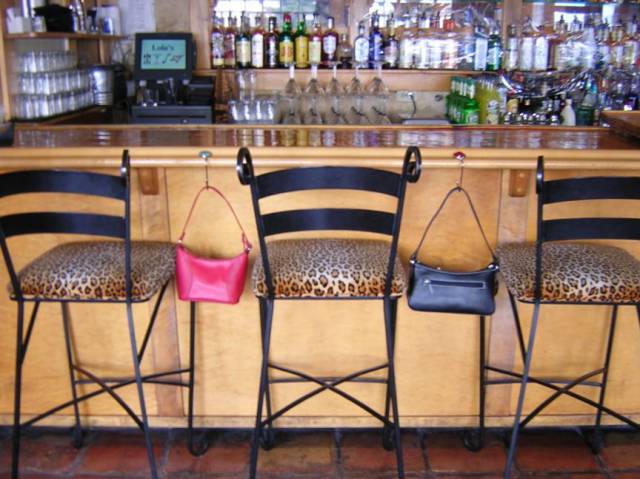 In Denmark...Broken dishes are collected and saved year-round, to be thrown at the houses of friends and family on New Year's Eve. The bigger the pile of porcelain, the more good fortune the recipients will have in the New Year.
3 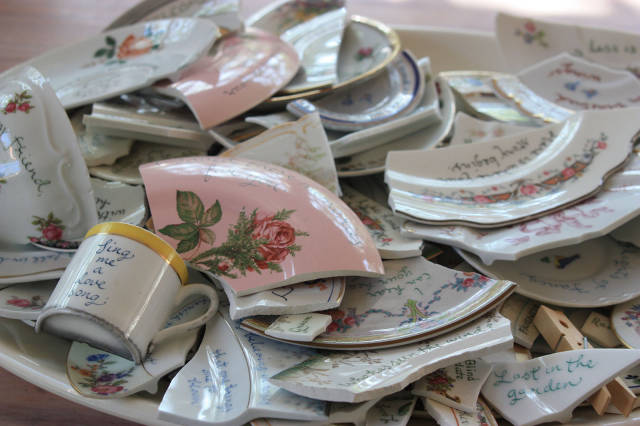 In Greece...They have their own version of "jinx." When two people say the same thing at the same time, they must instead utter "Piase Kokkino" touch red and touch the color red to avoid the otherwise inevitable fight. Bonus: If you happen to find yourself in a piase kokkino situation on Easter, you're in luck--since you'll find an abundance of red eggs throughout the country that are used for a traditional Easter game.
4 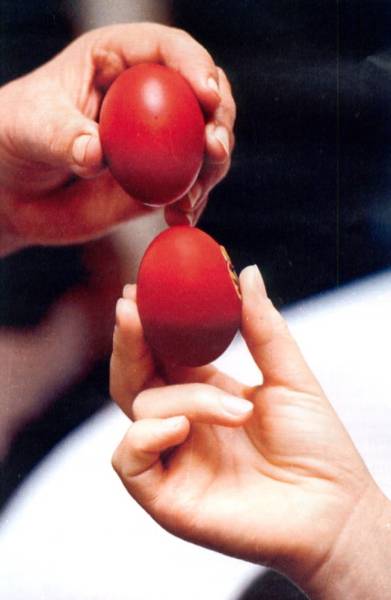 In Haiti...Life's treacherous for a mom. For example, if you walk with only one shoe on, sweep the floor at night, move around on your knees, or eat the tops of watermelons andor grapefruits... then you may have already brought about the untimely death of your mother.
5 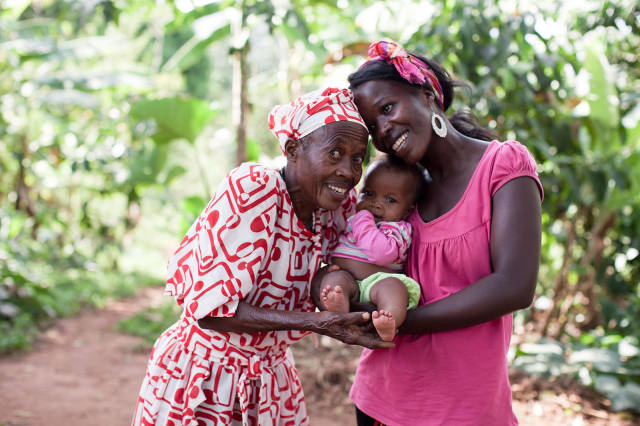 In India...They have very specific rules about grooming. You must not trim your nails on Tuesday and Saturday or at night, nor can you cut or wash your hair on Thursday and Saturday. There's some controversy over the origin of this practice, but it is generally believed that trimming nails at night leads to sweeping, which could then lead to the loss of small valuables. Thursday may have historically been a day off for barbers, and Saturday is the day of Saturn, "Planet Shani", a revered celestial body to the ancient Hindus.
6 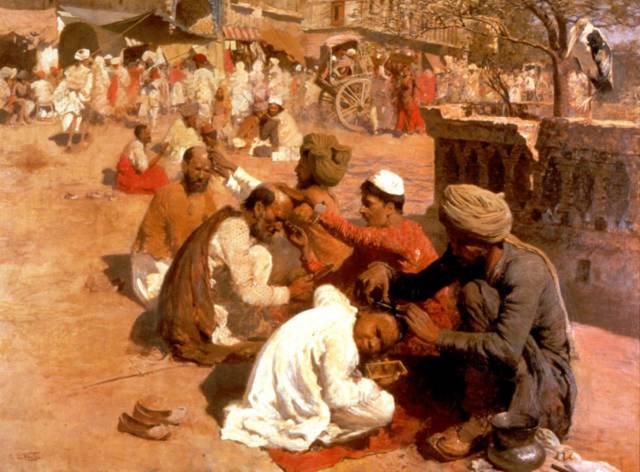 In Japan...Children are warned to hide their stomachs during thunderstorms, especially before sleeping. It is believed that if you are not careful, Raijin, the god of thunder, will steal and eat your belly button during a storm.
7 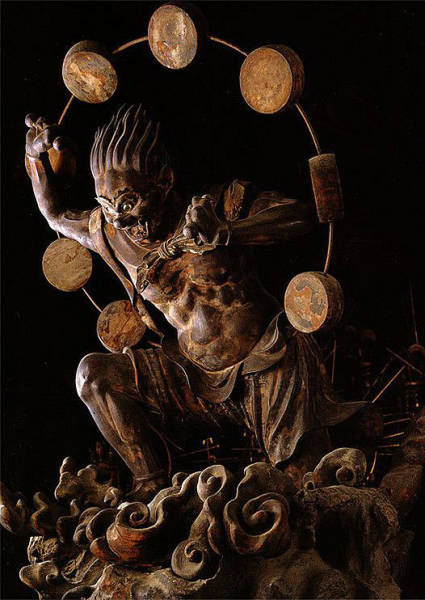 In Lithuania...Whistling indoors is forbidden, since it is believed that doing so will summon wee devils that will terrorize you.
8 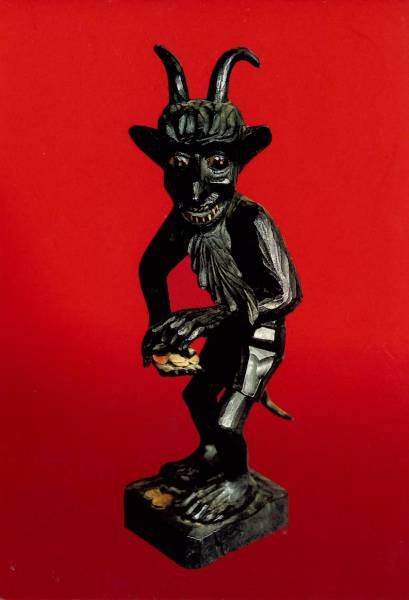 In Malaysia...Sitting on a pillow will cause your butt and backside to be covered in boils, blisters, and sores. In reality, this probably stems from the fact that no one likes to sleep on a butt-pillow.
9 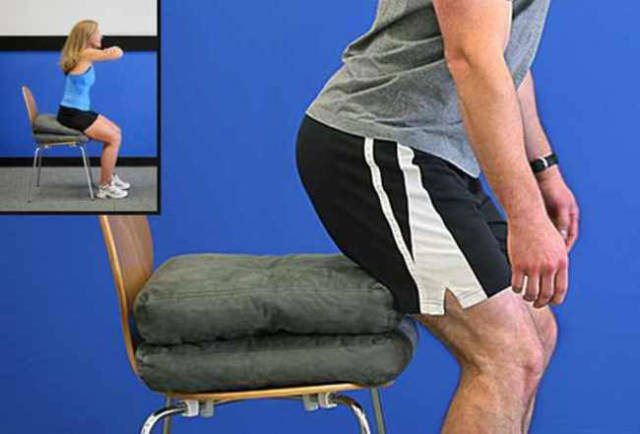 In Nigeria...If a man is hit with a broom, he will become impotent andor his genitals will disappear. Some believe this can be countered by hitting the offender back with a broom no fewer than 7 times.
10 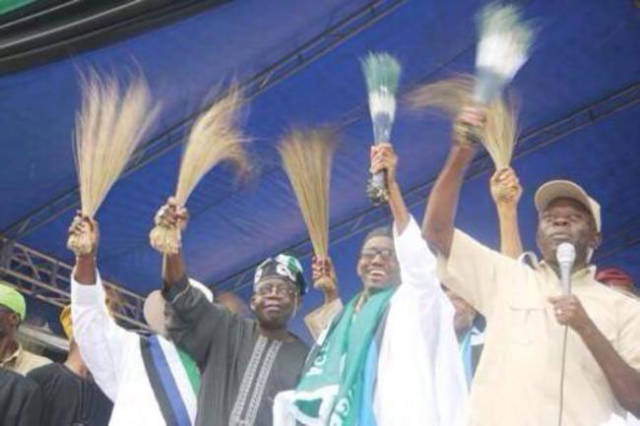 In Oman...The best practice for cleansing a new car is blasting the Q'uran on audiobook through the sound system for a week or two. This is said to also protect the car and owner from the Evil Eye of envy but if you're driving around in a new Maserati, you're probably out of luck.
11 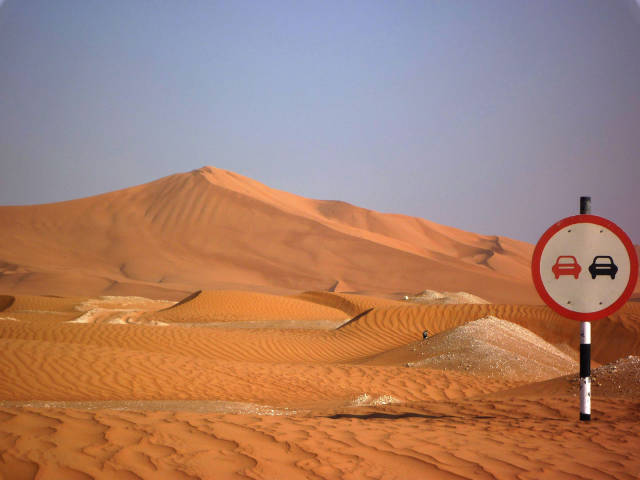 In the Philippines...Sun-showers, or rain with clear skies, are believed to signify the wedding between tikbalang demon horses.
12 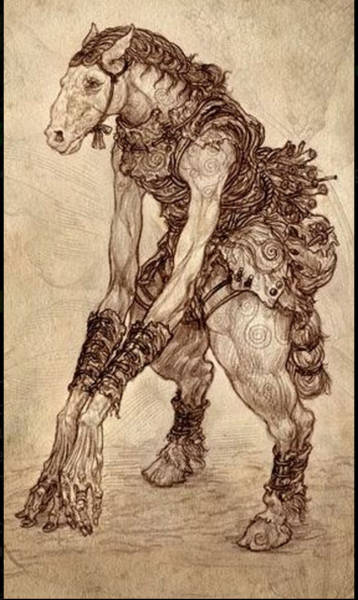 In Qatar...They have all but done away with superstitions, instead teaching students that such beliefs are forbidden. However, it was once believed that spiders had the power to control and extinguish house fires, so they should not be killed.
13 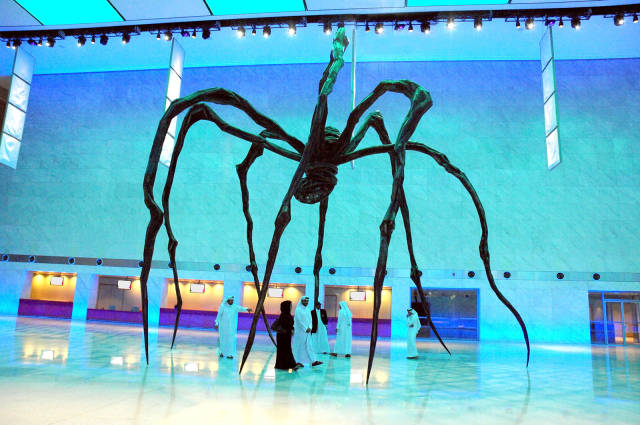 In Rwanda...Women are taught from an early age to avoid the meat of goats, as eating it will cause them to grow beards.
14 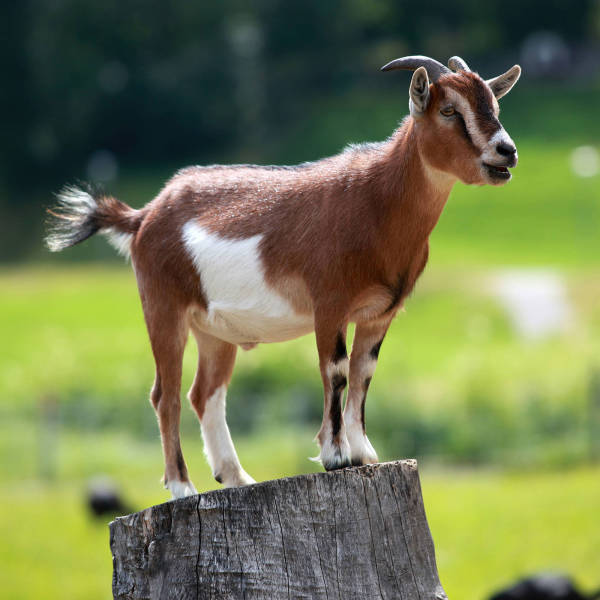 In Sweden...You might see pedestrians swerving and taking unusual, circuitous routes while walking to work or around town. That's because the manhole covers around the country are marked with a "K" for the Swedish word for fresh water, and coincidentally, love or and "A" for the Swedish word for sewage, and broken love. Some locals believe that their romantic fortune and fate can be determined by the amount of K and A covers they pass over, and plan their paths accordingly. If the wrong kind of manhole cover is passed over, the bad luck can be countered by three unsolicited pats on the back.
15 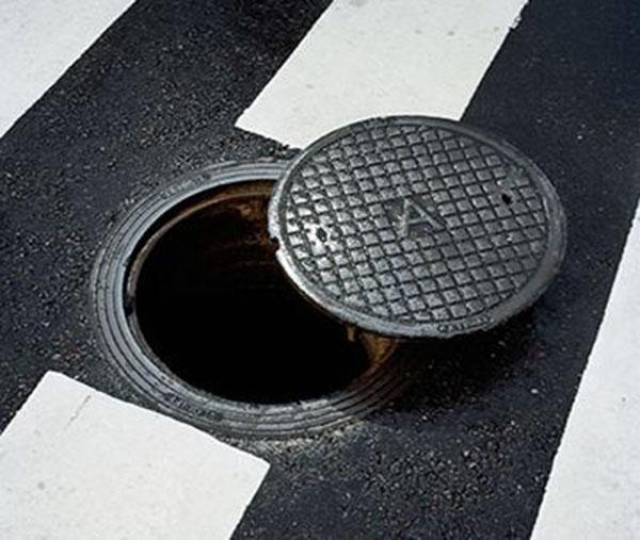 In the United States...Particularly around the state of Vermont, many 19th century farmhouses were built with slanted "witch windows," due to the commonly-held belief that witches could not fly their brooms into a tilted opening.
16 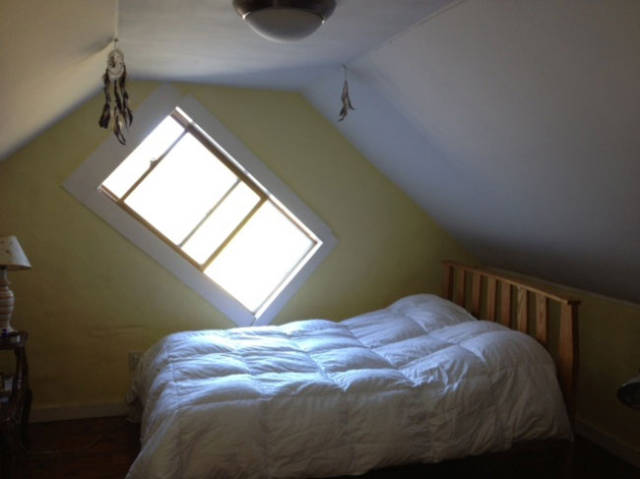 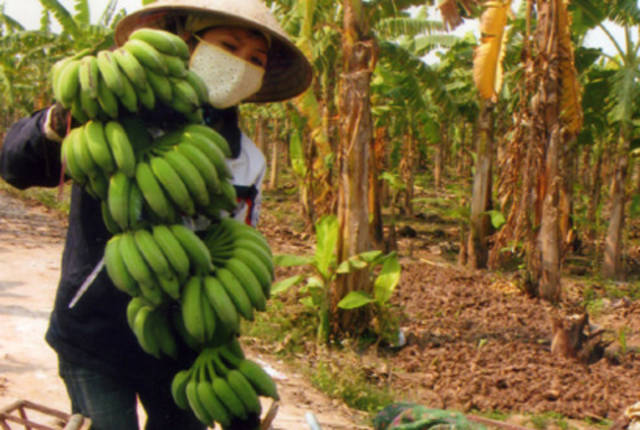 In Wales...Making a hat out of hazel sticks and leaves and wearing it can grant you one wish.
18 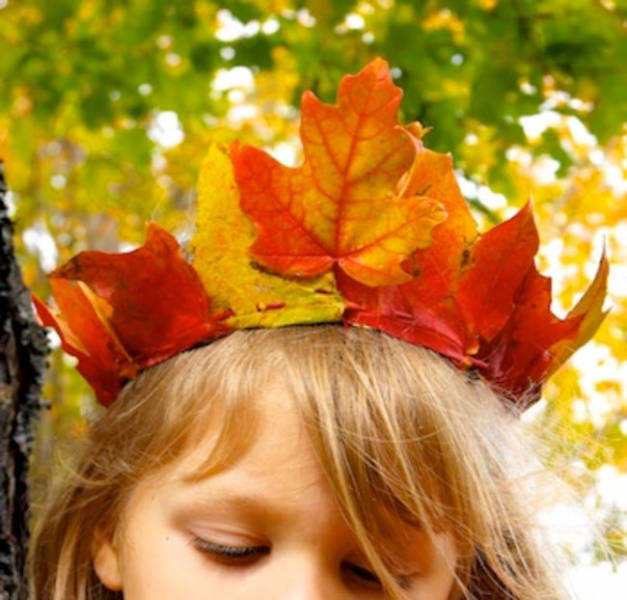 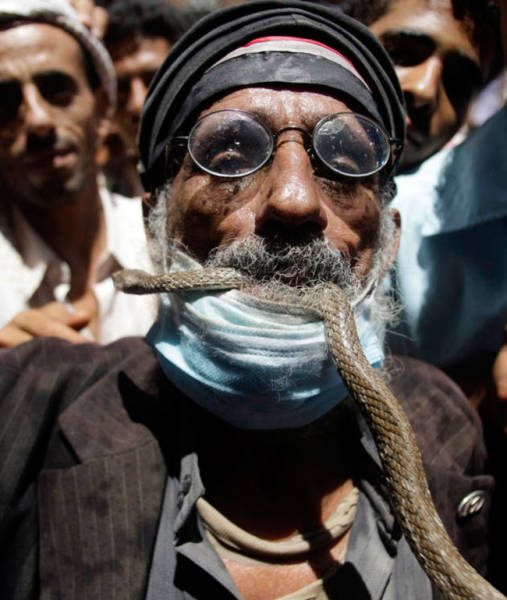 In Zimbabwe...Belief in black magic runs rampant. For example, a husband might have a spell cast on his wife to prevent her from adultery. Should extramarital hanky panky take place, the couple will be bound and incapable of separation. This is known colloquially as "durawalling" after a brand-name concrete wall product, and is believed so prevalently that it actually acts as a strong deterrent against such affairs.
20 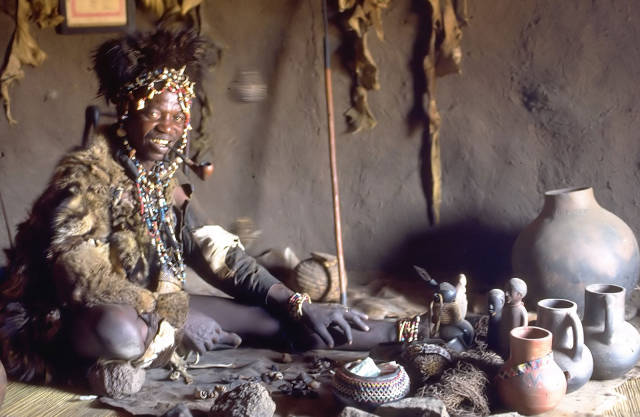 birdman 5 year s ago
Strangely missing
#21... Worldwide... Huge groups of people everywhere believing in one of several supreme beings, capable of not only creating our universe but depending on certain prayers and sacrifices able to cure and or destroy at will.
Equally strange is these "gods" have never left any tangible proof that they ever existed at all, except inadvertently maybe, in the actions of said believers and the corpses of the those who chose a different "god".... or none at all......
Reply
2

ZombieDarwin 5 year s ago
Strangely missing
#22 Worldwide... assholes who ridicule other people's faiths simply because they are too dumb to realize that they are ridiculing their own at the same time.
Equally strange are these assholes fail to see the tangible proof of a Creator in everyday life. And even worse, their religion is responsible for even more deaths of people than all other religions combined, but they criticize other religious people for what they think religion has done to humankind.
In other words, the biggest assholes on the planet.
Reply
0

Bongfuhrer 5 year s ago
What a load of horseshit..
But not unexpected, since rational thinking is not very common amongst religious people..

Can you show just one tiny little proof of an creator..? Oh wait, you can't, since it's all in your head..
Reply
0

ZombieDarwin 5 year s ago
You both seem... butthurt.
Reply
0

ZombieDarwin 5 year s ago
And it's "a Creator", not "an Creator". Then again, correct grammar and usage is not common amongst irreligious people. Something about being stupid and ill-educated.
Reply
0

birdman 5 year s ago
Horseshit is a good description, I was about to respond to that but then realized it makes absolutely no sense whatsoever....
"Never argue with stupid people as they will drag you down to their level and then beat you with experience"...... Mark Twain
Reply
0

ZombieDarwin 5 year s ago
Well, then, you should've had no trouble tearing it apart, then. But instead, you wasted your time and effort showing how cool and hip you are by parroting somebody else's lines.