The Most Bizarre TV Series Finales That Have Ever Aired 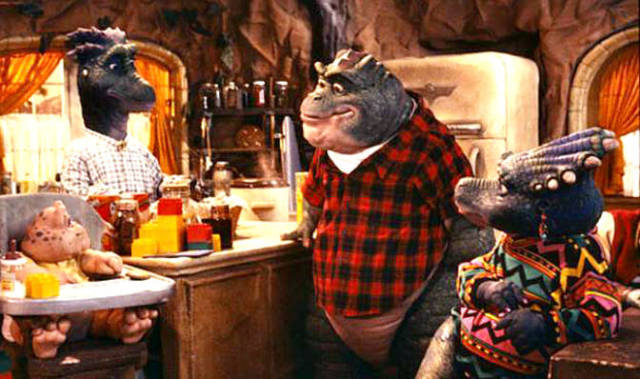 In the series finale, all hope of an episode of reminiscing about the humor that made the series a hit was stripped away – as viewers got to watch Earl Sinclair bring about the end of the Dinosaurs by poisoning the world’s plant life and subsequently blocking out the sun. The result of which was global temperatures dropping well below freezing and the imminent extinction of every living thing on the planet.

While every adult watching knew what was happening, their children may have been somewhat oblivious. Luckily, the writers made time in the finale’s last moments to bring everyone in the know as Earl has to explain to Baby Sinclair how there’s no place for them to go and that he’s sorry for killing them all.

This episode was so WTF that TV Guide had to include a special warning that the subject matter in this episode might “frighten or disturb younger viewers.” You know, because children aren’t really used to watching their favorite characters – who were marketed to kids in the form of music videos and stuffed animals – dying a slow death. 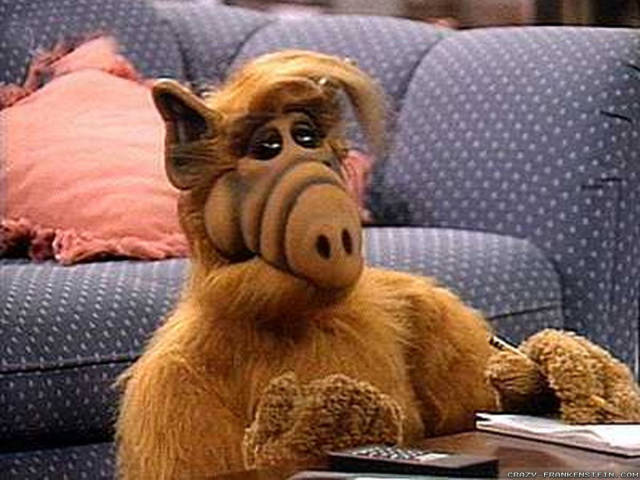 In the series finale, ALF is trying to contact Australia on the radio when he stumbles across Skip and Rhonda, two surviving Melmacians who are nearing Earth. They invite ALF to go with them. As it turns out, Skip and Rhonda have purchased a new planet and are on their way there to start a new Melmac.

ALF accepts the invitation and breaks the news to the Tanner family. After throwing him a going away party, ALF sets out for the long-awaited reunion. As the alien spaceship approaches ALF, the Alien Task Force jumps in and captures him. As the episode closes, the spaceship flies away and ALF is left in the hands of the dissection-friendly military. 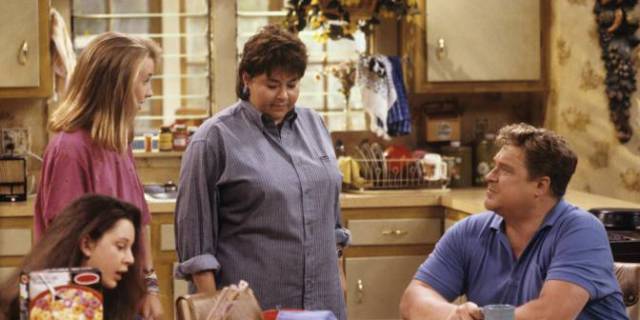 This show supposedly ended on a happy note. Darlene had a baby, the family won the lottery, and they were all well on their way to happily ever after–until the final episode revealed that none of this happened. Roseanne made it all up to put in her book after Dan died of a heart attack. 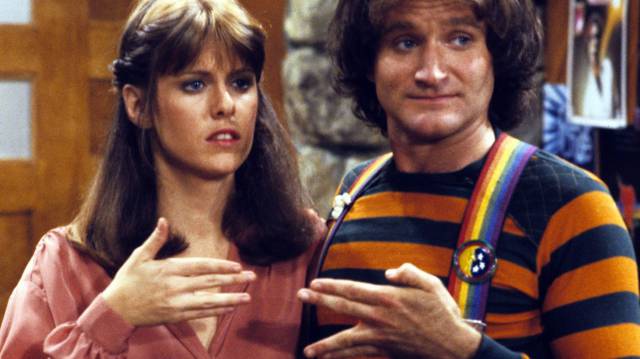 Mork and Mindy meet another alien named Kalik. The couple gets together with Kalik and his wife only to learn that their intentions are not as pure as they appear. Mork and Mindy use time travel to escape Kalik, but he follows them. The show ends with Mork and Mindy falling through time, leaving viewers wondering. 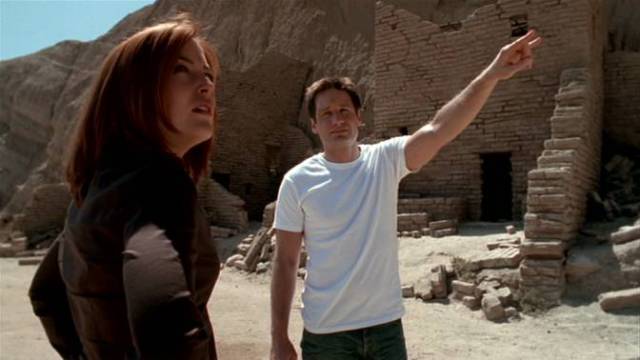 The X-Files plot arc was about a group of people (The Syndicate) who were trying to negotiate with an alien species (The Colonists) that was intent on taking over the world, wiping out humankind in the process.

First contact with the aliens occurred in 1947, when one of their spacecraft crash landed in the desert in New Mexico. In the face of the inevitability that the superior alien intelligence and technology would ultimately beat them, a small group of powerful men negotiated an agreement that humanity would be allowed to continue in the form of an alien-human hybrid. The Syndicate spent most of its time helping The Colonists develop the hybrids by keeping them supplied with human foetuses. However, they were also covertly working on a vaccine that would save humanity from this awful fate. Unfortunately, The Colonists had lied to The Syndicate about what their plans were.

The Black Oil that was supposed to create a human-alien slave race, was in fact a virus that created aliens inside the human host and their true intention was to wipe out humanity and take the planet for themselves. The Syndicate’s discovery of this betrayal led The Colonists to develop a race of Super Soldiers to ensure that the colonisation of Earth would not be prevented. The series ends with the revelation that the alien invasion is due to start in December 2012, the end of the Mayan calendar. 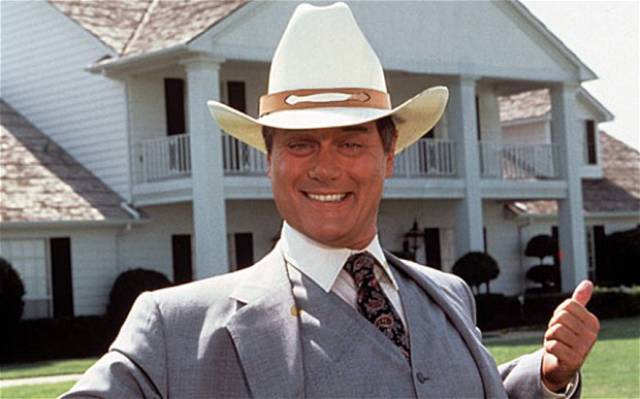 “Dallas” had a wonderful 14-year run, and many fans believed it would end with them wondering who shot J.R. As a shock to many, J.R. did die in the finale from a gunshot wound, but only because one of Satan’s minions convinced him to kill himself. 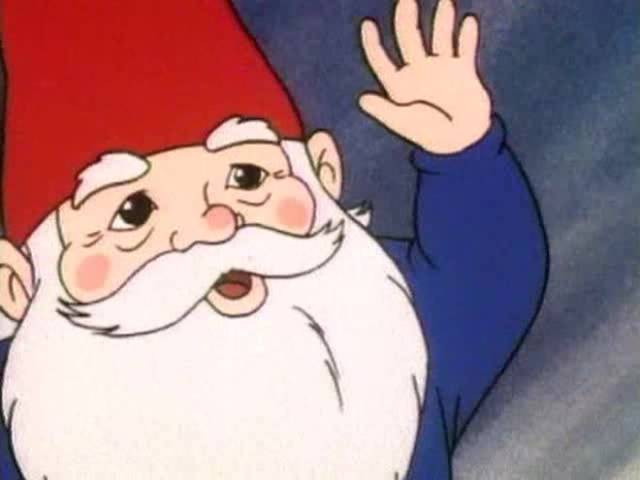 Anyone that grew up in the 80s probably remembers watching David the Gnome on Nickelodeon. The animated children’s series followed the life of a gnome couple, David and Lisa. David, as a doctor, would travel around the forest on the back of his fox friend, Swift, healing animals that had been hurt.

In the series finale of David the Gnome, David and Lisa must travel to The Mountains of Beyond because it is their time to die. The only problem is that neither David nor Lisa are really interested in dying, but are forced to because “that’s just what happens when gnomes reach a certain age.”

Before David and Lisa leave for their final resting place, an Arctic mouse shows up with a note from their old friend Casper. As it turns out, it’s time for Casper to die as well, but since he is unmarried, he wants to know if he can tag along with David and Lisa because he doesn’t want to die alone.

In the end, David and Lisa say goodbye, give each other one final kiss, hold hands and turn into apple trees.

The episode closes with the spirits of David, Lisa, and Casper waving goodbye. 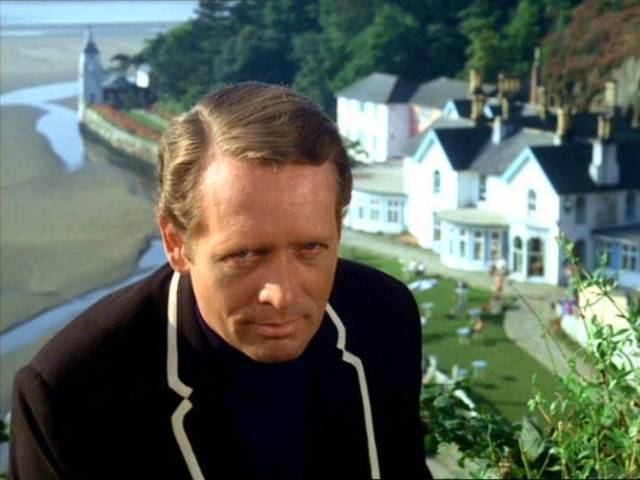 The plot was simple – somewhat: An unnamed British agent resigns from his job. After being kidnapped, he finds himself held captive in a beautiful, yet mysterious village and is given the name Number 6. While free to roam about the village, he is unable to leave.

Throughout its 17 episodes, Number 6 continuously tries to escape the island while trying to figure about the illusive Number 1 – the person that runs the island.

In the series finale, Number 6 finds out who Number 1 is, but only after sitting through a trial with a hooded jury dancing as someone sings “Dem Bones.” Upon meeting Number 1, it’s revealed that he’s wearing a monkey mask. Underneath the monkey mask is a clone of Number 6. After a chase, Number 6 launches a rocket and everyone evacuates the village.

Sound confusing? It was. Series creator and star Patrick McGoohan actually had to go into hiding after the finale of The Prisoner aired because many fans of the series were so incredibly upset with the nonsensical conclusion. 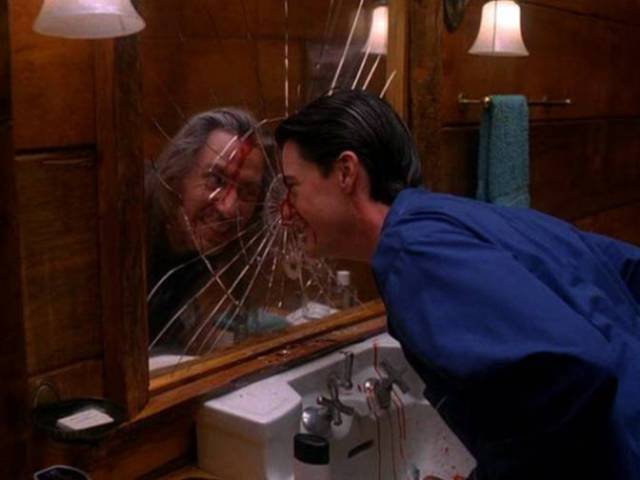 “Twin Peaks” had a cliffhanger ending that shocked fans of all ages. In previous episodes, the lead agent, Dale Cooper, investigated the murder of Laura Cooper. The agency deemed the person responsible “Killer Bob.” 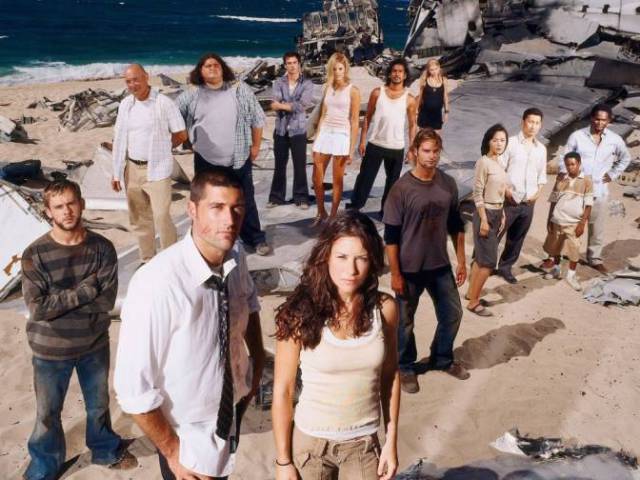 As if this show were not strange enough, the show’s finale added an extra creep factor to it. Though the finale did piece things together, fans who had fallen in love with the various characters were heartbroken and disappointed to learn they were all living in purgatory.

Like other episodes, however, the finale left viewers wondering if they had lived there the entire time. 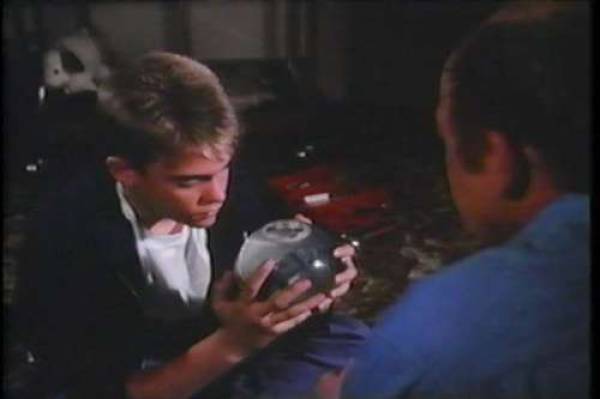 Before ER and Chicago Hope, there was St. Elsewhere. Set in an urban teaching hospital in Boston’s South End, the residents of St. Eligius were tasked with taking care of patients that other hospitals didn’t want.

St. Elsewhere is not only credited for having one of the best episodes (“Time Heals”) in television history, but for also jump-starting the careers of Helen Hunt, Ed Begley Jr., Howie Mandel, Mark Harmon, and Denzel Washington. With such prestige, you wouldn’t expect the series finale to reveal that the entire series was nothing but the imaginings of an autistic child.

At the end of the series finale, the camera pulls to a wide-shot of the hospital to reveal that the building is actually inside a snow globe that’s being held by an autistic child. And who is this super-imaginative kid? As it turns out, the autistic child is the son of Dr. Westpall, the Director of Medicine for St. Eligius.

To make sure fans knew that the past 6 years were a waste of time, they included this line as the child stared into the snow globe: “I don’t understand this autism thing, Pop. Here’s my son. I talk to him. I don’t even know if he can hear me, because he sits there, all day long, in his own world, staring at that toy. What’s he thinking about?” 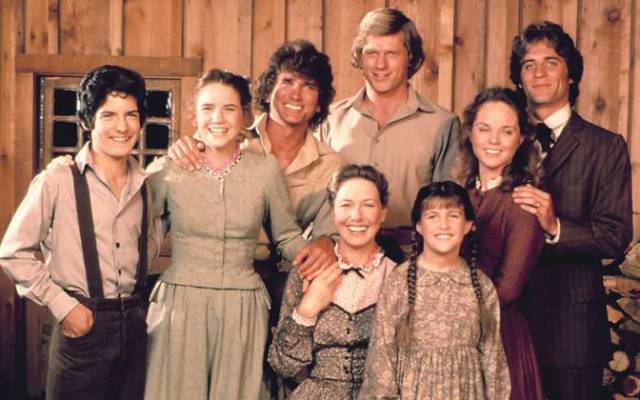 Little House on the Prairie

For over 10 years, the world watched as the Ingalls family tackled farm life in the late 1800s on Little House on the Prairie.

Ruined crops, Typhus and the Lake Kezia “monster” are just some of the dangers that faced Charles Ingalls and family during their 184 episodes on the air. Although, nothing would prepare the Ingalls for what awaited Walnut Grove in the final episode – when the residents decided to blow up the town.

In the series finale of Little House on the Prairie, the residents learn that a railroad tycoon, Nathan Lassiter, held the deed to their beloved township. When Lassiter brings Union soldiers to force the residents from their homes, the town decides to send him a message by setting off explosives in every building and declaring that while he may own the land, he cannot have the town.

As the episode ends, Rev. Alden says, “Did you hear that? Walnut Grove did not die in vain.”