2015 is nearly over, and let’s be honest, looking as the world as a whole, this year has been quite depressing. As we prepare to welcome in 2016, Trump is dominating the election, the Syrian refugee crisis is continuing to escalate and the world is at war with ISIS.

And if you’re thinking that at least social media offered us a pleasant release from the day-to-day chaos, think again.

Fads and trends come and go every year – from the Crazy Frog, to ‘Gangnam Style’ – the world has an incredible way of quickly trying to forget it’s greatest face-palm moments. And 2015 has been no different. This year, with the evolution of fashion and the advancement of technology, never before has there been a plethora of ridiculous trends. So, what stood out? Well, here are out favourites; 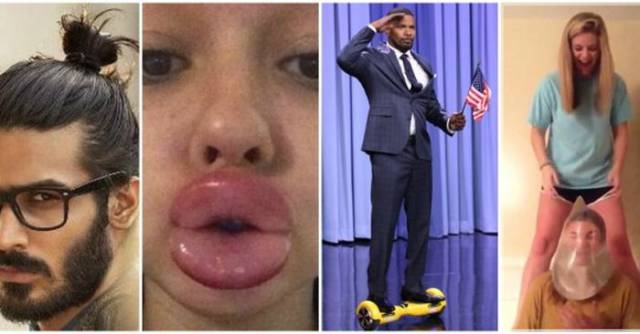 The baby of the Kardashian-Jenner clan, Kylie is an 18-year-old superstar with looks that make guys want her, and women want to be her… Literally. This year saw the “Kylie Jenner Challenge” hit our newsfeeds, where women across the world would place their lips into a shot-glass (or something similar), and suck, in an effort to replicate Kylie’s bee-stung pout. However, to say the result were a disaster would be an understatement; 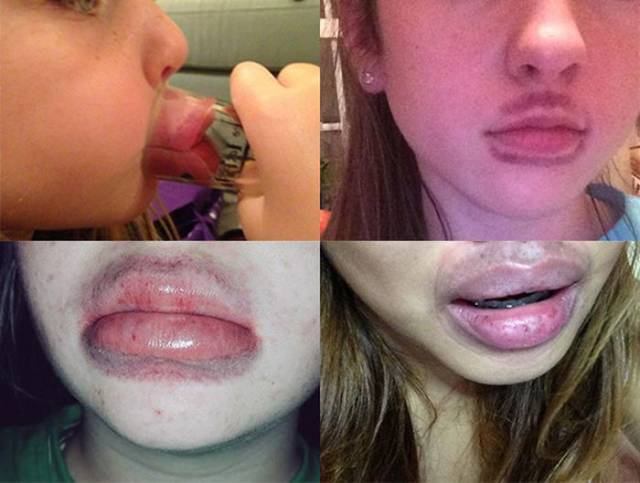 Actually, these came in handy for me at bars, because I knew to avoid the bartender with a man-bun because the only thing they seemed interested in is creeping on drunk women. Anyway, man-buns are simply a hairstyle for guys with long hair, in which they tie their hair up in a bun. I don’t actually think the style was the issue, it was more the knob-heads they were attached to. And for some reason, man-buns became so desirable, that “clip-on man-buns” actually became a thing; 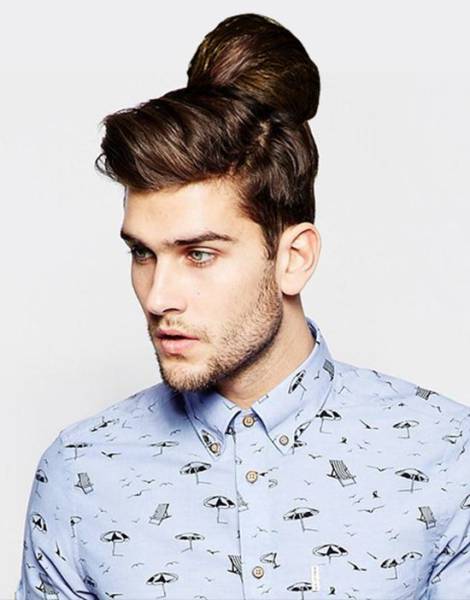 The perfect challenge for those vain people that absolutely adore some attention. This originally started as an effort to end body shaming when beauty blogger, Em Ford, removed her make-up to reveal her acne and flaws. However, this effort to inspire quickly backfired when “beautiful” people adopted the hashtag and started drawing on unibrows and spots, in an effort to make them look as “ugly” as possible. They would then place an image of this next to what they usually look like to show the contrast.

This, of course, was completely ridiculous and hypocritical, as they were basically telling people what was ugly, and what was not. To combat this stupidity, people started using the hashtag “#BeautyInAllChallenge”, where people would unashamedly announce their flaws to the world, to show that everyone is beautiful. 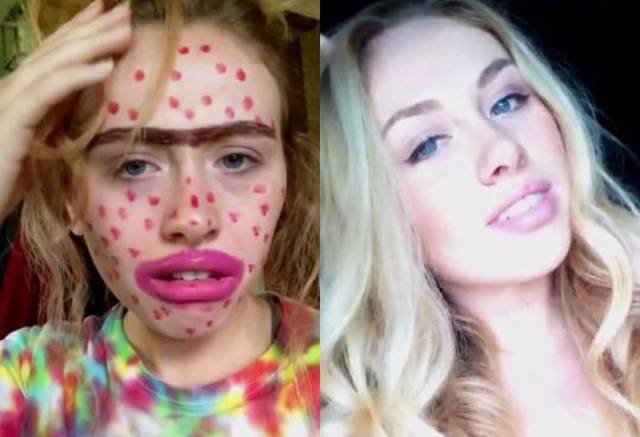 They’ve been around for decades, but this year, a couple of new fad diets became the latest craze in an effort for weight loss. In particular was the Bulletproof Diet, which involves consuming healthy fat as 60% of your diet, meat as 20%, and 20% as vegetables. One staple of the diet is the “Bulletproof coffee”; a mug of coffee loaded with 2 tablespoons of grass-fed butter and MCT oil. This high-fat intake, no-exercise lifestyle is supposed to help the body “burn more fat”, although there is absolutey no scientific evidence to back this claim. Here’s a crazy idea; stop taking shortcuts, and just monitor your calories and do some exercise. 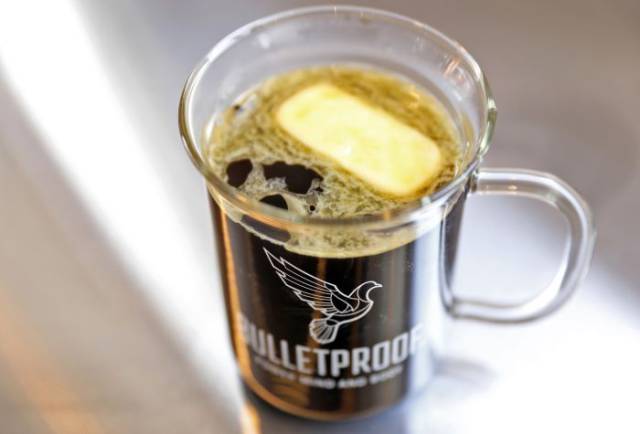 As a man, I can confirm that men really do not have it as hard as women in society. Despite this, a number of guys took to social media with the hashtag “#Meninist”, in an effort to mock the “feminists double standards”, by revealing all the things men have to put up with in society. These included things like picking up the check on dates and having give up seats on the subway. The only problem is, nobody has ever forced a bloke to do this. Fellas, it’s really not the same. It’s really not. 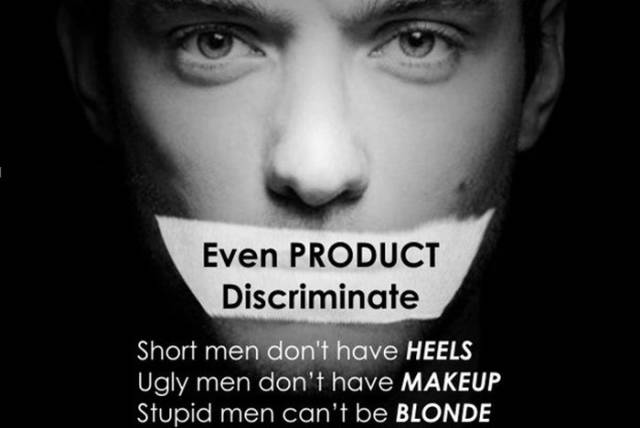 The Leaning Tower of Pisa, the Eiffel Tower, Big Ben, Machu Picchu, The Great Wall of China, the Great Pyramids of Giza, the Statue of Liberty, Auschwitz; all are locations where selfie sticks have been used to get the “perfect selfie”. I understand the convenience, I really do, but seriously, selfies have become a back-handed joke in society, and anyone seen trying to obtain a “perfect” selfie immediately becomes the subject of ridicule. Let’s see selfie sticks thrown in the bin just in time for 2016, yeah? 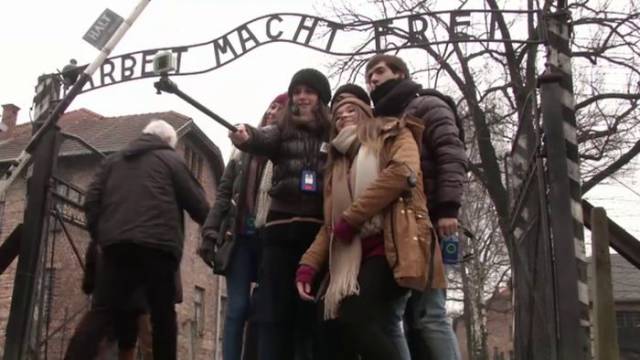 If the Condom Challenge was a science experiment, it would be written as follows;Aim: Make people on Facebook laugh out loud hysterically, obtaining popularity amongst my social group, all with the possibility of finding worldwide fame from such an entertaining viral video.

Method: Fill a condom (preferably unused) up with water, tie a knot in the end and drop it on somebody’s head. As the condom covers the cranium of your partner, laugh and point.

Conclusion: It really wasn’t that funny. Ridiculous, actually… So let’s never do it again. 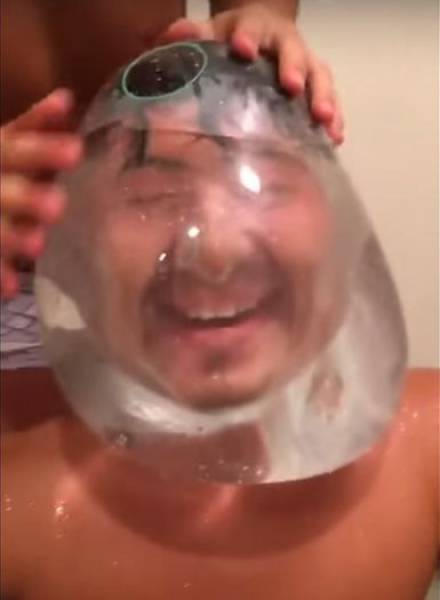 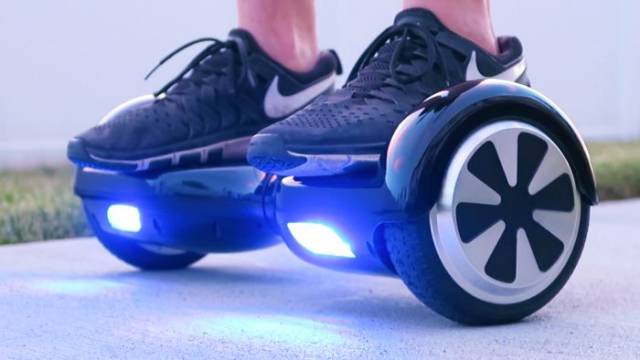 In 2015, Sam Pepper pissed off almost everyone in the world by posting a video of prank.

However, instead of sexually assaulting women, this time Sam was pretending to kill somebody’s best mate. The first problem was that it wasn’t funny. Like, at all. It was actually very uncomfortable to watch. Secondly, the style the video was filmed in was dangerously similar to the ISIS beheading videos that have become so common in 2015. People were so offended by this “prank”, that even Hacktivist group, Anonymous threatened to take down the video themselves if Pepper did not. 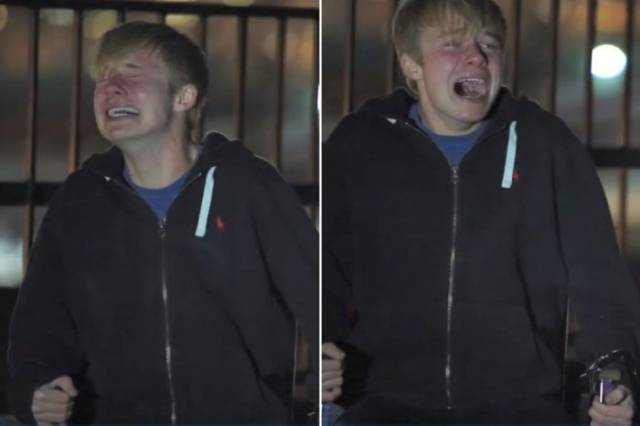