Claim: A Syrian boy, orphaned by the war, sleeps between the graves of his parents.
1 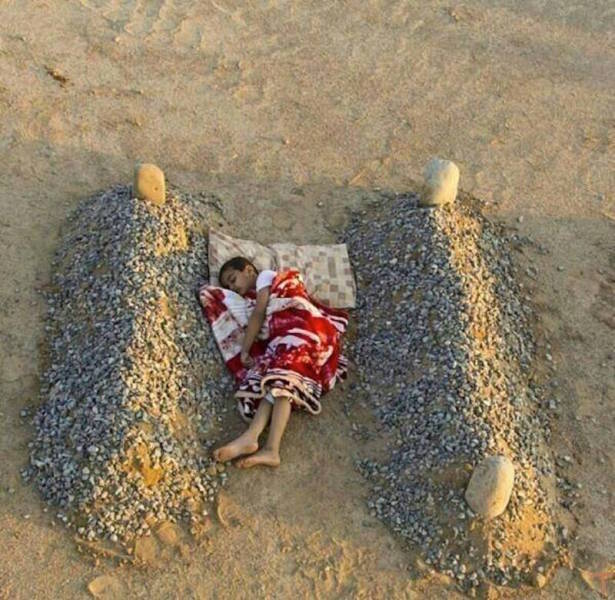 Reality: A staged shot taken by a photographer in Saudi Arabia as part of a conceptual art project. The graves were fake, and the boy was the photographer's nephew. When the photographer realized that the photo was being misunderstood, he uploaded more photos showing other shots of his nephew during the photo shoot, to demonstrate that the scene was a staged art project.
2 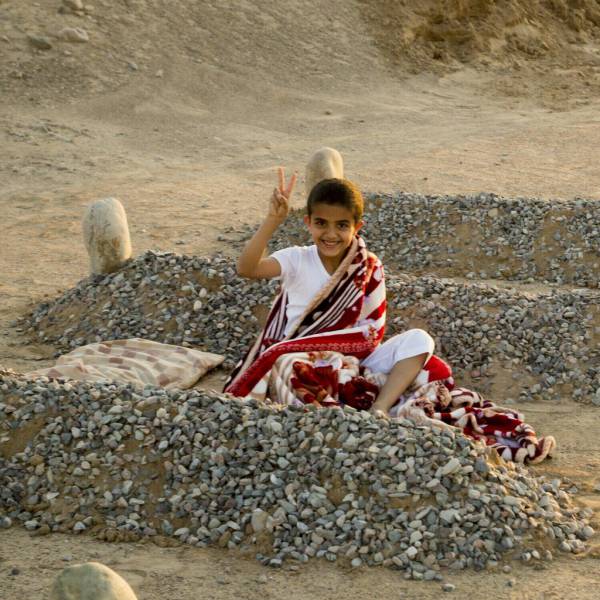 Claim: A simple tourist getting himself photographed on the top of the World Trade Center just seconds before the tragedy of 9/11. The camera was found in the rubble.
3 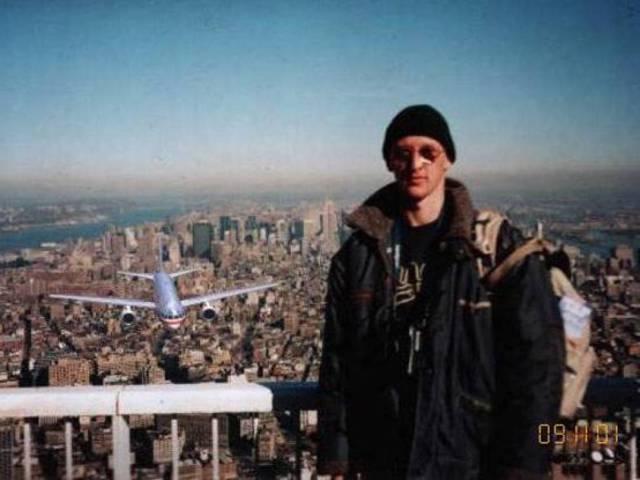 Reality: This image was shared by millions following 9/11. Two months later, a Hungarian man admitted he was the "Tourist Guy." The photo had been taken during a 1997 vacation. Following 9/11, he pasted the plane into the background, intending the visual gag as dark humor to share with friends
4 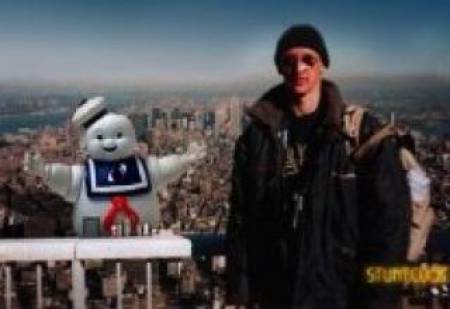 Claim: 'Snowball' is an 87-pound cat owned by Rodger Degagne of Ottawa, Canada who adopted the cat's mother after finding her abandoned near a Canadian nuclear lab. Snowball was a normal-sized kitten at birth, but just kept growing!
5 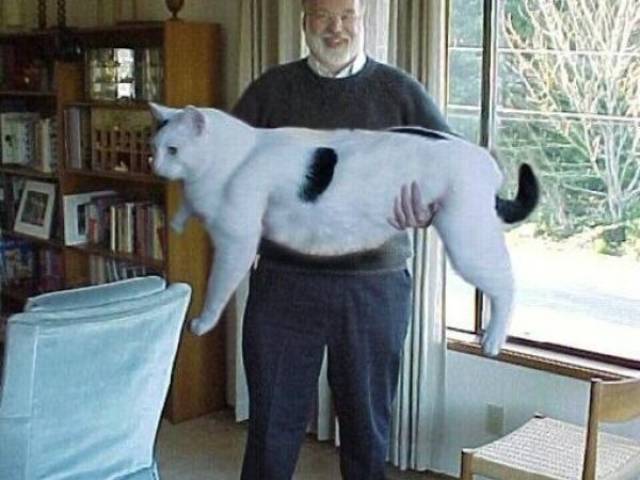 Reality: The cat's real name is Jumper. He was a normal-sized cat owned by Cordell Hauglie who created the digitally enlarged version of Jumper as a joke to share with friends. The image went viral when his friends started sharing the image via email with others.
6 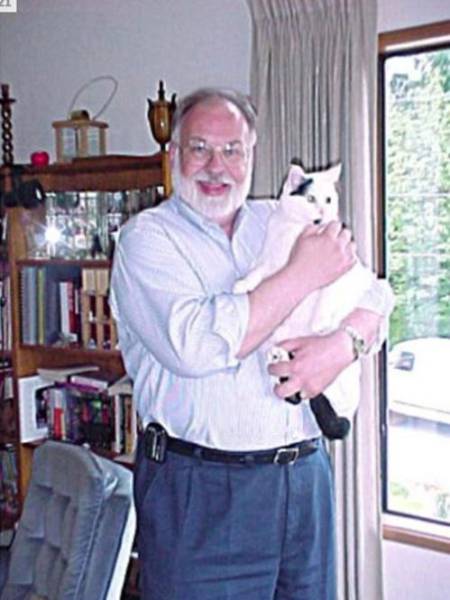 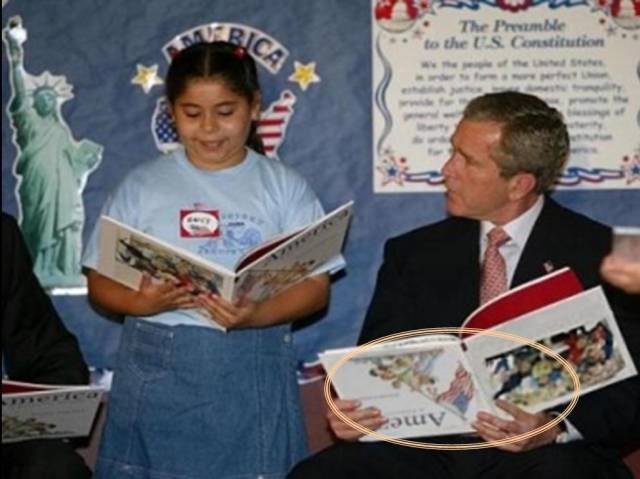 Reality: The original version of this photo was taken in the Summer of 2002 while Bush was visiting George Sanchez Charter School in Houston. It shows that Bush was holding the book rightside-up. An unknown hoaxer horizontally and vertically flipped the image on the back of the book to make it appear to be upside-down, for the purpose of political humor.
8 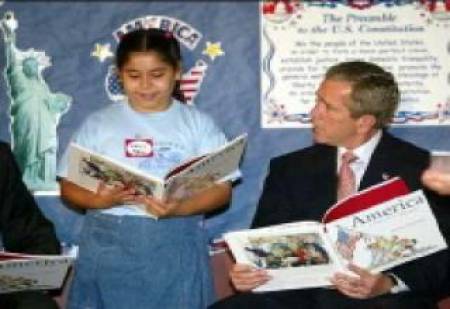 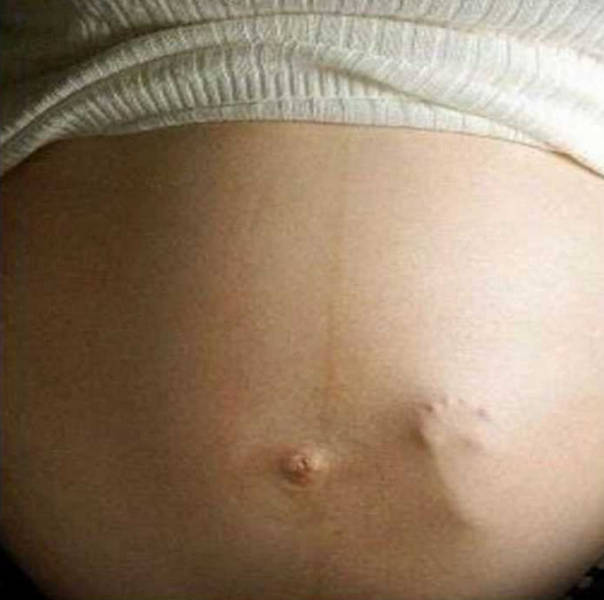 Reality: A pregnant woman might see her belly bulge when a baby thrusts out a limb. However, the abdominal wall is too muscular and thick to allow a footprint to be seen with this clarity. Which suggests that the photo must be fake. In addition, the footprint seems disproportionately large for a fetus. However, the source of this photo remains unknown.
10 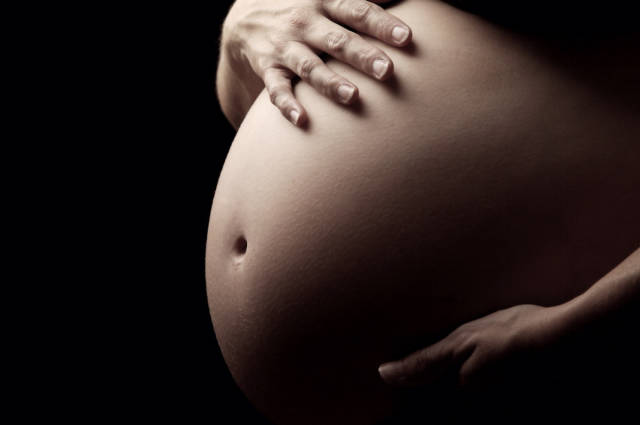 Claim: This picture was published in Popular Science magazine in 1954, to illustrate what a "home computer" might look like in the year 2004.
11 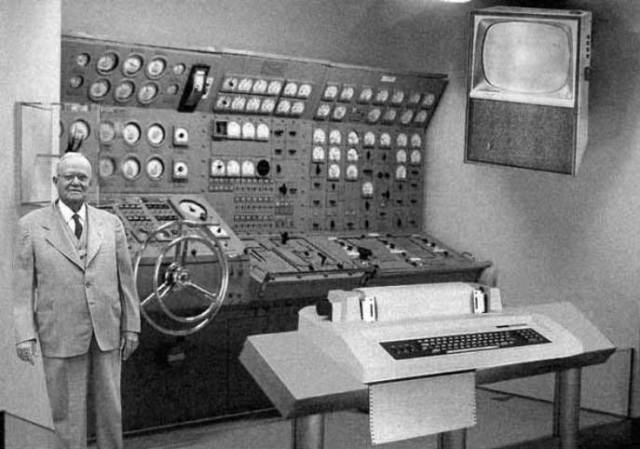 Reality: The photo was actually created in 2004 by Danish software sales and support technician Troels Eklund Andersen as an entry in a Fark Photoshop contest. Andersen took a photo of a submarine's maneuvering room on exhibit at the Smithsonian, made it black-and-white, then pasted in the teletype printer, the old-style television, and the man.
12 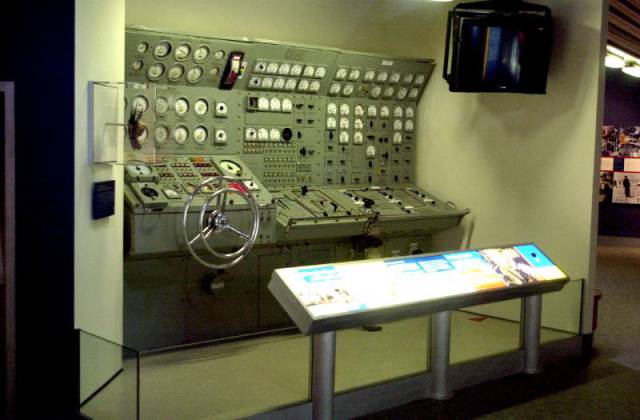 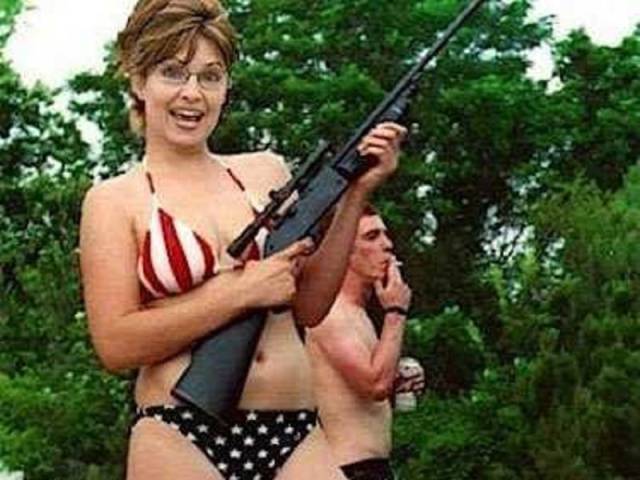 Reality: This image started to circulate online soon after Palin was chosen as John McCain's Vice-Presidential candidate. It was created by an unknown hoaxer who cut Palin's head from a photo of her marching in a July 4 Parade and pasted it onto the body of a bikini-wearing model.
14 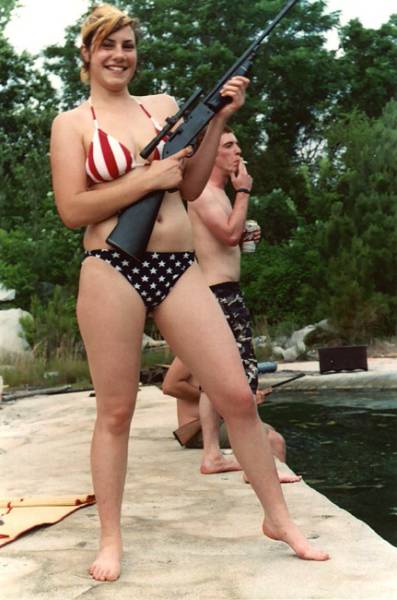 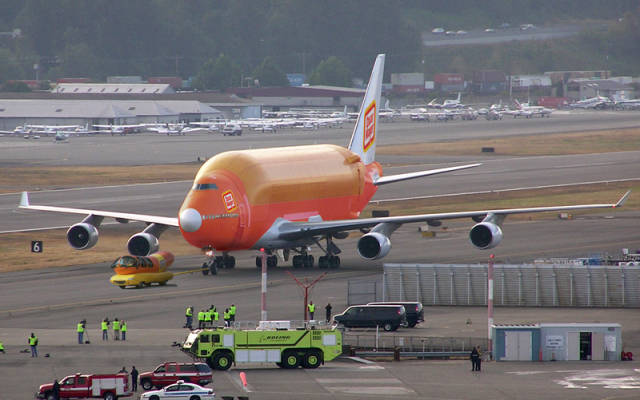 Reality: Unfortunately there never has been an Oscar Mayer Wiener Jet. This image appears to have been created as a joke by the graphic designers whom Boeing commissioned to create the livery for the 747-400 Largo Cargo Freighter. The plane's unusual shape evidently reminded them of a hot dog.
16 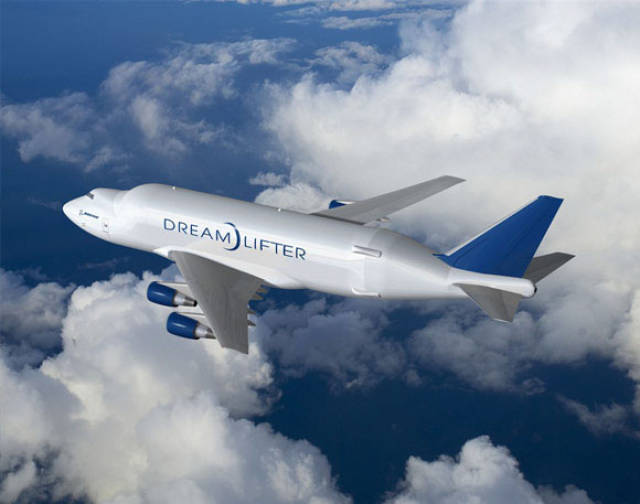 Claim: An "Angolan Witch Spider" spotted crawling on the side of a house in Texas. It took several gun shots to kill it.
17 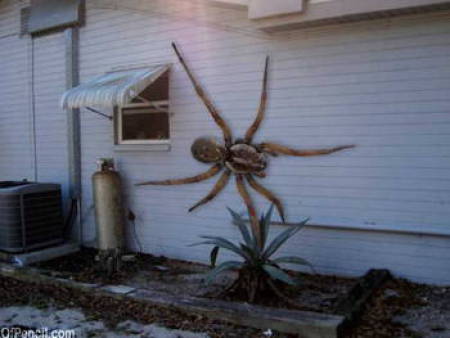 Reality: The image is the creation of artist/photographer Paul Santa Maria who took a photo of a normal-sized wolf spider outside his Florida home and used Photoshop to expand it to gigantic proportions. "Angolan Witch Spider" is a creative name, but there is no such species in reality.
18 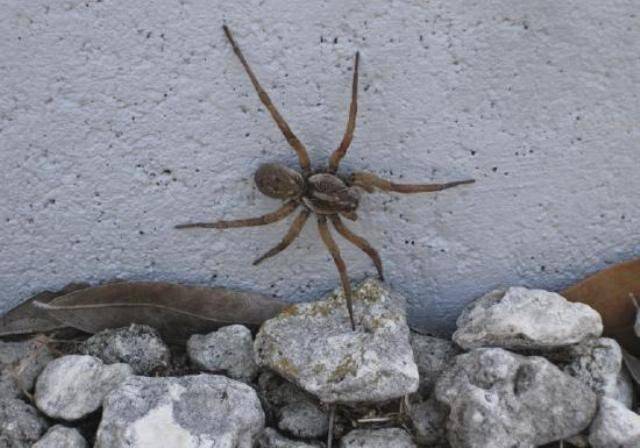 Claim: This is an actual piece of carefully carved furniture, made to appear as if its been deformed by a digital glitch. It's not a photo file gone wrong.
19 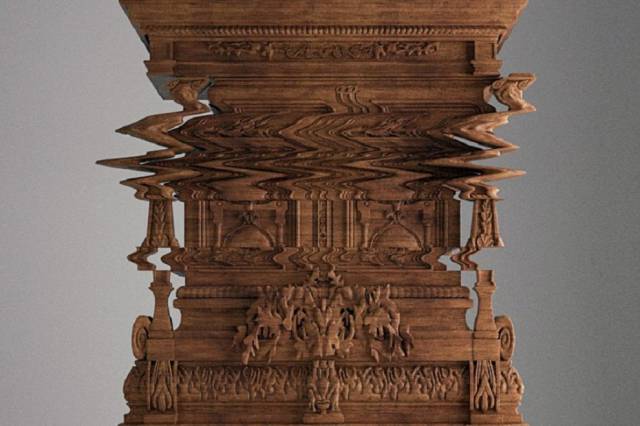 Reality: Furniture designer Ferruccio Laviani did create "glitch" furniture for a Furniture Exhibition in Italy. His aim was to make furniture "which seems to have been 'deformed' by a strong jolt or by swaying movements." The picture above was a photo mock-up of the concept for the collection. In other words, it wasn't real.
20 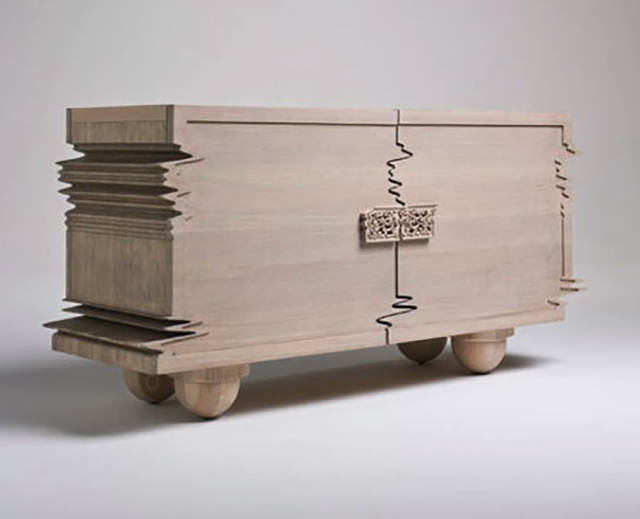 Claim: During a photo-op on his 2012 presidential campaign, Mitt Romney's family accidentally misspelled their last name. The greatest Freudian slip in history!
21 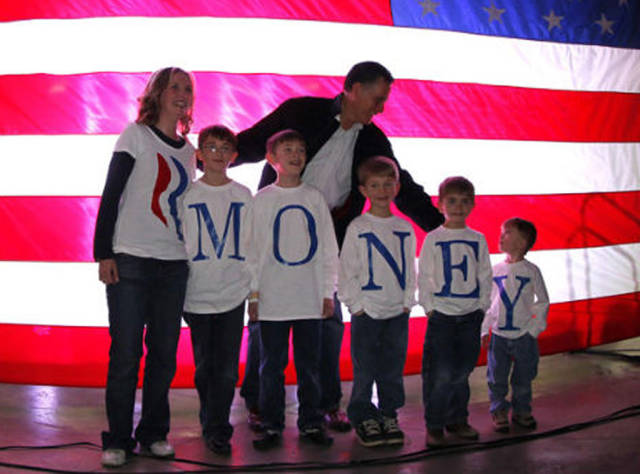 Reality: That isn't actually Romney's family in the photo. Nor was his name misspelled when this scene happened in real life. The misspelling was achieved via photoshop. The original picture was taken by Reuters photographer Brian Snyder at a Romney campaign rally in Elko, Nevada.
22 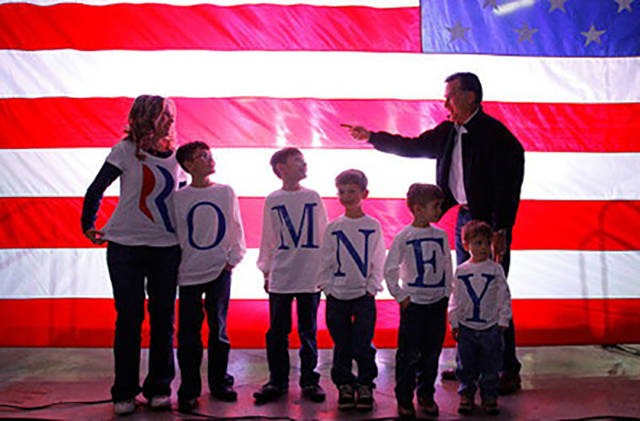 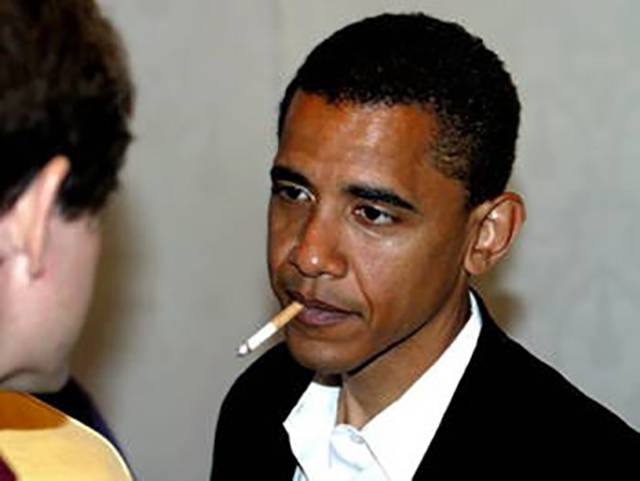 Reality: Obama has admitted to being an occasional smoker. Nevertheless, this is not a real photo of him smoking. The original photo (minus the cigarette) was taken in 2004 while then-State Sen. Obama met with constituents at the University of Illinois. In early 2008, during Obama's presidential campaign, an unknown hoaxer digitally added the cigarette into his mouth, and the image then went viral.
24 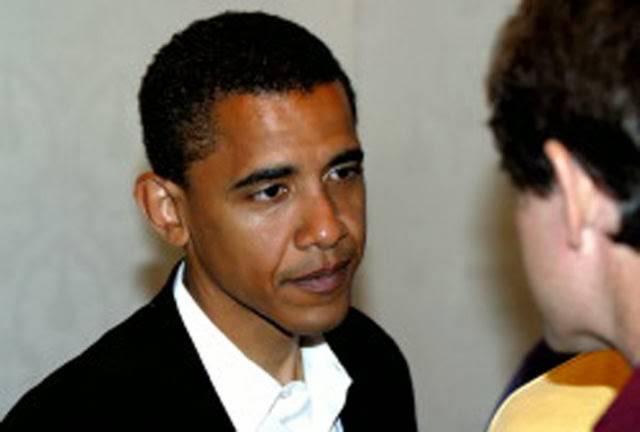 yhamster 5 year s ago
That was Super Boring
Reply
5

napalm 5 year s ago
I liked it. I'm a boring fucker.
Reply