The List of Countries Where People Live The Longest (25 pics)

There are many factors that affect life expectancy. One of them is the country you live in. It is no secret that countries that offer the highest quality of life have also the longest-living citizens.

Starting off our list of countries with the highest life expectancies are Finland and Belgium, both sharing the 25th spot. The two highly-affluent European countries hint at a common trend throughout the data: citizens of wealthier countries tend to live longer. Though money doesn’t buy happiness (well, that’s not entirely true but we’ll leave that for another list), money can buy higher quality food, cleaner environments, and better healthcare. 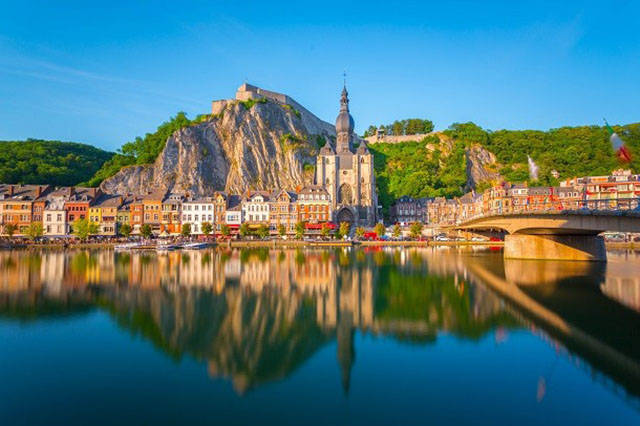 Coming in at 80.54 years, citizens of Portugal and Guadeloupe (a French overseas territory in the Caribbean Sea) are the only other areas to share a spot on our list. Guadeloupe’s relaxed, island lifestyle contributes to a laid-back style of living, helpful in keeping stress levels low and life expectancy high. Portugal, despite not being as wealthy as other European Union members, has the 12th best public health system in the world and its people enjoy living with a strong gusto for life and family. 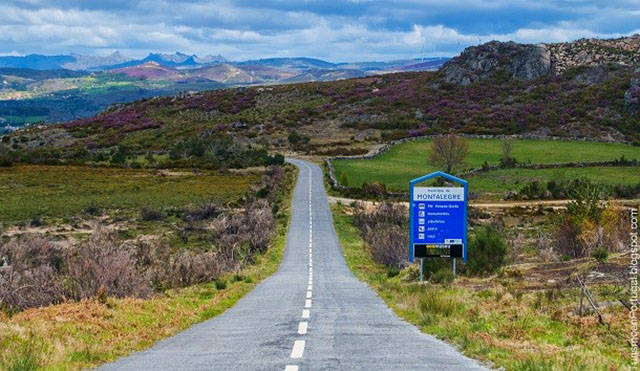 Ireland’s high life expectancy may be a bit more than the luck of the Irish. Though alcoholism and cirrhosis of the liver affects thousands of Irish people every year, it’s possible that the positive attitudes most residents of the Emerald Isle have produces a beneficial effect on long life. 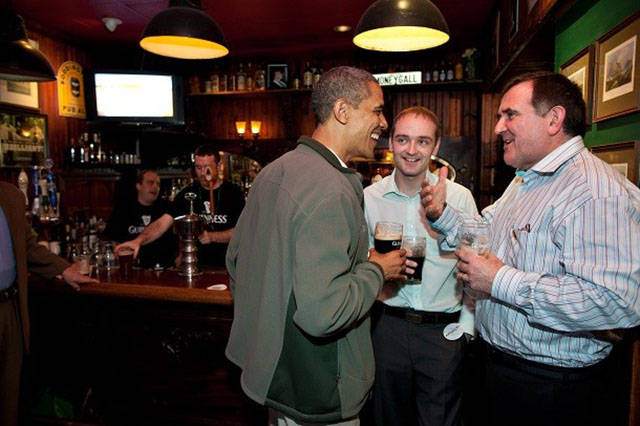 Just as confusing as the Irish, the Greeks live hearty lives – up to 80.6 years old – despite having the largest percentage of adult daily smokers of any OECD country. Maybe it’s all the olive oil, feta cheese, and beach life. 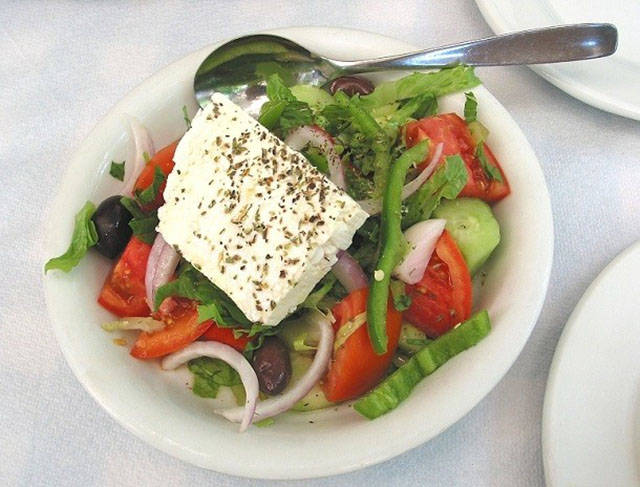 The “land of poets and thinkers”, Germany is increasingly known as having the widest belts in Europe. Though Germany has the highest number of overweight people in the European Union, it also has the world’s oldest universal health care system, dating back to Otto von Bismarck in the 1880’s. Even as early as the thirteenth century, Germany had high-quality healthcare centers called spitals which predate modern-day hospitals. 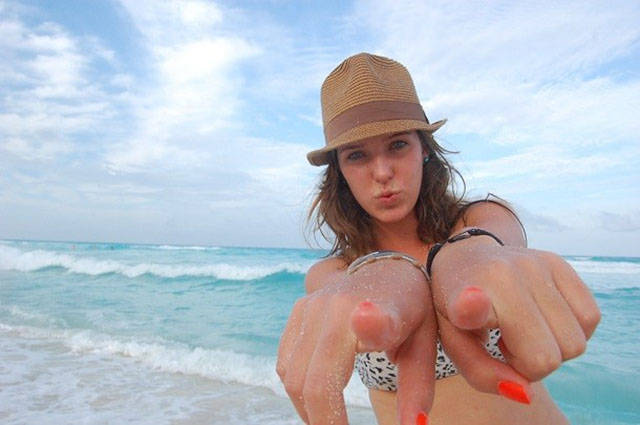 Austrians live magnificently long lives, coming in at number twenty with an average life expectancy of 81.09 years. The Alpine air, nominal per capita GDP of $52,216, and many opportunities for social and cultural activities play a strong role in Austrians’ longevity. 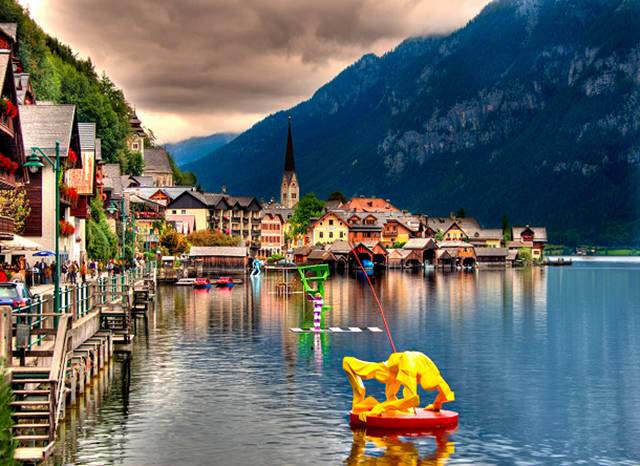 The only South American country on our list – and one of only three in the Western Hemisphere – Chile has an average life expectancy of 81.19 years. And it’s no surprise why. Among Latin America, Chile is the leader in human development, income per capita, and state of peace. It goes to show that peace and economic stability – two things most of our ancestors a century or two ago didn’t have as they constantly struggled to survive – play critical roles in health and longevity. 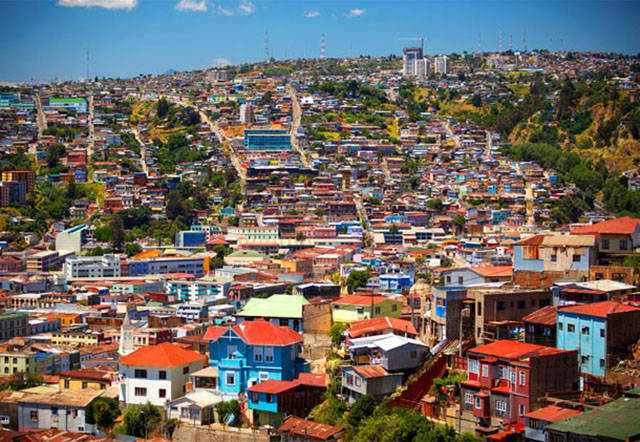 Another overseas region of France in the Caribbean, Martinique has a higher standard of living than most Caribbean countries. Largely financed by French aid, the country has been increasingly becoming a hotspot for tourists. It’s rumored taking a vacation to the island will boost your own life expectancy, if nothing else than for having your feet in crystal blue waters. 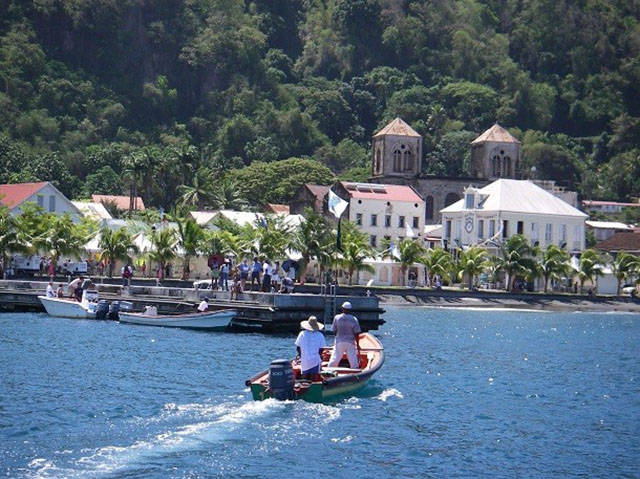 The Netherlands’ healthcare system has consistently been rated the best in Europe, but that’s not all keeping its citizens living into their 80’s. The Dutch are also the most charitable country in the world (per capita). Charitable giving boosts happiness and life satisfaction which in turn increase life expectancy. 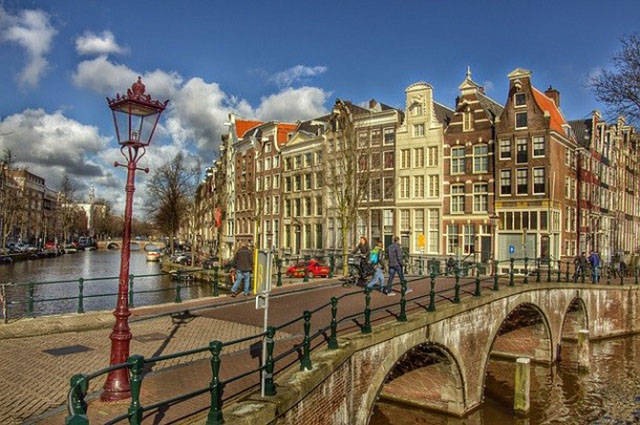 Most Norwegians enjoy living into their ninth decade of life. Health researchers have noted – beyond the citizens’ affluence and healthy diets – that Norwegians’ emphasis on “marka” (nature nearby to every city) and spending time in said nature increases their lifespans. 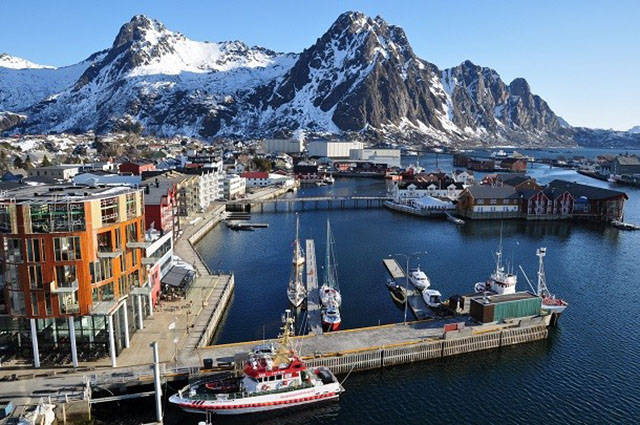 Citizens of one of the tiniest states in Europe enjoy one of the highest life expectancies in the world. Luxembourg is the highest seller of alcohol in Europe per capita, though these numbers are skewed by the large amounts of foreigners crossing the border to buy alcohol. Health-wise, one in five Luxembourgers are licensed members of at least one sports federation and maintain better health than much of Europe. 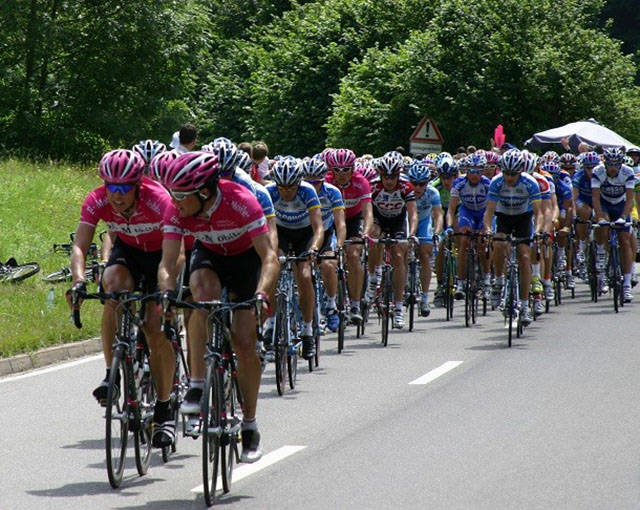 One of four Asian countries in the top fifteen, the Republic of Korea (South Korea) follows an Asian trend in putting greater emphasis on health than much of the Western World. Despite Koreans’ generally long lives, they face a major and increasing problem from environmental pollution and urbanization with almost half of the 51 million Koreans livings in the Seoul metropolitan area. Also, mental health is of concern in South Korea, home to the industrialized world’s highest suicide rate with 26 deaths per 100,000 inhabitants in 2008. 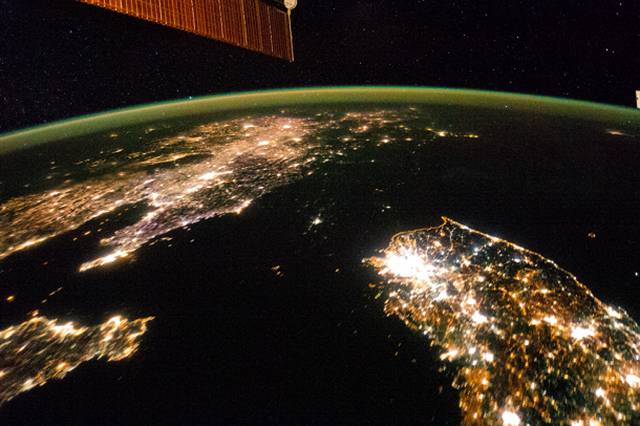 New Zealand is an adventurer’s paradise. With outstanding biodiversity, mountains, beaches, volcanoes, and a temperature maritime climate, New Zealand is easily one of the most comfortable places to live on Earth. The “laidback Kiwi psyche” is well-known among the world, contributing to a more relaxed lifestyle. Combine that with top-notch wines and the Kiwi cardiovascular health is something to aim for. 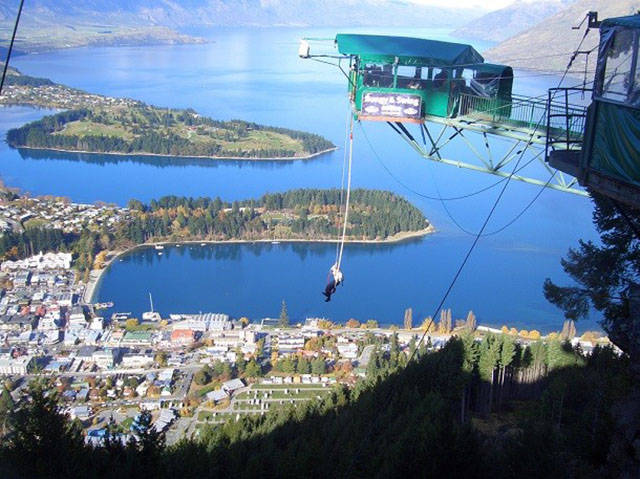 One of the most developed countries on the planet, Canada is also one of the most-liked. Beyond it’s massive natural heritage and equitable living, Canada is also the most educated country in the world, ranking first in the percentage (51%) of adults with at least an undergraduate degree. Despite the massive amounts of immigrants accepted into Canada each year – Canada accepts 10% of global refugees annually – life expectancy numbers don’t skew as much as could be expected. The ease of life in Canada may just be the driving force for the longevity of all who live there. 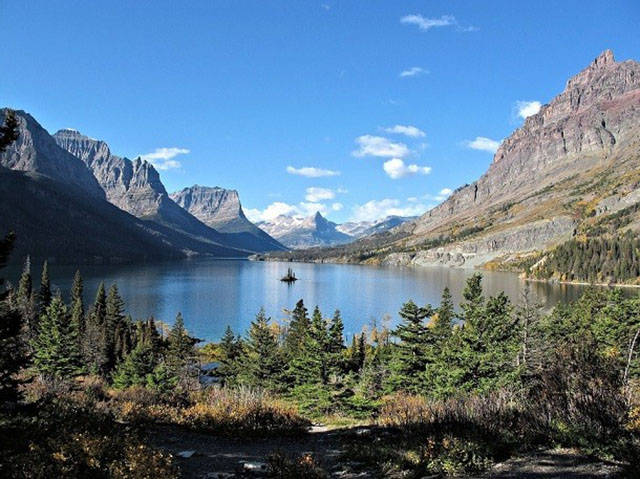 The French are known as being some of the healthiest people in the world. The combination of a healthy Mediterranean diet, one of the best healthcare systems in the world, and a strong work-life balance all help the French live up to an average age of 81.84 years. The country has one of the greatest discrepancies between the sexes on this list, with the average French woman living over six years longer than the average French man. 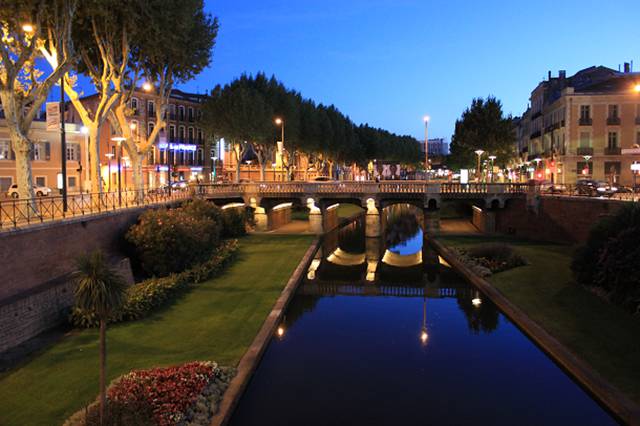 The third Scandinavian country to appear on our list, Sweden reinforces the fact that Northern Europe is one of the healthiest regions in the world. Besides having the highest water quality and the second lowest air pollution in the OECD, the Swedish diet plays a major role in such longevity. The fish, berry, and whole-grains rich diet lowers the risk of heart disease and overall helps Swedes live longer. 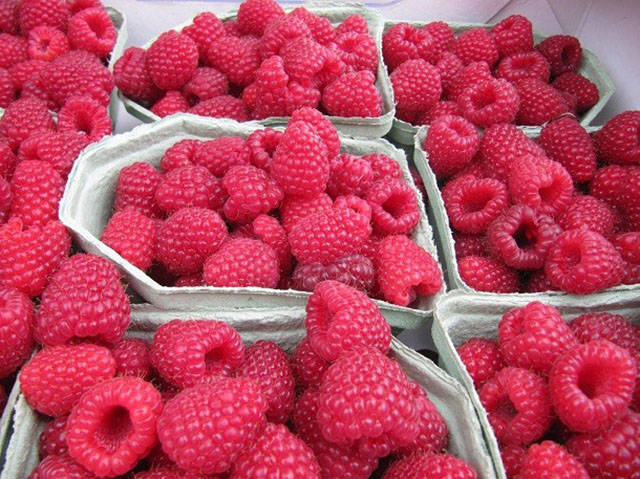 Israelis have the ninth highest life expectancy in the world, living on average for over 82 years. Besides also eating a Mediterranean diet (see a trend yet?), some scientists believe the genetically mixed population of Israel helps extend lifespans since mixed peoples tend to life longer. Israelis also enjoy stronger ties with their families and communities than many other countries. 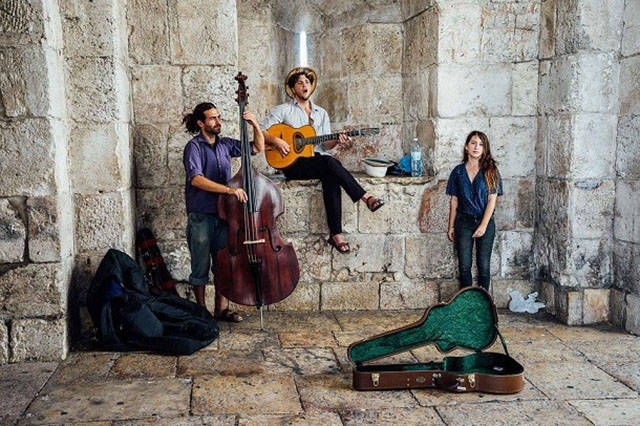 Despite the dangers of Australia – terrifying creatures, rising obesity rates, and the world’s highest prevalence of skin cancer – Australians are resolutely hardy people, living on average up to 82.09 years. Health professionals credit a decrease in smoking (the largest preventable cause of death in Oz) and a high literacy among Aussies for such long lifespans. 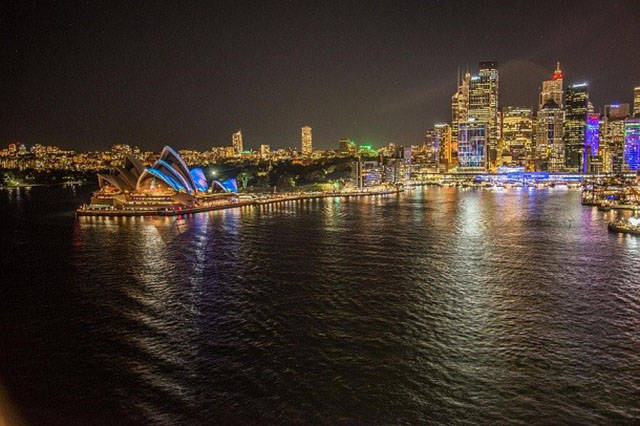 Spaniards, the fourth of five Mediterranean nationalities on our list, have remarkably long spans largely due to diet and the favorable climate. Beyond these, Spain also has the sixth lowest suicide rate in the OECD. Countries with lower suicide rates include Turkey, Mexico, Greece (#22), Israel (#9), and #3 on our list. 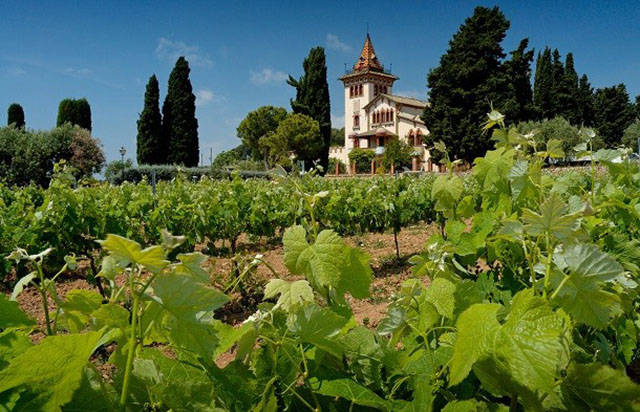 The long-living Icelanders can thank their natural surroundings for giving them such long lives. Beyond an efficient public health system and plenty of fresh fish in their diets, Icelanders live in one of the least polluted countries on Earth. Iceland keeps itself environmentally pure by emphasizing geothermal energy and providing residents with hot water direct from the island’s hot springs and volcanism. 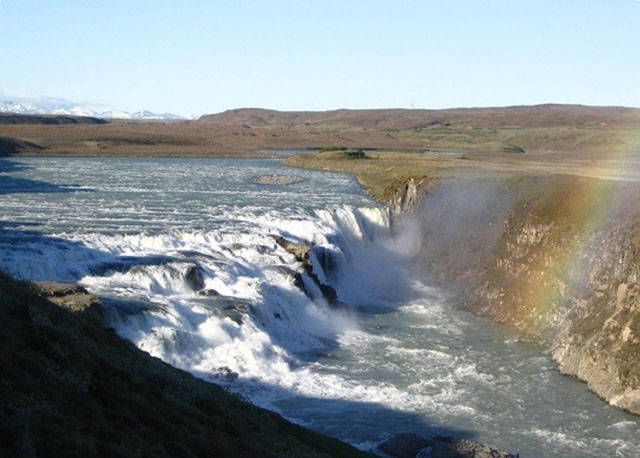 Home to one of the richest populations on Earth, Singapore is the world’s sole island city-state. Most Singaporeans live to age 82 and beyond, largely thanks to a government with tremendous foresight. Controlling the amount of cars (and thus pollution) on the road and managing a widely-comprehensive healthcare system, the government has also placed a focus on chronic disease prevention and management. 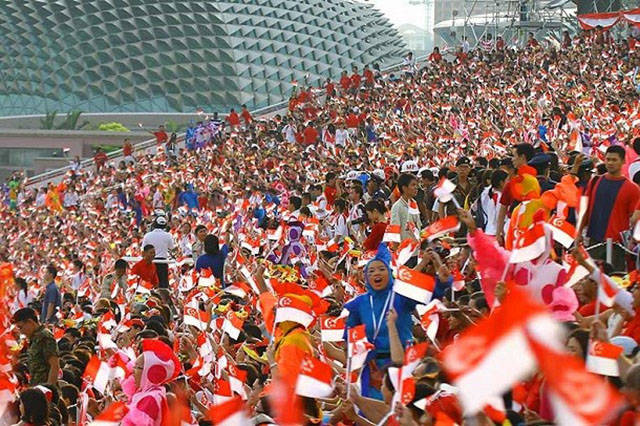 An Alpine paradise, Switzerland boasts high incomes, clean air, and happy people. A major reason why the Swiss live so long? The World Economic Forum’s Human Capital Report in 2013 cites Switzerland as the country which invests the most in its citizens’ health, talent, and education. Combine a well-cared-for population with low crime rates and strong social cohesion and you have the working for one of the longest lifespans in the world. 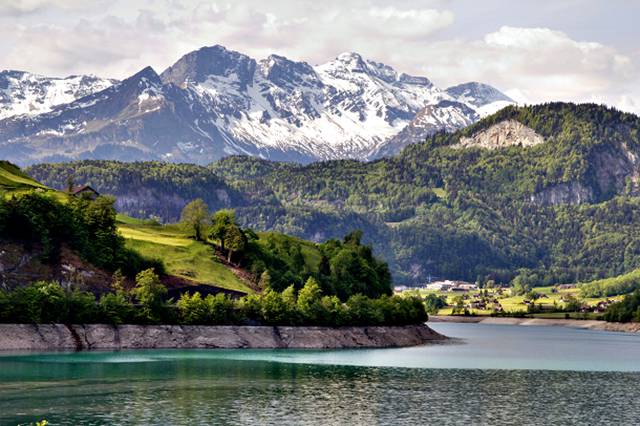 Italians are a bit of an enigma – despite all the smoking, carbs, and the lower incomes than other countries on this list, Italy has the third highest life expectancy in the world. Glossing over the previously-discussed Mediterranean diet and temperate climate’s positive effects, Italy has long-been a more cohesive society than many others on this list. Lower levels of social turmoil and inequality seem to play an important role in Italians’ better health. 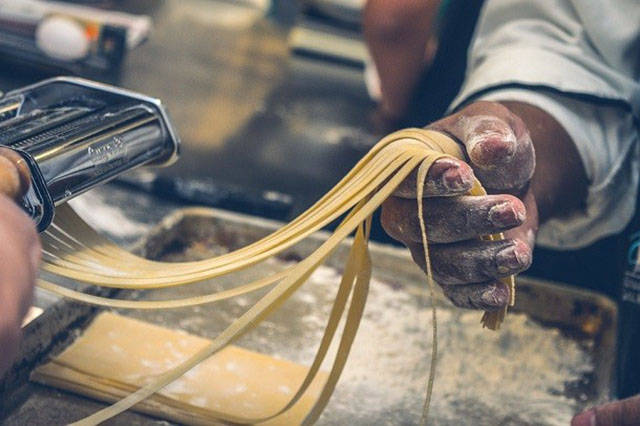 Cited by some researchers as the healthiest people on the planet, the Japanese enjoy an average lifespan of 83.3 years. Japan has been studied by scientists across the world for having the highest per capita number of centenarians (people living to over 100 years old) at 34.85 per 100,000. The highest proportion of these centenarians are on the island of Okinawa: the highest consumer of seaweed in the world. Maybe we have something to learn from the green stuff. 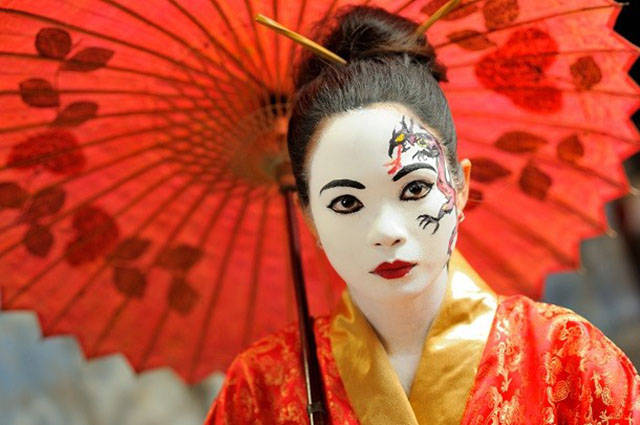 And the top spot on our list goes to…Hong Kongers! The cramped-living, busy-working city dwellers may surprise some people to take the top spot on our list. But Hong Kongers live on average for nearly 84 years! Though work is often cited as a primary stress factor, the “emptiness syndrome” that comes from having nothing to do rarely affects Hong Kongers who frequently work into their 80’s. A highly-steamed Cantonese diet, body-moving tai chi (found to increase balance and cardiovascular strength), and brain-stimulating mahjong game (found to delay the onset of dementia) help to make Hong Kongers the longest living nationality on Earth. 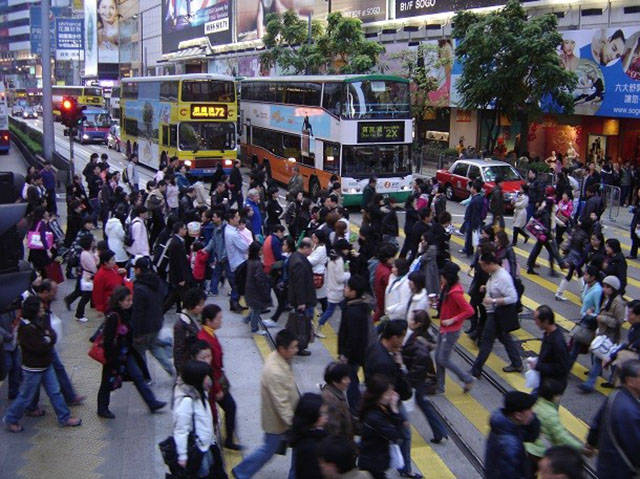