False vacuum: In quantum field theory, the false vacuum hypothesis states that our universe may exist in a low energy or impermanent space. Think of the universe as a pot of boiling water and we exist within a bubble forming at the bottom of that pot. Now after billions of years in this false state our bubble rises to the surface and pops. Without notice or warning we disappear into incomprehensible nothingness and there is nothing we can do to stop it. 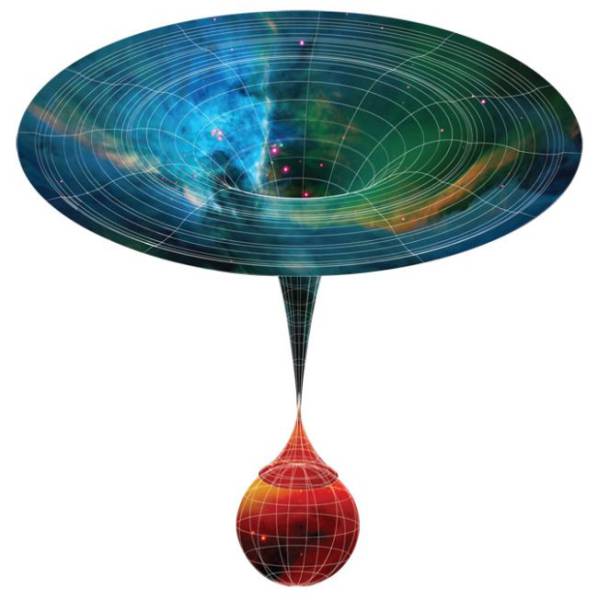 Brain In A Jar: The brain in a vat, or brain in a jar theory implies our consciousness could be taken out of our bodies and that we could experience reality through the neurological connections of our brains. This idea has been the centerpiece of many works of fiction and ‘thought experiments’, which have sought to better understand what constitutes reality. The brain in a vat theory presumes that the brain is the origin of all consciousness, that the brain operates on electrical impulses and that external stimuli can affect how the brain operates. The terrifying implications are that you may be nothing more than a brain in jar a without anyway to prove or disprove it. 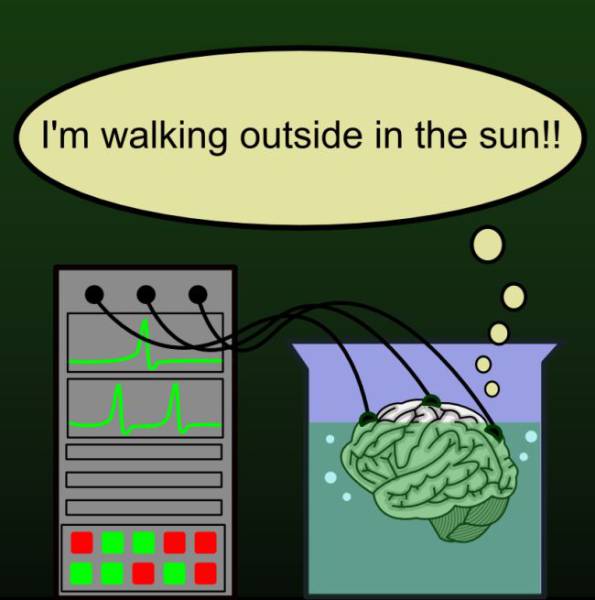 Fermi Paradox: Let's say there is an anthill in the middle of a forest and right next to that is the construction of a ten-lane super-highway. These ants will have absolutely no understanding of what a highway is or how they are made, though the ants may experience some loud noises and rumbling while the road is being built. The Fermi Paradox states that the chances of there not being intelligence in the universe besides ourselves are far surpassed by the probability that there are. The question in regard to the ants is, will they ever understand what the highway is for? The paradox is that alien life may be so far beyond what we humans can comprehend that to us aliens way be construction workers while we are just ants. 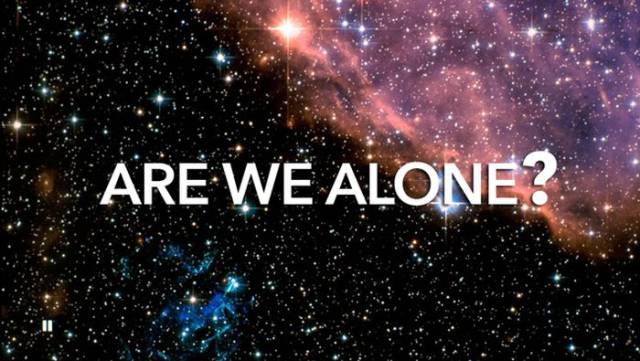 Multi-Dimensional Beings: Imagine a 2D organism living on a piece of paper. Depending on where you position yourself to the being effects whether or no the being can ‘see’ you and how you ‘see’ them. If you were to look at this creature from the top it would look like a thin line, only as thick as the surface it exists upon and so on as you turn it.Well, in this same way a 4D being would perceive us in a similar way where our appearance changes depending upon how we our viewed and just like the 2D beings we would only be able to ‘view’ the 4D objects if they allowed it. By looking us directly in the face per say. In theory these 4th dimensional beings could be all around us and we would never know it, hell they could even be inside of us. Now isn’t that something to think about. 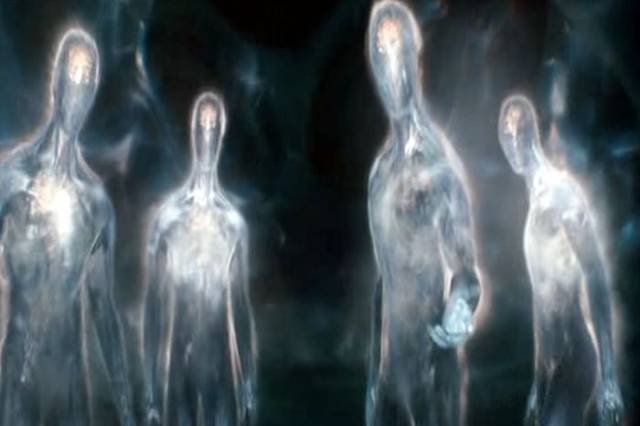 Terror Management: Everything that makes up your life has an equal part in destroying it. The terror management theory makes a connection between our will to live and the inevitability of our death. Our egos and our self-awareness act as buffers against the anxiety that comes from recognizing that someday we will die. Basically, everything you will ever do or say is motivated by the fact that some day you will die, even the deepest truest forms of ourselves, on our best days are motivated by this knowledge. However there is a way, which humanity has learned to fight back against the terror management theory and that is culture. Culture is humanities tool to fight back against our anxiety of death. We are comforted by our cultures and traditions. We are happy because we feel like we belong with our fellow man. Be it family, religion, nationality or even our political affiliations, these products of culture allow us to over come the terror of our existence and possibly for a moment forget our own death. This uniquely human experience is what has allowed humanity to flourish the way it has and so I guess even though it may sound bad, it really is not so terrifying after all. 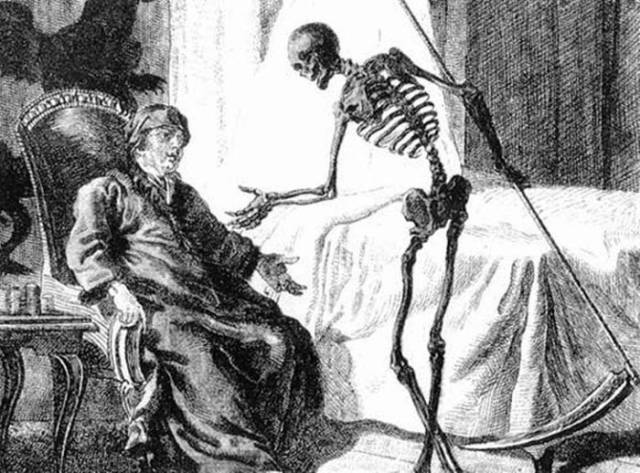 Transcension Hypothesis: The trascension hypothesis suggests that a universal process of evolution guides advanced civilizations into what is called “inner space” and ultimately towards black holes. A bizarre claim no doubt but unrealistic not quite. This theory implies that as civilizations grow in knowledge the focus of that intelligence is focused smaller and smaller into ultimately the sub-atomic level. Miniaturized civilizations could potentially situate themselves on the edge of a black hole where they would be witness to a total shift in space and time. Points can be drawn between this theory and the Fermi paradox as a solution to why we have yet to experience other advanced civilizations present within the Milky Way galaxy. Now why black holes you may be asking, and that is because, in thought, black holes are seen as a place where higher intelligence events are allowed to occur. These events are thought to range from the speeding and slowing of time, energy harvesting, universe replication and unlimited computing power. This theory has support in the fields of biology, physics and computer science. At the moment it is impossible to test for but that may change in the coming decades. 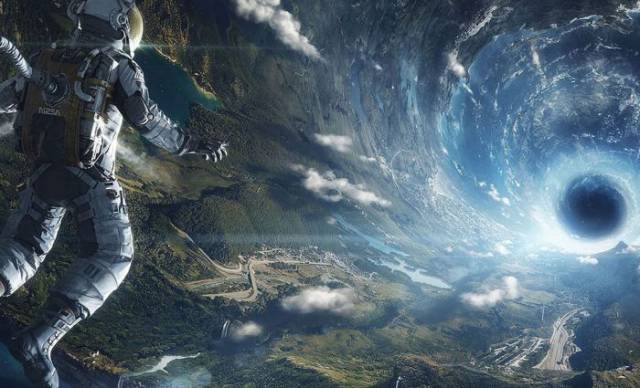 Sixth Mass Extinction: The Sixth Mass extinction also known as the Holocene extinction is the name given to the ongoing extinction of plant and animal species that has taken place since 10,000 BCE. This includes the disappearance of large land animals known as megafuana, starting 9,000 years ago at the end of the last Ice Age and ending with us, a planet of some 7 billion people today. The Holocene extinction is characterized by the massive amount of human consumption of the Earths resources. Examples commonly used are over-fishing, ocean acidification and the broader decline of biodiversity. In the 1800’s global population reached 1 billion for the first time in human history and in just 216 years since this milestone global populations have reached 7 billion. It has been suggested that this exponential growth of human activity since the mid-20th century justifies the creation of a new geological epoch called the Anthropocene extinction. The present rate of extinction is believed to be as high as 140,000 lost species per year and it has shown no sign of slowing down. There has not been such a huge loss in diverse species since man first changed the planet after it left Africa and before the last Ice Age. 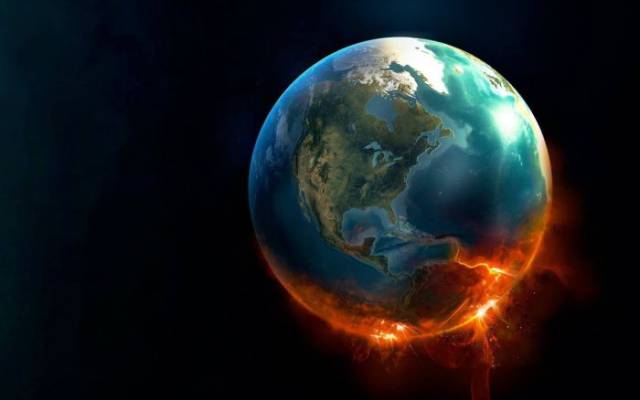