Born on March 14, 1879, Albert Einstein would have been 137 years old today. What better way to celebrate than by gaining knowledge about the genius himself? 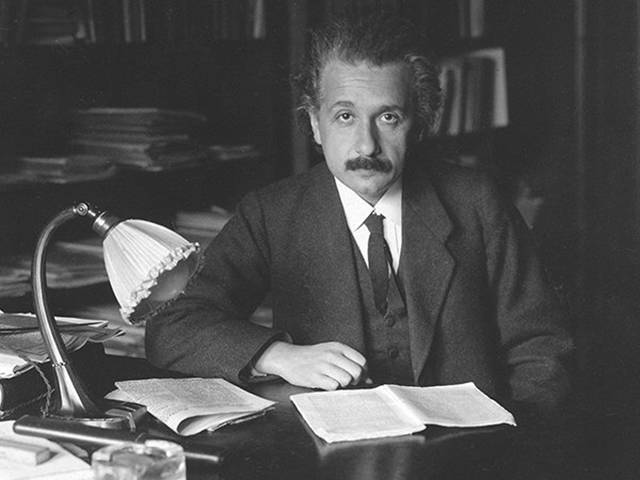 When Einstein was born, the back of his head was apparently so huge that his family worried something was wrong with him. however in the first few weeks it shaped out to be more normal-looking. 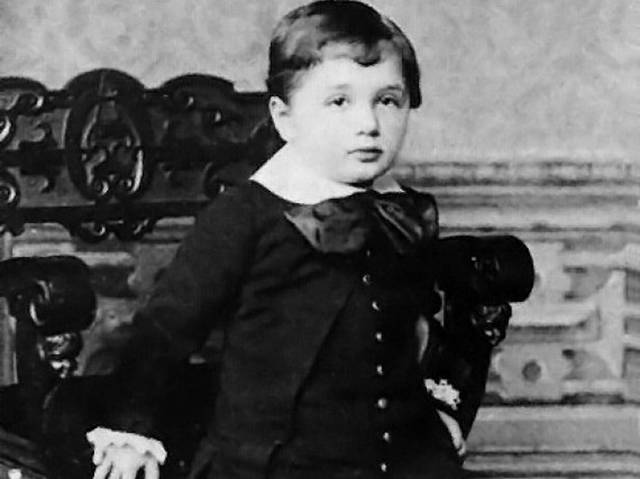 Despite what everyone thinks, Einstein never failed math. He was once shown an article describing his ‘failures,’ and he laughed and said, “I’ve never failed in mathematics. Before I was 15 I had mastered differential and integral calculus.” 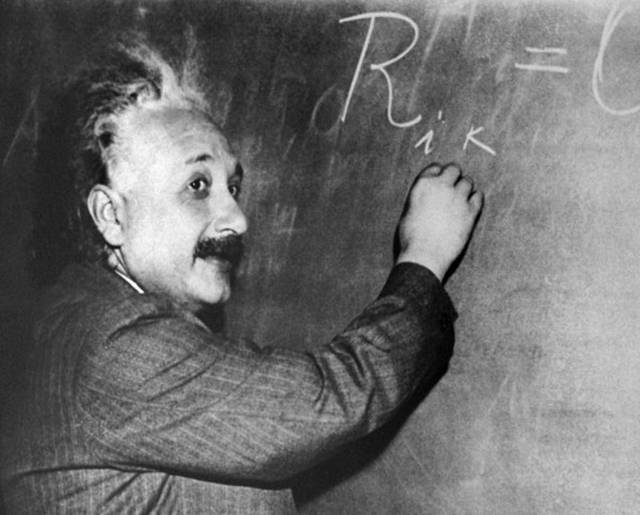 Liersel Einstein was the first child of Albert and his first wife, Mileve Maric. However, the weird thing is that there’s no official record of her except in letters between Einstein and Maric. She’s believed to have been born with mental disabilities and in the last letter written about her in 1903, Einstein writes, “As what is the child registered? We must take precautions that problems don’t arise for her later.” This suggests that they were planning on giving her up for adoption. 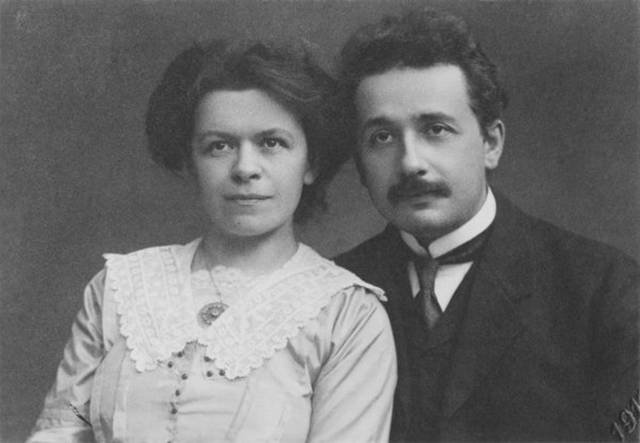 While married to Mileva, he gave her a list of rules to follow. Included on the list was that she had to make 3 meals for his a day, to stop talking when he asked her to, and to expect no intimacy from him. 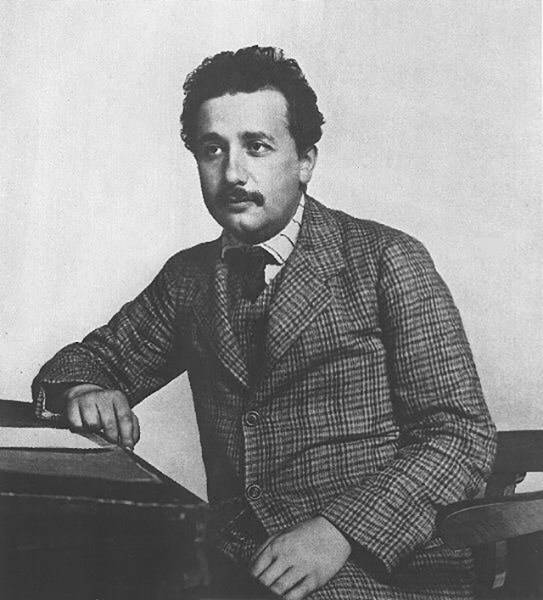 While Einstein was still married to Mileva, he began dating his first cousin, Elsa. He divorced Mileva 7 years after he began a relationship with Elsa, and the two married in 1919. 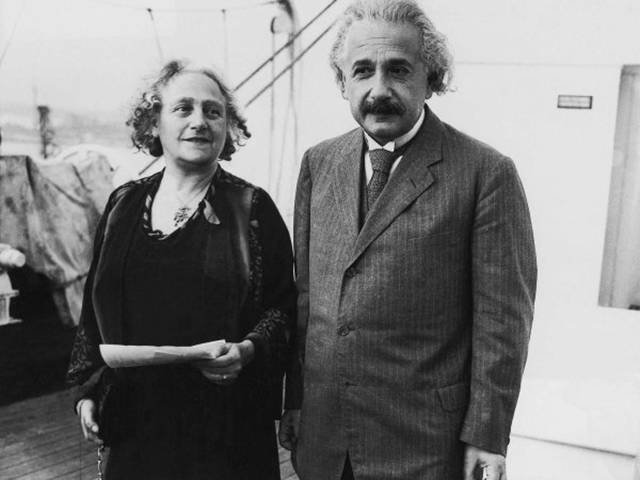 He didn’t win the Nobel prize for his most famous work on the theory of relativity, but instead for “services to Theoretical Physics, and especially for his discovery of the law of the photoelectric effect.” 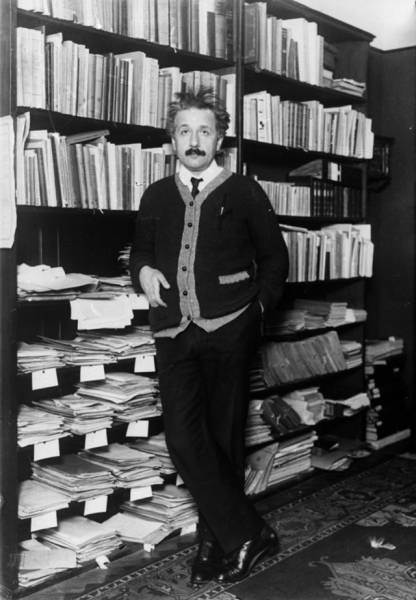 However, all of that money went to a savings account for his sons Hans and Eduard, as was decreed in his divorce settlement from his first wife. 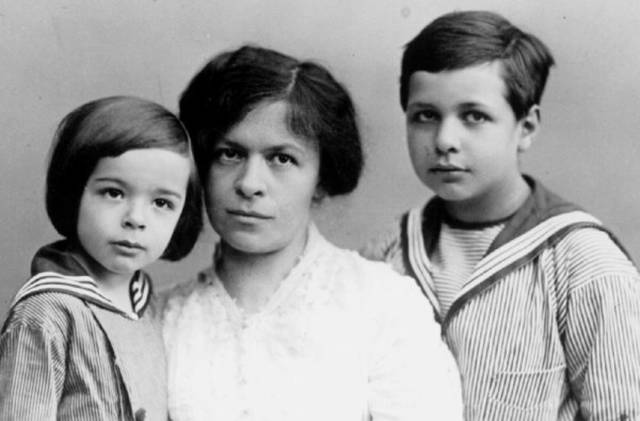 In the letters that he wrote to Elsa, Einstein regularly acknowledged extramarital affairs, saying that his girlfriends “showered him with unwanted affection.” 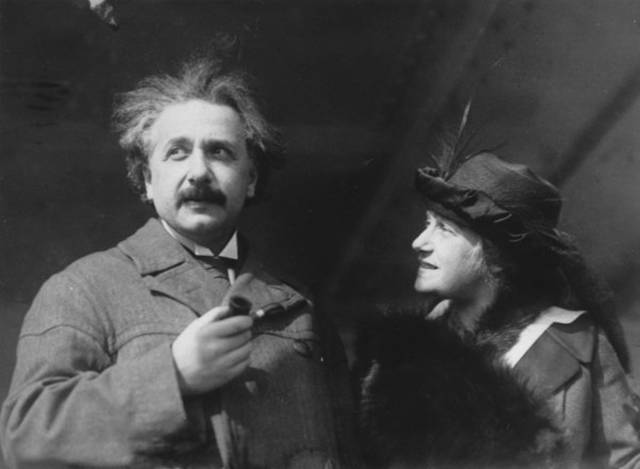 Einstein declined the presidency of Israel in 1952, saying “I am deeply moved by the offer from our State of Israel, and at once saddened and ashamed that I cannot accept it. All my life I have dealt with objective matters, hence I lack both the natural aptitude and the experience to deal properly with people and to exercise official functions.” 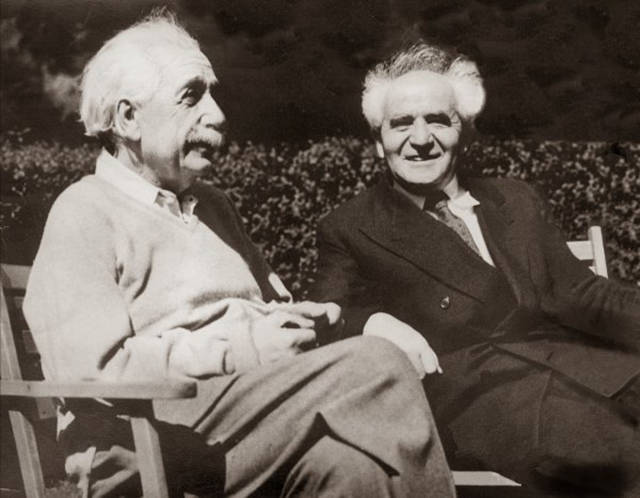 Instead of finding things out in the lab, Einstein’s greatest breakthroughs came to him from visuals in his head. They were called Gedankenexperiment,, or thought experiments. The theory of relativity stemmed from his picture in his mind of what it would be like to ride alongside a light beam. 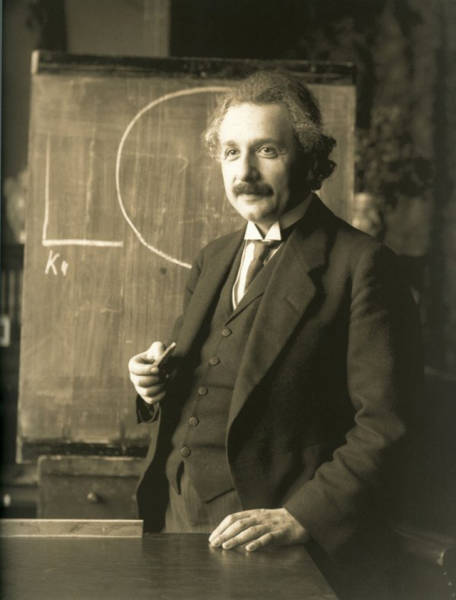 He said, “All knowledge of reality starts from experience and ends in it. Propositions arrived at by purely logical means are completely empty as regards reality. Because Galileo saw this, and particularly because he drummed it into the scientific world, he is the father of modern physics—indeed, of modern science altogether.” 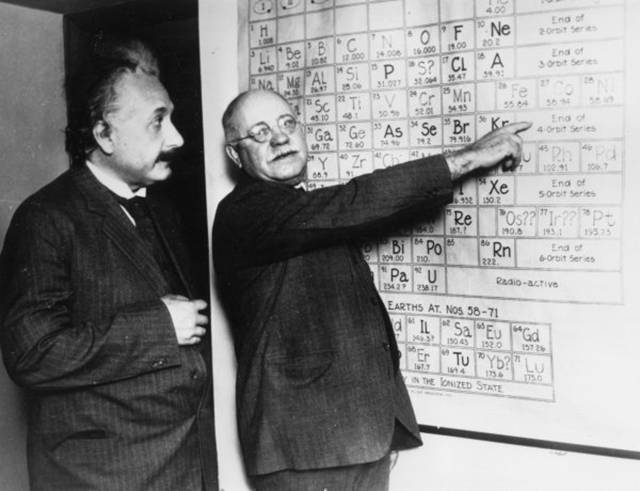 “God does not play dice with the universe” is one of Einstein’s most famous quotes, and also the most misinterpreted. Because he referred to God, people think he was religious. In reality, he was simply using God as a metaphor.

Plus, when he said “does not play with dice,” Einstein was referring to the unpredictable nature of subatomic particles in quantum physics. So, basically he meant to outline how weird quantum mechanics is as a theory. 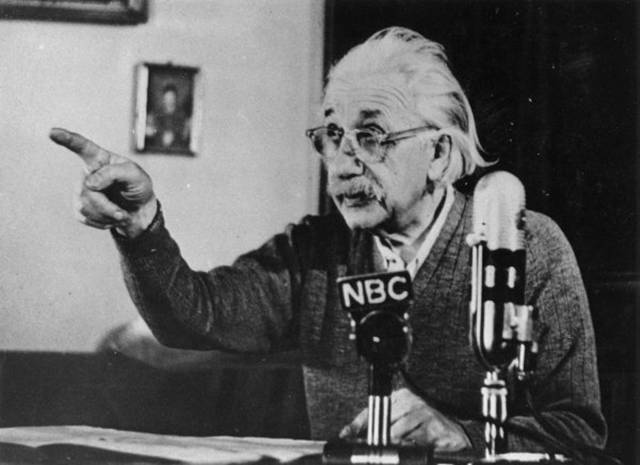 Working against racism in America, Einstein called segregation a “disease of white people” when he spoke at Lincoln University in 1946. 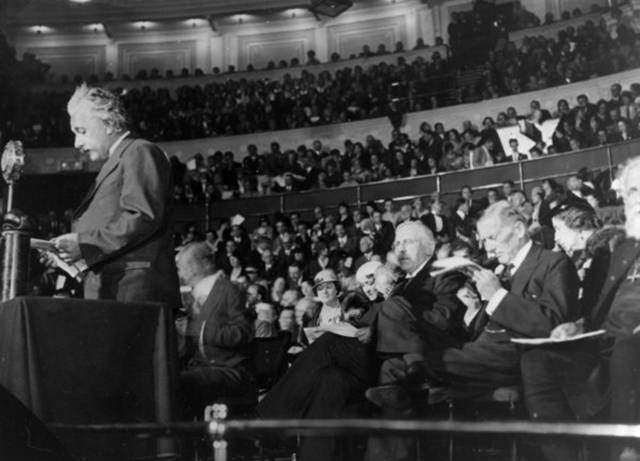 Einstein never had a car of his own, perhaps because he never learned how to drive. 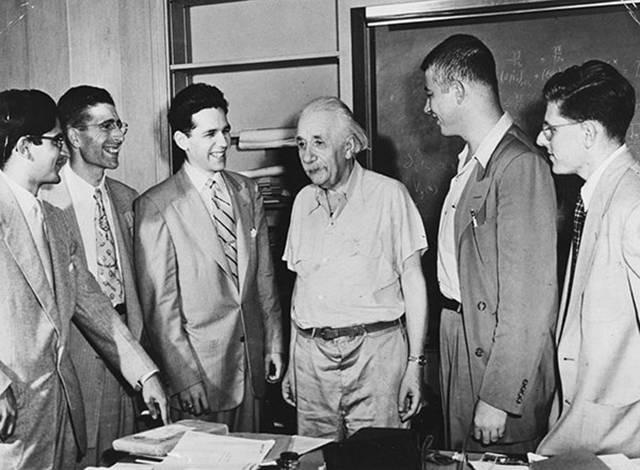 The movie makeup artist who created Yoda, Stuart Freeborn, modeled the character’s face form his own but also added wrinkles inspired by Einstein to give him the look of wisdom and intelligence. 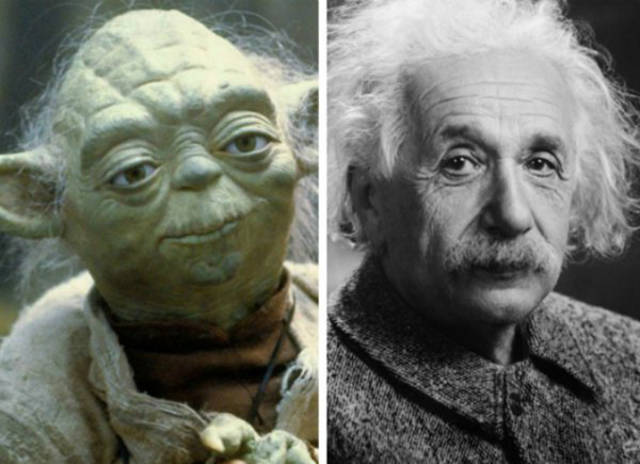 On April 17th, 1955, Einstein experiences an abdominal aortic aneurysm, which led to internal bleeding. When he was offered surgery, he said, “I want to go when I want. It is tasteless to prolong life artificially. I have done my share, it is time to go. I will do it elegantly.” 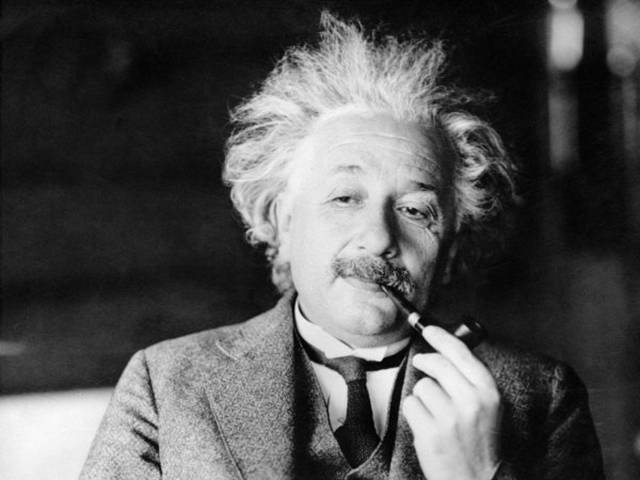 Early the next morning, Einstein had died, and his brain was actually stolen. Dr. Thomas Stolz Harvey carried out the autopsy, but no paperwork was ever found assigning him to the procedure. He removed Einstein’s brain, despite his final wishes to be cremated with his brain intact, and kept it for himself. 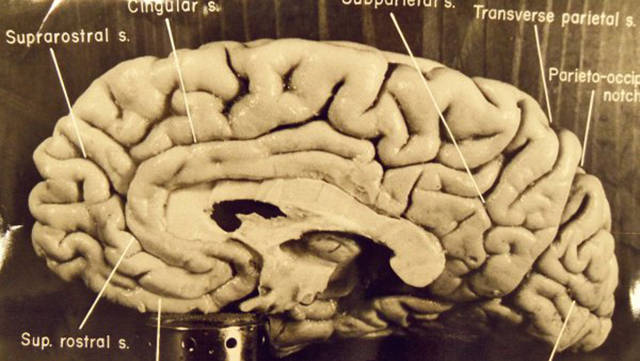 The doctor who stole his brain also happened to steal his eyes, and he gave them to Einstein’s eye doctor, Henry Abrams. They are still in a New York City safety deposit box to this day. 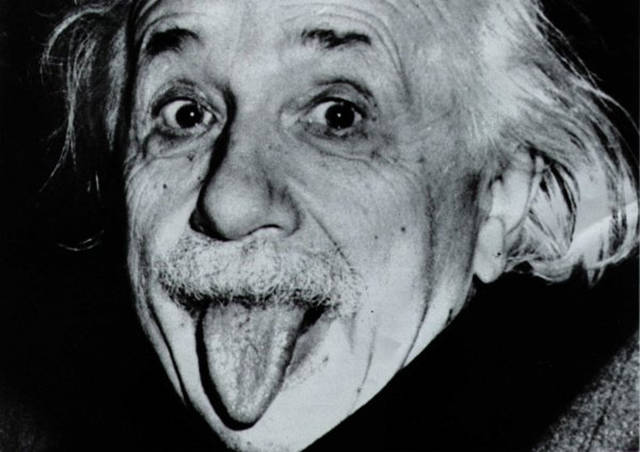 Despite his success in science, it wasn’t his main passion. Einstein never traveled without his violin and once said, “Life without playing music is inconceivable for me. I live my daydreams in music. I see my life in terms of music. I get most joy in life out of music.” 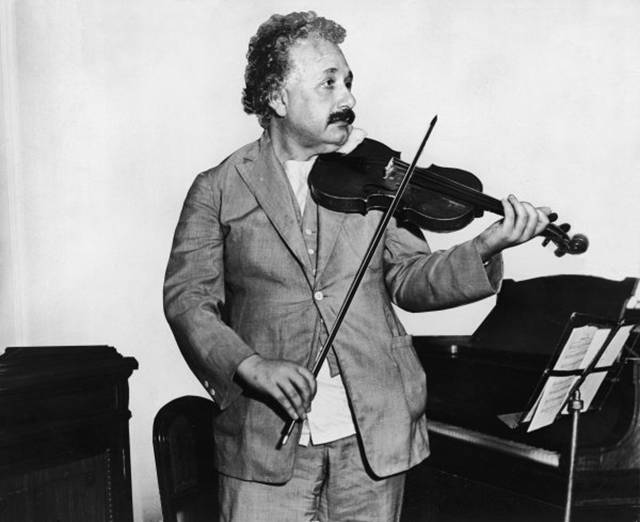