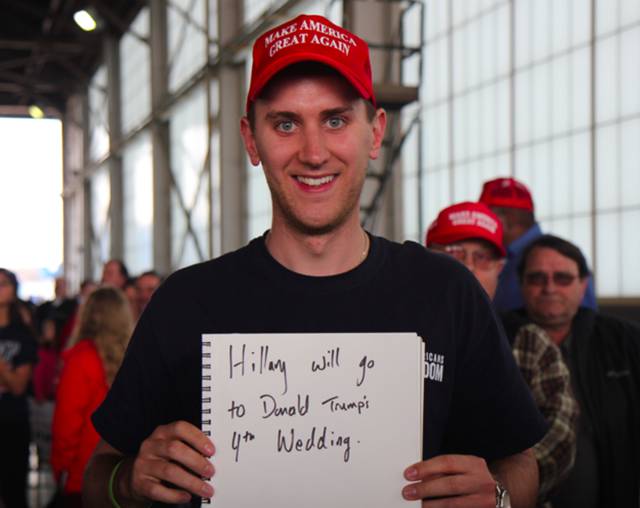 “I DON’T WANT A PRISONER IN OFFICE!! —Hilary” 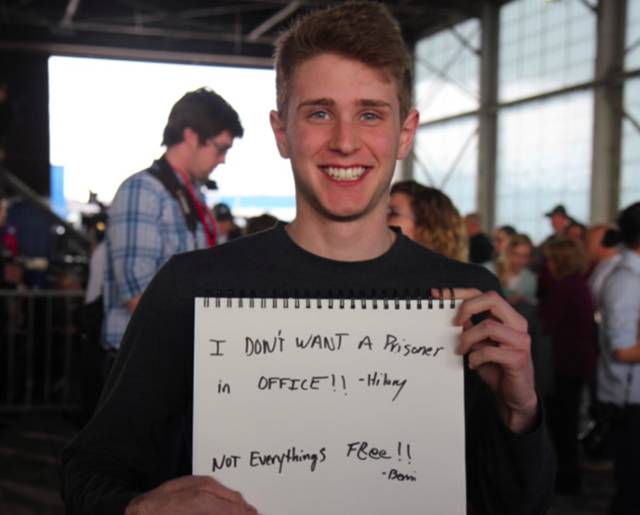 “Our freedom to speak our minds will suffer.” 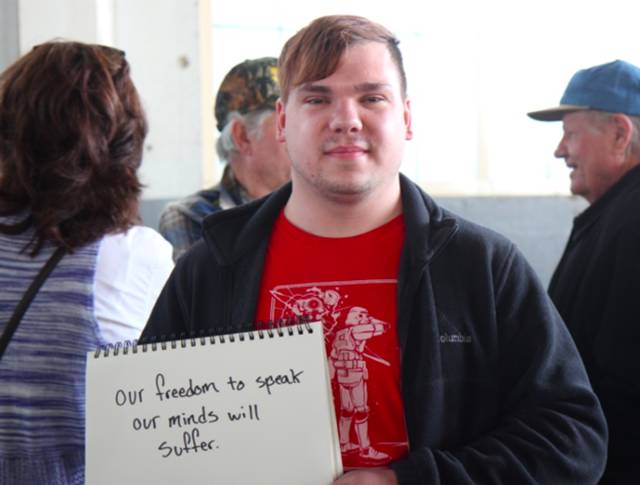 “If Bernie gets it, the people he wants to tax 95% to pay for things may move away.” 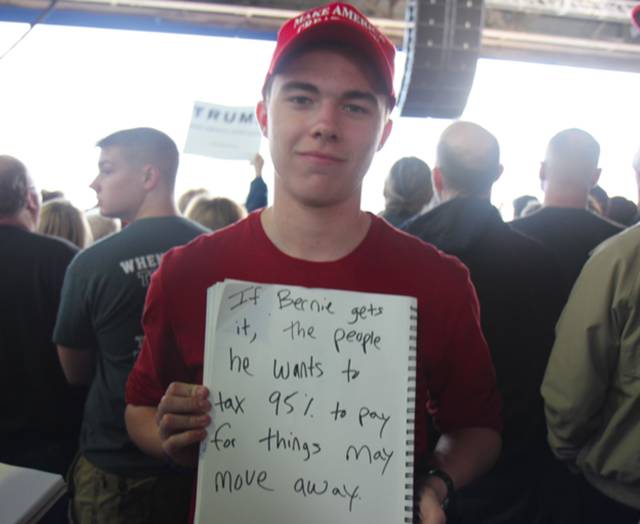 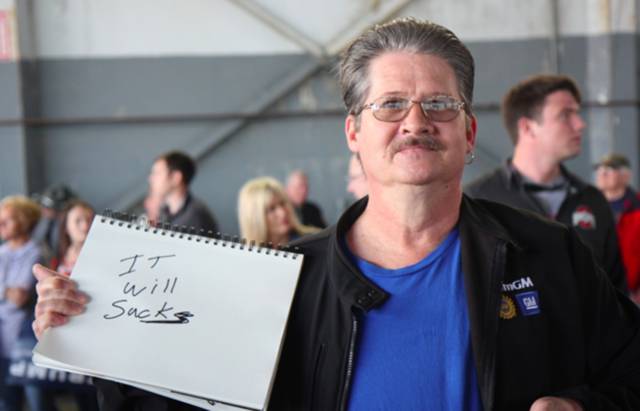 “If Burnie Sanders wins the U.S. will be bankrupt!” 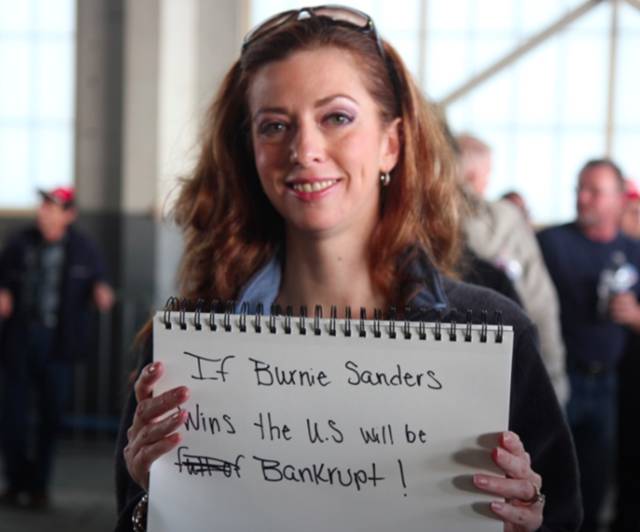 “Education will get worse #trump” 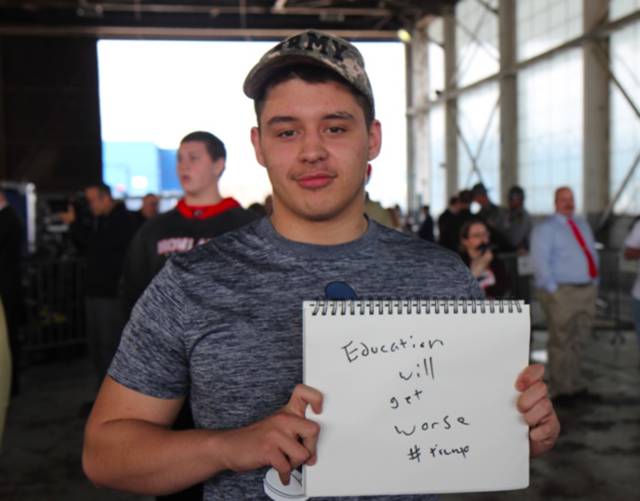 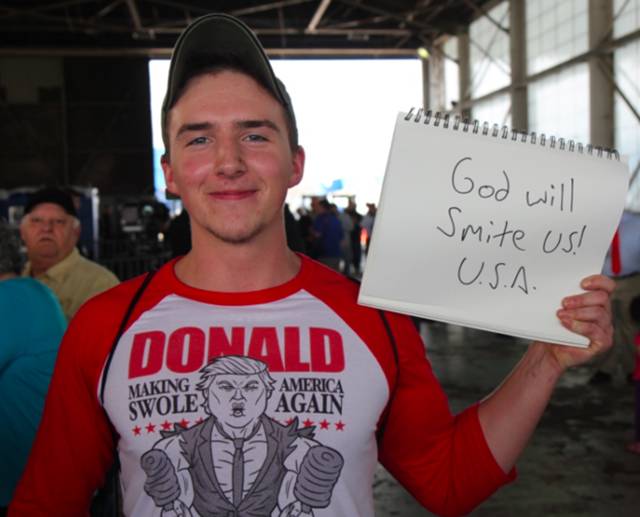 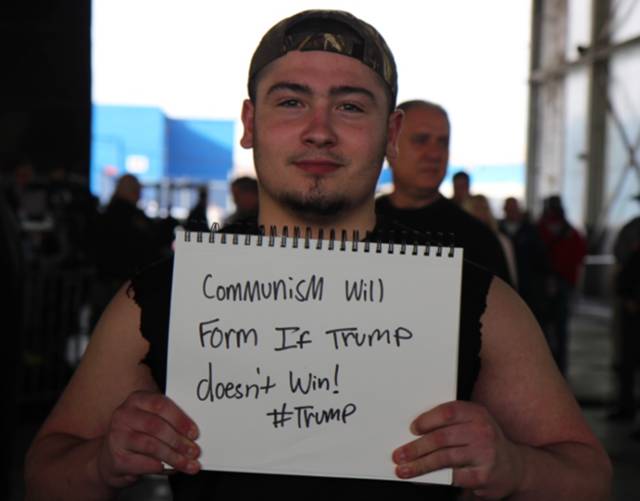 “Are country: will fail as one. Our country is divided and will remain that way” 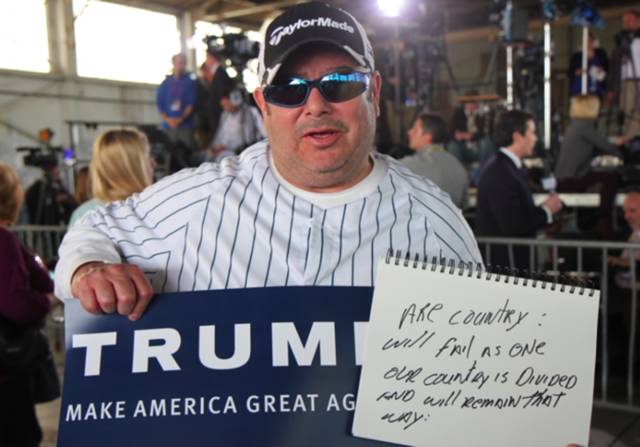 “All hell will break loose if the people put Clinton or Sanders in office!” 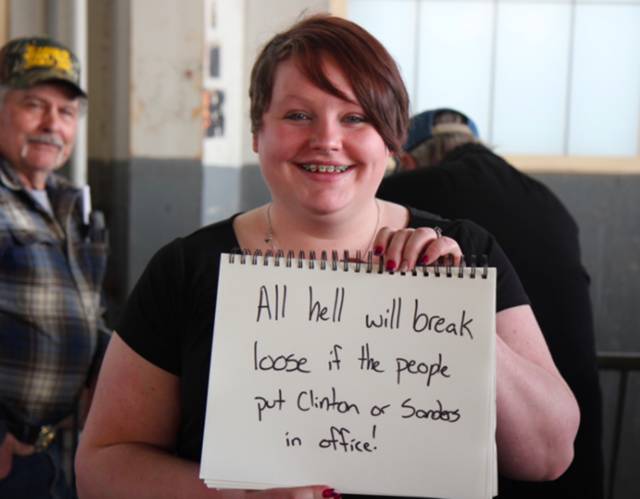 “If Trump is not our next president, we had better prepare ourselves for a failed economy, more jobloss, more terror attacks, and illegal immigration out of control even more. Trump 2016” 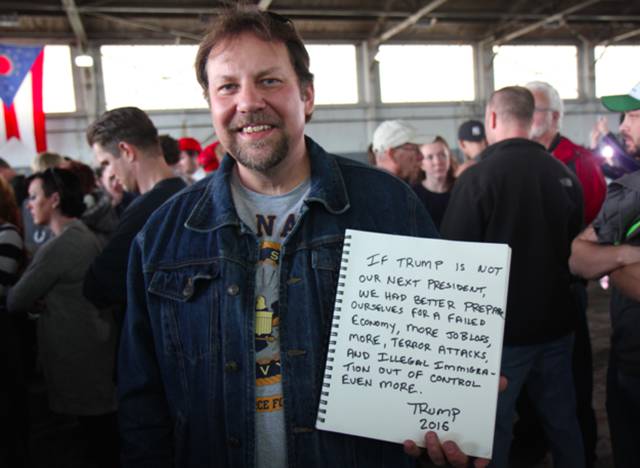 “No tariffs on imports!!” 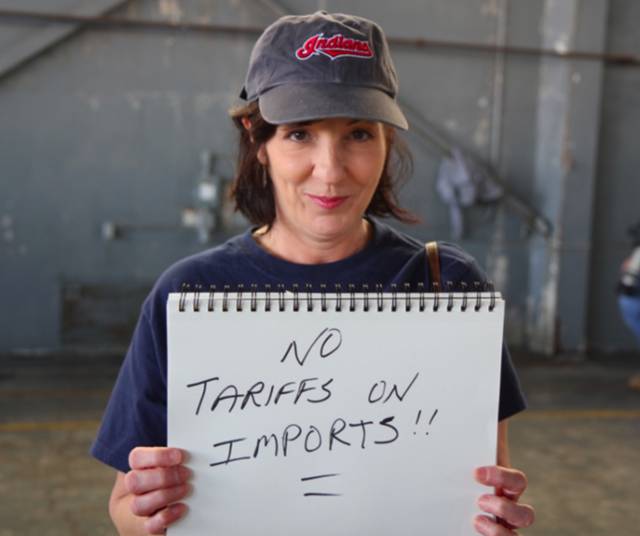 “I don’t think any other candidates can get anything done. They are just do nothing politicians.” 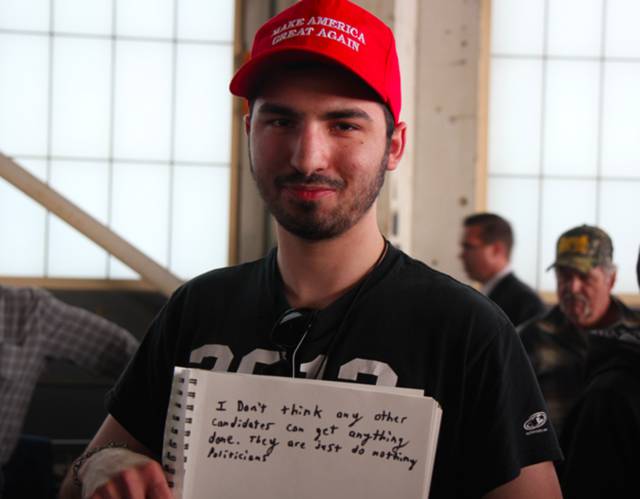 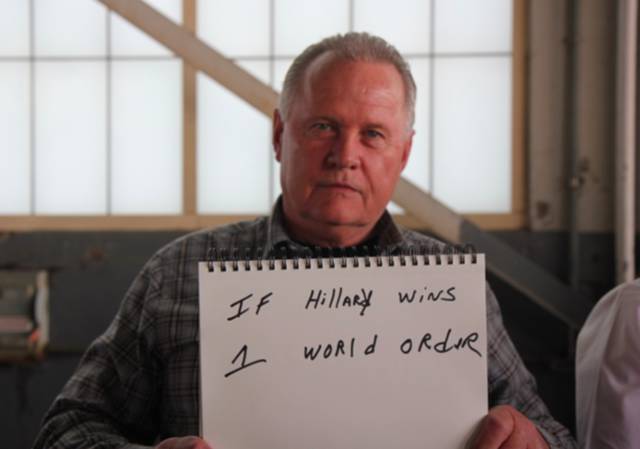 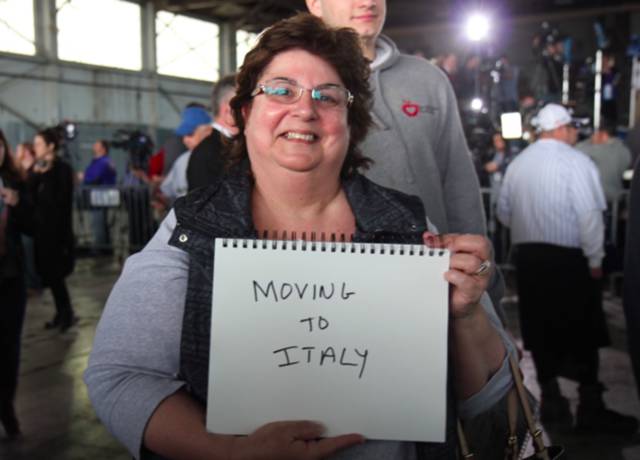 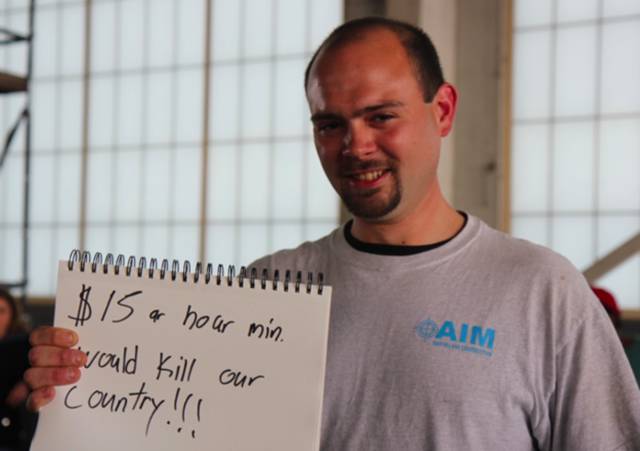 Bernie - Socialism doesn’t work. He can’t give us what he says b/c Republican Congress. Min Wage - $15 -No good.” 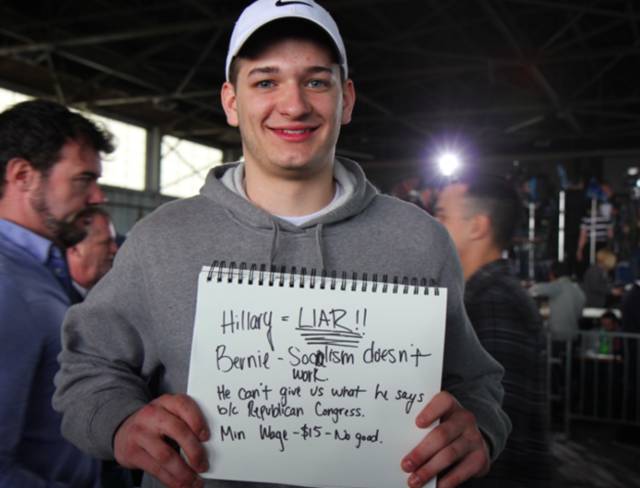 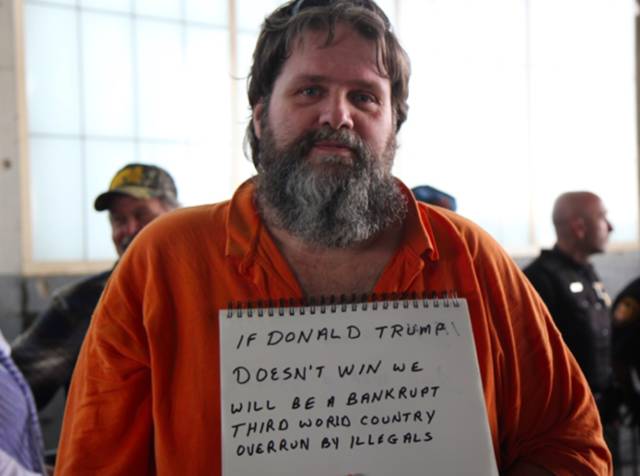 “we did not have this problem when slavery was in” 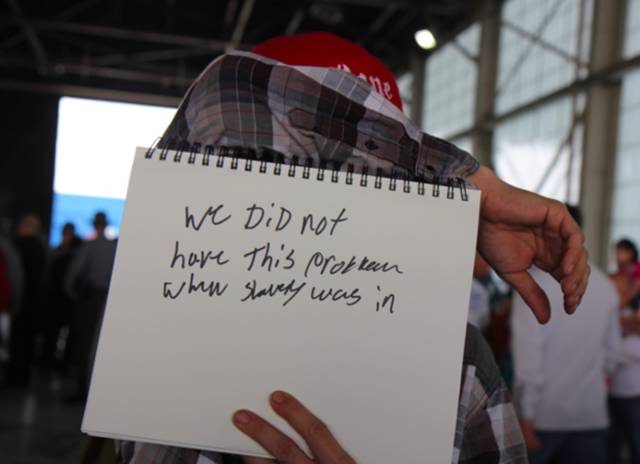 “America will be full of Hillary clones :(“ 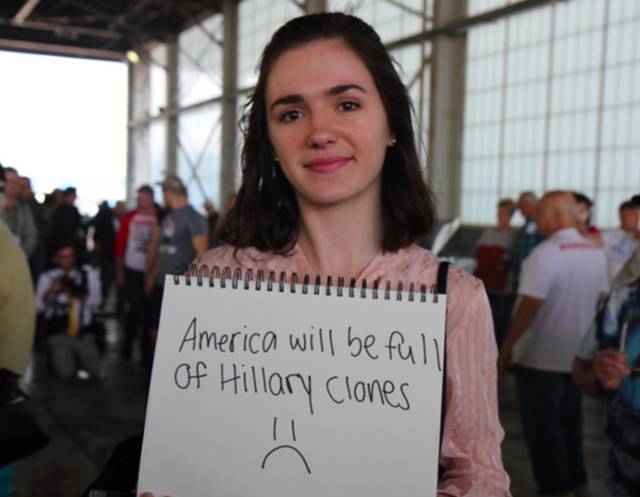 “If Trump doesn’t win nomination, I would vote for Bernie. Anti-establishment my main concern. However, if Bernie wins I am very concerned about government run health care. Want to have good coverage and testing needed for health reasons, not money concerns.” 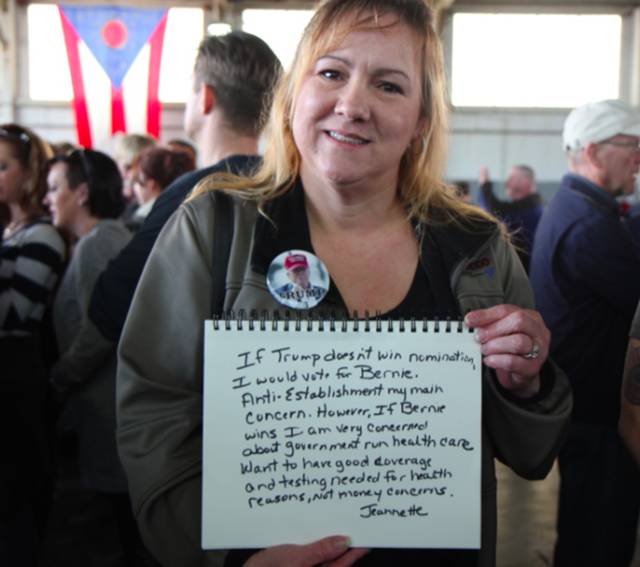 “I would cry myself to sleep everyday + get gay married” 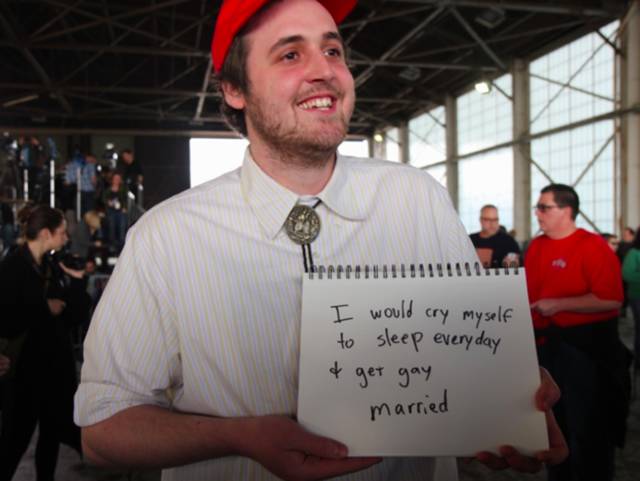 “If Bernie won then taxes will be raised when collage becomes free which may put our country in debt…..” 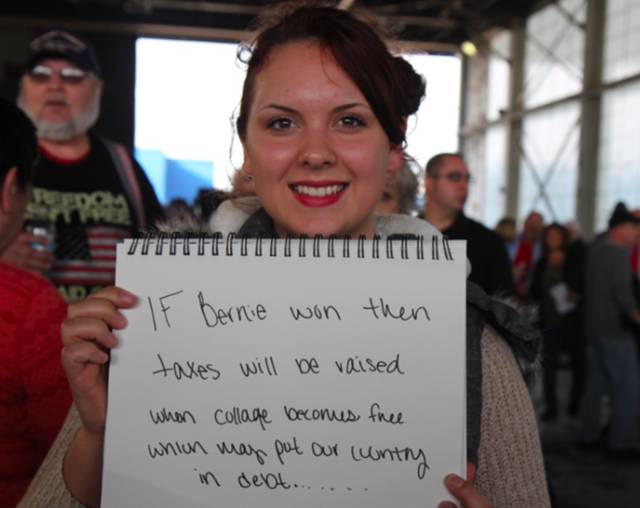 “Immigration will get worse!” 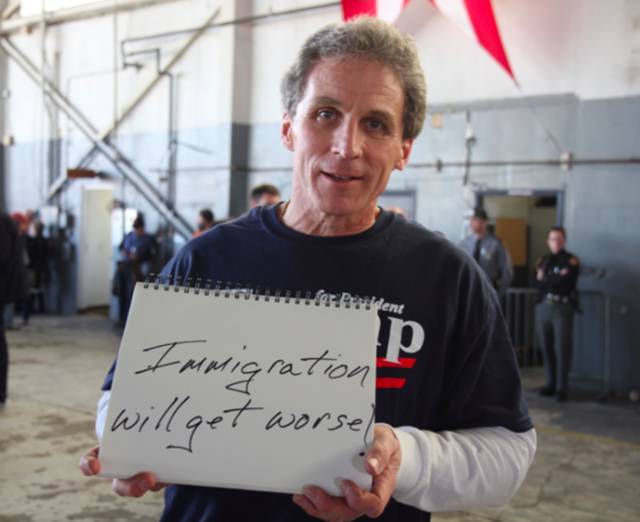 Bongfuhrer 4 year s ago
I really hope Trump win, because these nutcases deserve him.
Too bad for the Americans that actually got a brain between their ears though..
Reply
1

MrBungle 4 year s ago
What a nightmare it would be.
Reply
-1

ZombieDarwin 4 year s ago
So, uh, what do you do when you meet these people who actually have a brain between their ears?

No, forget that, what I really want to know is, what do you do when you meet the people who have a brain between two other organs?
Reply
0

klunkr 4 year s ago
Your a narrow minded asshole and because you group everyone in a country to be exactly a like all I can say is your whole country is full of narrow minded assholes (as you would say). You have family who moved to America and you will probably come here too, if you are not already. We have bailed your country out many many times and you are embarrassed so you hate on America instead of saying thank you. You are not better than anyone and you need to relax on thinking you are.
Reply
0

birdman 4 year s ago
Trump has a secret pact with Hillary, because if he wins the republican nomination, she will be president!
Fortunately the idiots featured here are are just like trump, incapable of intelligent thought. I can't think of one thing that "The Drumpf" has said, that is even remotely possible. The only thing he is capable of is pissing off the rest of the planet with his retarded rhetoric.
Reply
X
>
1/1
<