Hurling, sometimes called the “fastest game on grass” is Irelands most popular, and entirely amateur sport. 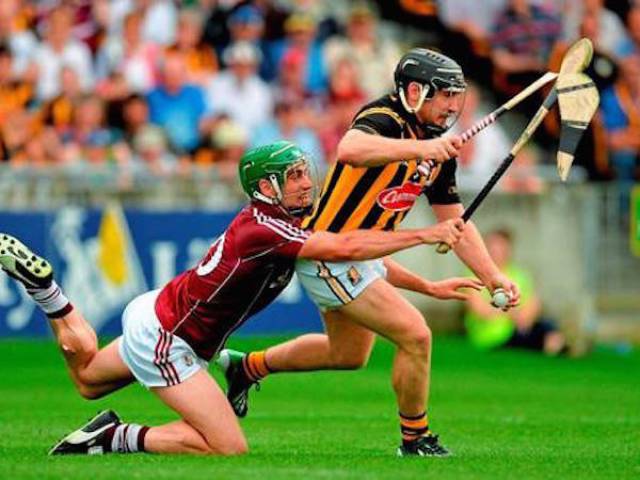 Player world clubs and run around wildly swinging at balls the size of a baseball into a rugby goal.

There is no free agency, no million dollar contracts. Players play for pride and home town honor.

Helmets were only implemented in 2009, which may tell you what kind of attitude they bring to the games.

The club is called a Hurley (nailed it) and the ball is a Silotar (pronounced Slith-er since it is gaelic).

It is about the size and density of a regulation baseball.

The rules of ball handling are much like basketball.

You can hold the ball but only for three steps. You can dribble the silotar or pass or shoot after those three steps.

If the ball goes into the net it is a goal and is worth three points.

If it goes through the uprights it is one point.

Scorekeeping requires just a touch of math as even though the point totals determine the winner, they track goals and points separately. So a team may be winning 3-15 to 0-19.

“Professionals” can hit some wickedly accurate shots, and though it is not an incorporated league crowds are not uncommonly above 80,000 spectators.

With the speed, the bats, and the 15 on 15 action it can be a pretty gnarly sport to watch.