Universal Orlando is the second-largest resort in Greater Orlando after Walt Disney World and apparently there are many hidden secrets and tricks there.

If you’re like me and prefer the more fast-paced grown-up Universal Studios over Disney World for your Orlando trip, you know it’s a great time. Just like it’s neighboring park, Universal has a lot of secrets hidden inside their walls. Here are a few of them. 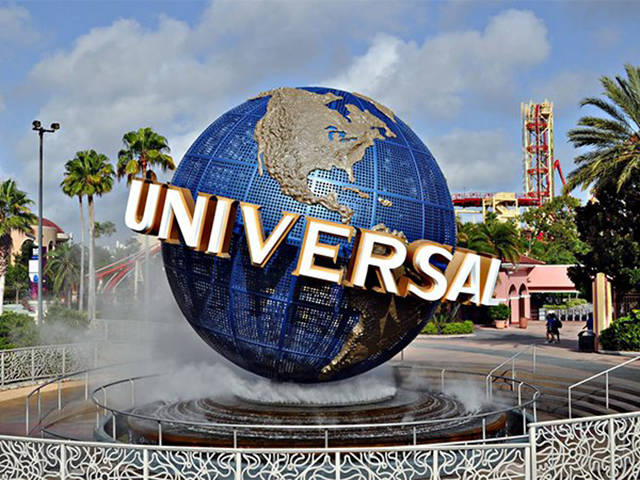 The Hollywood Rip, Ride and Rockit roller coaster lets you choose from a few songs while you cruise down the coaster. However, there’s a secret way to unlock over 60 songs to choose from, so you can ride as many times as you want and never hear a repeat. All you do is hold down the ride’s logo for 10 seconds after you buckle in, then enter the 3-digit code specific to the song you want. Here’s a list of those codes. 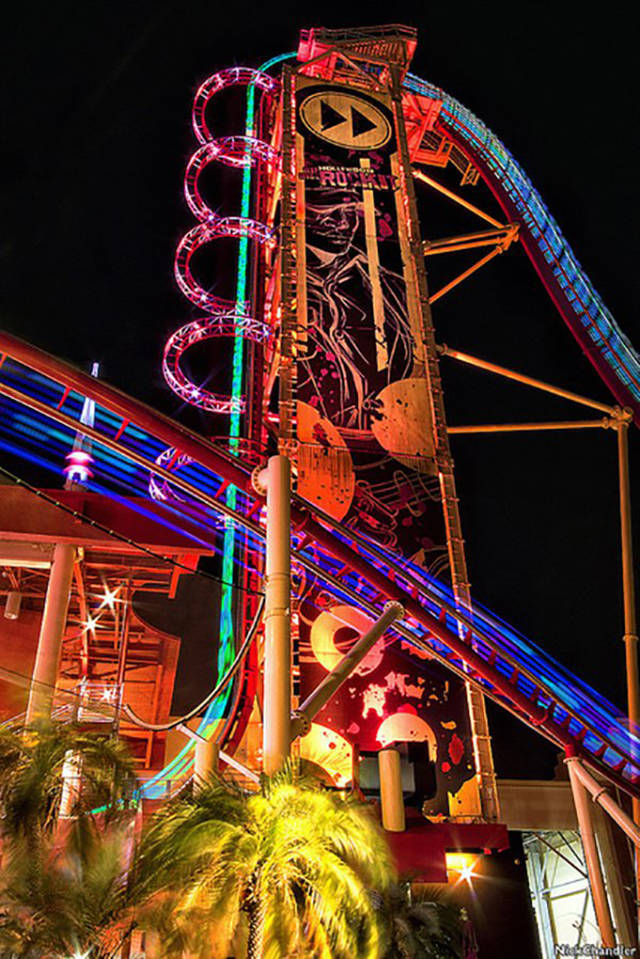 Diagon Alley inside The Wizarding World of Harry Potter has been making Potterheads’ dreams come true since 2010, but did you know there are a bunch of “Jaws” references here? That’s because Diagon Alley replaced the “Jaws” section of the park. There’s a record titled “Here’s to Swimmin’ with Bow Legged Women” in the record shop window,telescopes inside Wiseacre’s Gift Shop being made of “Jaws” boats and a set of jaws from a shark inside the window of an apothecary shop. 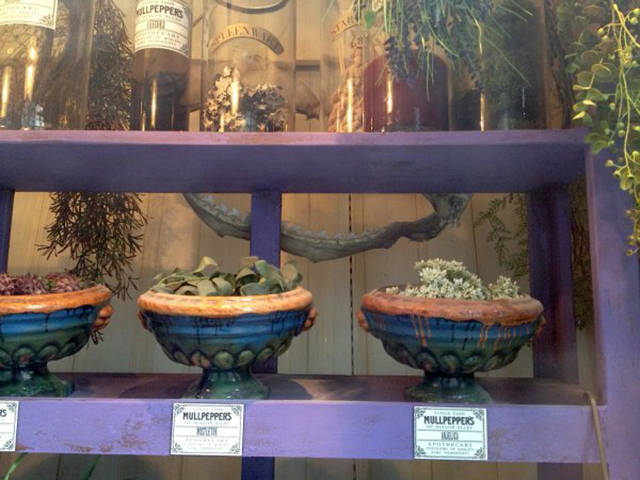 If you dial 62442 (MAGIC) in the phone in Diagon Alley, it will connect you directly to the Ministry of Magic. 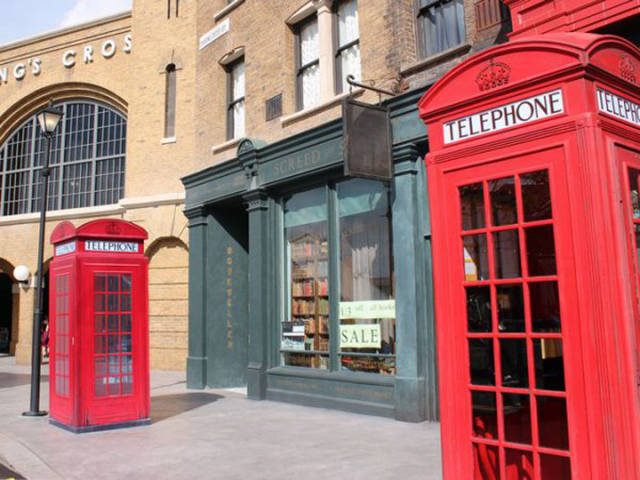 After you ride the Jurassic Park River Adventure, you can go to the Jurassic Park Discovery Center. On the ground floor you can see what appears to be the backstage view of Jurassic Park, and there are some eggs in a cage. If you’re there when a baby dino breaks out of its shell, you might be lucky enough to name the newborn and get an official birth certificate. 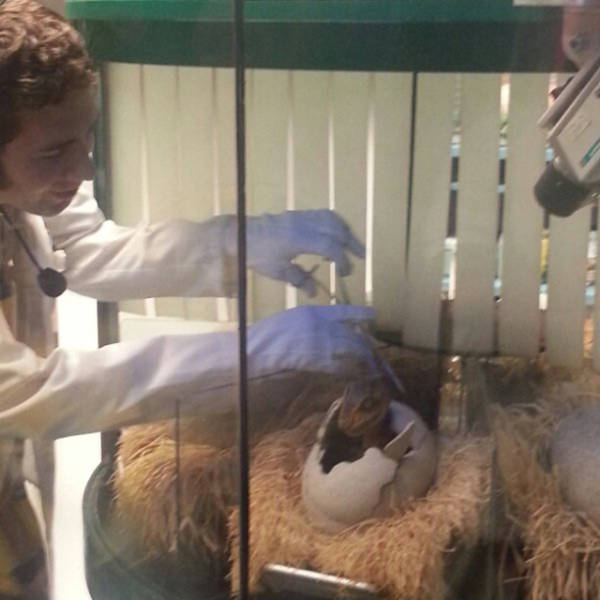 Also, notice next to the eggs that there’s a can of shaving cream. This is a nod to when Dennis tries to smuggle dino DNA out of the facility. 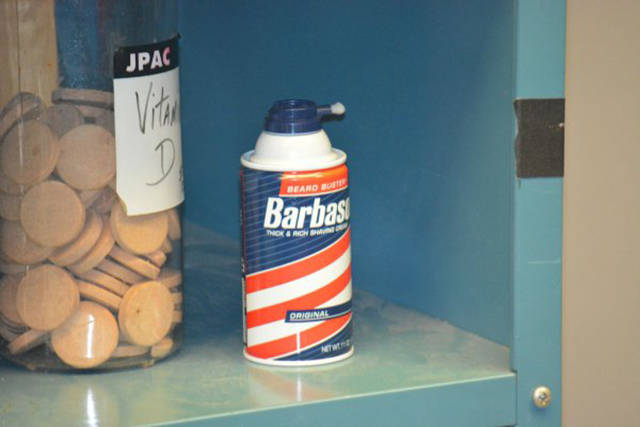 You can buy an interactive wand at Ollivander’s, and you can actually cast spells around Diagon Alley. If you yell “Metelojinx!” and move your wand the right way, water will pour down from the umbrella shown here. 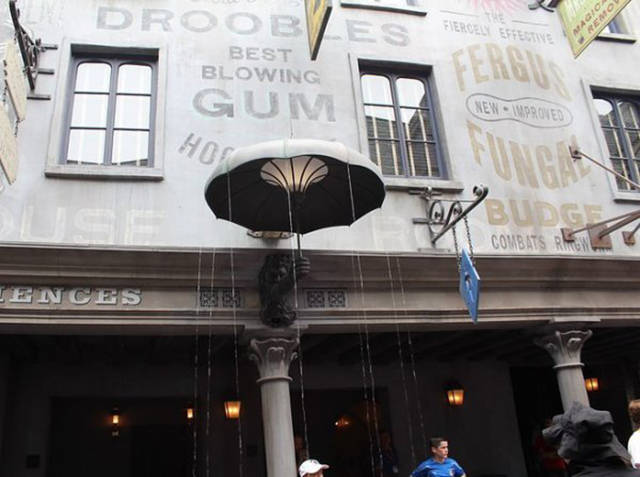 Superhero Island is covered with awesome artwork of different characters. Artist Adam Kubert painted them all, but he wasn’t allowed to sign his name. So instead he hid “Adam” in a bunch of different places in the art. For example, Hulk’s hand. 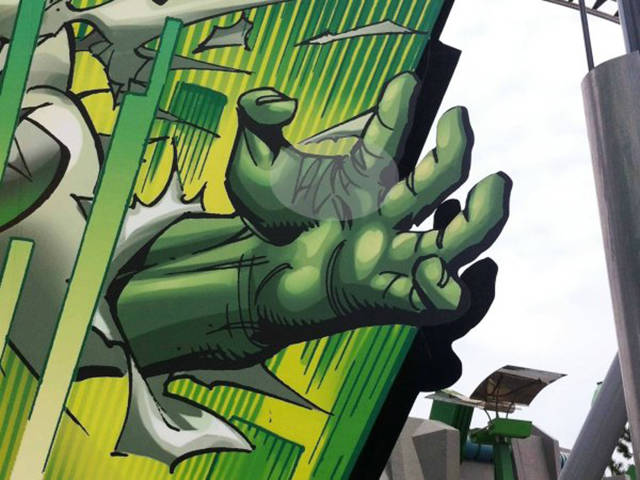 While visiting Gringotts, you can ask the goblin in Money Exchange any question and he will respond. However, he responds to other questions better, so ask him about the dragon in Gringotts next time you visit. 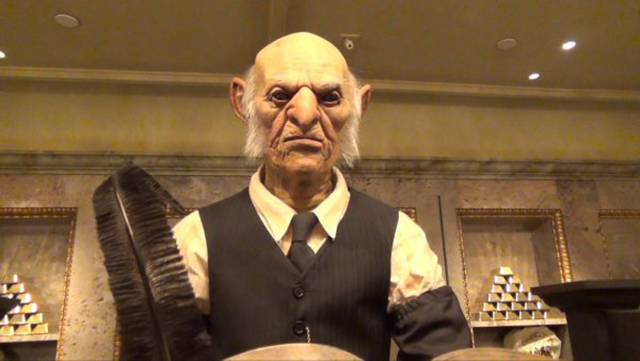 There’s a second entrance into Universal Studios that hardly ever has a line that lets you in near some of the best rides. Take the path to the Blue Man Group venue, and once you’re outside of the building you’ll see a single entry spot where you can get your ticket scanned. 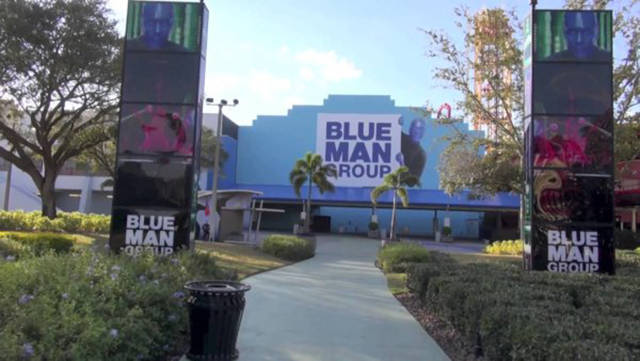 While blasting aliens on the Men in Black: Alien Attack ride, you can spot Steven Spielberg wearing a Jurassic Park hat and reading a newspaper. But beware, he’s not who he appears to be. So get your gun ready. 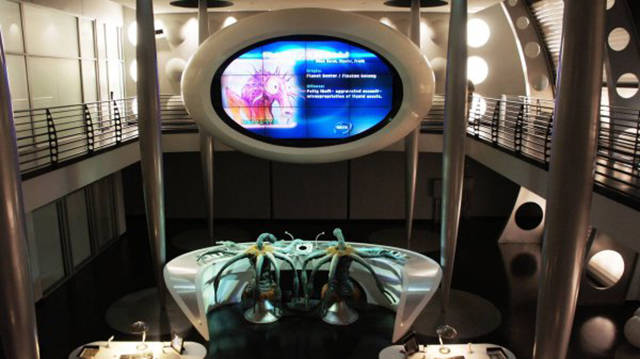 If it’s a slow enough day on the MIB ride, you can actually get a tour of the ground floor of the immigration room if you ask a team member at the line. 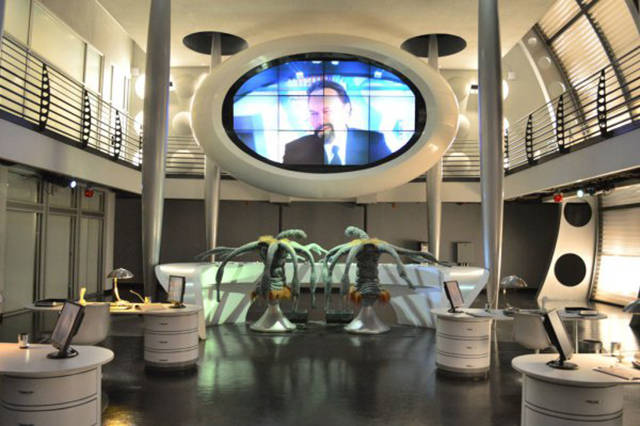 When you’re on the “Revenge of the Mummy” ride, you’ll see a king among pharaohs. If you look to the front left of the room, you’ll spot a little golden statue of King Kong beating his chest. 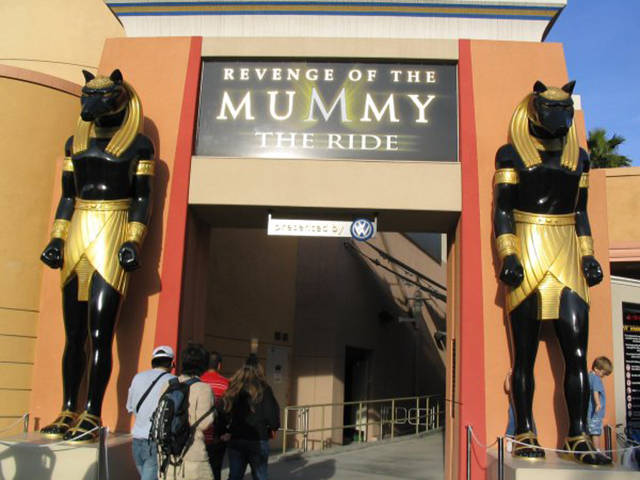 We all know about Harry Potter’s favorite drinks, Pumpkin Juice and Butterbeer, but at the Wizarding World of Harry Potter park, there’s a secret menu item at The Three Broomsticks and Hog’s Head Pub. You can get Pumpkin Fizz, and it’s a magical carbonated delight. 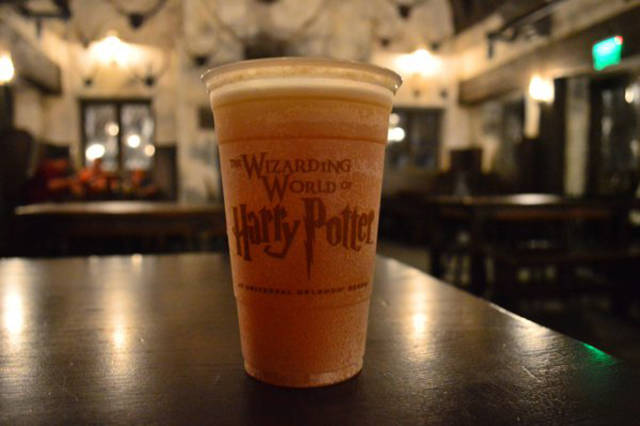 Even BETTER than the pumpkin drink is the booze of the wizarding world, Fire Whisky. In the Deathly Hallows, it’s said to give anyone who drinks it an overwhelming sense of courage to go along with its “burning sensation.” You can order it at the Leaky Cauldron and Hog’s Head Pub. 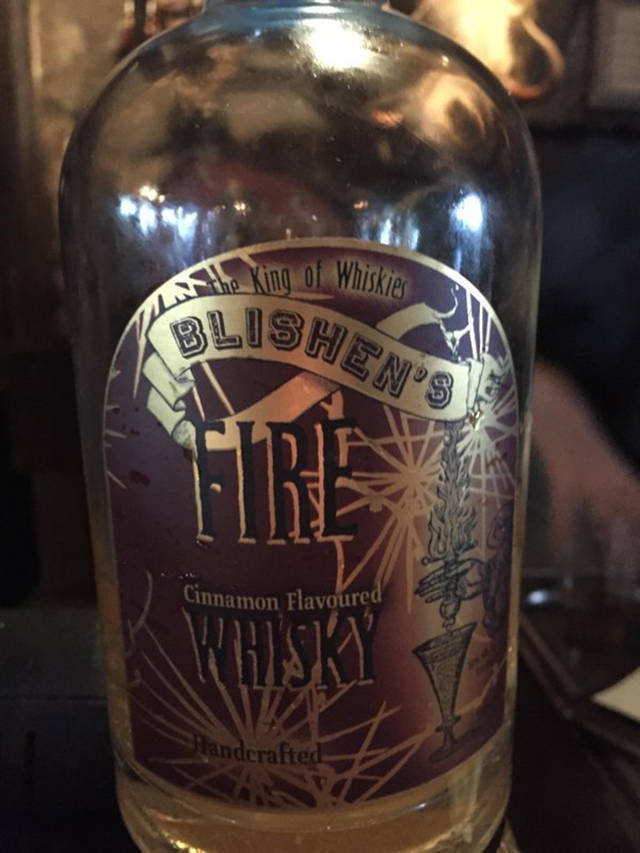 Every “Simpsons” fan knows that the different types of Duff Beer are all actually the same beer, just repackaged. At Universal Studios, the beers are actually different. Duff Beer is an American amber lager, Duff Lite is a traditional pilsner and Duff Dry is a dark ale. 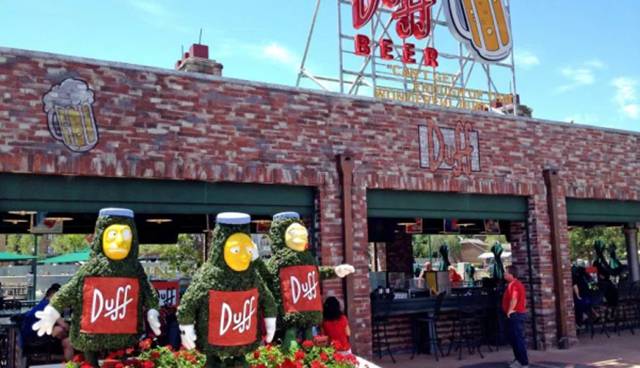 Ever wanted to be part of a test screening for potential TV shows? Recruiters actually scout guests in the park, and if they like your answers to their questions you’ll be able to go to the Preview Center. Here guests watch shows and then give their opinions which effect whether that show makes it onto television. You get paid if you participate. 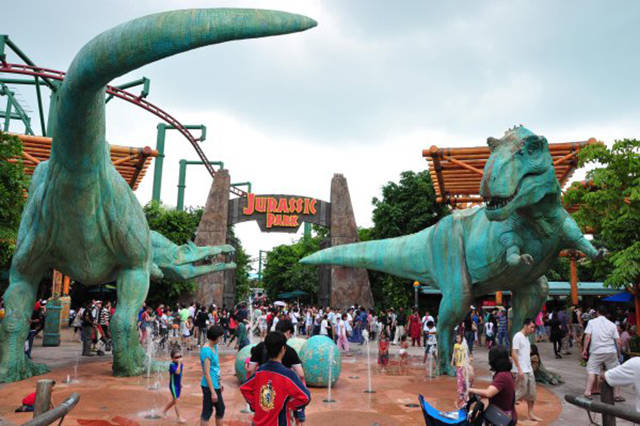