With the Stanley Cup playoffs having started, let’s take a look at all the places Lord Stanley’s Mug has been. It’s been on the sets of a lot of TV shows. This is with the drop-dead gorgeous Hayden Panettiere. 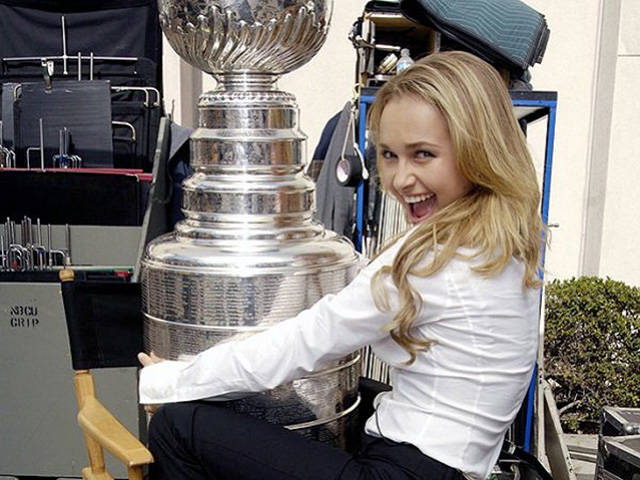 The cup has also been on a helicopter, while being used as a ring bearer for Andre Roy as he proposed to his future wife. Who was flying the helicopter? Hockey legend Guy Lafleur. 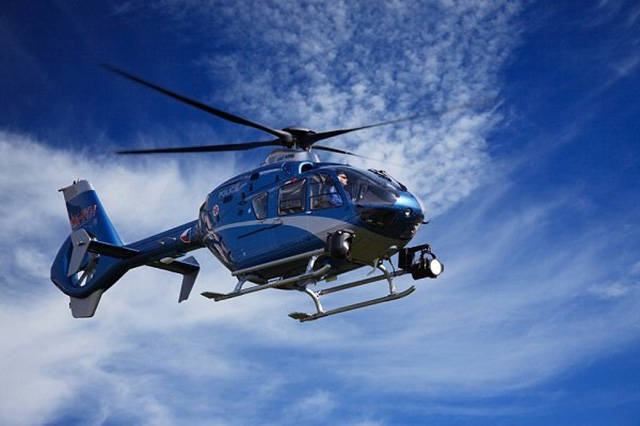 On December 5th, 1970, the original collar of the Stanley Cup was stolen from the Hockey Hall of Fame. It remained missing for 7 years until it was recovered from the back of a Toronto cleaning store. One of the thieves threatened to toss it into Lake Ontario if the charges weren’t dropped. 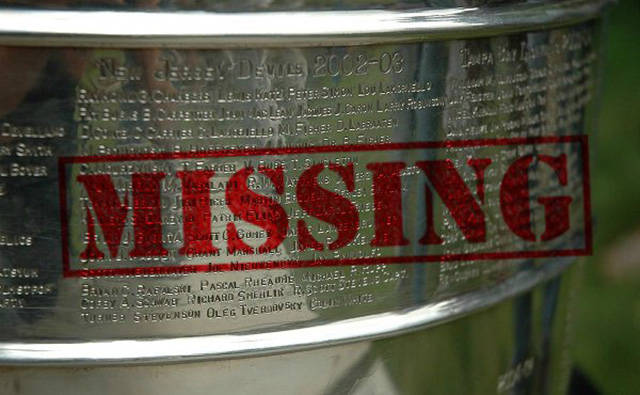 The cup has also been used for a baptism. Sylvain Lefebvre used it for his daughter’s baptism. Tomas Holmstrom did this as well. 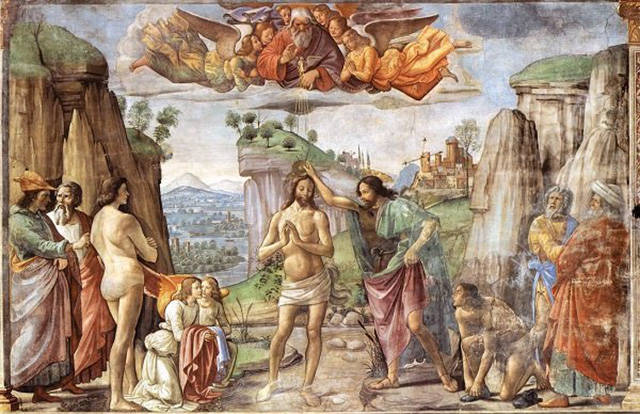 The cup has been left behind in a photographer’s garden. The Montreal Wanderers had gathered at a photographer’s house to pose with Lord Stanley’s Mug, and then proceeded to leave the cup in the garden, for several weeks. When they came back for it, they found that the photographer’s mother was using it to plant geraniums. 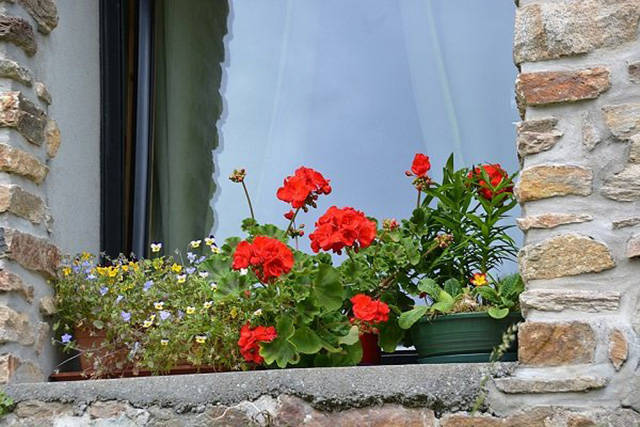 It’s made a visit to a thousand-year-old castle. Anze Kopitar took it to Slovelia’s Bled Castle during his day with the cup. 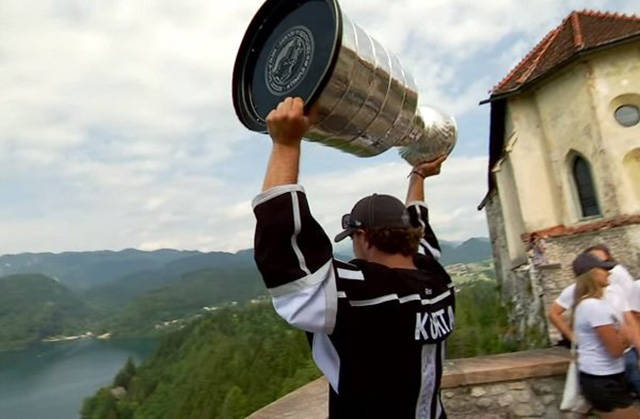 The Peelers. Mark Messier famously brought the cup to several strip clubs over his celebrated career, even letting a stripper use it as part of her act. 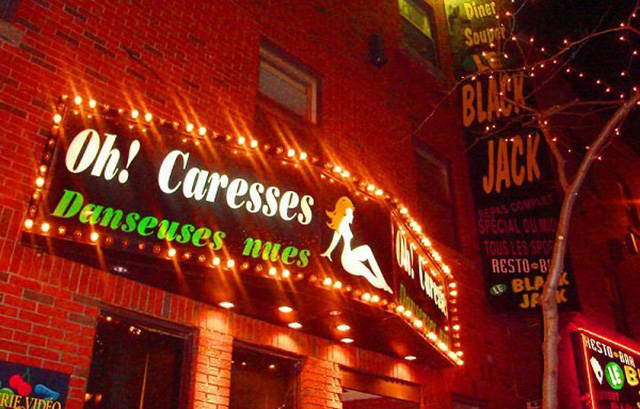 It’s been to Matthew Perry’s crib. Chandler Bing himself had the cup hang out at his place in LA for a few hours. 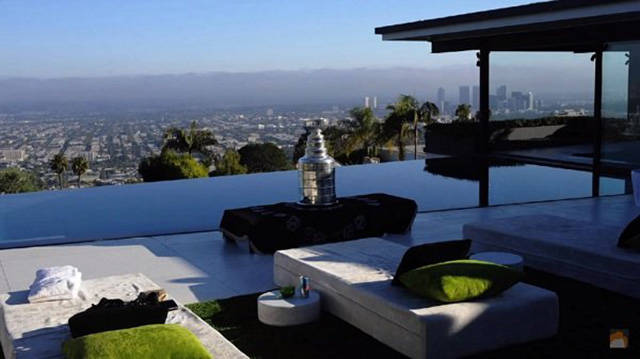 It’s been forgotten on the side of a road. The 1924 Montreal Canadiens had accidentally left it in a big snowbank after forgetting to put it back in the trunk when they had to replace a flat tire on their way to the celebration. 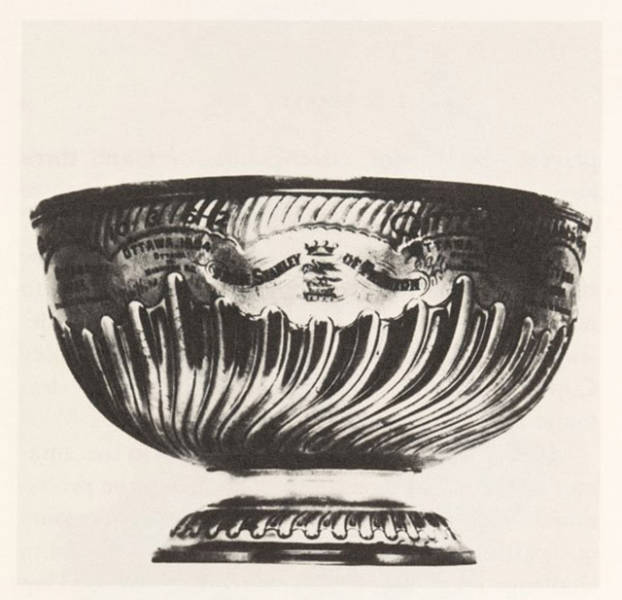 It’s been to Moscow’s Red Square. Igor Larionov, Slava Kozlov and Slava Fetisov tried to bring the cup into the tomb of former Soviet leader Vladimir Lenin. After their attempt had failed, they brought it to the Red Square. 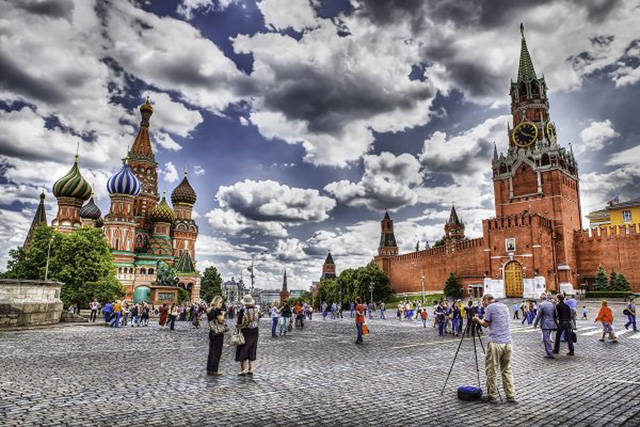 It hasn’t been to space, but it’s been on board the Space Shuttle Atlantis, which has made 33 trips to space. 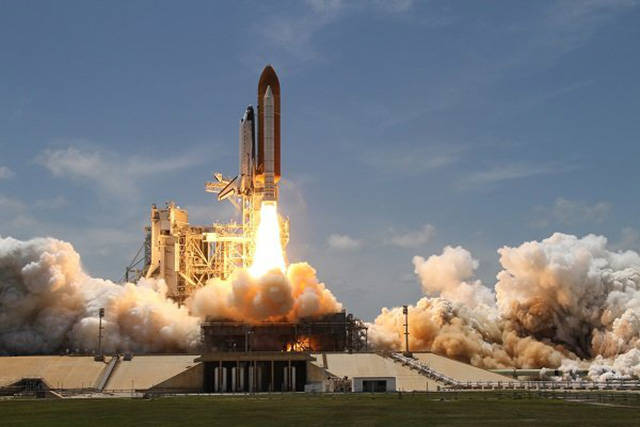 It’s been tubing on the back of a speed boat. Joey Kocur had to get the cup soldered together with sterling silver after his New York Rangers had busted it during their celebrations. He then took it tubing. 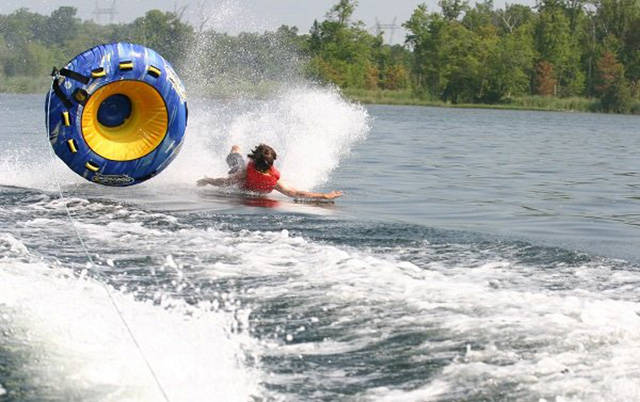 The cup has been to plenty of military bases, serving as a morale booster for hockey fans in uniform. It’s even been to a war zone, when it was taken to Kandahar in Afghanistan by former NHLers Bob Probert, Dave Williams, Ron Tugnutt, Yvon Lambert and Rejean Houle. 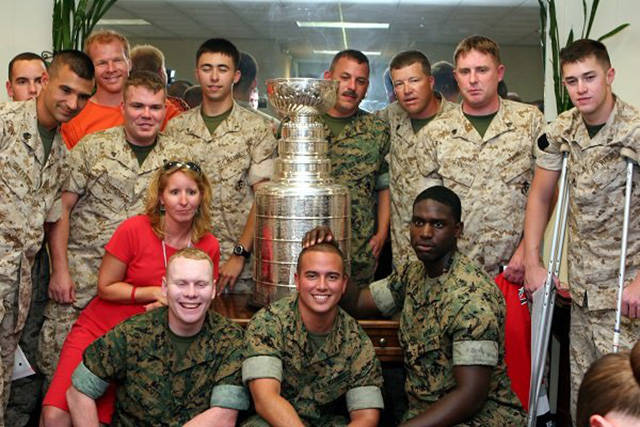 It’s been on the bottom of Mario Lemieux’s pool. The 1991 champs decided to throw it into Lemieux’s pool to see if it would float. It sunk right to the bottom, just like it did two years later, in Patrick Roy’s pool. 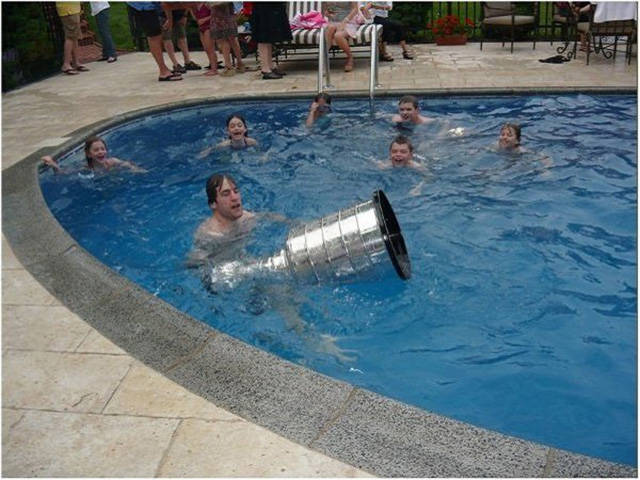 It’s been kicked into the Rideau Canal. The 1905 Ottawa Silver Sevens had decided to punt the cup right into the Rideau for sh!ts and giggles. They retrieved it the next morning as the Rideau was fortunately still frozen. It’s taken a hot shower with Stevie Y. During Steve Yzerman’s time with the cup he did not let it leave his side and that included bringing it into the shower. 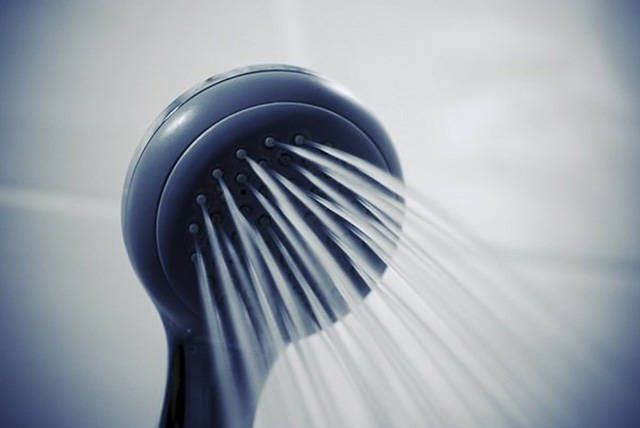