After seeing a DVD lot of 120 copies of the Royal Wedding on eBay, this guy decides to buy it to make a prank to one of his friends. He chooses his best friend who is not into pranks at all and even gets mad every time anyone plays a joke on him. At first, he was just setting the DVDs around his house or putting them in his mailbox, but eventually he decided to level things up. 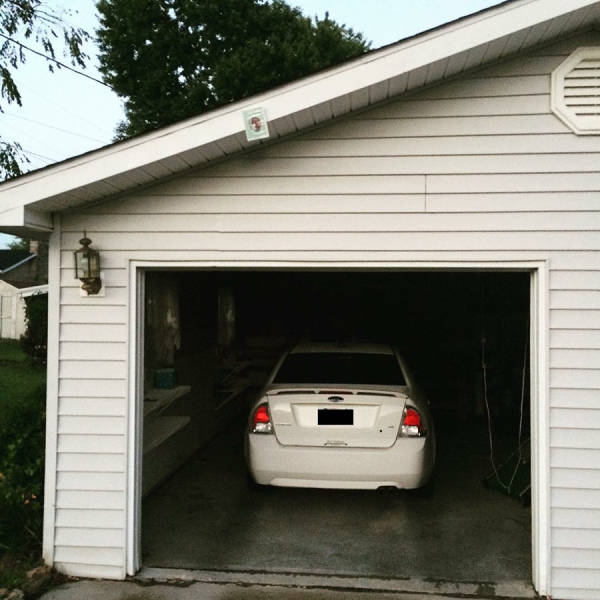 "This was around 2 months before his birthday. I figured that if I kept things as random as possible he'd never suspect me so I celebrated his birthday 2 months early by leaving a cookie cake with a DVD one week" 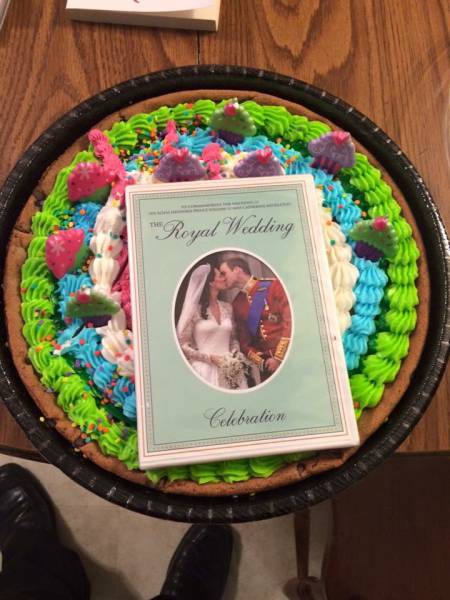 "And then leaving a balloon with the DVD wrapped up and tied to it in front of his garage the 2nd week."
3 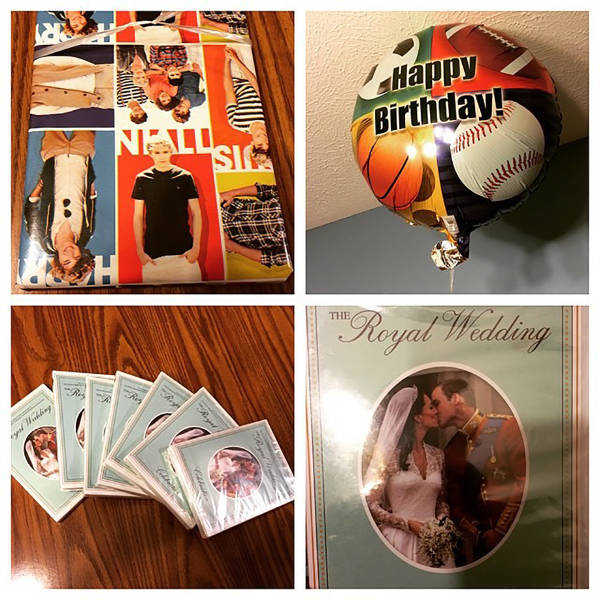 "Then to really throw him off I decided to take an ad out in the local paper to wish him a happy birthday. Kent was already posting on Facebook anytime a DVD showed up and this ad just made people even more curious. I'm assuming the people that aren't Facebook friends with him just think that Kent is a huge fan of the Royal Couple."
4 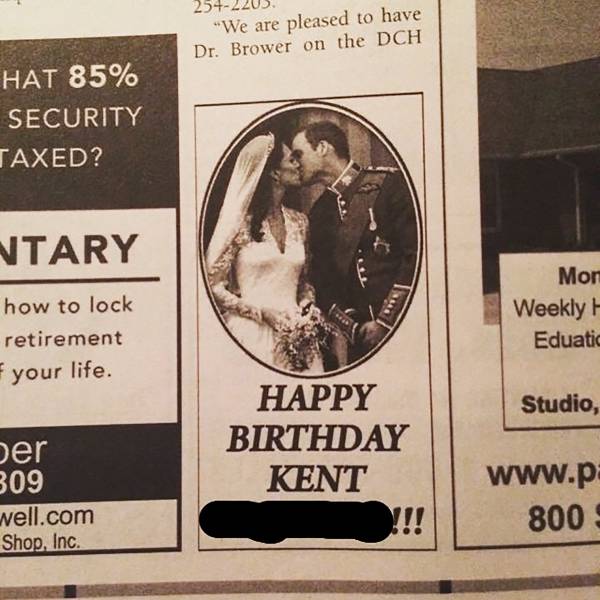 "I took a break from doing anything too crazy and went back to just leaving them around his house for awhile. In July we went to a music festival for the weekend and I had my sister duct tape one to his window to keep him off my trail again. In September we took a road trip to a concert in Arizona. While we were gone I had my sister leave another DVD. This time she put it under the windshield wiper of the car with this note."
5 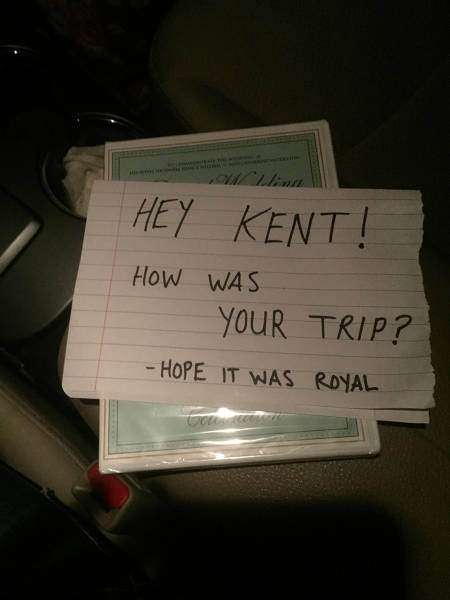 "I waited until October before I did it again and I decided to make it a Halloween theme. I was going to carve the pumpkin but thought it was too time consuming so I wrote on it."
6 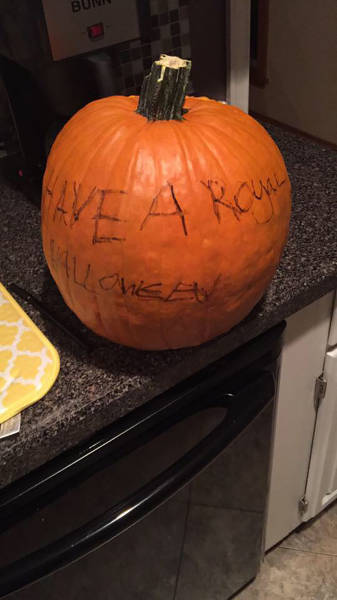 "Then I cut this spot and jammed the DVD in it."
7 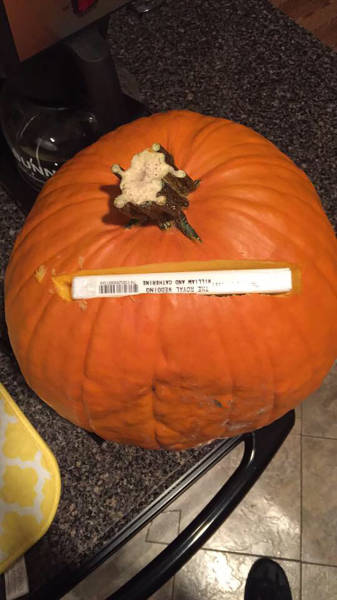 "During this prank Kent got engaged. One day at work we got a huge box delivered so we decided to use it in the prank. We were hoping that he would think it was a present from his girlfriend because we did this not long after they became engaged. We sat one DVD inside with a bunch of trash."
8 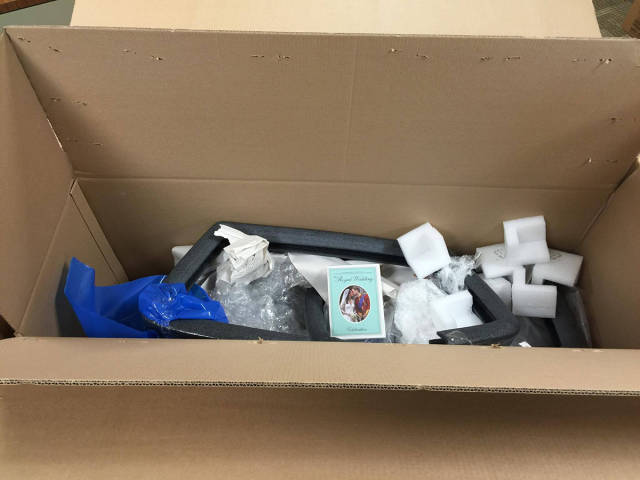 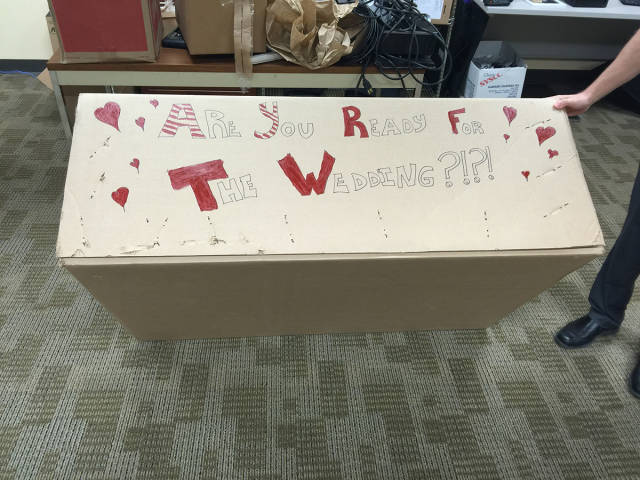 "And then his dreams were quickly crushed when he opened the next part of the box."
10 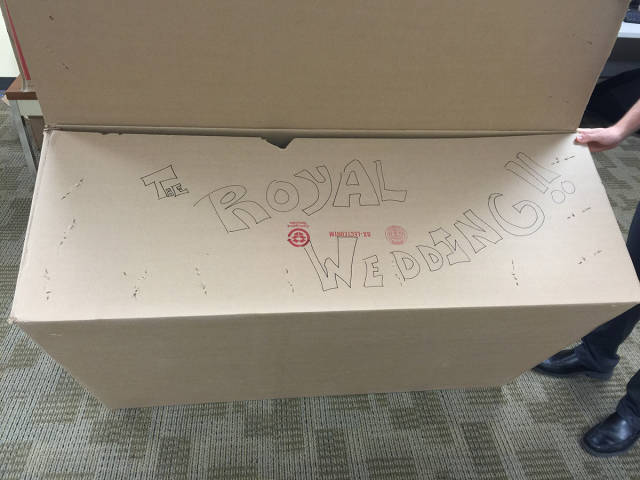 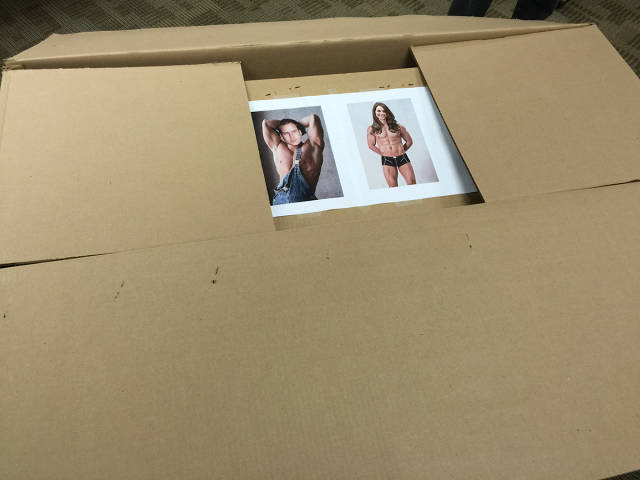 "We photoshopped some pictures"
12 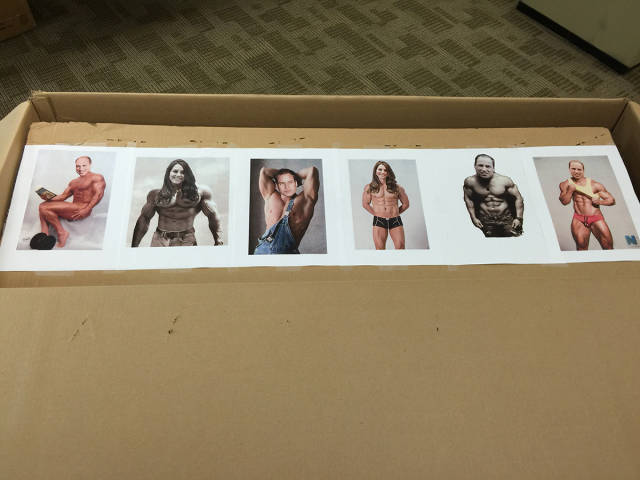 "Then we wrapped it up like a present and sat it in his driveway in front of his garage."
13 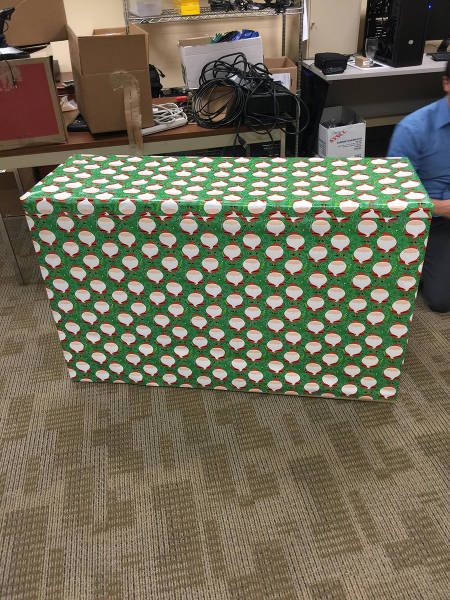 "I did this a few weeks before Christmas. Who doesn't want Royal Wedding themed Christmas Lights? Apparently Kent because they were quickly taken down."
14

"I did this one on Christmas Eve. One of my friends always puts his Christmas shopping off until Christmas Eve and I usually go along with him. We photoshopped this picture and I got it printed off at a CVS. I got a frame and wrapped it up on Christmas Eve with a DVD and left it on his porch. I'm assuming by this point in the prank he knew exactly what it was when he saw it."
15 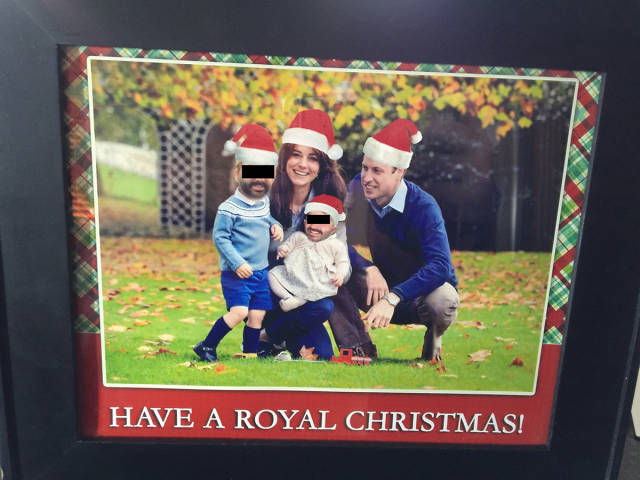 "A month or so after the Christmas prank a friend asked if he could maybe help out a little bit and come up with a prank on his own. His didn't involve the DVD but it was still Royal Wedding themed. He got an old wallet and got a picture of the Royal Couple and then some pictures of Kent and his fiancee and their dog. He then left it inside a gas station in town. Someone at the gas station found it and called Kent letting him know that his wallet had been found. He told them it was a mistake but went to pick up the wallet anyways and saw the pictures. After this prank he was starting to get really annoyed and told us that if anyone knew who it was doing it they better come forward before he bought security cameras. Nobody came forward and I stopped the pranks for awhile. I waited long enough for him to forget about it or to think it was over and then pulled one last prank. I had 90 remaining DVD's and decided to just scatter them all over his yard. I did this the night before and he was out of town so they stayed there for the entire day before he made it home to pick them up. I checked yesterday and they are all stacked up on his porch. He still has no idea who did any of it and i'm hoping it stays that way for at least a few years. I'm assuming he'll be mad for awhile about having to pick up 90 DVDs out of his yard."
16 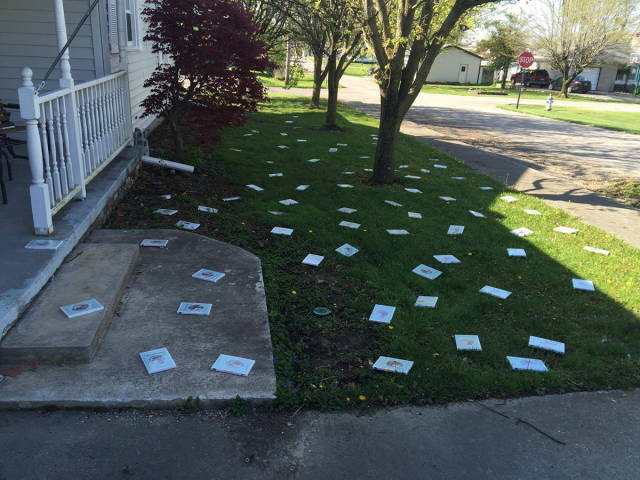