Credit Suisse boosts Australia's ranking because of its attack helicopters and submarines though. 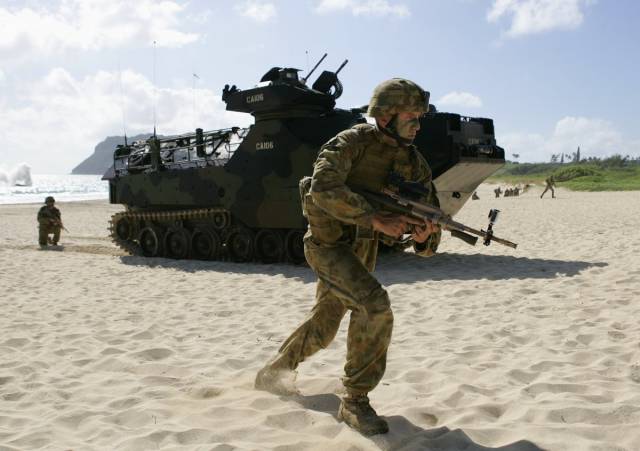 An Australian army soldier with the 5th Battalion, Royal Australian Regiment makes his way up a beach after landing in an amphibious assault vehicle from the USS Peleliu while participating in an assault exercise at Marine Corps Base Hawaii during the multinational military exercise RIMPAC in Kaneohe, Hawaii, on July 29, 2014.