Mario Licato can truly be called a Shia Labeouf's doppelganger and unfortunately for him, he got a black eye just because of his strong resemblance to the actor. After Labeouf found out about this incident he called Mario and left him a voice message to cheer him up. 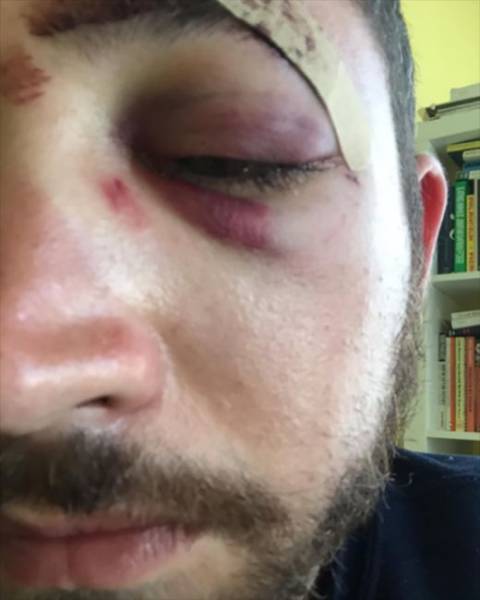 Some time later, Licato got a voicemail on his work phone... from Labeouf again. The actor even posted a reminder about said voice message on his Instagram. 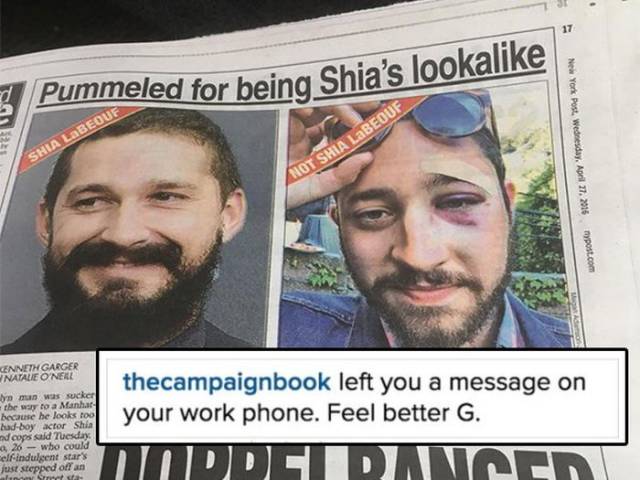 Licato recites the voicemail in his own words:
“It was a pretty long voicemail. He was like, ‘Hey, this is Shia LaBeouf … I just read an article that you were punched in the face because you look like me?’ And he was like, ‘Aw, man. That sucks. I’m so sorry. But I get it. It’s happened to me before.’And then he was like, ‘I don’t know. I wish I was in New York. I’d come bring you soup.’ He was just like, ‘This sucks. I don’t even know what to say. I’m sorry. People are just crazy. Just because you look like me?’ I was obviously laughing the whole time. And then he was like, ‘Here’s my phone number. Don’t give it to anybody. Please, please, call me back. Call me back if you want to. We could chat. Let’s giggle over this. Maybe there’s a silver lining in all this. But call me back.’ And then he was like, ‘And once again, this is Shia LaBeouf, the guy you got hit for looking like. And yeah, man, I’m sorry. I’m just really sorry.’ And he was like ‘Keep your head up, G.’ And that was it.” 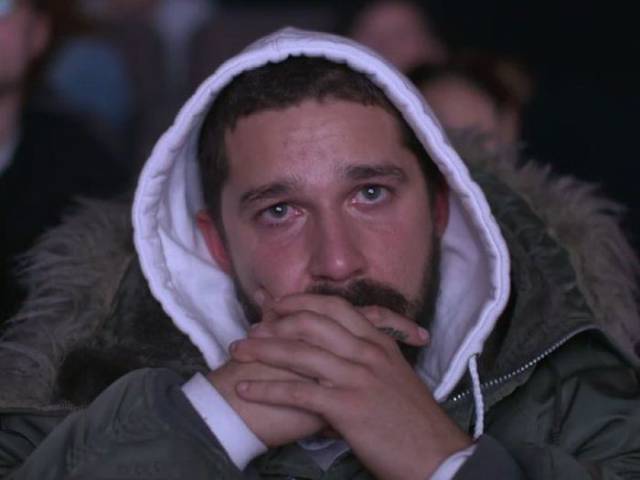 Licato plans to call back and “giggle over” the whole thing with LaBeouf, but not until he’s relaxed and had a glass of wine to let everything sink in. Regarding what his response will be, he says it’ll probably be something along the lines of “Maybe he just really hated you sitting in the movie theater for three days straight watching your own movies?” 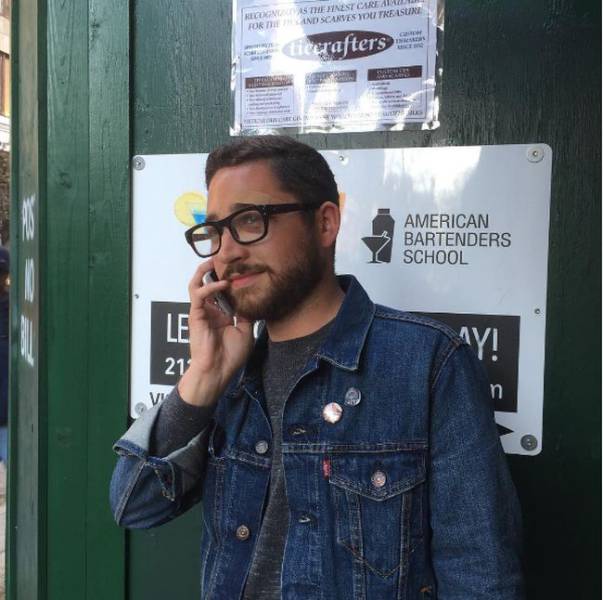