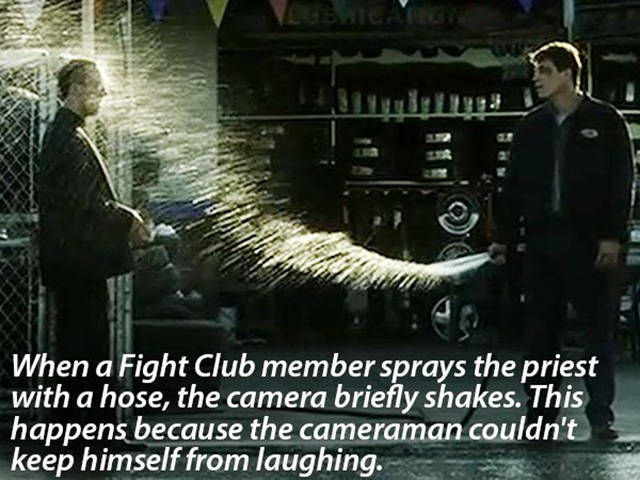 In the short scene when Brad Pitt and Edward Norton are drunk and hitting golf balls, they really are drunk, and the golf balls are sailing directly into the side of the catering truck. 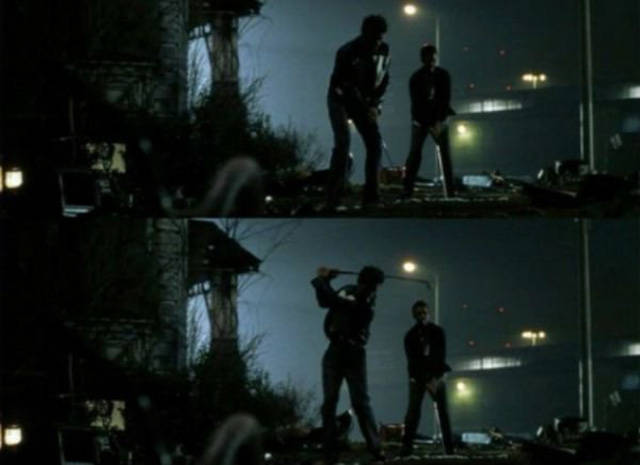 Author Chuck Palahniuk first came up with the idea for the novel after being beaten up on a camping trip when he complained to some nearby campers about the noise of their radio. When he returned to work, he was fascinated to find that nobody would mention or acknowledge his injuries, instead saying such commonplace things as “How was your weekend?” Palahniuk concluded that the reason people reacted this way was because if they asked him what had happened, a degree of personal interaction would be necessary, and his workmates simply didn’t care enough to connect with him on a personal level. It was his fascination with this societal ‘blocking’ which became the foundation for the novel. 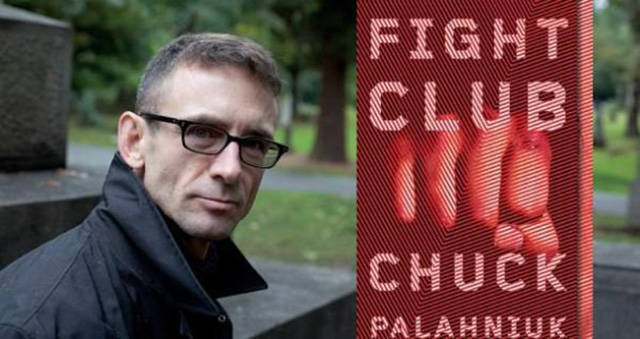 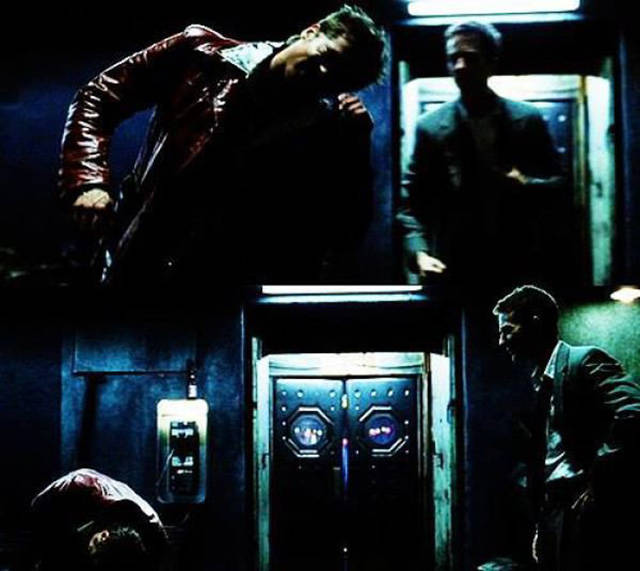 David Fincher took 12 takes of the stuntman rolling down the stairs for the fight between The Narrator and Tyler at the end of the film. The take used in the movie is the very first one. 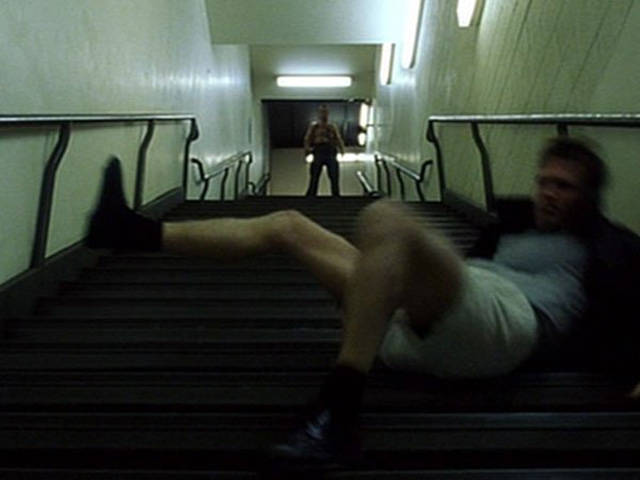 To prepare for their roles, Edward Norton and Brad Pitt took basic lessons in boxing, taekwondo and grappling, and also studied hours of UFC programming. Prior to principal photography, Pitt also visited a dentist to have his front tooth chipped. 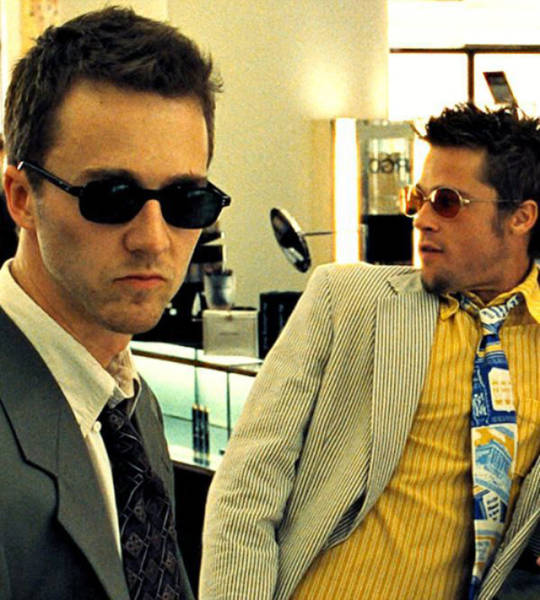 During the shooting of the film, Helena Bonham Carter insisted that her makeup artist (Julie Pearce) apply all of her eye makeup with her left hand, because Bonham-Carter felt that Marla was not a person who would be particularly skilled at (or concerned with) correctly applying makeup. 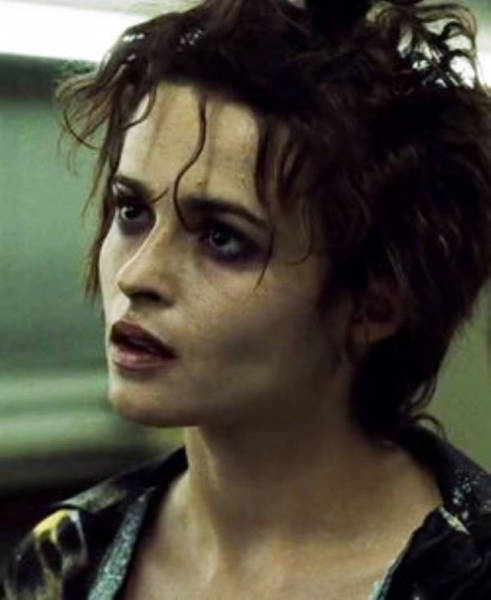 Tyler Durden was originally going to recite a workable recipe for home-made explosives (as he does in the novel). But in the interest of public safety, the filmmakers decided to substitute fictional recipes for the real ones. 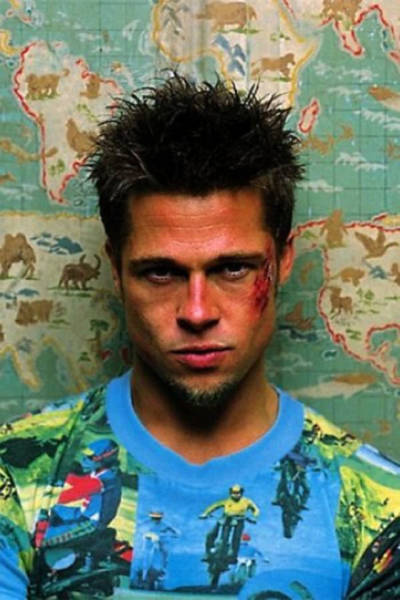 During rehearsals, Brad Pitt and Edward Norton found out that they both hated the new Volkswagen Beetle with a passion, and for the scene where Tyler and The Narrator are hitting cars with baseball bats, Pitt and Norton insisted that one of the cars be a Beetle. As Norton explains on the DVD commentary, he hates the car because the Beetle was one of the primary symbols of 60s youth culture and freedom. However, the youth of the 60s had become the corporate bosses of the 90s, and had repackaged the symbol of their own youth, selling it to the youth of another generation as if it didn’t mean anything. Both Norton and Pitt felt that this kind of corporate selling out was exactly what the film was railing against, hence the inclusion of the car; “It’s a perfect example of the Baby Boomer generation marketing its youth culture to us. As if our happiness is going to come by buying the symbol of their youth movement, even with the little flower holder in the plastic molding. It’s appalling to me. I hate it.” However, Pitt is quoted on the DVD commentary as saying he has since had a change of heart about the new Beetle. 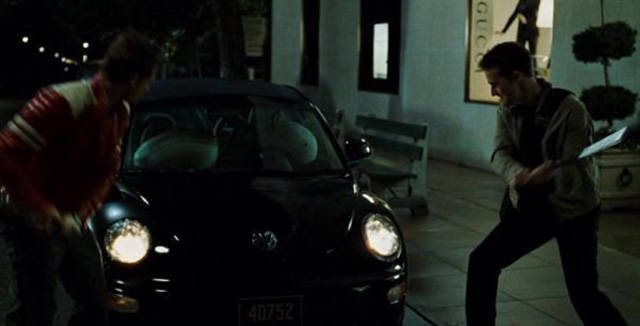 Edward Norton lost 17-20 pounds for this role after having to beef up tremendously for his role as a Neo-Nazi skinhead in American History X (1998). Norton achieved this form by running, taking vitamins and just ignoring the on-set catering. 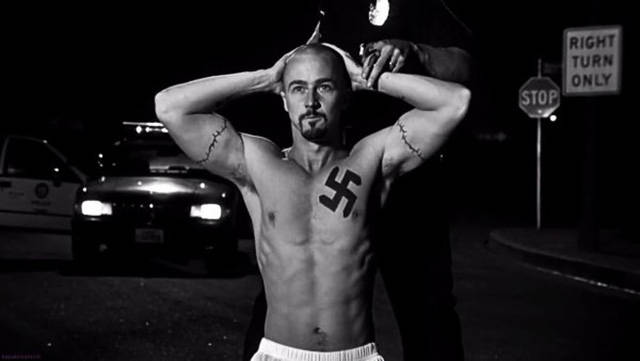 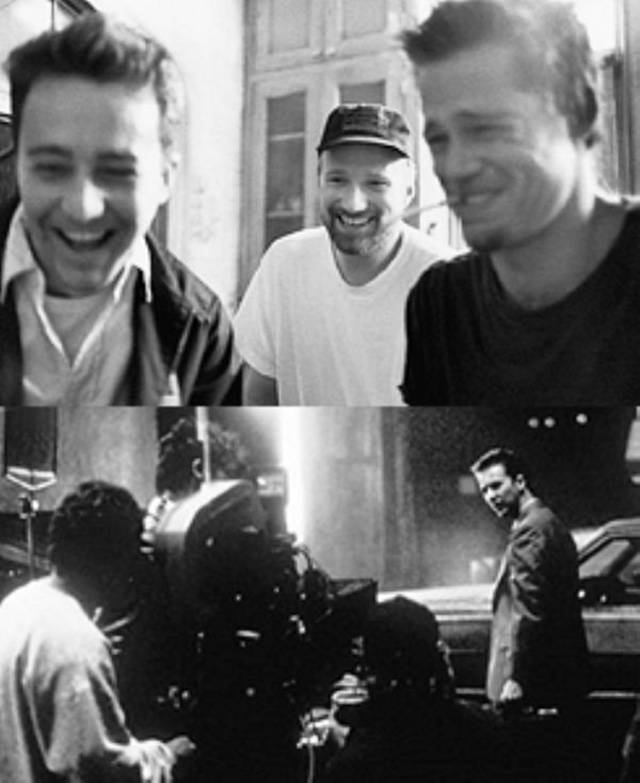 Following the film’s release, several fight clubs were reported to have started in the United States. A “Gentleman’s Fight Club” was started in Menlo Park, California in 2000 and had members mostly from the high tech industry. 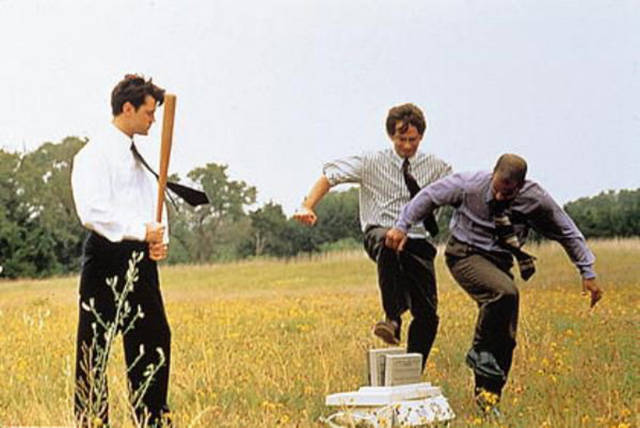 During the shooting of the night exteriors of Tyler’s house in San Pedro, the helium balloon lights which were floated above the house by director of photography Jeff Cronenweth prompted a number of UFO sightings, resulting in the Lomita Sheriff’s Department visiting the set to inquire what was going on.

Also, the term ‘Paper Street’ refers to a road or street that has been planned by city engineers but has yet to be constructed. A paper street is sometimes published in common street directories by accident, but does not yet exist.

Throughout the film, Tyler Durden can be seen to be wearing Blue-Blockers, a type of sunglasses commonly used by insomniacs to filter out blue light, which is detrimental to the production of melatonin, a hormone essential for sleep. 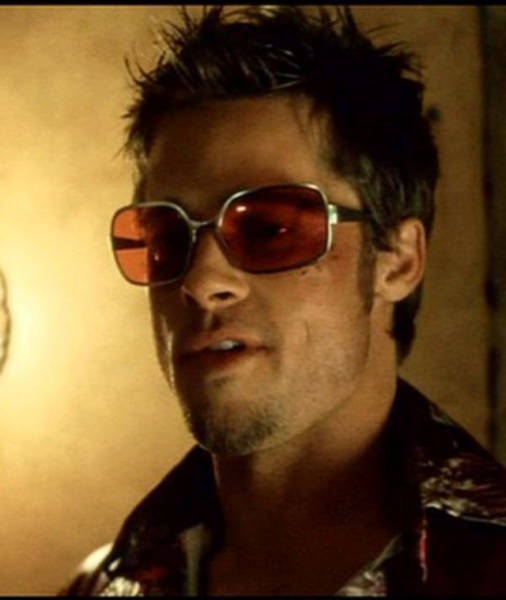 When the film stock was processed, several techniques were applied to alter the look of the footage and increase the ‘grubbiness’ of the image. Under the supervision of director David Fincher and director of photography Jeff Cronenweth, the contrast was stretched, the print was underexposed, re-silvering was used to increase density, and high-contrast print stocks were stepped on the print to create a layer of ‘dirt’, which Fincher likens to a “dirty patina.” 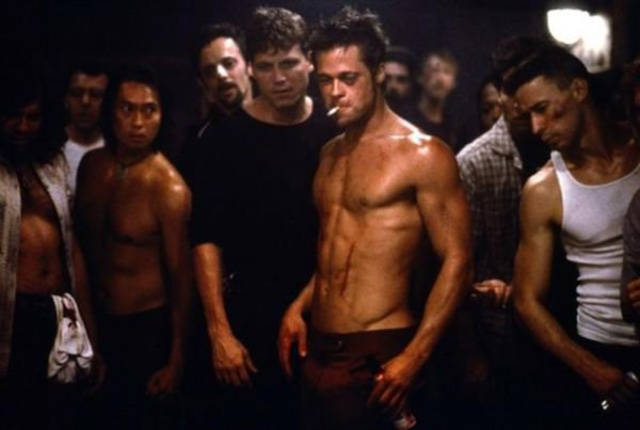 Rupert Murdoch despised the project and clashed with then-studio head Bill Mechanic over putting it into production. The film’s disappointing box office returns relative to cost were a major reason for Mechanic’s departure from this job not long after its release. 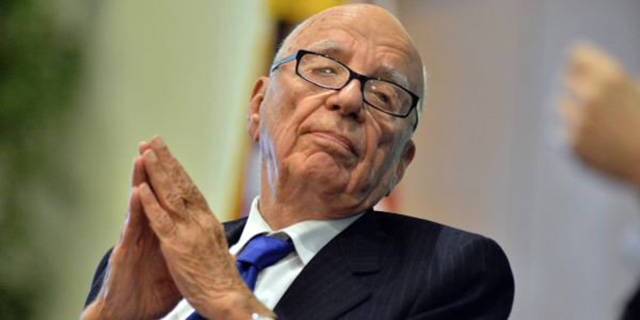 Brad Pitt was paid $17.5 million for his part in the film. Edward Norton was paid $2.5 million. 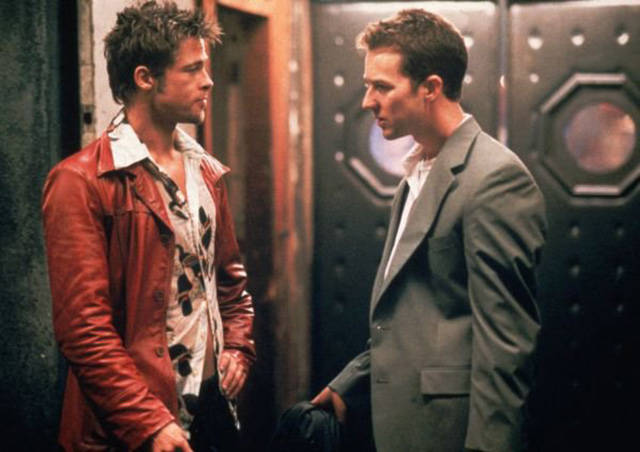 Director David Fincher shot over 1,500 reels of film, more than three times the usual amount for a 120 minute film. 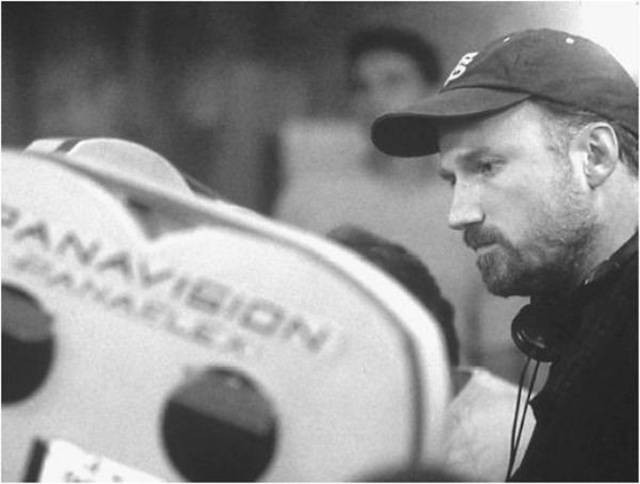 The visible breath in the cave scene is recycled Leonardo DiCaprio breath from Titanic, which was composited into the shot.

Brad Pitt and Edward Norton both actually learned how to make soap during production.