After 8 months of hibernation, all of red-sided garter snakes in Narcisse, Canada crawl out of their dens. It happens during the last week of April and their numbers grow until the second week of May. The reason is simple. They are all coming out to mate.

Like all other snakes, red-sided garters are cold-blooded. During the winter, when the temperatures drop to below freezing, they hibernate for eight months. 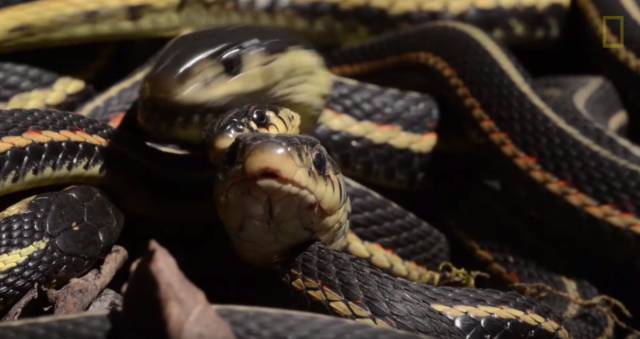 Manitoba, Canada, is laced with sinkholes that line its superficial limestone bedrock. Underground dens form here, attracting the snakes, who see them as the ideal spots for an eight-month snooze. 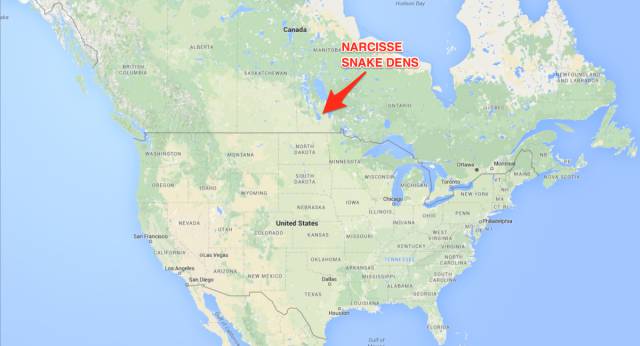 But space is limited. Thousands of snakes end up in dens as large as an average living room. 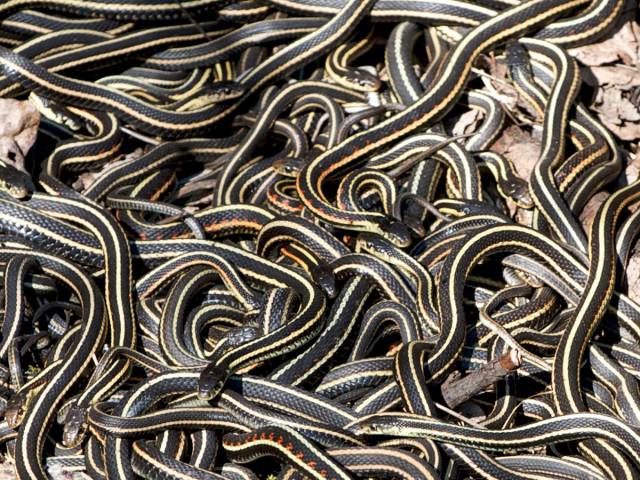 Once spring arrives, thousands of the the red-sided garters slither over one another to emerge from their lairs, forming a carpet of quivering snakes. 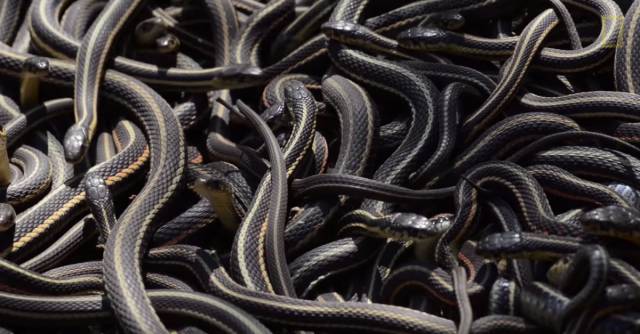 It's also peak breeding time. The males eagerly look for a female to mate with in the areas surrounding the dens. 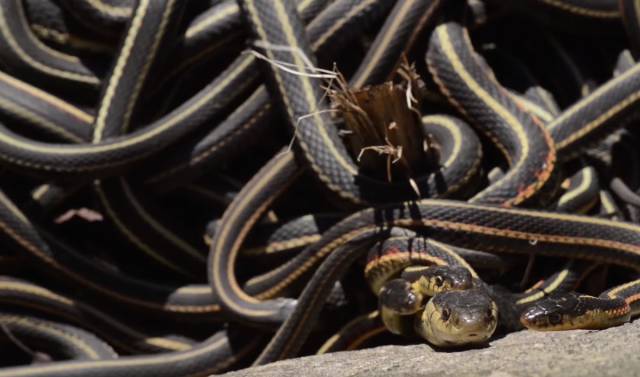 In the huge heap of snakes, it can be tough for the males to recognize the females, even though they're longer and wider. 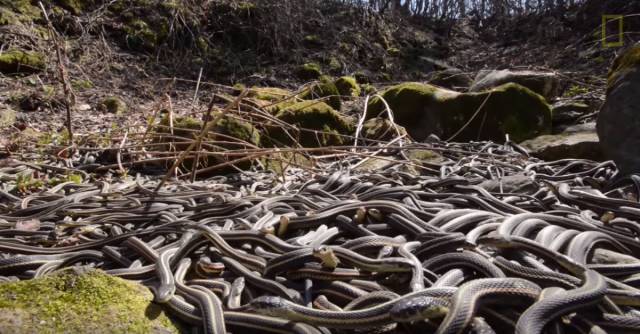 This is made even more interesting by the fact that the ratio of males to females is 10,000 to 1. 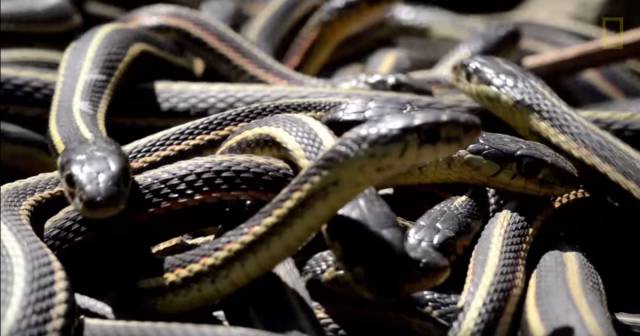 The male-biased sex ratio is a result of the males pouring out of the den first and awaiting the females, who typically emerge over the course of a few weeks. 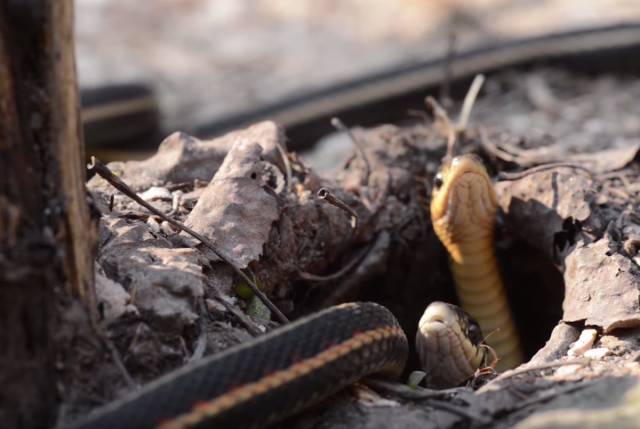 Once the males are lured by a female's pheromones, several try to court one female by rubbing their chins along her back. This is called a "mating ball."

The male closest to the female copulates with her, leaving a gelatinous plug inside her body that blocks her reproductive tract for about two days, warding off other males. 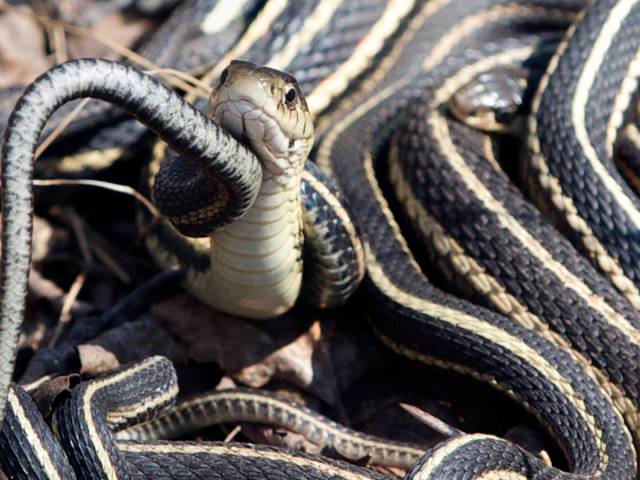 Then, the female can slither away from the carpet of snakes, where she'll feed and give birth later in the summer. One female can give birth to 40 to 50 young at once. 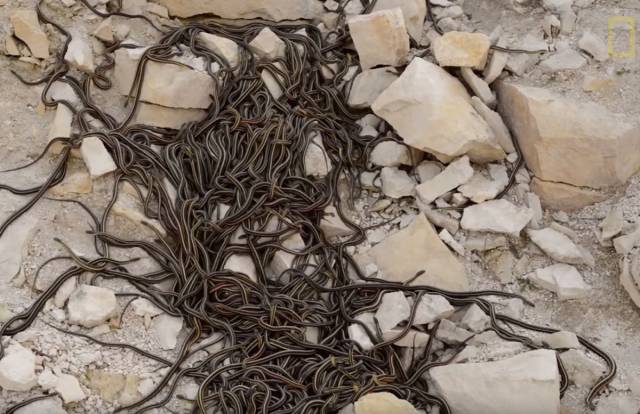 But if the female rejects the male, then she can prevent his sperm from fertilizing her eggs, a mechanism called "cryptic female choice." She simply waits for the smelly plug to dissolve and then mates with another male. 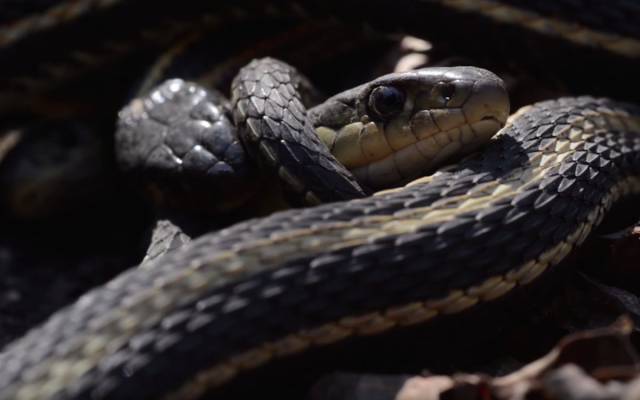 In September, the snakes return to their dens for the winter, where scientists think they spend the next eight months in hibernation once again. 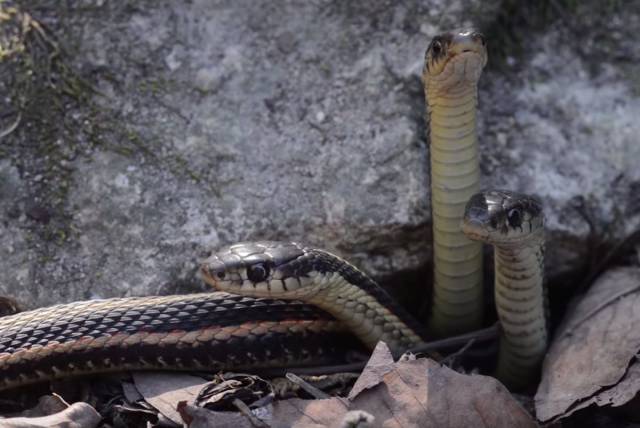