If You Live In New York, London Or Paris This Small Independent Airline May Be Your Best Choice (23 pics)

La Compagnie is a French airline based at Charles de Gaulle Airport in Paris which offers all-business class flights from Paris and London to New York only. That’s right there’re only 3 destinations but apparently, their prices are unbeatable comparing to the premium economy and business-class prices on all other airlines.

The airline's aircraft are equipped with an all-business class cabin with 74 seats that convert to angled flat beds. Food is served in a two-course meal. Inflight entertainment is provided on tablet devices. La Compagnie uses contract lounges for its passengers

I learned that La Compagnie is a small, independent company that has been around since 2013. The airline only flies to and from London, Paris, and Newark, New Jersey. The catch? It doesn't fly in or out of Heathrow, London's big airport. Instead, it goes in and out of Luton, a smaller airport just north of London. 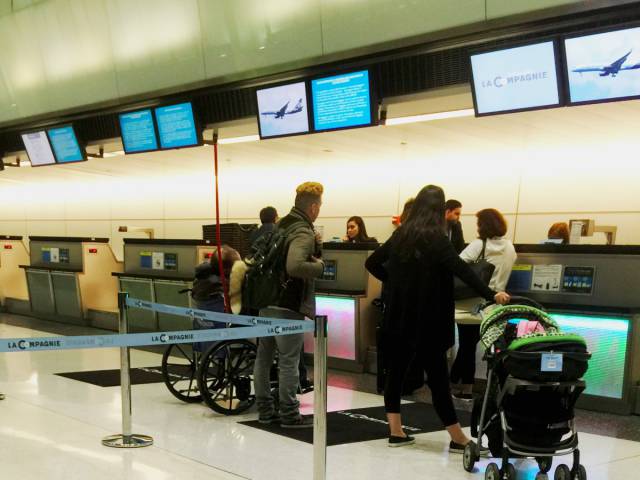 At Newark, La Compagnie passengers are granted access to the Art & Lounge space. It's quiet and comfortable with a nice food and drink selection. At Luton, passengers have access to an executive lounge called Aspire, which is modern and sleek, and offers a large selection of food, snacks, and drinks. Below are some photos of the Aspire lounge at Luton airport. 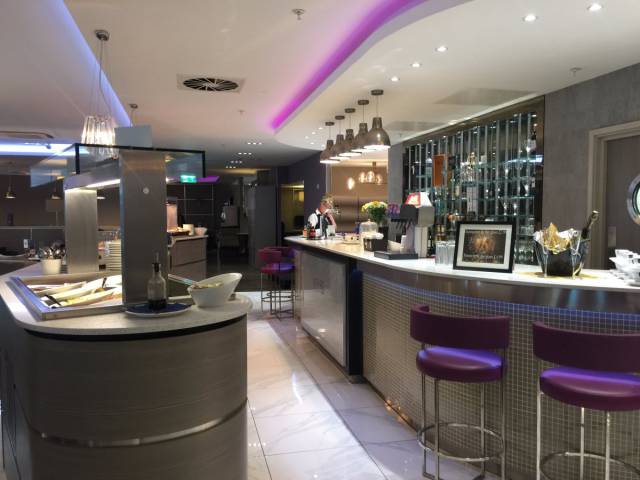 Drinks, snacks, and food are complimentary. At the Aspire lounge, however, you have to pay for certain fancy alcoholic beverages. The lounge also offers free Wi-Fi and spa services. 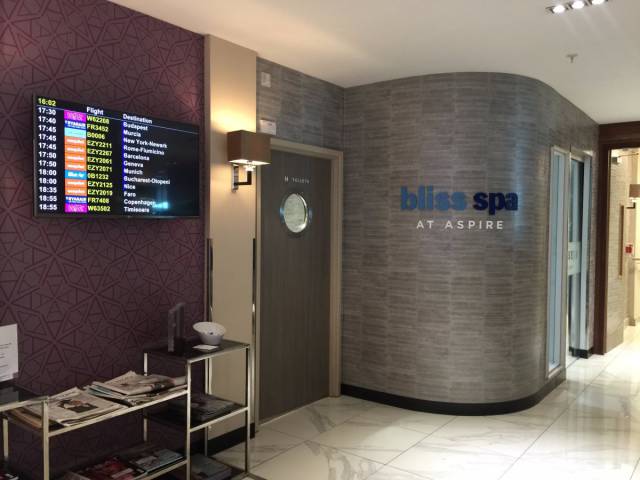 The spa offers 20- or 40-minute manicures, facials, and massages, among other relaxing treatments. 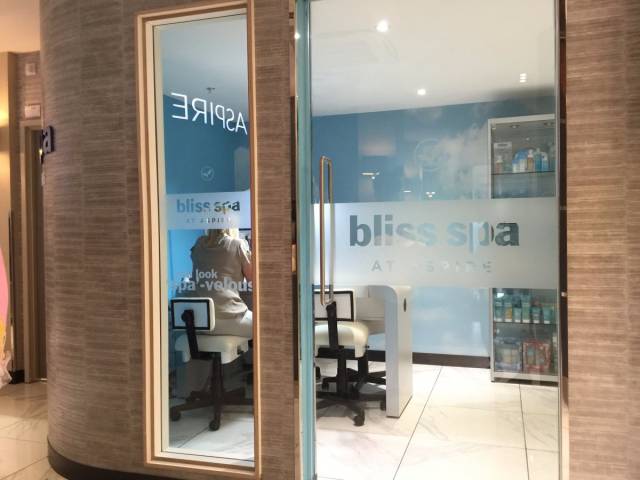 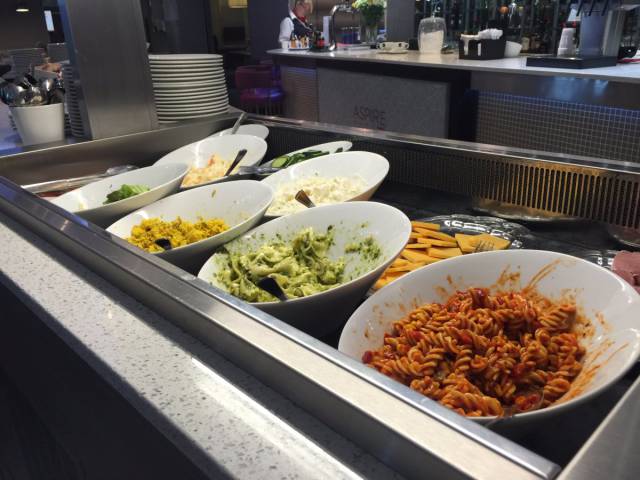 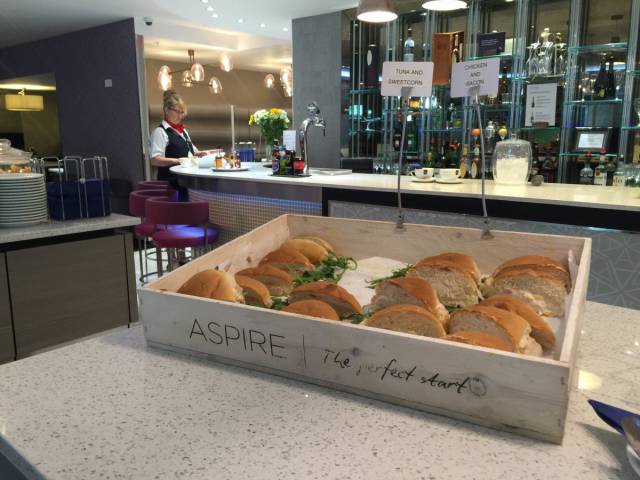 There is also a room with three "SnoozePods," which through the use of intelligent lights and sounds promote full sleep in a pre-programmed 20-minute cycle before "gently waking you." 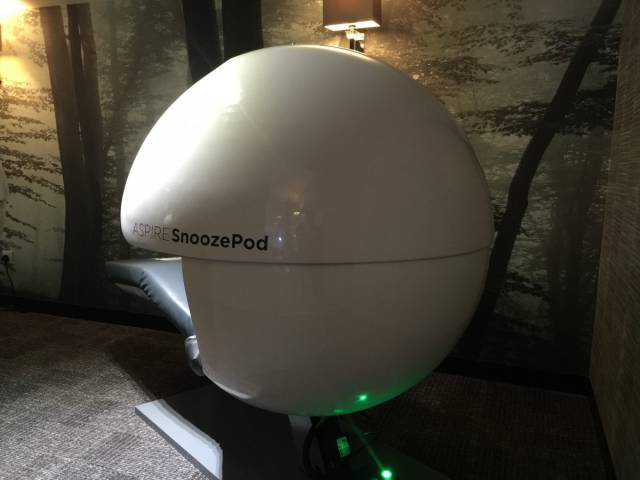 About 45 minutes before our scheduled take-off, an Aspire lounge employee announced that it was time for passengers on my flight to begin making their way to the gate. When I got there, I boarded our Boeing 757-200 immediately — no waiting! 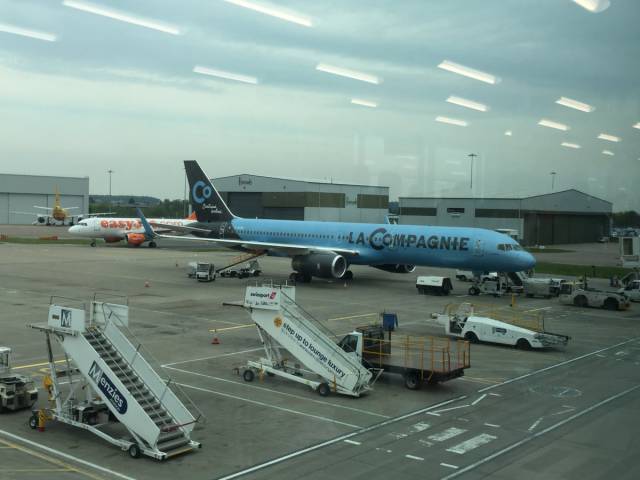 On both aircrafts, the all-business-class cabins had 19 rows and 74 seats. Neither of my flights were sold out; there were a few open seats on both. 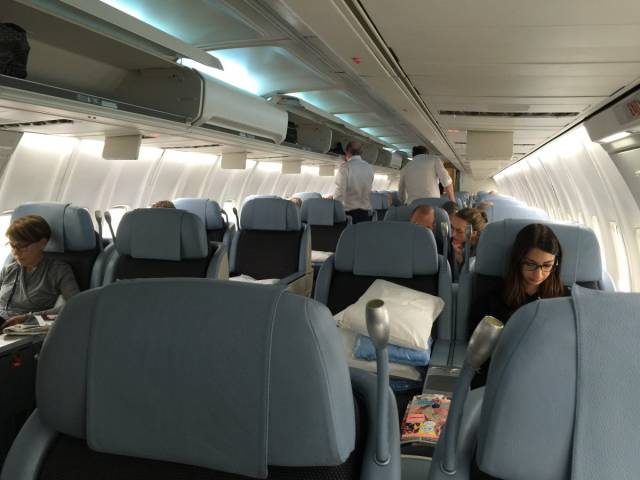 When I got to my seat I found a bottle of water, a pillow, a blanket, and a travel-care kit, which included earbuds, a toothbrush, socks, Caudalie face moisturizer, a pen, an eye mask, and other goodies. 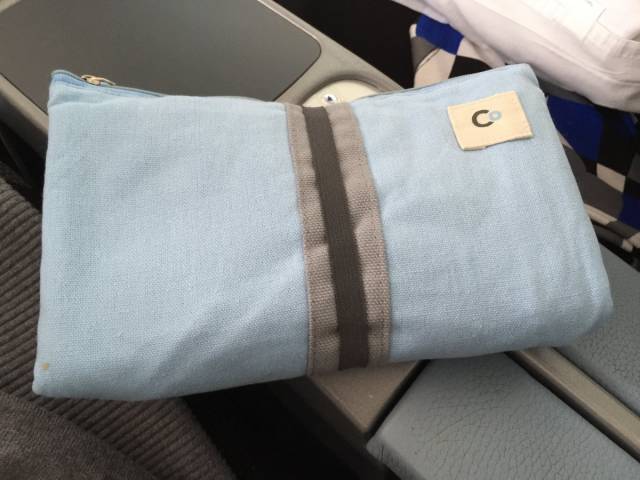 Every seat had a Samsung Galaxy Pro tablet that you could remove from the port. Through these devices, La Compagnie offers TV shows, movies, music, magazines and newspapers, and e-books. The tablets can also be used to view the in-flight menu and other information. 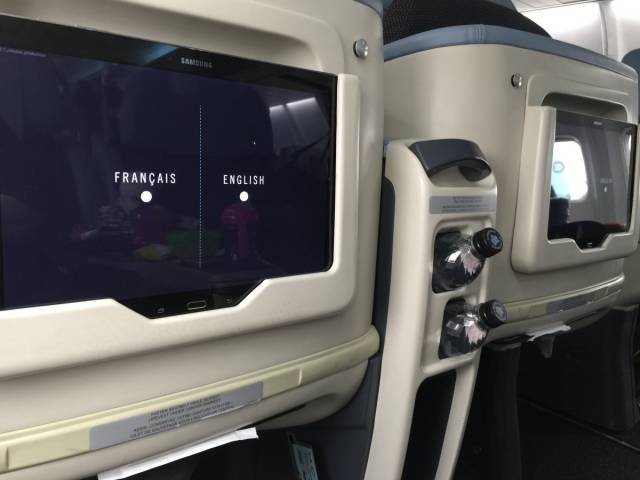 The seats are spacious and comfortable. They recline to a 175-degree angle and have a built-in massage feature, which I took full advantage of. 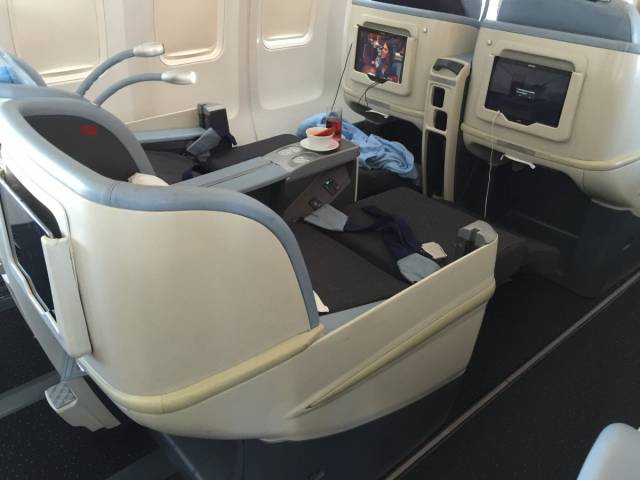 My 16-month-old niece enjoyed the recline feature. The seats didn't quite turn into completely flat beds, but they got close enough. 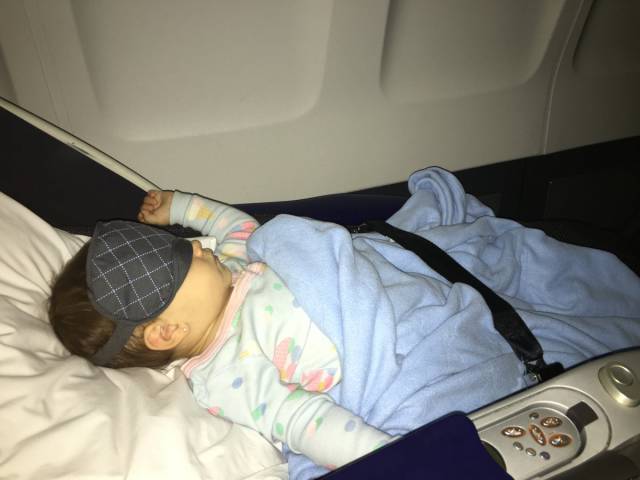 The antiallergenic pillows and soft blankets were cozier than I thought they'd be. 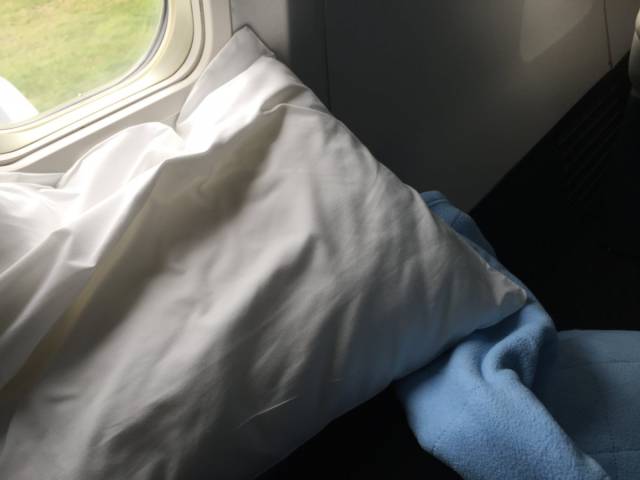 Upon boarding, the flight attendants came around offering champagne with cranberry juice, or just plain cranberry juice. Everything on the plane was complimentary. 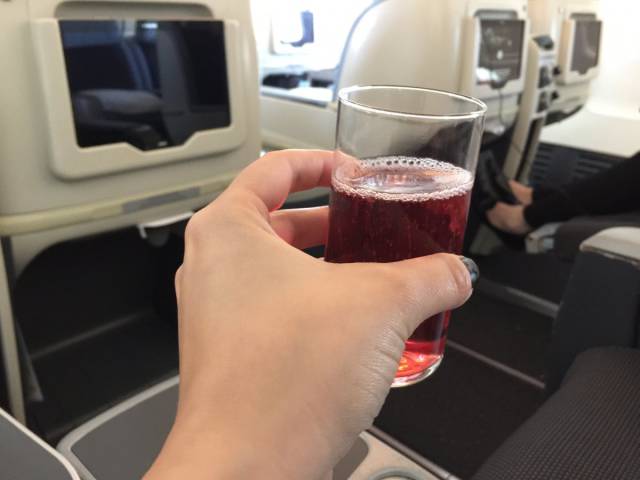 Next they handed out comfortable noise-canceling headphones. Sadly, these had to be returned at the end of the flight, but it was nice to have them for the seven hours we were on board. 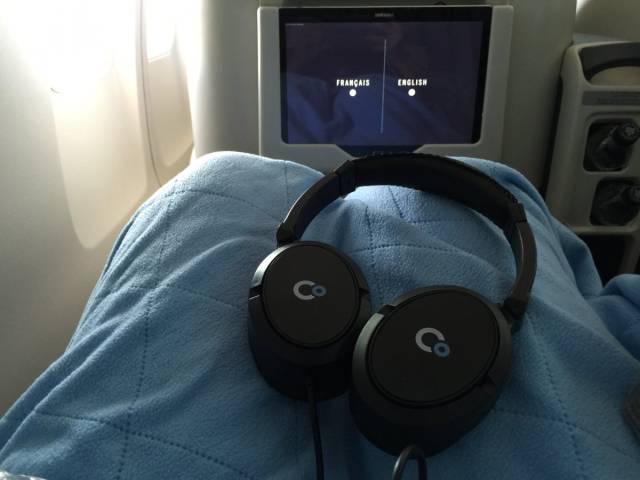 Just after take-off, the flight attendants came around with hot towels. 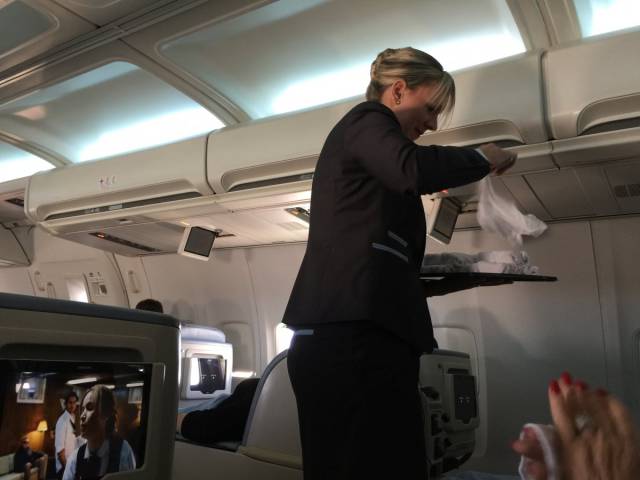 On our return flight, which left London at 5:40 p.m. (London time) and arrived in Newark at 8:00 p.m. (Eastern time), we were served a light first course of tuna, a cheese and fig plate, and some sort of pie around 6:00 p.m. It was all surprisingly delicious. 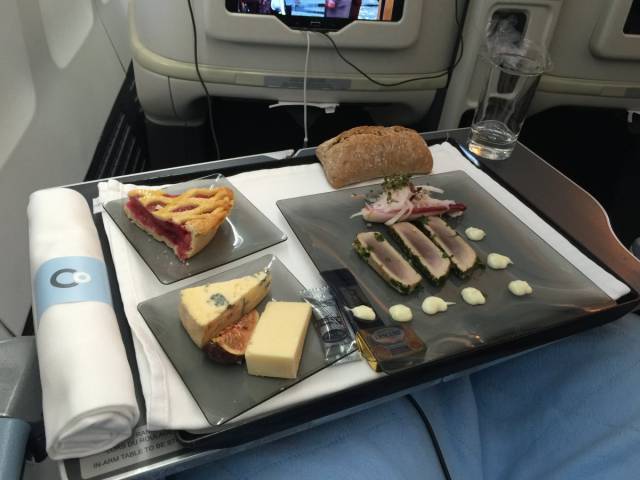 About an hour later, we were served dinner. Passengers had a choice of chicken in a red wine sauce, or spinach and cheese tortellini served with warm bread. I went with the pasta. It was simple yet flavorful. And the portion sizes were perfect. 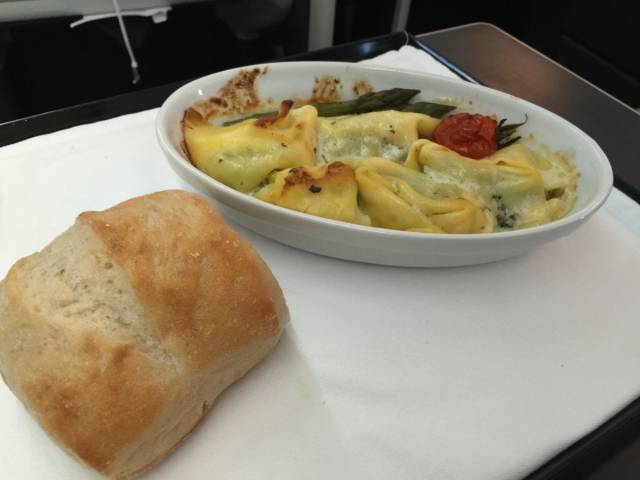 Finally, we were served a course similar to what you'd eat at high tea in London. The flight attendants came around with the "tea and sweets" meal — which included a scone with jam and clotted cream, a macaron, a miniature carrot cake, two finger sandwiches, juice, and tea — around 9:00 p.m. London time. 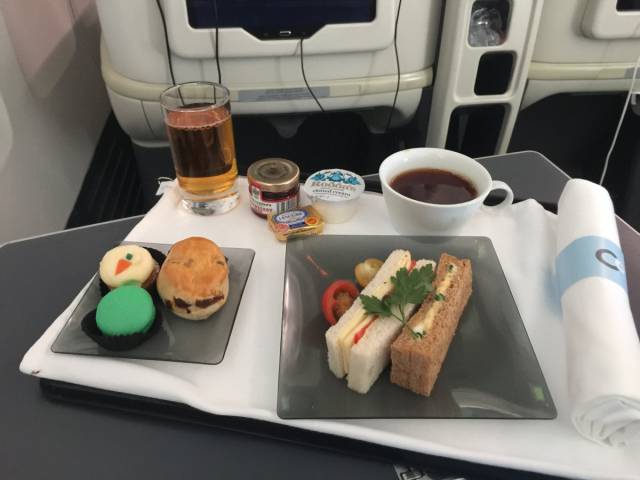 Throughout the flight, a few baskets filled with candy and chips were left out for passengers to help themselves to. 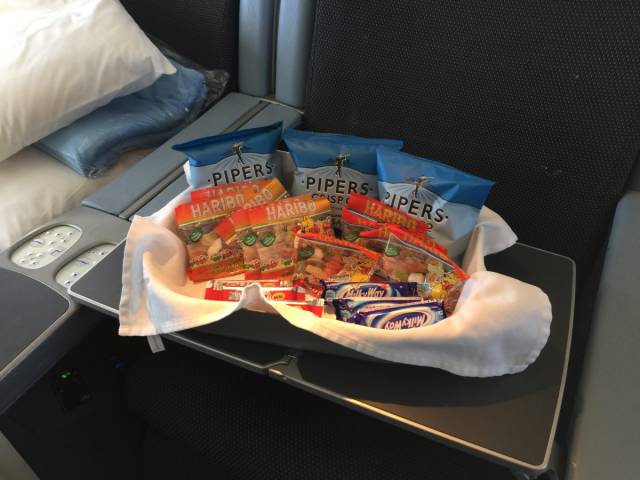 There were three flight attendants on each flight. They were very pleasant and attentive. They didn't disturb passengers with a million unnecessary announcements, but came through the aisle with the drink cart frequently, asking us if we'd like anything. 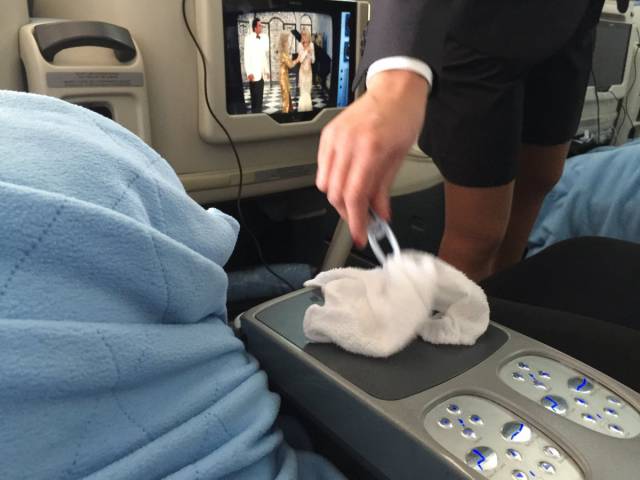 I wish La Compagnie flew everywhere, because if it did, it's the only airline I'd ever fly. My experience wasn't perfect (for example, my arm rest of the return flight was broken, so I had to switch seats) but overall, it was one of the best travel experiences I've ever had. And at less that $1,500 per person for a round-trip business-class ticket to London ($1,800 to Paris), the value is incomparable. 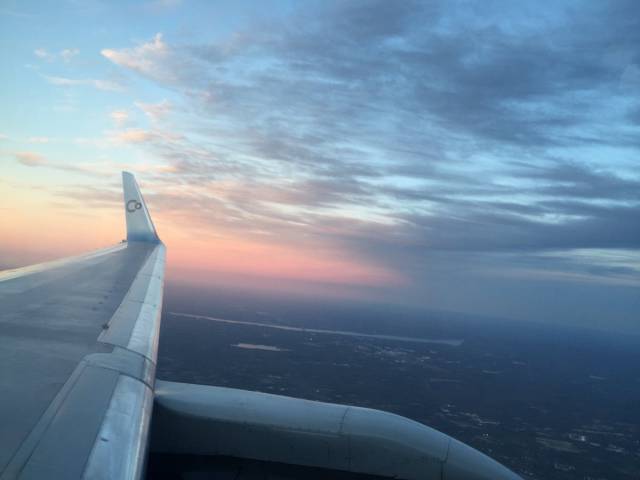 Kallenovsky 5 year s ago
Neat, but still too expensive.
Reply
0

Varan1 2 year s ago
2 hours and 30 minutes in the air for the round trip? Hope you can write it off as a business expense.
Reply