The temple set, which took six weeks to build, was supported on 80 feet of hydraulics and ten gimbals for use during the earthquake scene. Resetting between takes took twenty minutes while the hydraulics were put to their starting positions and the cracks filled with plaster. The shot of the Grail falling to the temple floor-causing the first crack to appear-was attempted on the full-size set, but proved too difficult. Instead, crews built a separate floor section that incorporated a pre-scored crack sealed with plaster. It took several takes to throw the Grail from six feet onto the right part of the crack. 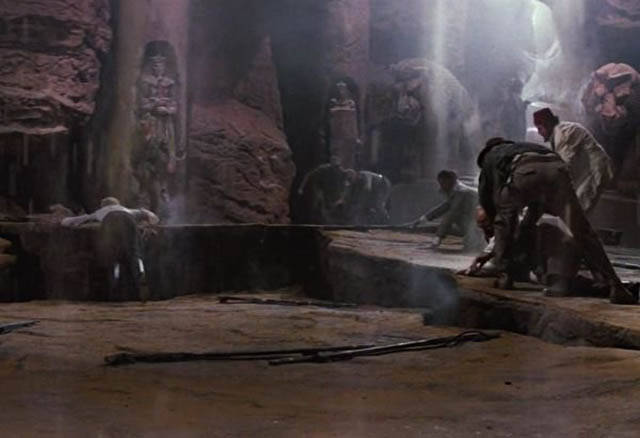