Bern in Switzerland topped the ranking of the cities with the best quality of life. Work-life balance is great which means that people know how to take care of them. Moreover, Switzerland overall is considered the second happiest, richest, healthiest, and most crime-free country in the world.

Here’s why Bern is the best city to work and live in and its comparison to London.

This is Rebecca Griffiths. She usually lives and works in London. She moved to Switzerland for a month to experience and learn from the differences in the British and Swiss healthcare systems. 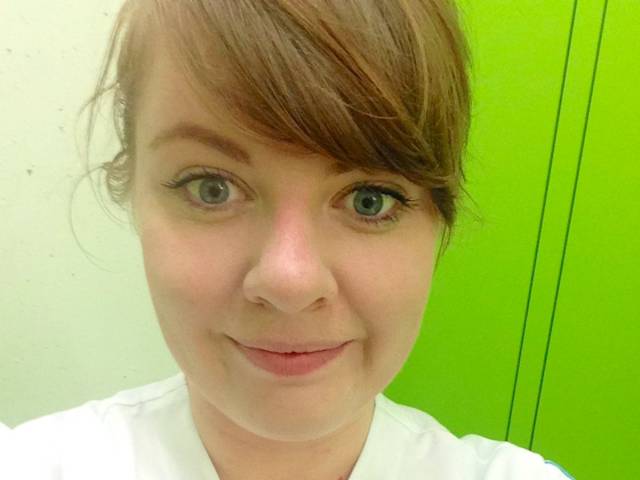 One of the biggest differences between London and Bern was the incredible scenery. 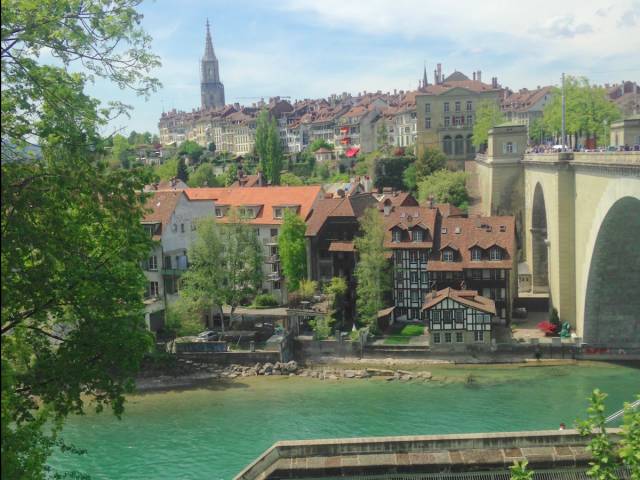 "The medieval part of Bern is amazing. The river is also beautiful. It's so clean you can drink from it, and people use it for swimming in the summer," she said. 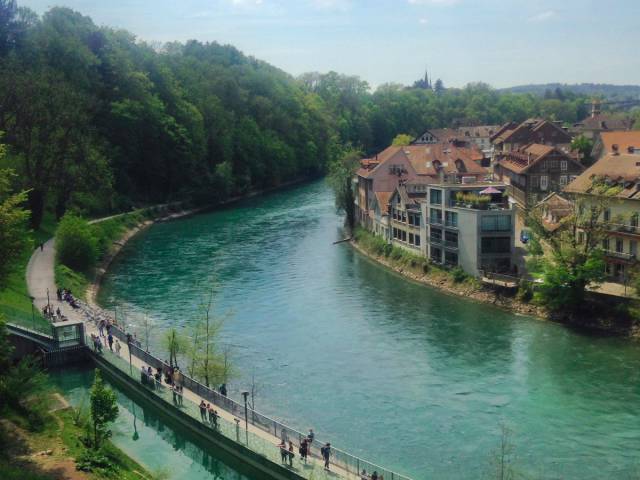 Even the view from her apartment was vastly different and was really calming. 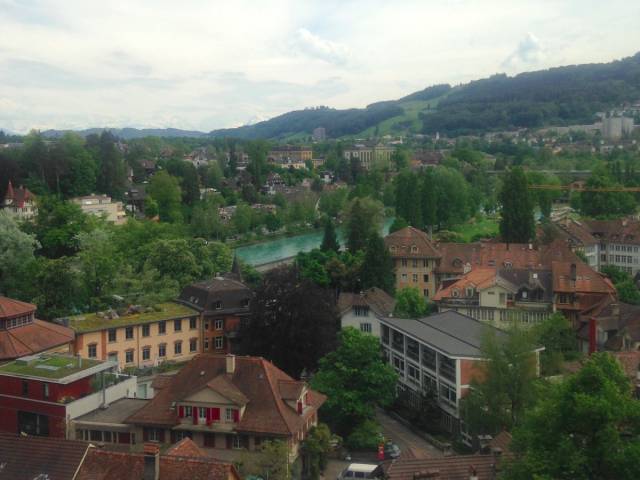 Her commute was also a lot less crowded than the London tube network. And if you didn't want to walk, Griffiths said: "Bern has excellent public transport, which means your train/bus often arrives early if not on time." 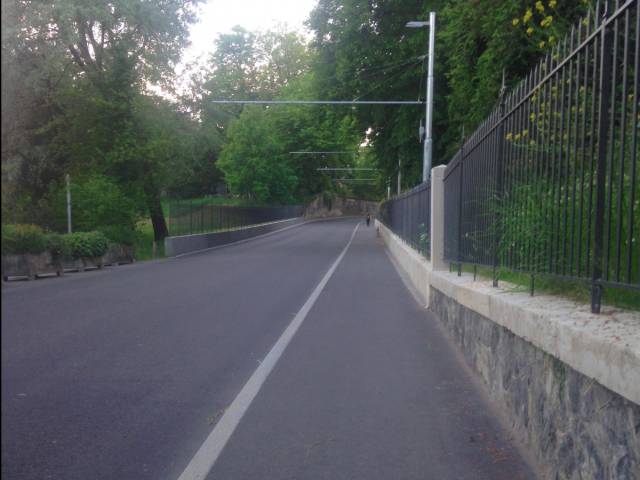 "I like that the whole city was walkable, and I also spent time on the lawns near the public lidos at Marzili. I absolutely loved walking five minutes to work, and I do not look forward to my first cramped train commute when I'm back in the UK," said Griffiths. 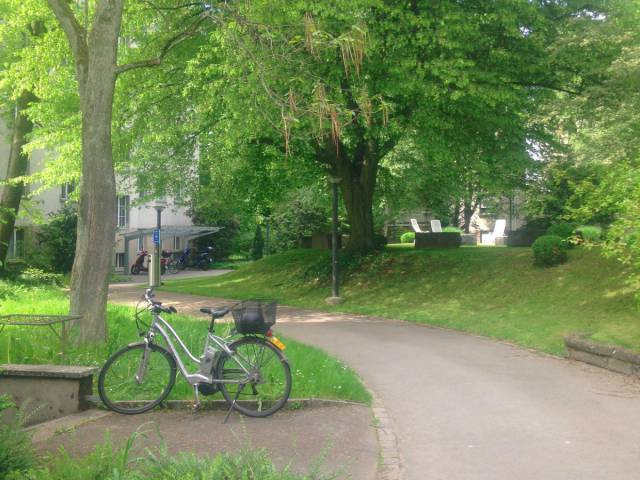 Once she got to work, she said the difference in terms of work-life balance was very different. Here she is with Ana, a fellow from the Hope Exchange programme attendee. 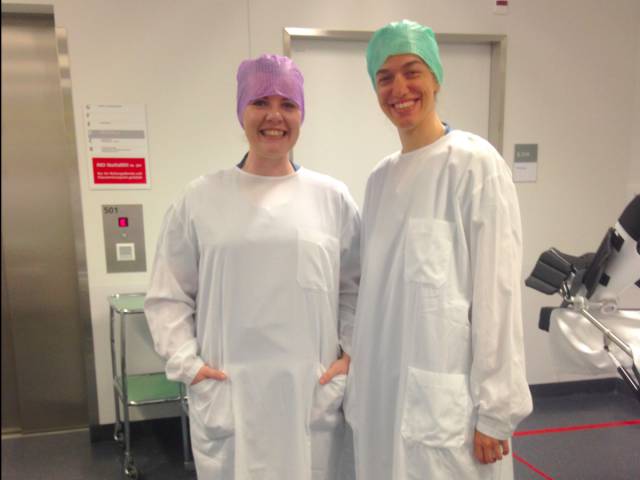 She said that "the full-time contracted hours are longer than the UK, at around 42 hours per week. However my experience was that everyone made sure to have a proper lunch away from their desks and the workday really did finish at 4 p.m. to 5. p.m." 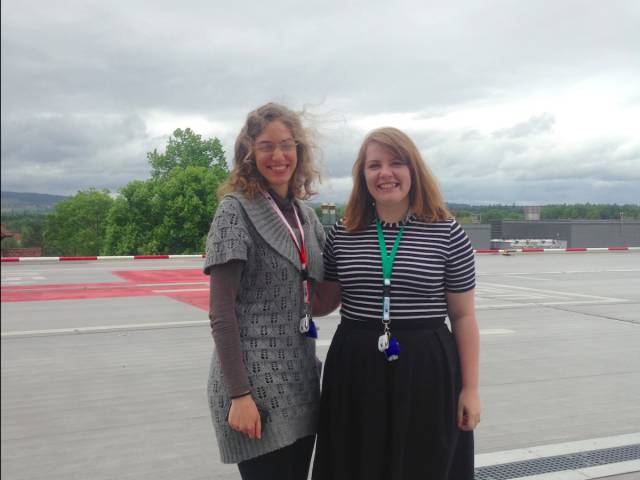 Staff facilities were incredibly different to those in a UK hospital. For example, there was an outdoor staff canteen area on the roof. 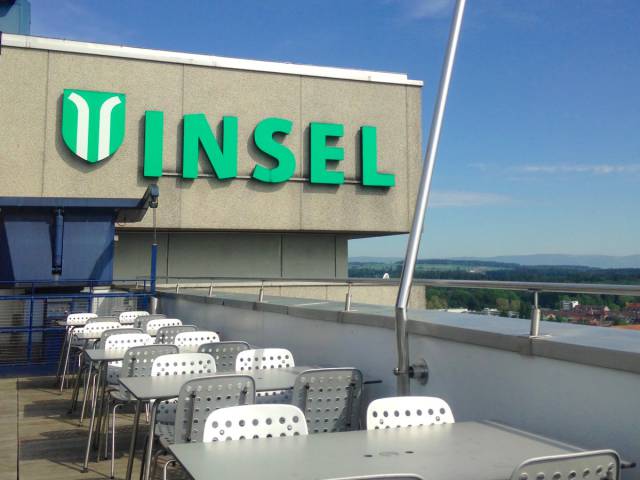 Freshly squeezed fruit juices were available to everyone. Griffiths said that the staff even gave her a tour of their kitchens and all the meals they prepare. "Having talking time when sitting down to lunch and eating one of the many delicious hospital meals (who'd have thought) was so much nicer than scoffing lunch quickly while hunched over my desk or rushing to a meeting," she said. 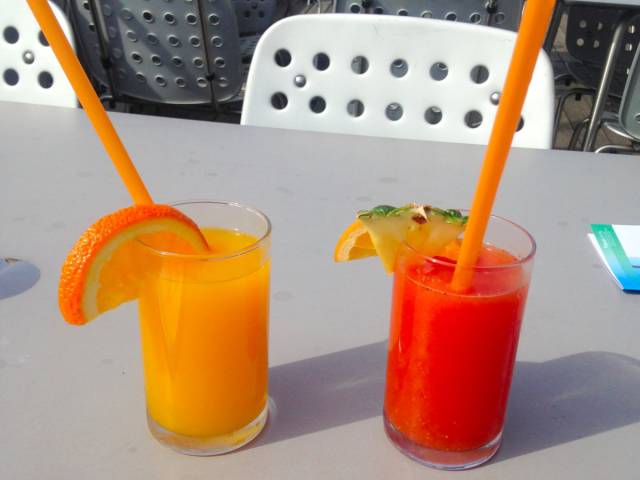 "Bern is more relaxed than the other cities of Switzerland and there seems to be a running joke that everything runs a bit slower there too." 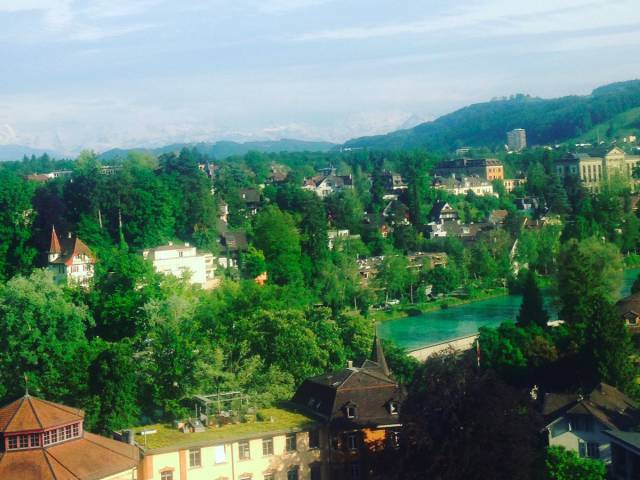 She said that overall "the atmosphere was relaxed and it was perfectly situated to visit other areas like Zurich, Luzern, Biel, Basil and the surrounding mountainous regions." 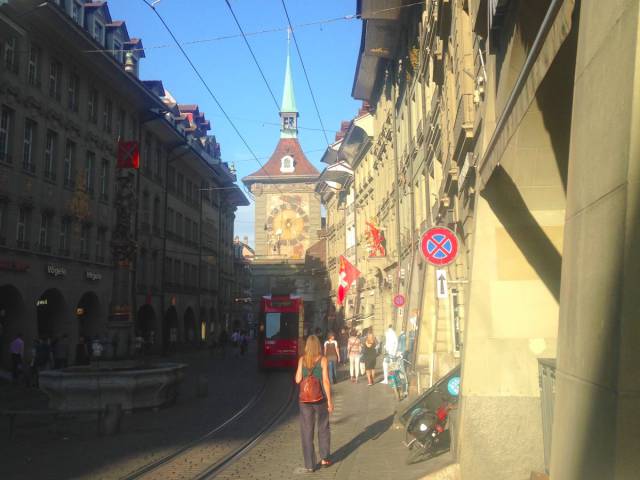 The nightlife was also a lot more upmarket and chilled out. 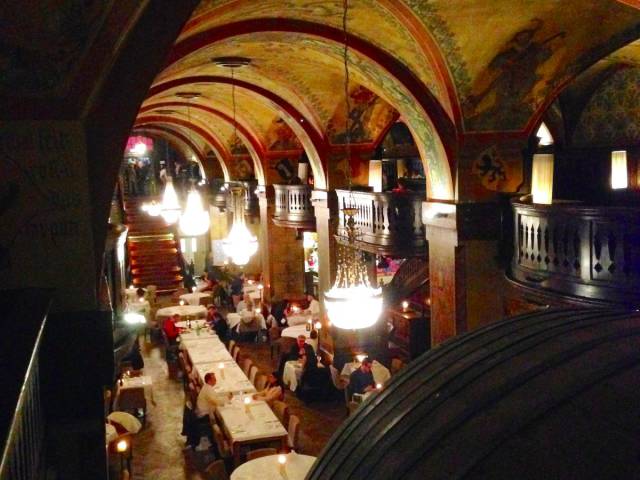 "My experience was that there is a big focus on nice dinners with good wine/beer," she said, as opposed to Britain's drinking culture. 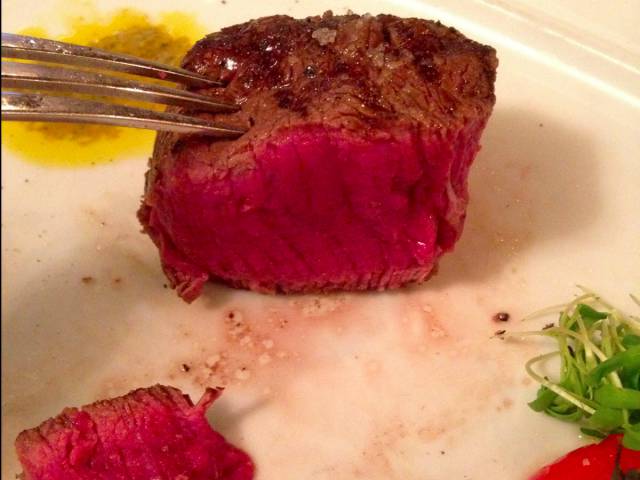 "The town was often quiet during the week, especially if the weather was bad ... 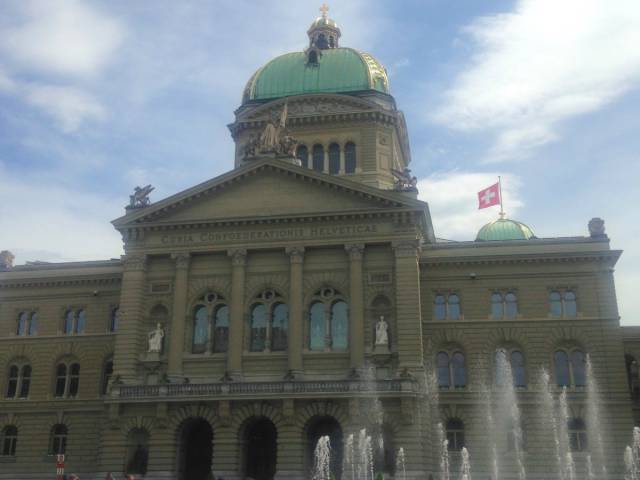 ... but Thursday's were busy due to late-night shopping and there seemed to be an r'n'b/hip-hop scene with lots of promoters and some awesome break dancing near the Bahnhof," said Griffiths. 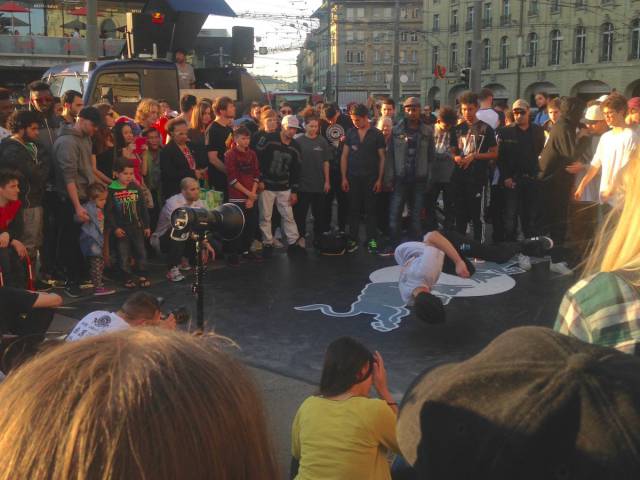 There is also a lot to see and do in terms of culture in Bern. For example, there is the Einstein Museum ... 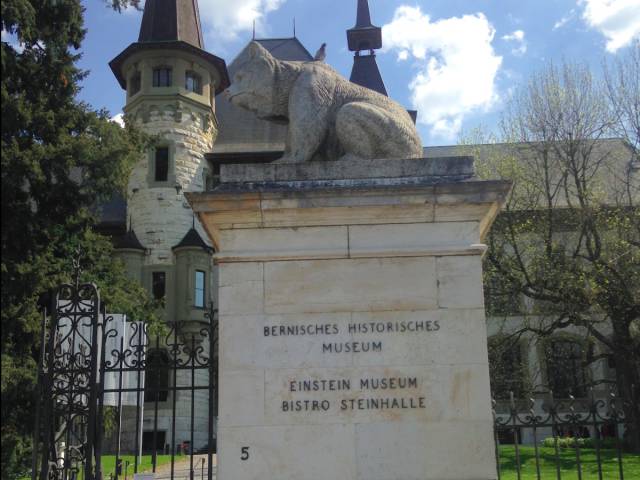 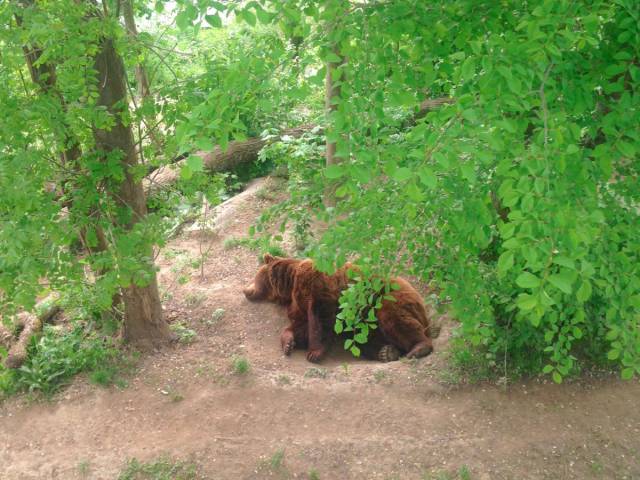 The food is also meant to be pretty spectacular. Griffiths recommended Steinhalle bistro for trendy, tasty lunches next to Einstein museum and Beaulieu restaurant for a great Rösti — a traditional Swiss potato dish. 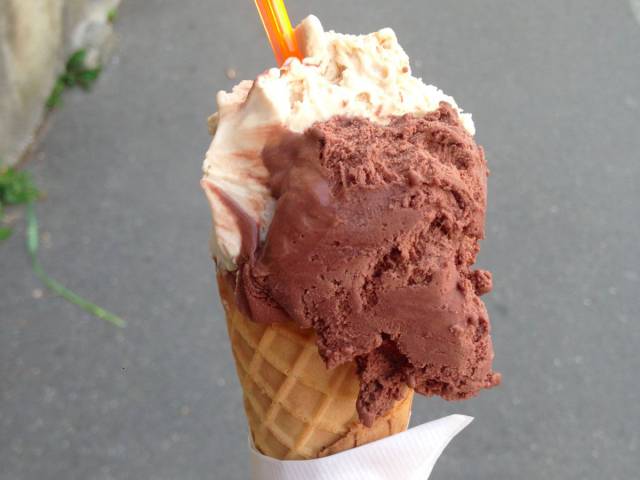 There are only five downsides to Bern, Griffiths said. The first was how expensive everything was compared to London. (But this shouldn't be a problem of course if you are on a Swiss salary, which is higher than the UK). 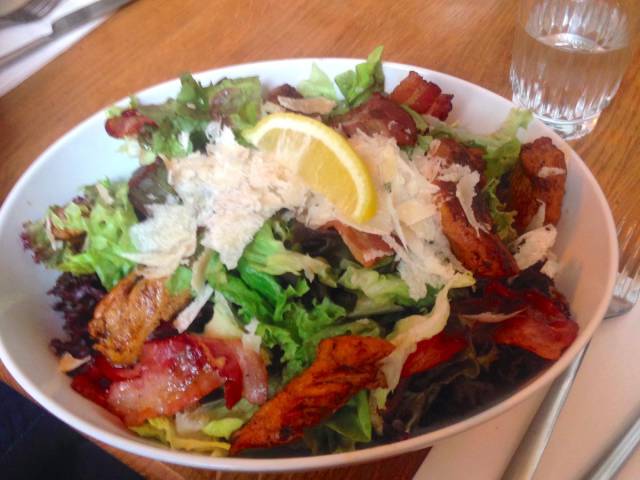 Secondly, "if you don't want to get woken up at 5 a.m., do not stay near a church. The bells literally ring every 15 minutes, and it takes a while to adjust," she said. 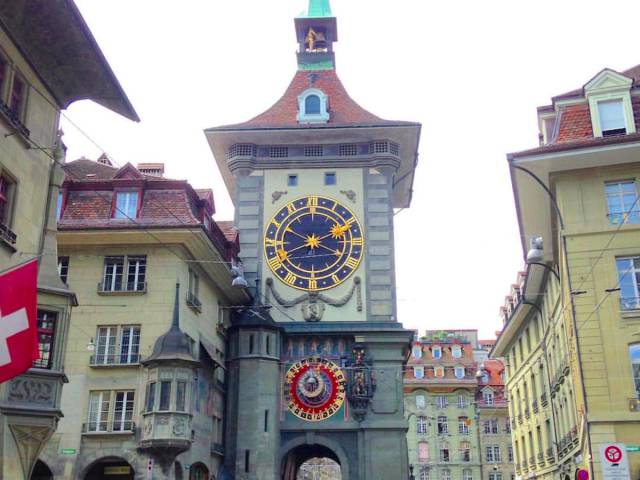 Thirdly, she said she missed having an Indian curry — a staple dinner dish in Britain. "Although I did manage to find a half decent Indian restaurant near the end, I missed making curries at home as the ingredients were so expensive to buy," she said. For example, these usually retail for £1 in Britain but in Switzerland, a jar was being sold for the equivalent of £3.50. 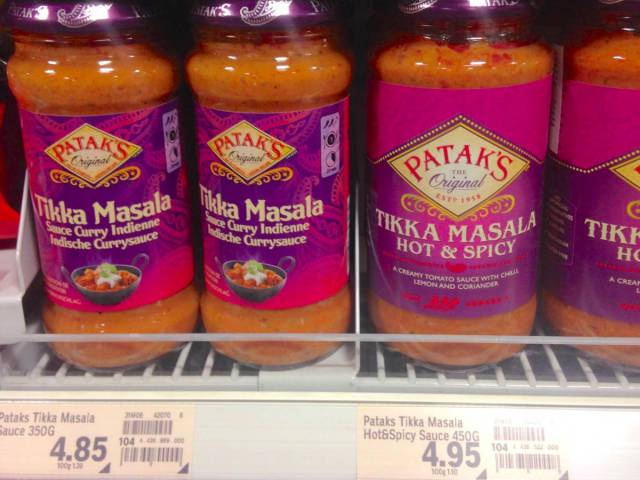 She said she also missed smoke-free train stations, as "the platforms were unpleasant." 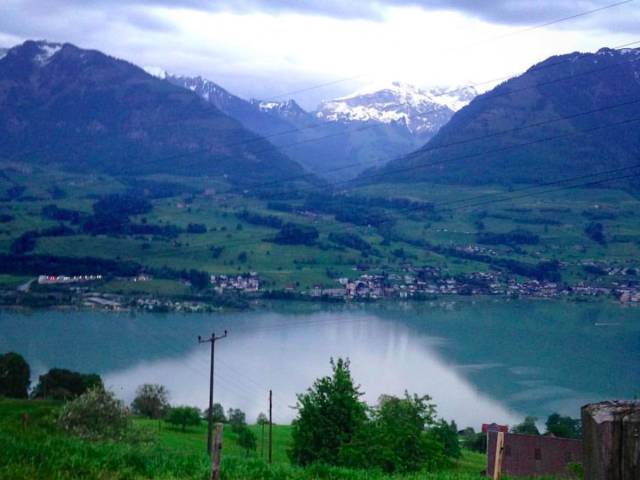 And lastly, this "creepy, yet hilarious" statue of a man eating babies near the landmark Zytglogge tower in Bern. 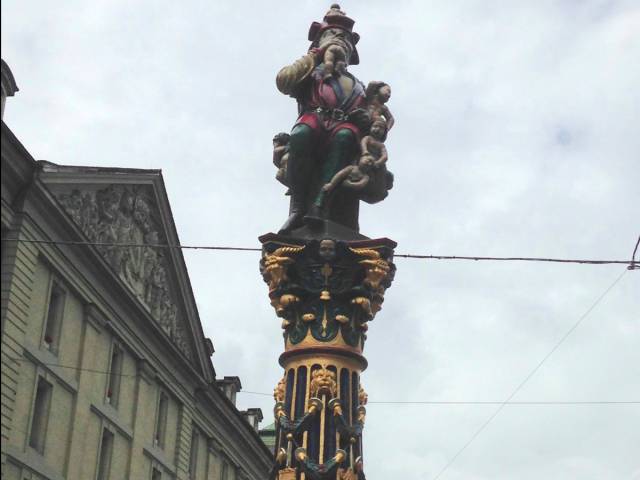