The Guardian Of Todai-ji In Nara 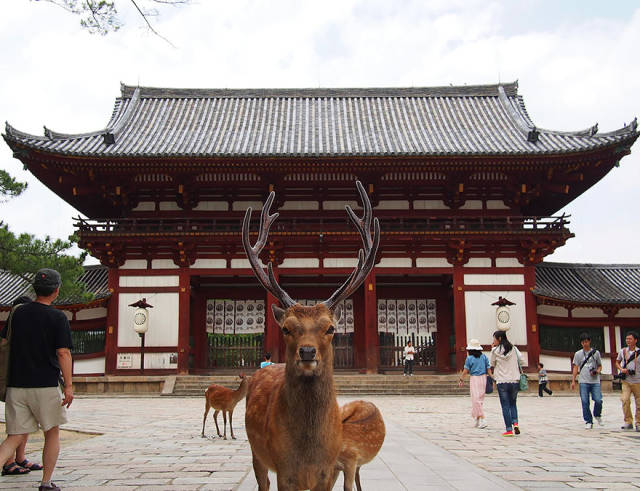 Todaiji means the Great Eastern Temple and it's one of Japan's most well-known and historically important temples. In fact, Todaiji's main hall, the Daibutsuden (Big Buddha Hall), is actually the world's largest wooden building! The temple is a major landmark in Nara, a city located in south-central Honshu that's famous for its abundance of wild deer that patrol the streets and parks at their leisure. You can feed them with deer crackers that you can buy all over Nara, but be warned: once the deer know you have food, expect to be followed around the park until all of it is gone!