“This broke my heart,” Josh Marshall said. “I told him if people wanted to stare, they could stare at both of us.”

Josh later went on to add on his Facebook page, “Wow I never imagined this picture would blow up like it did.” 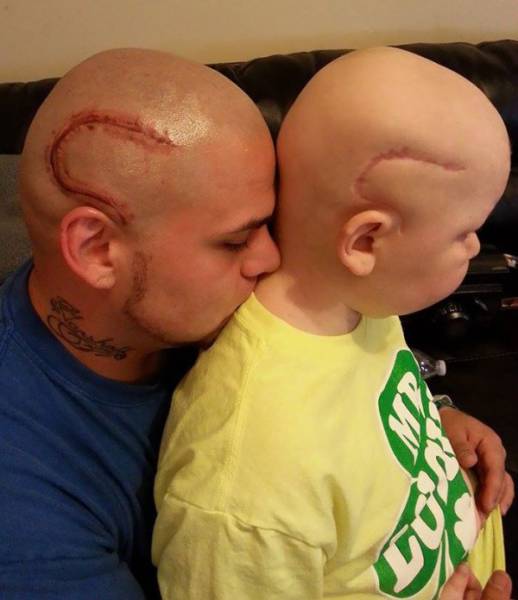