Sausage and peppers and lager

The caramel notes pair well with the sausage but the beer’s still clean enough to let the veggies shine. 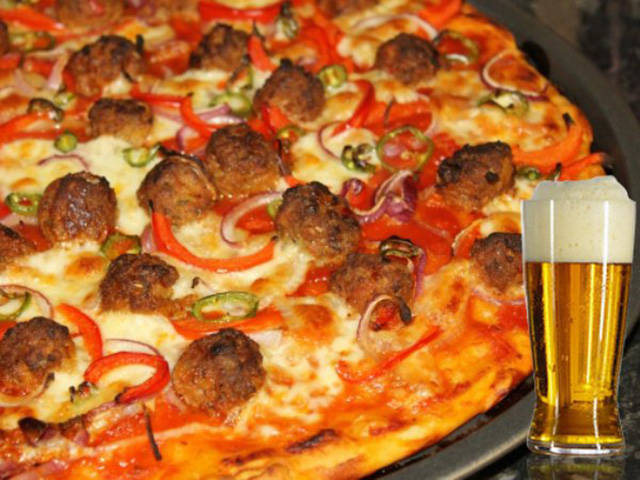 The spicy notes of the pepperoni go nicely with a malty beer, especially one with a light caramel sweetness. 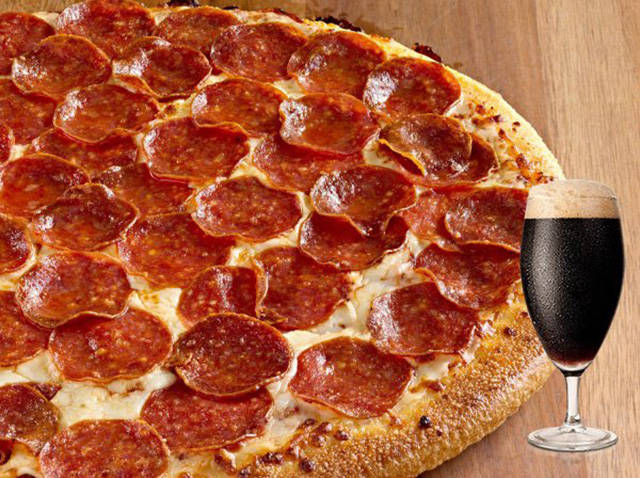 The clean crisp flavor will give a nice floral hop finish. 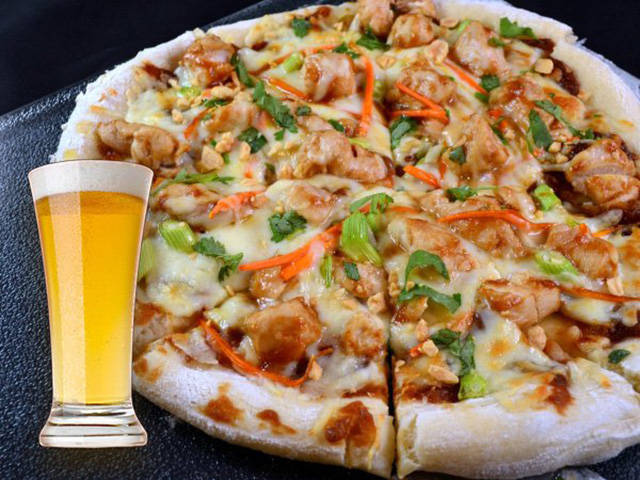 The super tart acidity and heavy lemon accents of the beer put a nice finish on the seafood. 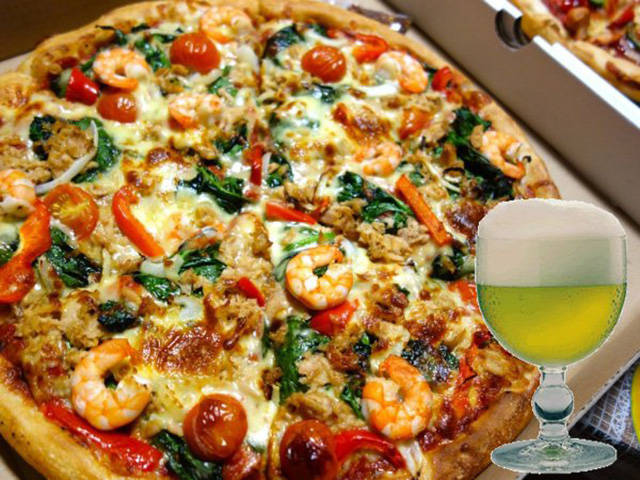 The toasty malts and mild hop notes blend well with the spiciness of the chicken and BBQ sauce. 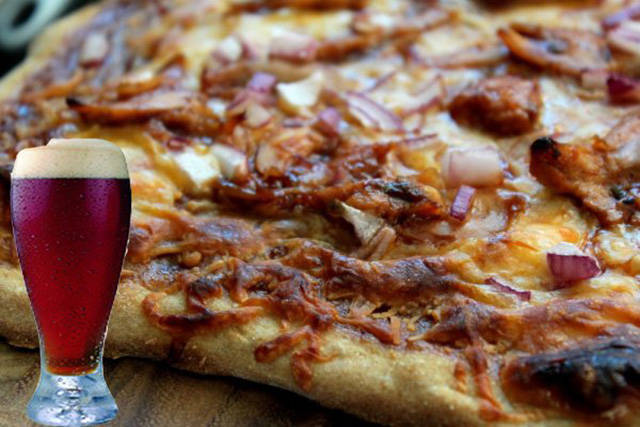 The various meats get a more authentic smoky backbone with the dark smoked beer. 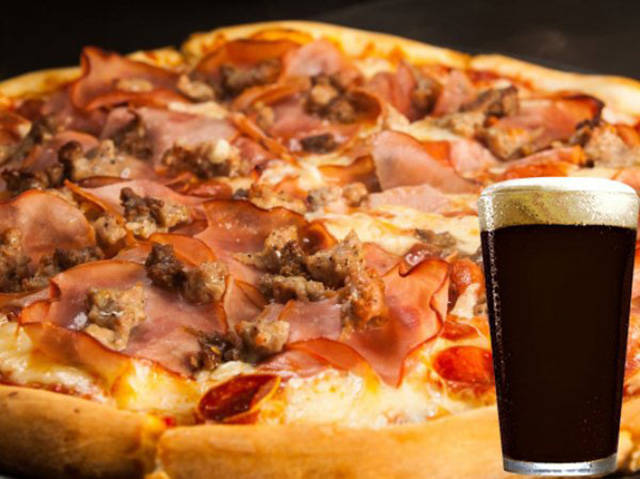 Everything pizza and maibock

It’s clean and low on hops, but it’s also got its own strength to stand up next to all the toppings. 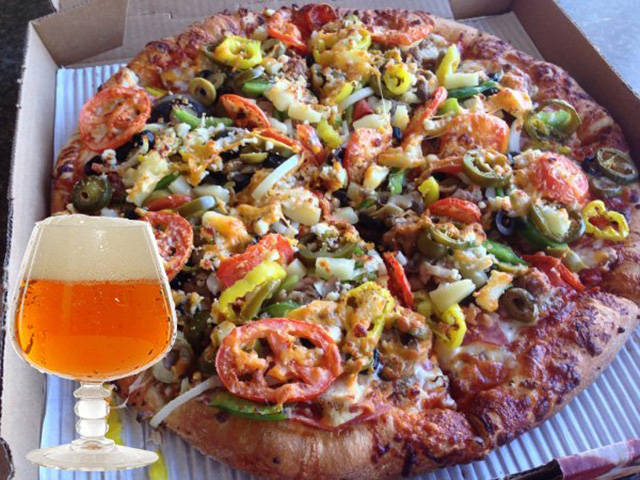 The crisp, clean flavors call for an unfiltered lager to complement the charred crust and let its sweet sauce stand out. 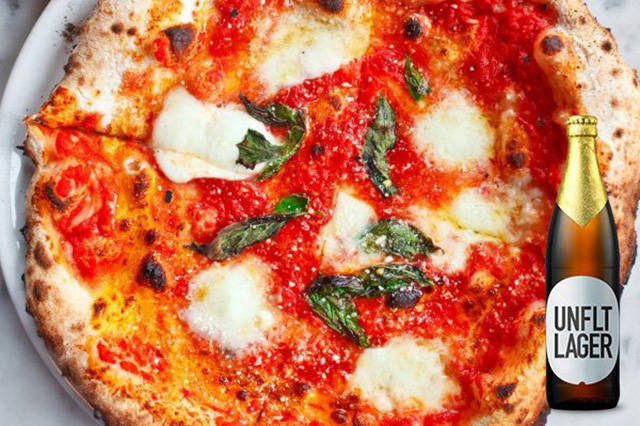 This kind of beer plays well with the delicate veggies. 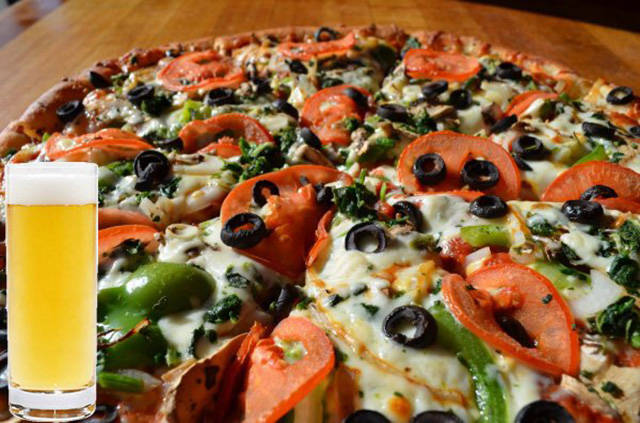 The high carbonation will cut through the extra creaminess. 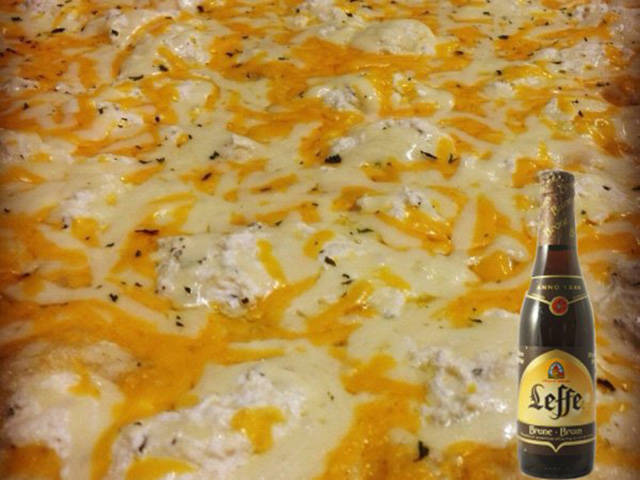 Something refreshing is needed after the intense bites of the anchovies. The citrusy pale ale is the perfect touch. 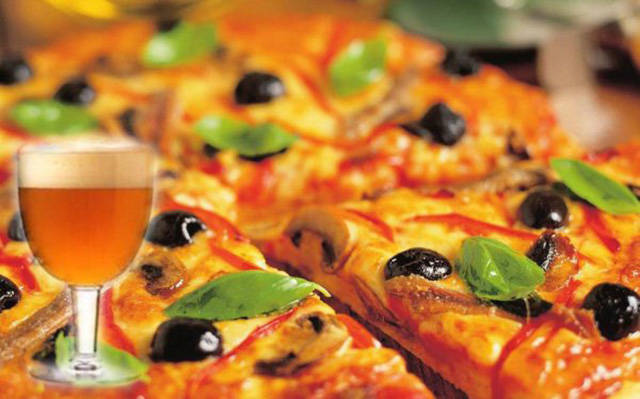 It’s got citrus and a spicy kick, but it’s still light enough for the bacon cheeseburger pizza. 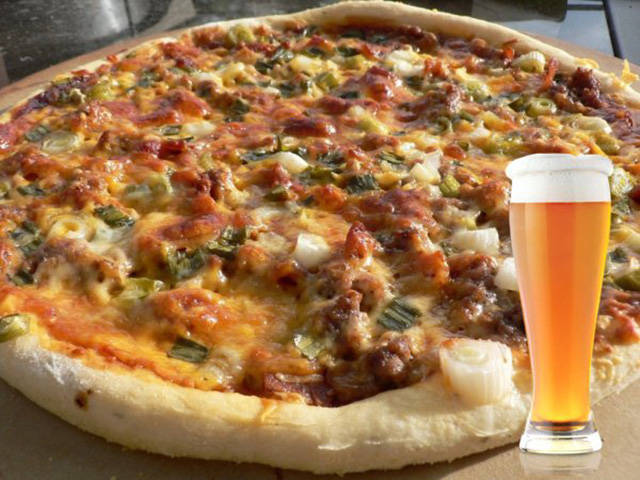 The dense apricot aromatics will cut through the chicken and the dry finish of the basil and pesto. 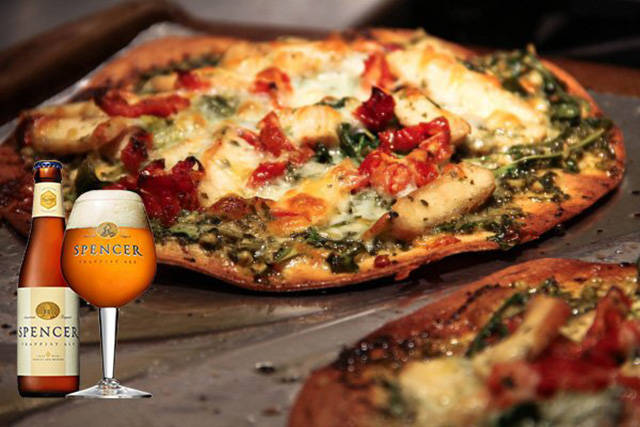 American pale ales have just enough bitterness to cut through the cheese. 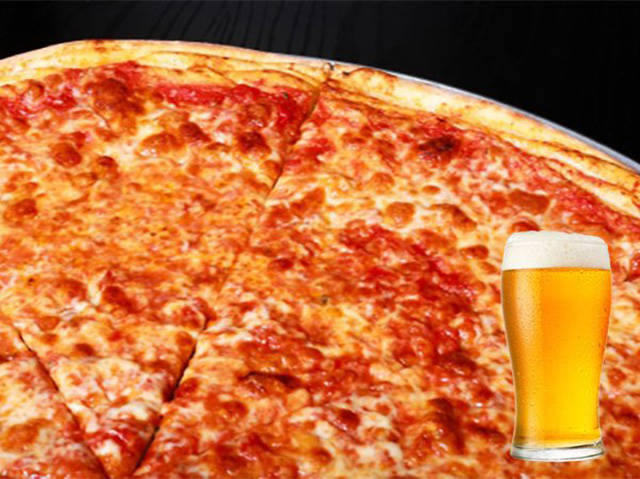 The meaty and earthy flavors of the mushroom needs the earthy hop profiles as well as the sweetness to brighten up the taste. 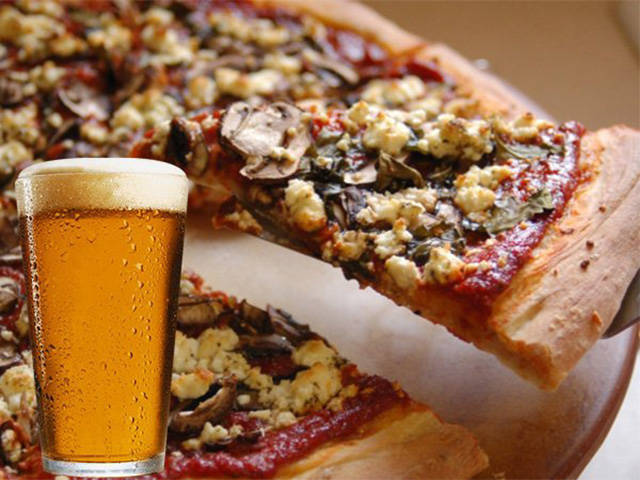 Pair this pizza with the golden blonde ale for a hint of local honey, bready malts and citrus hop flavors. 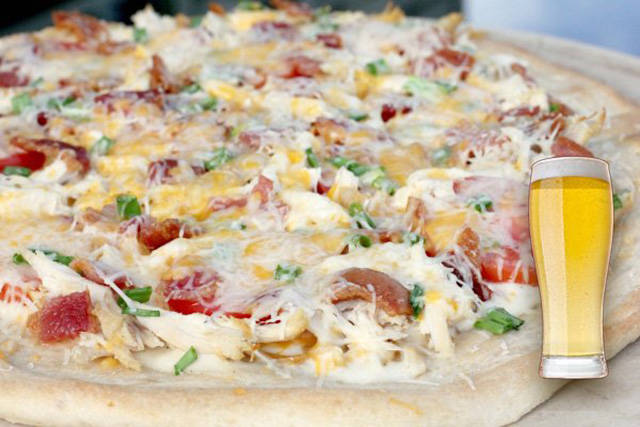 The juicy fruit nose and dry hopping will cleanse your palate while also drying the chicken, portabello and spinach. 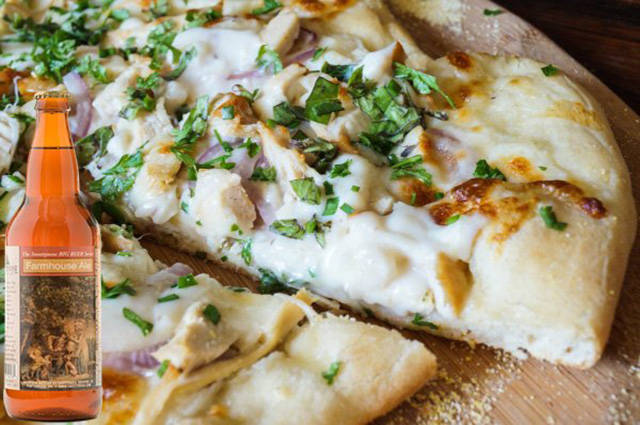 The hops will elevate the pepperoni and green peppers and the malt will stand up to the sauce and cheese. 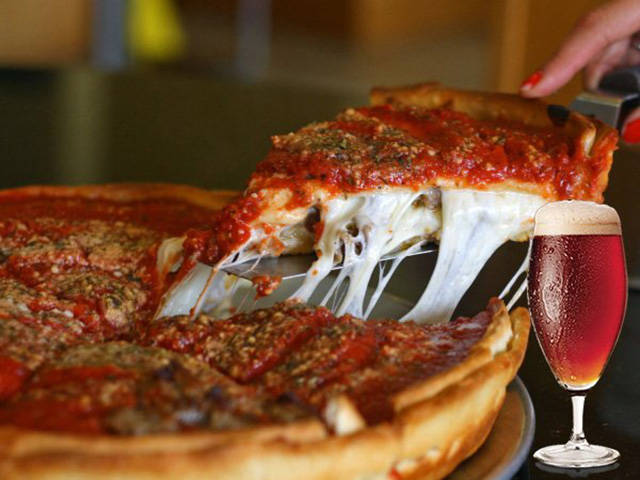 A light bodied golden ale with its citrus hop accentuates the Canadian bacon and pineapple. 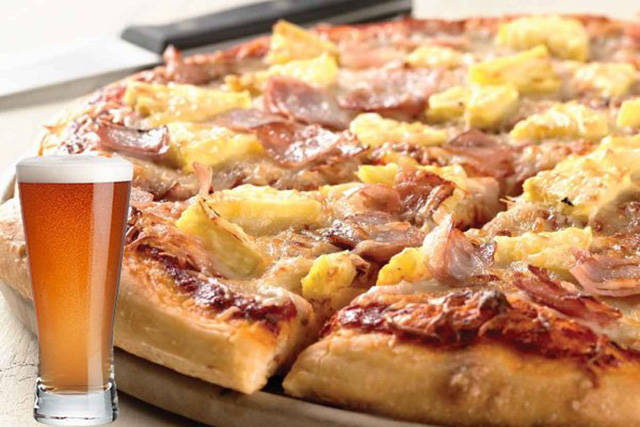 The mild fruit blend pairs well with the buffalo sauce. 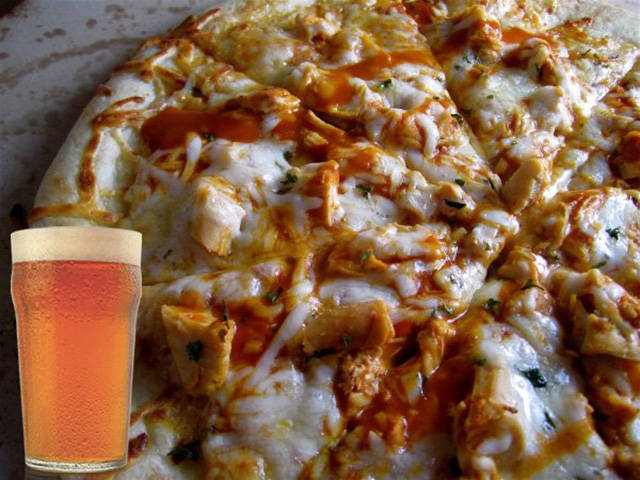 fu2america 4 year s ago
U have no idea what the pizza look like.. thats why are u so fucking fat !
Reply