Cape Town is a city like no other. "It's incredibly beautiful," Miller says, "and is the quintessential South African blend of first and third world." 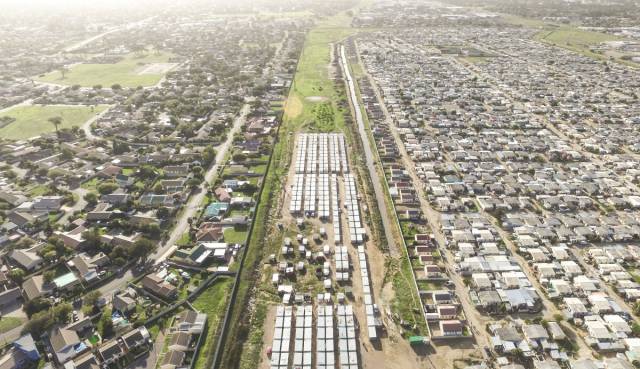 Black people, sometimes referred to as "colored," have been disenfranchised in the country for hundreds of years. Starting in 1948, apartheid protected racism under the law. 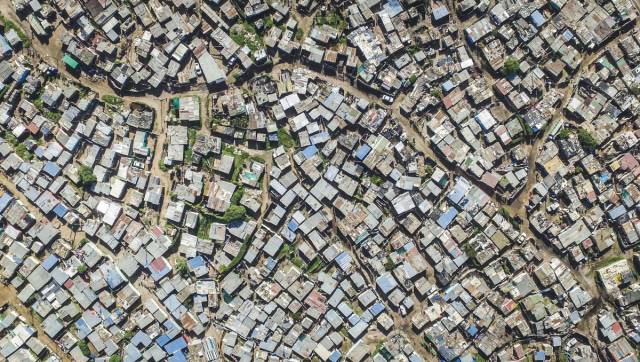 In the years following, black people were forcibly removed from their homes in rural areas and dropped into slums. The new developments were spaced apart to prevent black people from unifying under one nationalist organization. 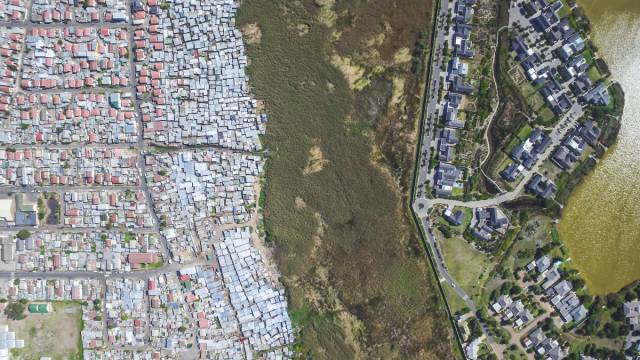 Apartheid is no longer lawful, but many black residents still live in tin shacks, confined to sandy, arid areas far outside the city. 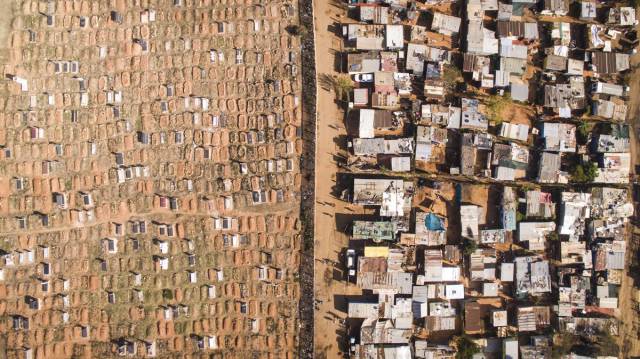 The wealthy, white people claimed leafy neighborhoods on the Atlantic seaboard and near Table Mountain, closer to the downtown area and its resources. 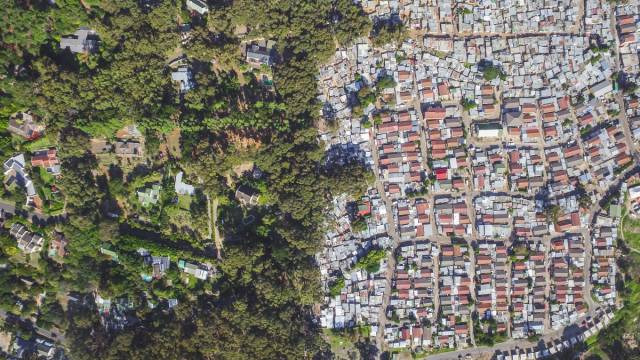 "Interestingly, sometimes you have very poor communities that, for one reason or another, exist right in the middle of very wealthy neighborhoods," Miller says. 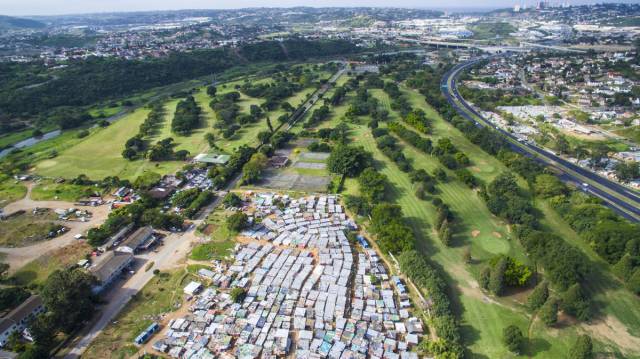 Miller wanted to document these areas. He used a website that turns census data into an interactive map, sorting residents by race, income, and language spoken. 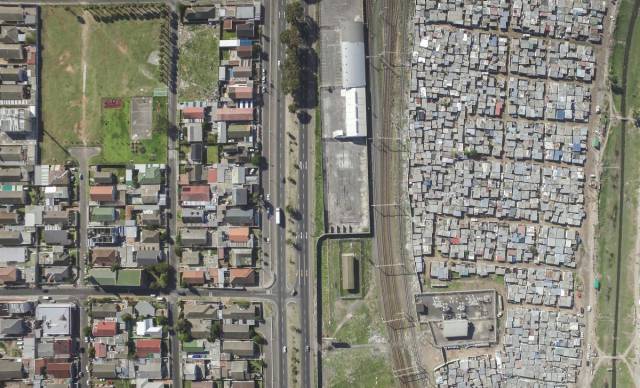 Google Maps helped him identify safe zones where he could launch and land the DJI Inspire One drone. In South Africa, it's legal to fly a drone if it's not for commercial use. 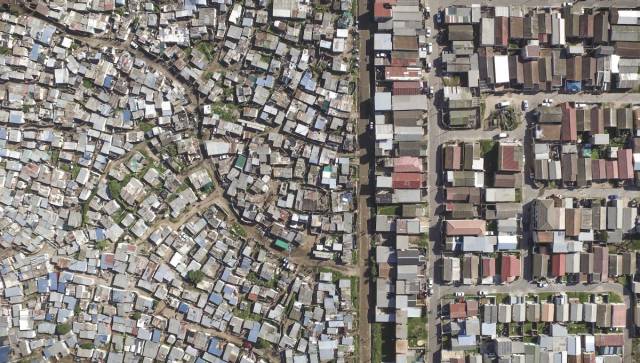 The results are incredible. "I knew that the divisions were extreme," Miller says, "but I didn't realize how extreme they were until I flew overhead." 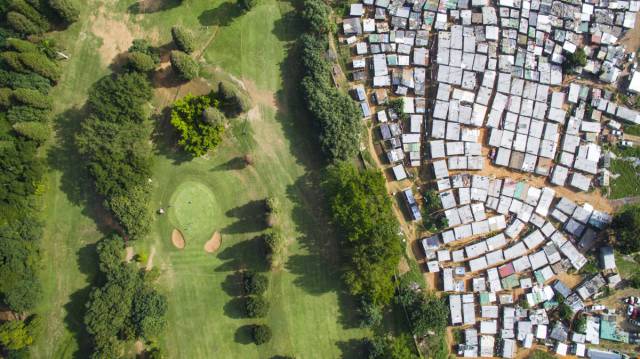 His photos have been seen by hundreds of thousands of people around the world, prompting a wide range of reactions, including some bigoted commentary. 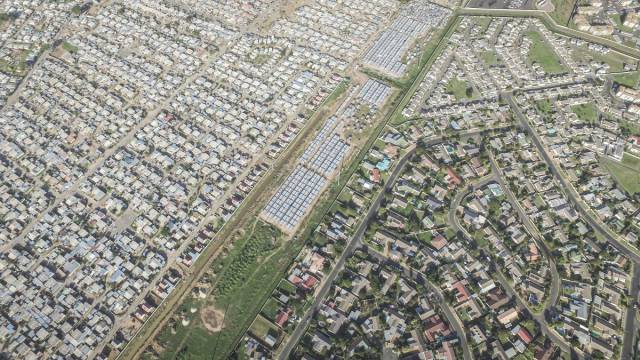 "People are fearful of the unknown, of someone with a different language, a different color, a different culture," Miller says. "And that fear is understandable based on history and circumstance, but it's also got to change." 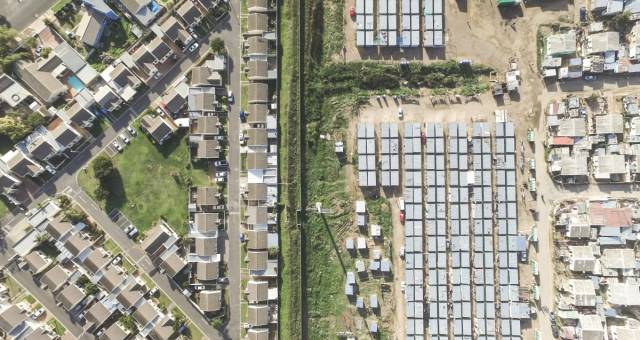