This is Sawyer from Langley, BC who has Down syndrome. Last week his mother found out that he was the only one who wasn’t invited to a birthday party while all other kids from his class were. So, Sawyer’s mom decided to clear the air and wrote a post on Facebook addressing not only the mother in question but all mothers advocating for those that have differences from others. 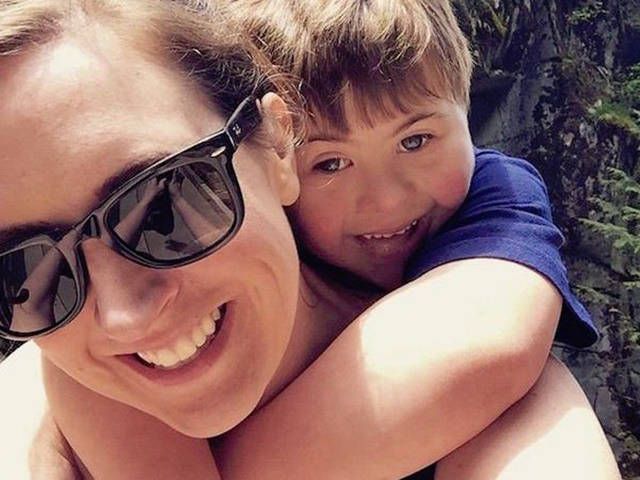 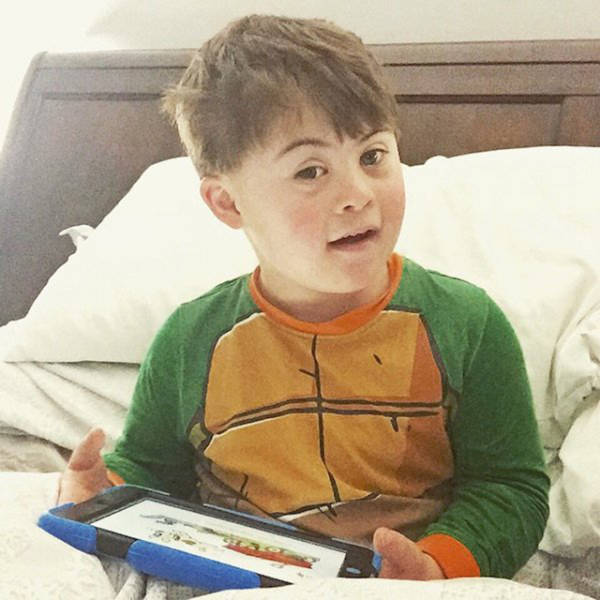 I think this is a very well put together letter; no blaming or anger, a willingness to reach out, mom to mom, to try to set a good example for those that follow us.

What’s remarkable is that he’s being completely honest. She’s not one of those tiger moms that demands that her child be included in everything; she admits that sometimes, kids just want a few friends there. But to be the only kid not invited to a party for a child that she knows Sawyer gets along with, it’s a hard bit to swallow.

Frankly, Sawyer is just a normal kid, and likes the same things other kids do. He’d fit right in.

She admits that she was like other moms, uncertain about Down’s, and just asking questions and seeing what Sawyer is like, for herself, would go a long way.

It’s also a great teaching moment, both for other kids and for Sawyer, about inclusiveness and acceptance, while Sawyer, as confused as he is about the omission, can accept that he won’t always be a part of everything. 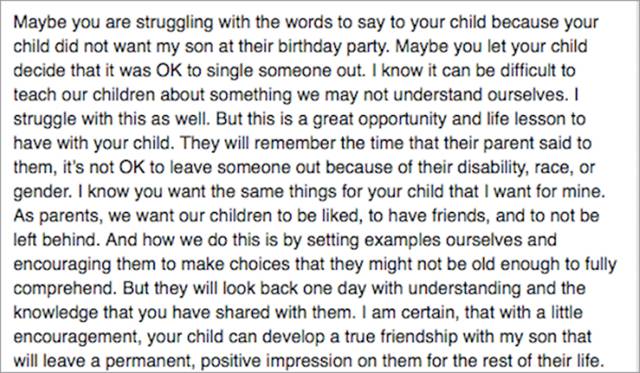 Most of all, Jennifer realizes how she failed Sawyer by not addressing the class at the beginning of the semester to introduce them to Sawyer and talk about what makes him unique.

The point of the letter was not to shame or bully another mom into letting Sawyer come, but to bring to light prejudices that we may not know we have and to set a better example for our kids. 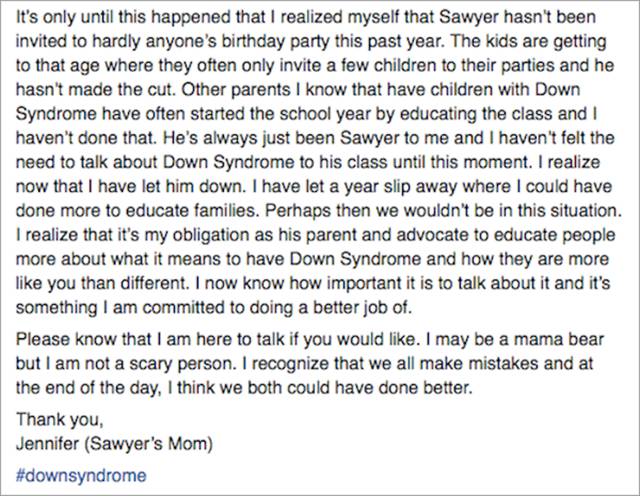 Lucky for Sawyer, there’s a happy ending to the story.

He got a special invite. 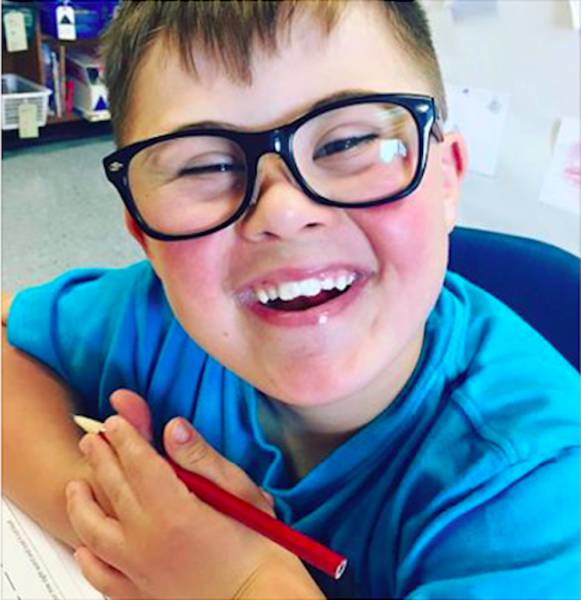 So far there’s been an outpouring of support on Facebook for both Sawyer and Jennifer. The fact is, we’re all human beings and everyone deserves to get invited to a party. 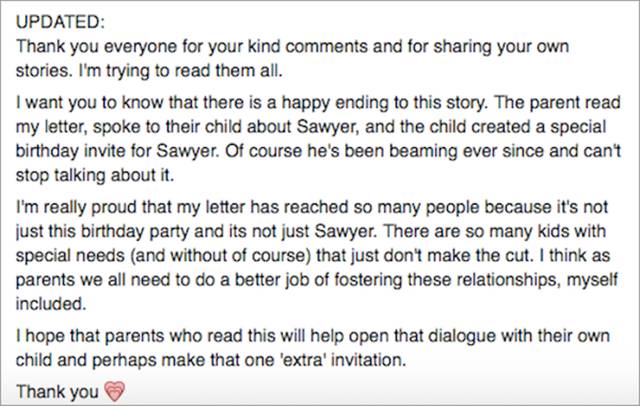