Joaquin "El Chapo" Guzmán was a notorious drug baron from Mexico. His hideout was situated on the corner of Río Quelite and Jiquilpan Boulevard in Los Mochis, Mexico. The operation called "Black Swan" conducted there allowed to recapture El Chapo. Let’s take a look inside his secret lair.

The unknown buyer instructed workers to plant large olive trees around the home. 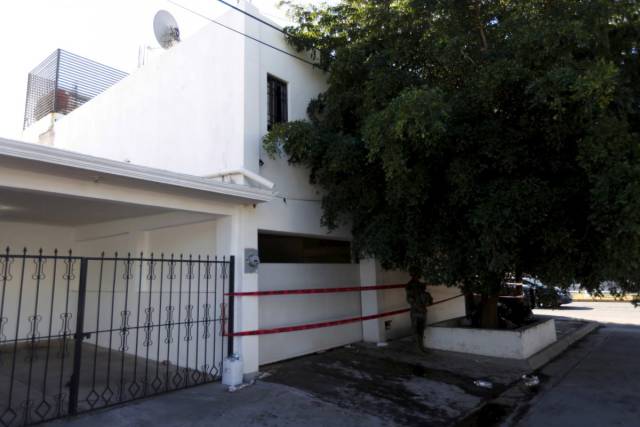 Here's a view of the living room and kitchen after operation "Black Swan." 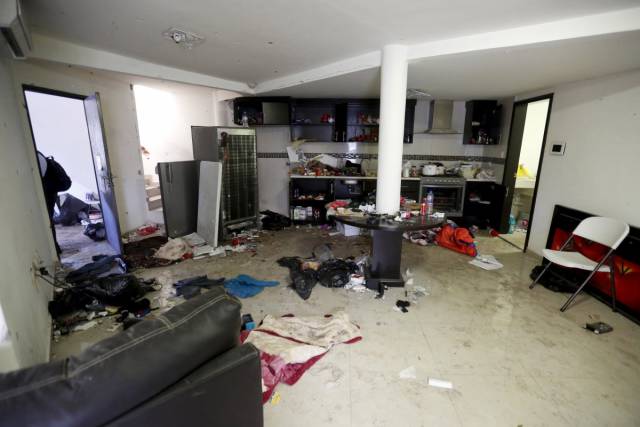 Here's a close-up of the modern kitchen. The home underwent renovations a year after it was bought. 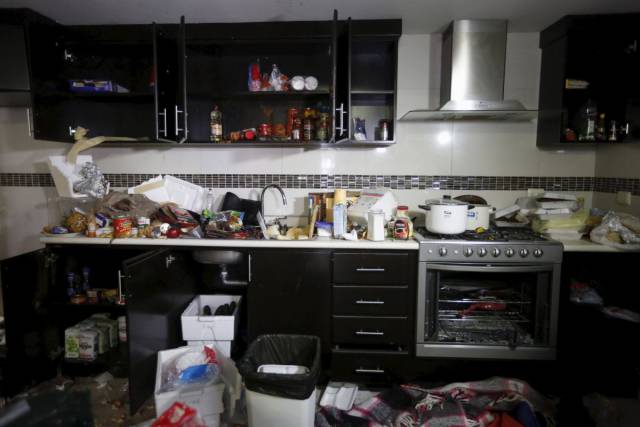 In this picture, the contents of a bullet-ridden fridge have poured out onto the floor of Guzmán's safe house. 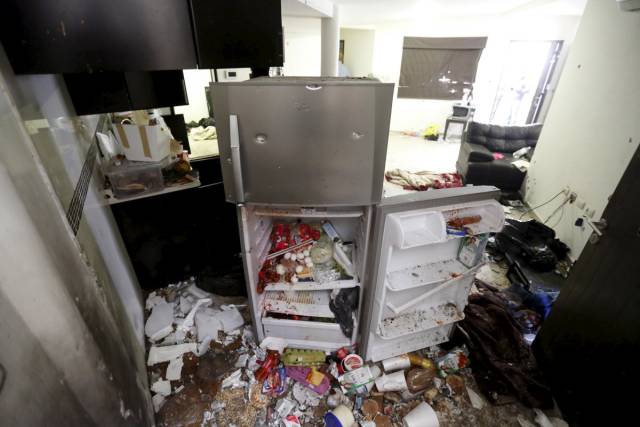 A journalist takes pictures of the scattered food items. 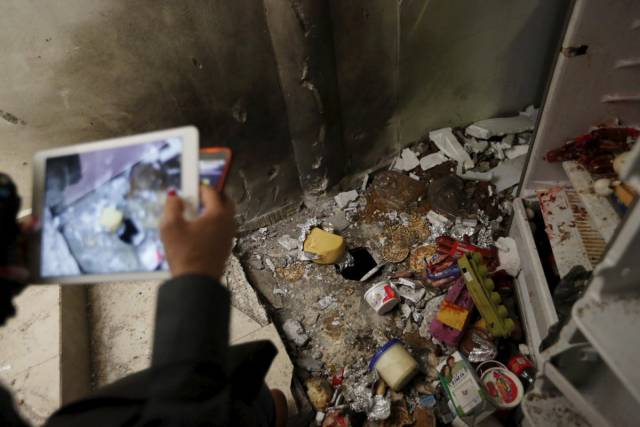 Bullet holes are seen across the living room walls. 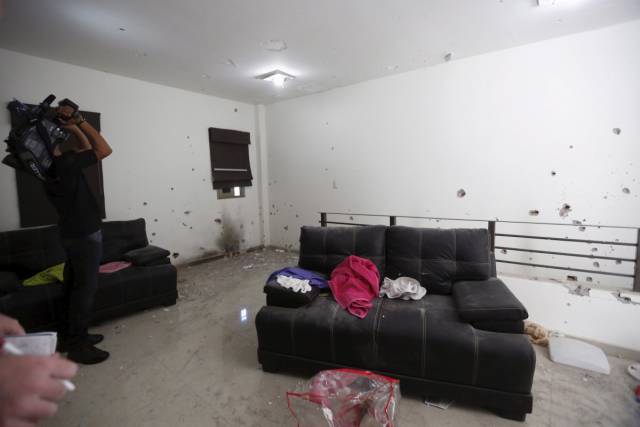 And here's a close-up of some of the bullet holes. 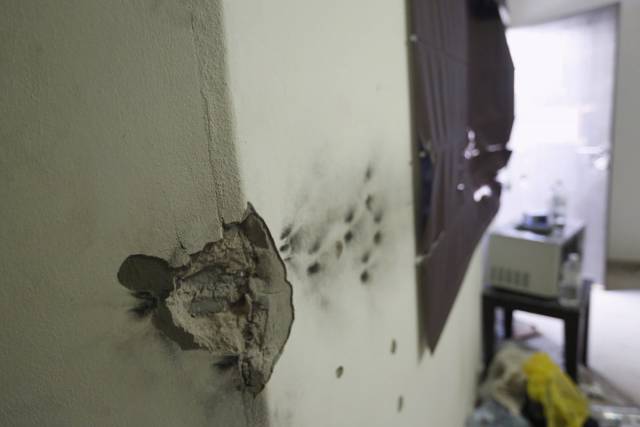 A journalist looks at belongings scattered across one of the hideout's bedrooms. 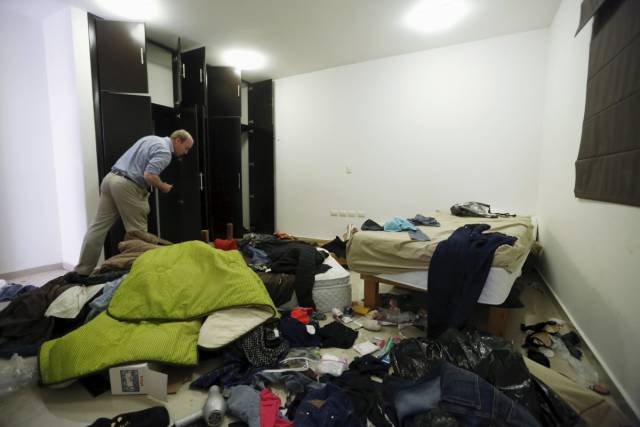 Nail polish, makeup, body lotion, a water bottle, and DVDs are seen on sheets of a bed inside the safe house. 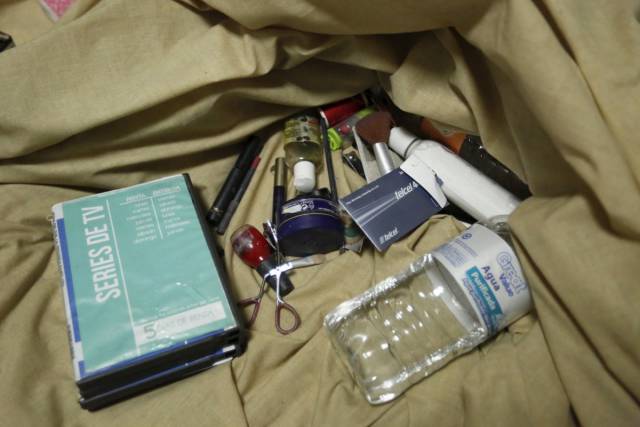 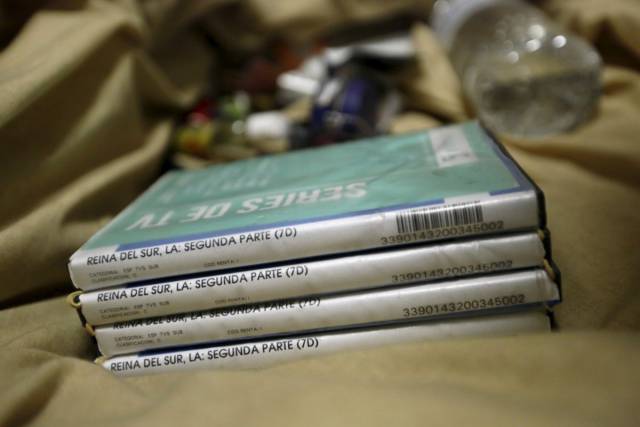 When Mexican marines zeroed in on Guzmán, he used a secret doorway behind this mirror to escape. 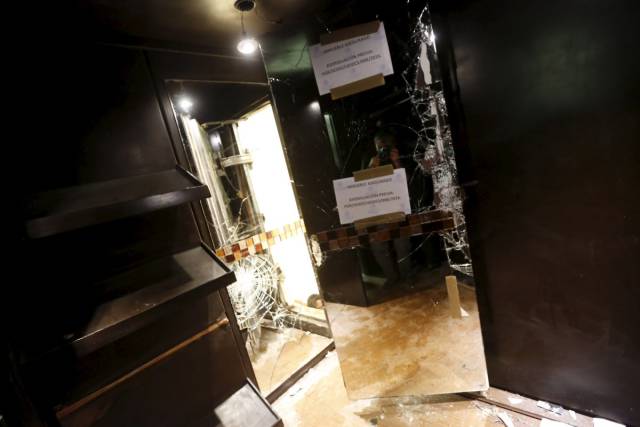 In this photo, a journalist slides behind the mirror into a secret passageway. 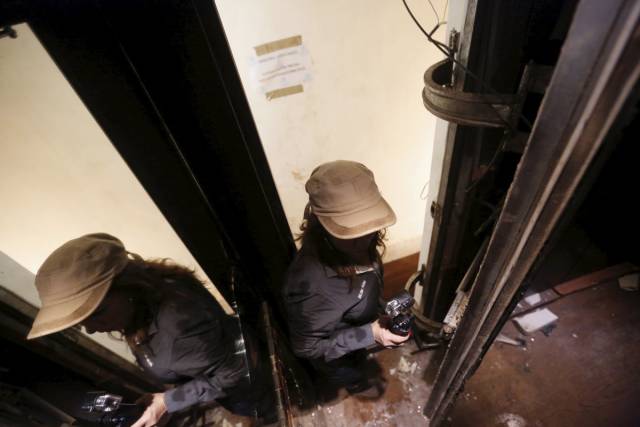 Once inside the hidden doorway, stairs descend into a sophisticated tunnel ... 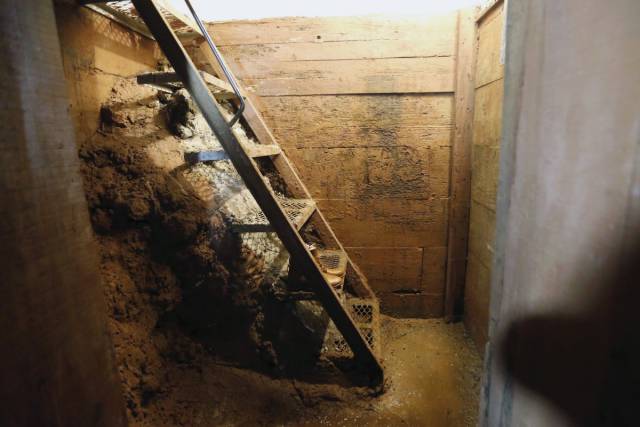 ... that leads into the city's drainage system. 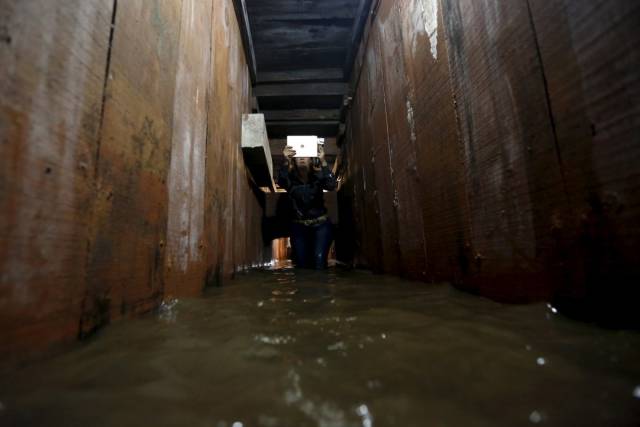 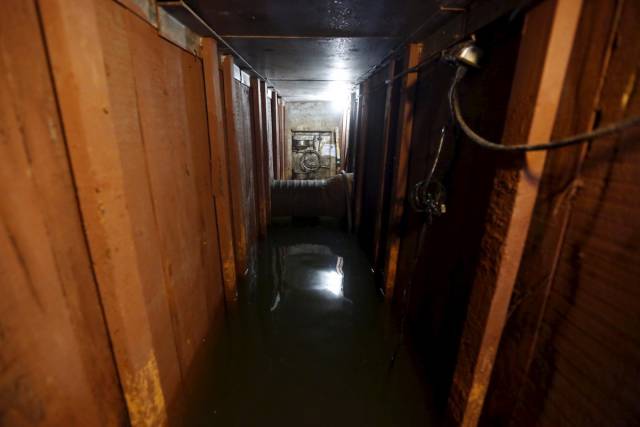 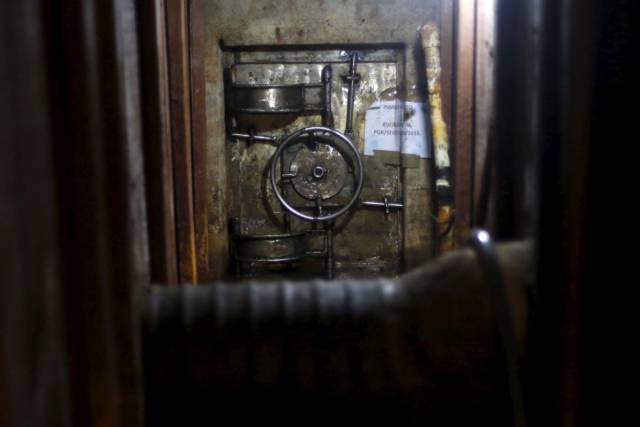 A weapon is found at the end of the tunnel. 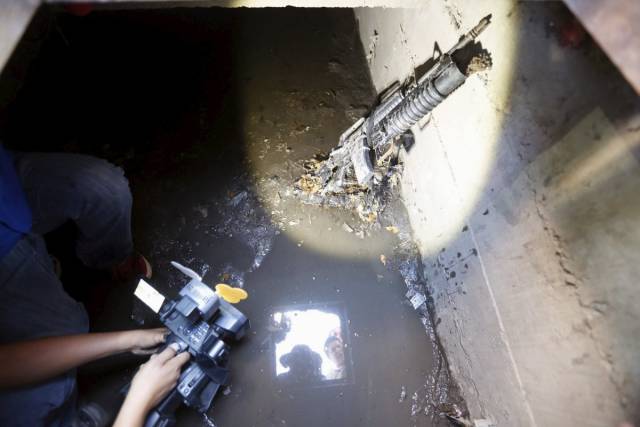 And here's the tunnel's exit onto the street outside. 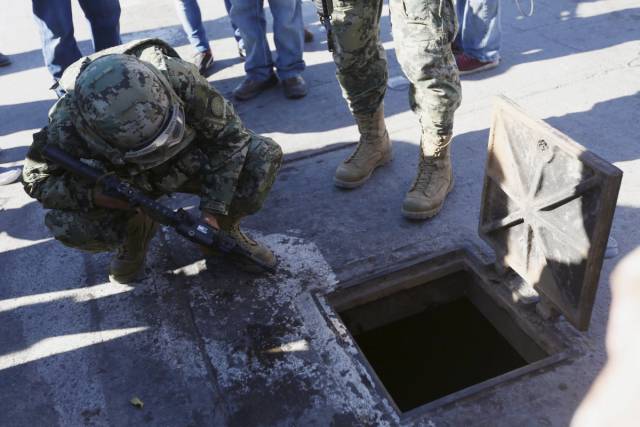