Wanna Know What The Future Will Look Like? Then Here Are the 25 Most High-Tech Cities In The World To Keep An Eye On (25 pics) 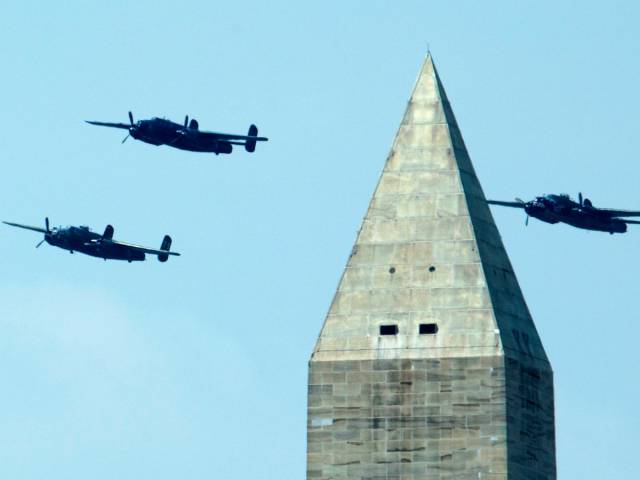 The US capital has been rapidly expanding its tech scene over the last decade, growing its overall number of tech-related jobs by 50%.

In addition, more than 1,000 startups call DC home. The proximity to the federal government mixed with the deep pockets of nearby venture-capital firms makes starting a world-changing company an appealing prospect in the city. 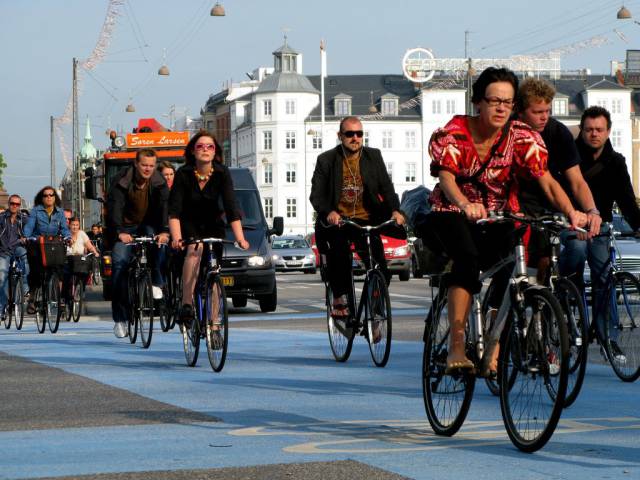 What Copenhagen lacks in startup culture and venture capital, it makes up for with innovative urban planning and a strong contingent of industrial designers — factors that 2thinknow praises as signs the city prioritizes smart manufacturing.

By 2025, the city plans to sever its dependence on fossil fuel, due in large part to harnessed wind energy. Its robust bike culture and fleet of architecture firms allow Copenhagen to be a city that's not just green, but beautiful. 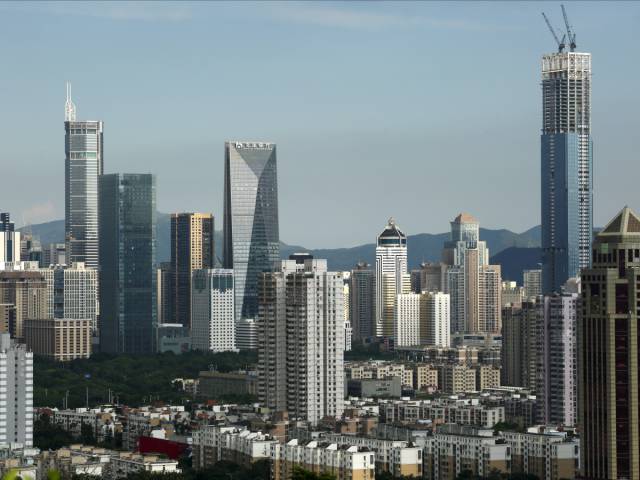 Patents are flying out of Shenzhen, a city in southern China that boasts a population of 11 million.

As part of the country's push toward manufacturing, Shenzhen has grown significantly over the last several years as a hub for factories and robotics. Multiple telecom and electronics giants have found a home base in the city. 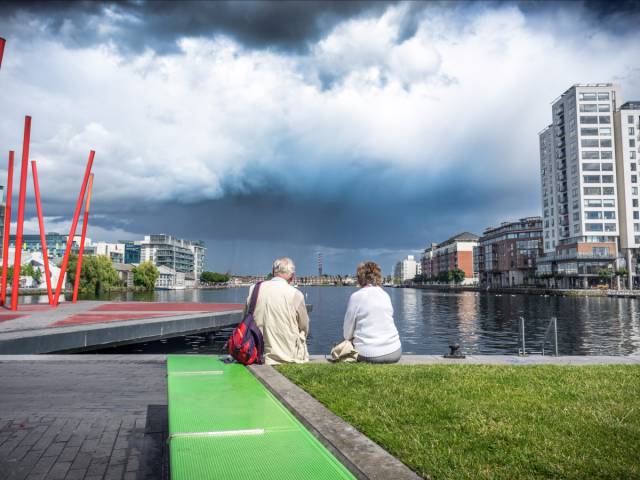 Ireland may conjure thoughts of rolling emerald hills, but the tech boom is alive and well in the capital city. Enterprise Ireland, for example, is the largest venture fund in Europe. Companies like Facebook, LinkedIn, Hubspot, and Dropbox have all set up shop in Dublin.

The city also has a great deal of infrastructure, including renovated high-tech office parks, and a thriving design culture. 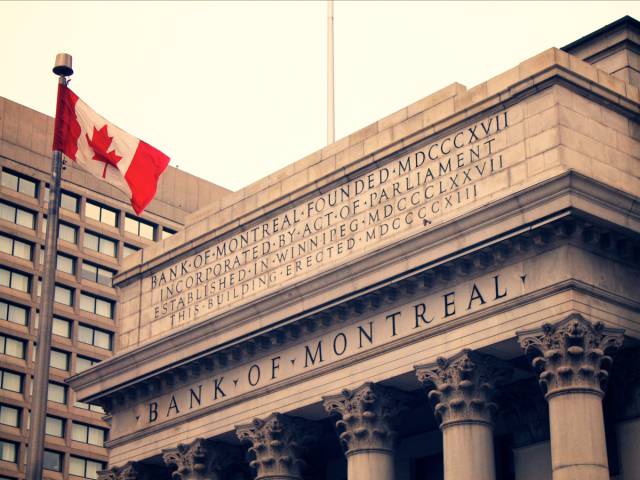 If you want to be an industrial designer or programmer, you should consider moving to Montreal. If you want to work in wearable technology (or virtual reality), even better.

Montreal is home to Vrvana, a VR headset manufacturer, and the companies Hexoskin and OMSignal, which both make clothes that measure wearers' biometric signals. The city also has a fairly strong startup culture. 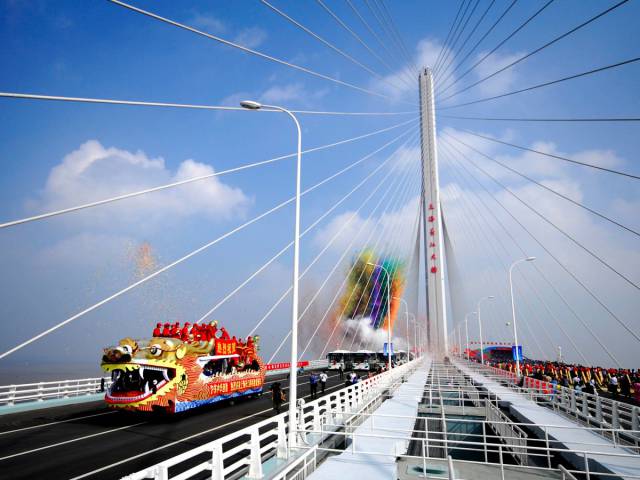 The closest Shanghai has to Silicon Valley is the Zhangjiang Hi-Tech Park. It houses more than 100,000 workers split between thousands of tech companies.

Like most of China's high-tech cities, Shanghai excels in patents and venture capital. That may be because manufacturing has become a top priority in China, and companies are eager to protect (and invest in) their intellectual property. 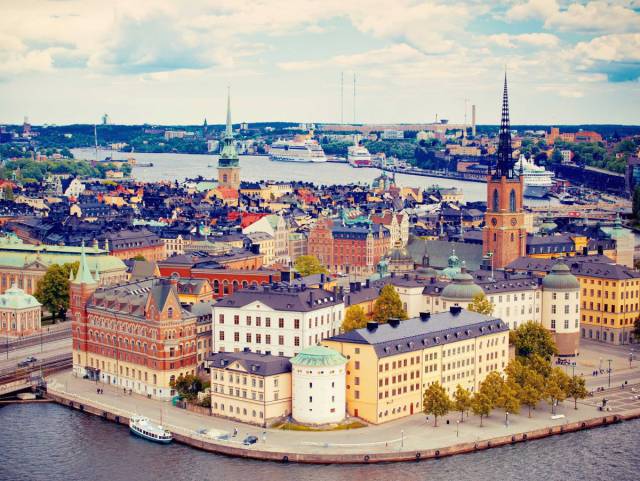 With missions to go cash-free and oil-free within the next five years, Stockholm is fully embracing the digital and environmental revolutions.

The city also has the most billion-dollar startups in Europe and the world's second-fastest-growing market for venture capital investments. It's no wonder that programmers are flocking to the Swedish capital. 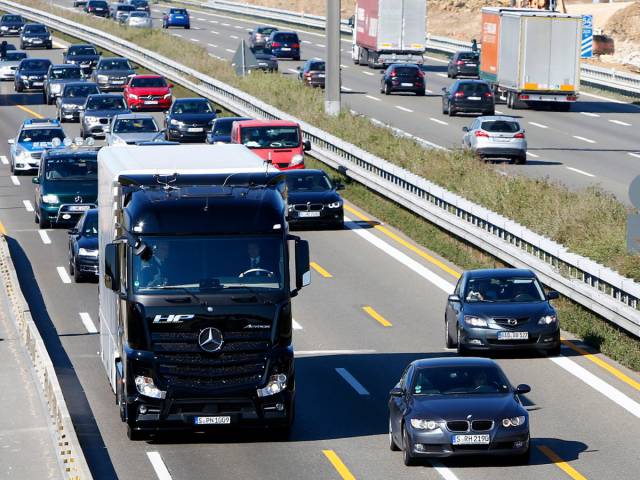 Though it's only the sixth-largest city in Germany, Stuttgart leads the country in exports, primarily from major manufacturers. Companies that have their global or German headquarters in Stuttgart include Porsche, Daimler, IBM, Bosch, and Hewlett-Packard.

What's more, 2thinknow's research finds the city files and grants the fifth most high-tech patents of any city it analyzed. It has a thriving IT and engineering scene. 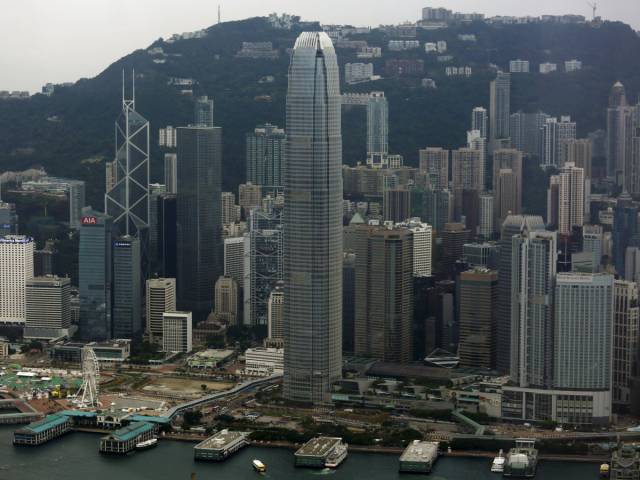 Rather than excel in one particular category, Hong Kong hits just about every box in terms of its advancement.

The city devotes enormous amount of money toward research and development and city-wide innovation, boasting some of the fastest Internet speeds in China. Its high-tech exports total $243 billion, or 51% of the total exported goods. 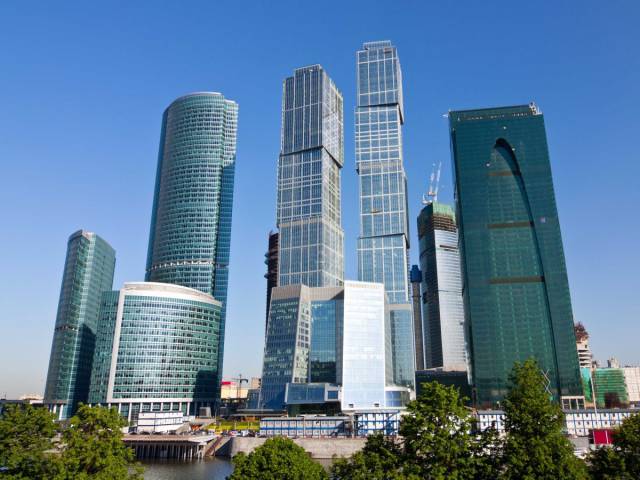 Investment reigns supreme in Russia's capital city. In 2015, the government set up the largest space investment fund in the country, Russian Venture Company — a $60 million program designed to accelerate aerospace startups and technologies.

2thinknow also finds the city scores highly in its urban planning innovation. Over the last five years, the city has seen major additions in public walkways and as well as a growing preference for bicycles over cars. 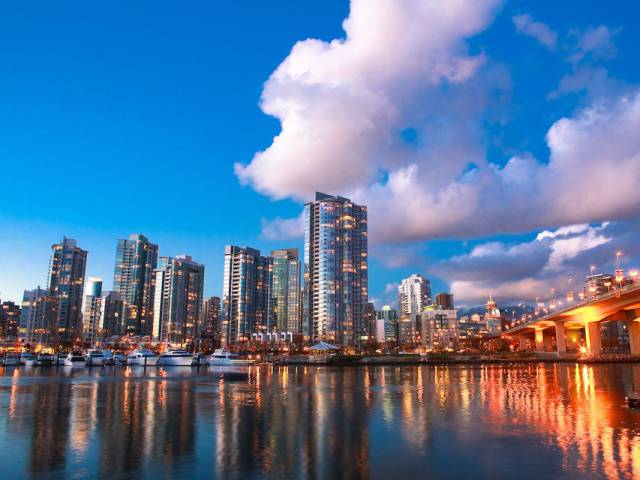 In 2014, the CBC called Vancouver "Silicon Valley North" in recognition of its strong start-up culture.

There are more than 600 digital media companies that generate more than $2 billion in revenue. Tech-focused universities and low corporate tax rates, meanwhile, make the city attractive for both up-and-coming engineers as well as established executives. 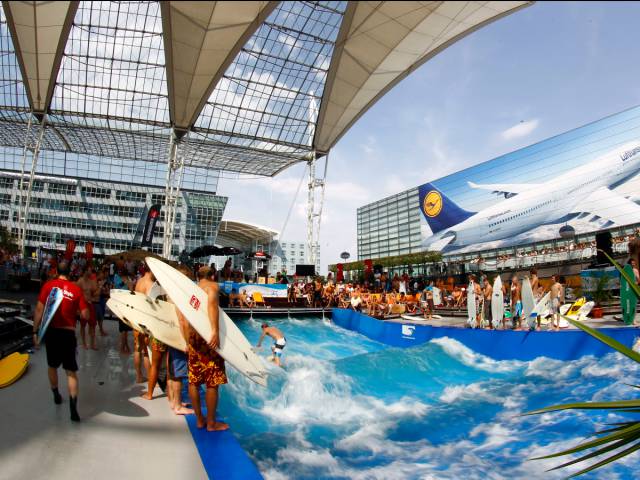 It's no accident that one of the world's largest telecommunications companies, Siemens, has made Munich its home. Over the last several years, the city has become a hub for American IT companies (in the neighborhood of 550) along biotech and environmental technology firms.

Munich has had Germany's highest share of technology patents by population for the last 20 years. 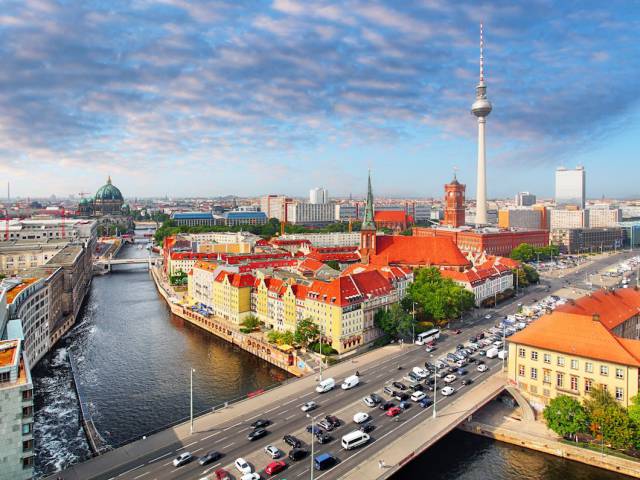 Not to be outdone, Germany's capital city boasts a strong start-up culture and has some of the highest rates of venture capital investment in Europe.

Berlin is also the locus for much of Europe's automobile industry. It is the only city in the world where all of the major automative brands are represented. 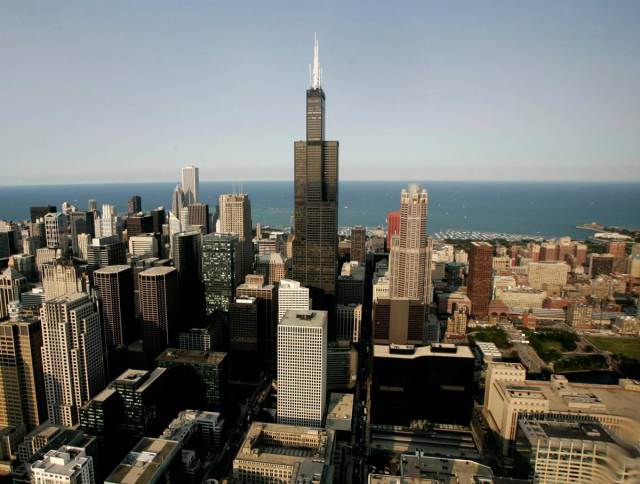 You might not think of the Midwest as a startup magnet, but Chicago is quickly proving that assumption false. A recent report found Illinois was among the top five in high-tech jobs in the US, with the Windy City making up a big chunk of those spots. 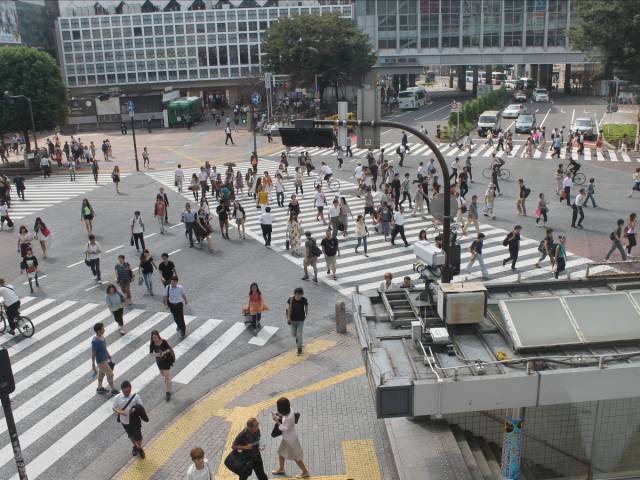 The largest city in the world doesn't achieve that feat without impressive levels of infrastructure — transportation in particular. Tokyo's subway system, for example, is used by 2.3 billion people every year.

Tokyo excels in venture capital investments, and is home to a dizzying number of tech giants, many of which are already preparing for the 2020 Olympic Games. 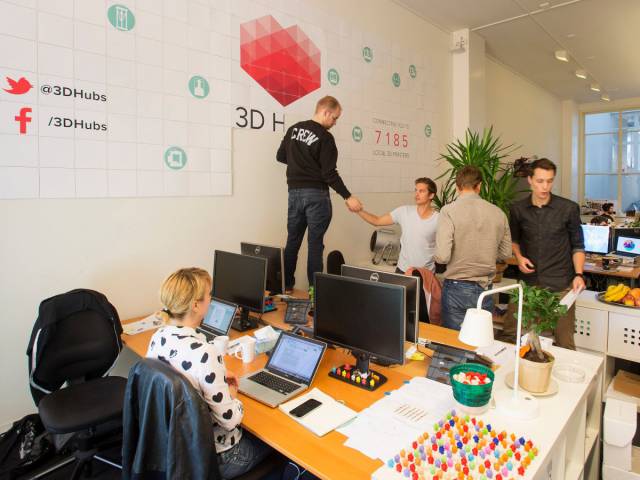 Amsterdam's combination of financial technology, energy efficiency, and startup culture make it a powerhouse in Europe, despite being much smaller than its neighbors. (It has only a third of Berlin's population, for example.)

In April, lawmakers announced they wanted to ban gas and diesel cars by 2025 in favor of electric vehicles — perhaps the city's most visible sign of its look toward the future. 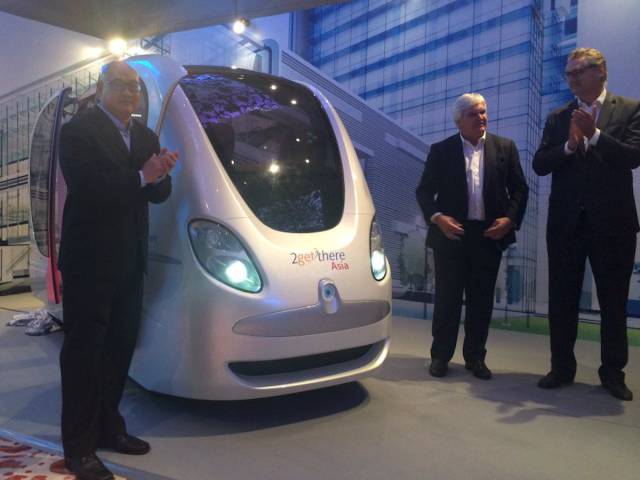 Aside from being a giant, rain-absorbing sponge, Singapore boasts an extremely high number of programmers and venture capitalists. The city-state is constantly introducing new infrastructure and high-tech high-rises, including one with an entire forest in the atrium.

It has partnered with MIT to build smarter transportation that relies less on private cars and more on public trains and light rail. 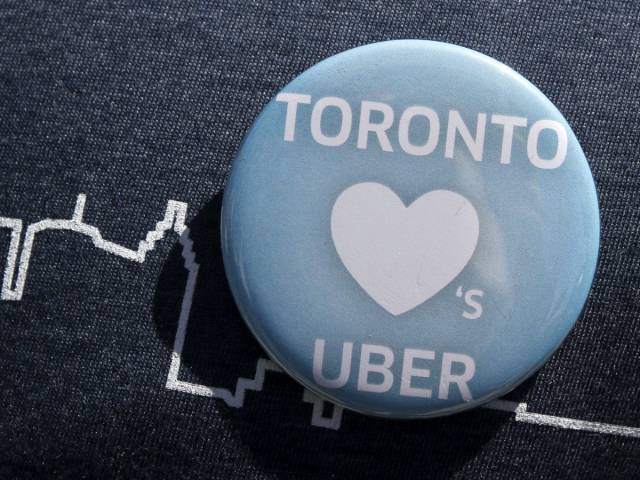 Rife with startups and innovative infrastructure, stemming from places like the Cisco Innovation Center, Toronto is home to 30% of Canada's IT firms, the majority of which have fewer than 50 employees. That means there's a crop of young companies poised to make an impact in the next decade. 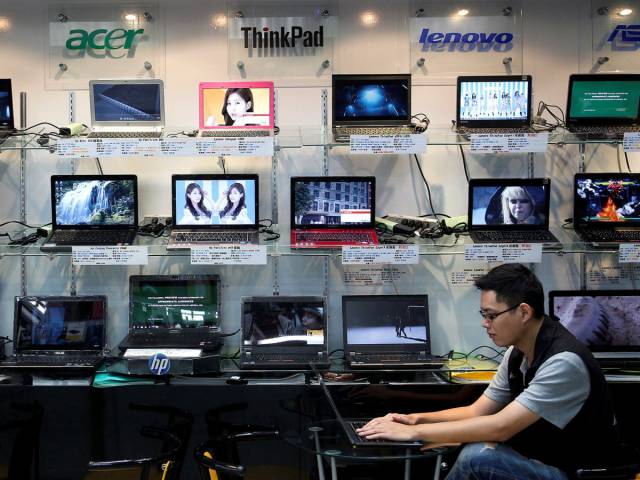 According to 2thinknow's analysis, Taipei is the far-and-away leader when it comes to industrial design. This has been the case for years — the city much prefers to delve into hardware rather than software. Some of the largest PC companies call the city home, including Asus, MSI, Gigabyte, and Acer.

According to 2thinknow, the city also scores highly in its number of venture capitalists. 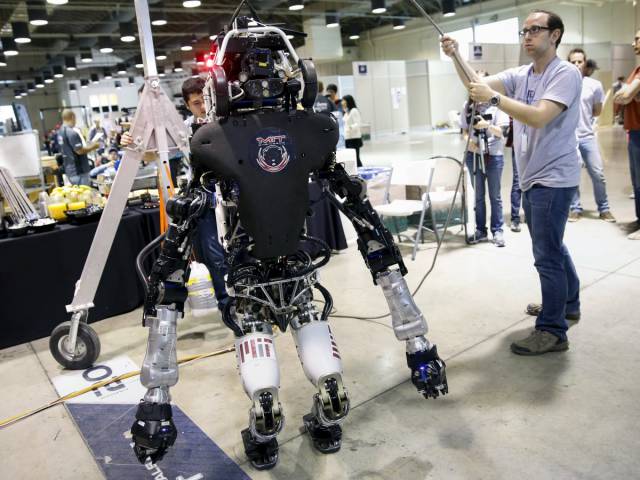 A huge number of exciting technologies have been coming out of Boston over the last several years from STEM elites like MIT, Harvard, Tufts, and Northeastern — many of them in the biotech and robotic fields.

The city has a handful of venture capital firms (Battery Ventures, Atlas Venture, Bessemer Venture Partners, Matrix Venture Partners) that pour money into innovation labs and university startups. And big-name companies like Facebook and Amazon have set up R&D offices in Boston to pull from this growing pool of talent. 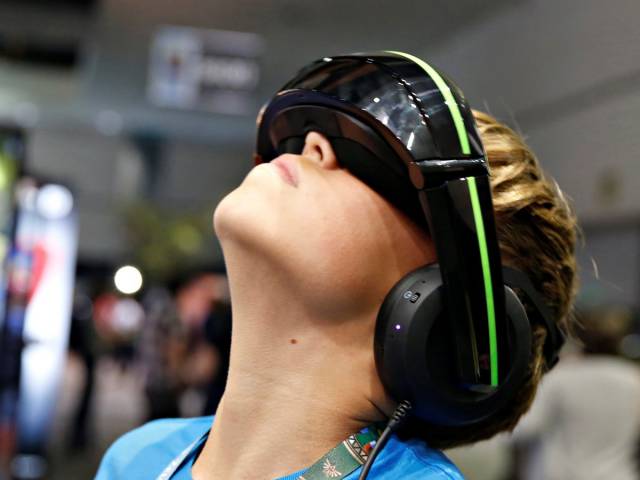 Film isn't the only industry in LA.

In 2014, a report by the LA County Economic Development Corporation suggested that LA had more high-tech sector jobs than any other region in the US. The report also found the total wealth output hovers around $58 billion. When 2thinknow performed its analysis, it found the same: Startups and venture capital play a major role in LA's tech sector boom. 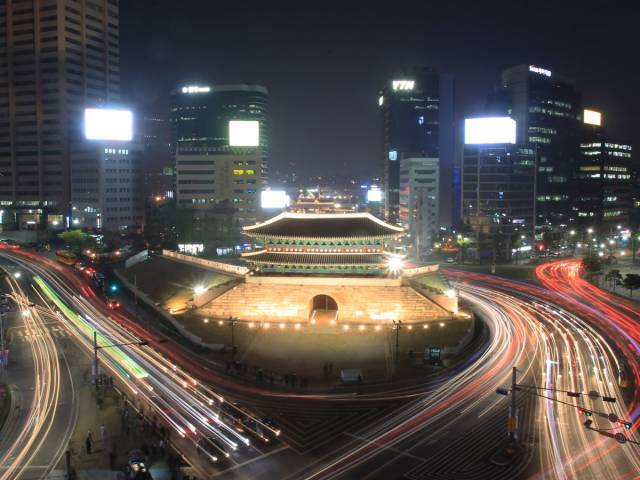 Seoul has been called the city of the future, and rightfully so. Innovation is practically baked into its design, as its metro system may even have New York's subway beat.

According to 2thinknow, Seoul files more patents than just about any city in the world. It has developed technology that is already ubiquitous — such as the LTE beamed to our smartphones — as well as tech still in its infancy, like virtual stores where you scan pictures of items to be delivered later. 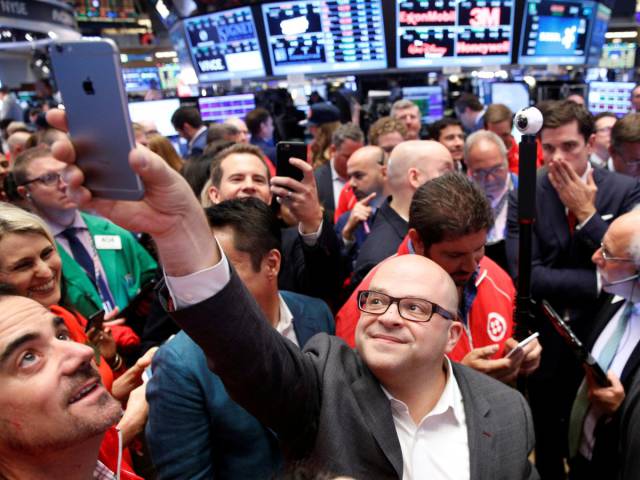 New York is a special kind of tech heavyweight. It is both extremely dated in its infrastructure, but at the same time, unbelievably progressive.

According to the state comptroller's office, nearly 7,000 high-tech companies in New York City provided more than 100,000 jobs during the third quarter of 2013. In addition to starting companies, the city also launches integrated, citywide technology: LinkNYC, a free Wifi service, has over 500 kiosks around Manhattan available for public use, and many experts believe the city is just getting started. 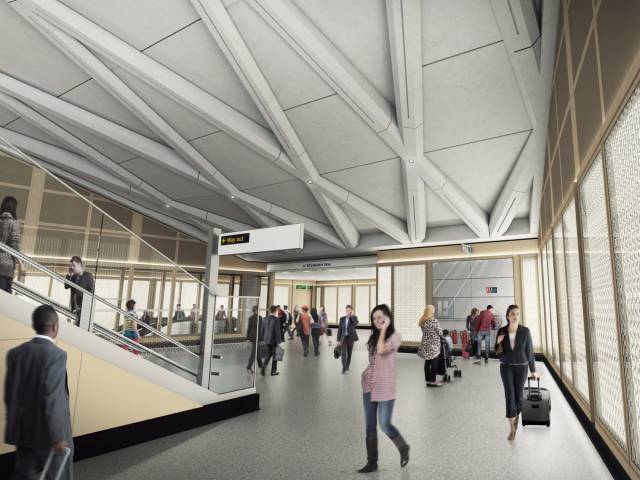 London has become a public transportation dream over the last year with the introduction of its Crossrail project. By 2018, 10 new train lines will connect 30 existing stations with brand-new tunnels. At $20 billion, it's the largest construction project in Europe.

2thinknow finds London has more startups and programmers than almost any other city in the world. By some estimates, there may be more IT jobs in London than all of California.

Some estimates say there will be 11,000 new tech jobs added within the next decade. 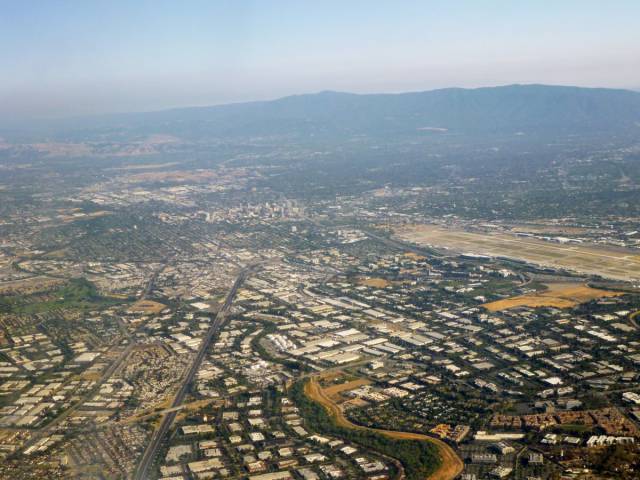 If every city claims to be the "Silicon Valley" of its particular home country, you can guarantee Silicon Valley is the gold standard for tech.

Since 2thinknow defines the region by its largest neighboring city, San Francisco takes the top spot. It is the undeniable epicenter of all things tech, from its gigantic startup culture to its venture capital scene to its population of designers and programmers.

Silicon Valley wins in just about every category because the supply chain of innovation has made its home there, even as smaller contenders claw at the title.