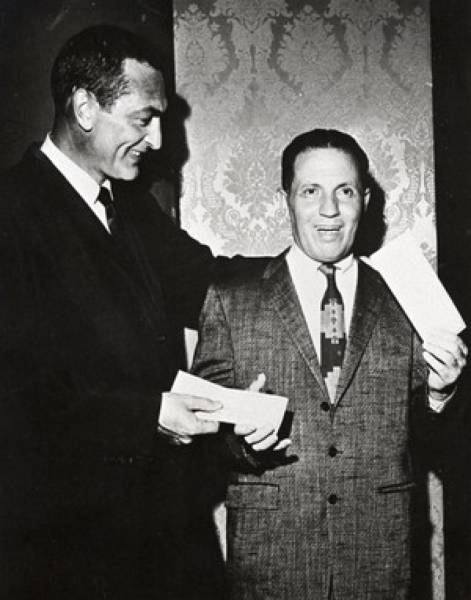 The biggest legitimate winner on the show was U.S. Army office clerk, Teddy Nadler. Teddy’s story was a true rags to riches one. As a child he lived in and out of a Jewish homeless shelter. He fell in love with reading and it became his favorite past-time to escape his surroundings and live in another world. He was extraordinarily gifted and was born with an absolutely astounding memory. He could memorize and recite books, word-for-word. He shocked his grammar school teacher when he gave a book report on the classic Ivanhoe. Without having the book in his hands he could say a page number and repeat every word on it.

His incredible talent allowed him to compete and win on the game show The $64,000 Question. When the legitimacy of his win was questioned, under oath, the producers of the show declared he had zero knowledge of the questions ahead of time and that his memory was truly encyclopedic. Other winners on the show were found to be frauds. They had been given the questions and answers ahead of time. The show’s producers explained their hand was forced by sponsors of the show. The sponsors wanted attractive and intriguing contestants.

Teddy’s winnings totaled $264,000; however, in today’s money that would be the equivalent of a jaw-dropping $2,298,000! Teddy, the office clerk from University City, won the hearts of viewers everywhere and secured his spot in television game show history. Unlike many game show winners of the 50s, Teddy’s reputation remained untarnished by the game show scandals. In 1984, he passed away at his home at the age of 74. In one of his last interviews he remarked with his trademark sense of humor, “Yes…. I am amazing and so modest.” His final answer, but not his spirit, has been lost to history.