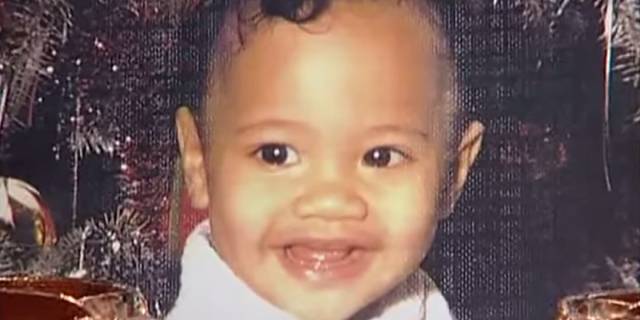 Wrestling is in Johnson's blood. His father, Rocky "Soul Man" Johnson, was a member of the first African-American tag-team champions, and his grandfather Peter Maivia was one of the first Samoan wrestlers.

Johnson didn't go straight to wrestling. His first sport was football. After starring in high school, he played in college for the Miami Hurricanes. Over his tenure at the school, Johnson started just once but appeared in 39 games and had 77 tackles, and he was a part of the 1991 national championship team. 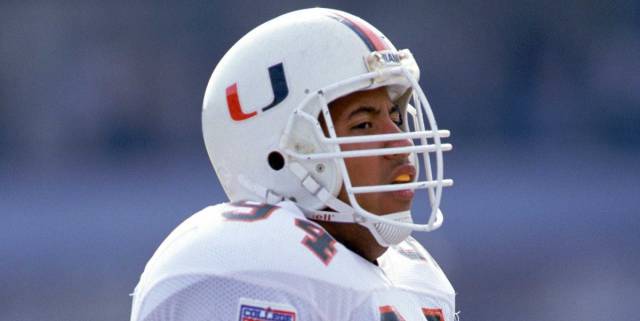 The University of Miami was also where he met his first wife, Dany Garcia. The two separated after 10 years but have stayed close. "Since our divorce, we've become pretty good at working together, and we are also raising our beautiful 11-year-old daughter, Simone," Johnson has said. 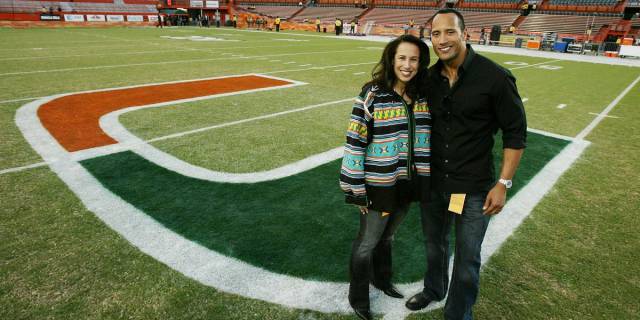 If it wasn't for serious injuries to both his shoulders and back, Johnson could have perhaps continued his football career in the NFL. 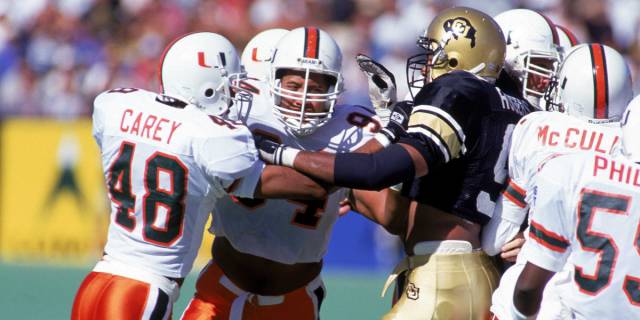 Instead he ended up playing in the Canadian Football League, making just $250 a week and eventually getting cut. "The dreams I had, they're dashed," he recalled later. "There is no more football. My relationship was crushed. That was my absolute worst time." 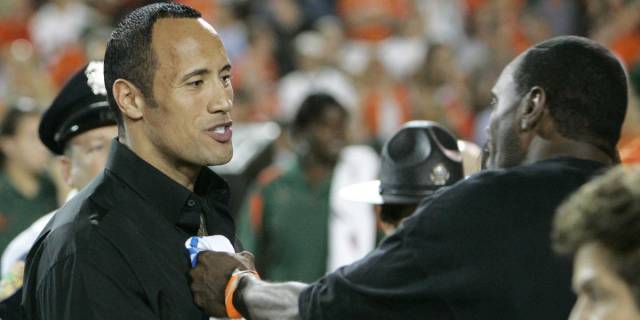 After Johnson stepped away from football, he looked into the family business of wrestling. After spending time in the WWE's minor leagues, he debuted on TV at the 1996 Survivor Series. His wrestling name was "Rocky Maivia," which combined the names of his father and grandfather. 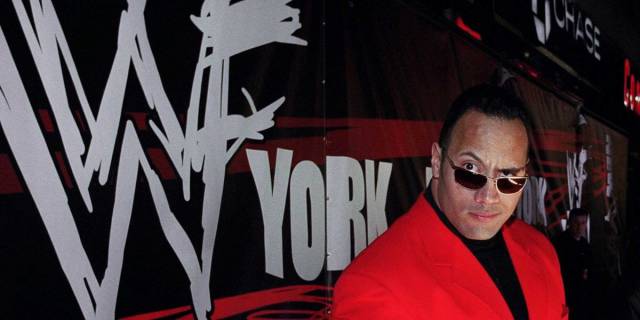 The first third-generation wrestler in WWE history, Johnson is considered by many to be one of the greatest to ever enter the ring. 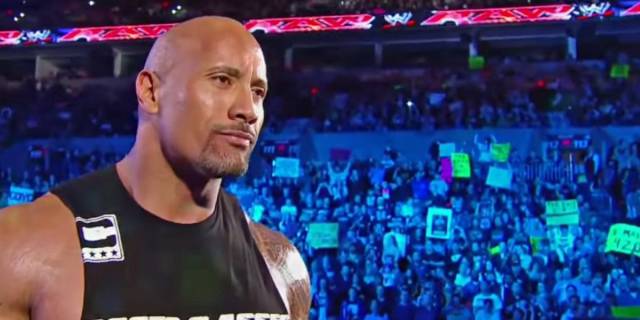 During his many years at the WWE, Johnson created and became known for signature moves like "The People's Elbow" and "The Rock Bottom." 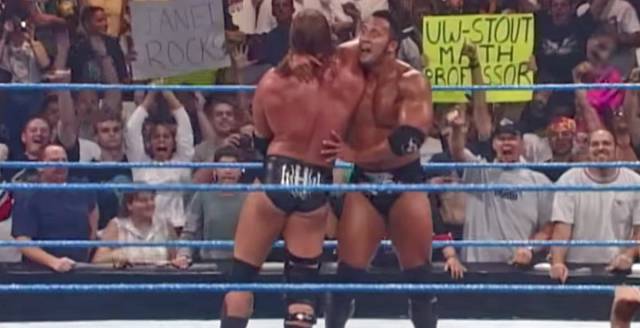 Johnson proved his prowess in the ring by winning the WWE heavyweight title six times and securing the tag-team title five times. 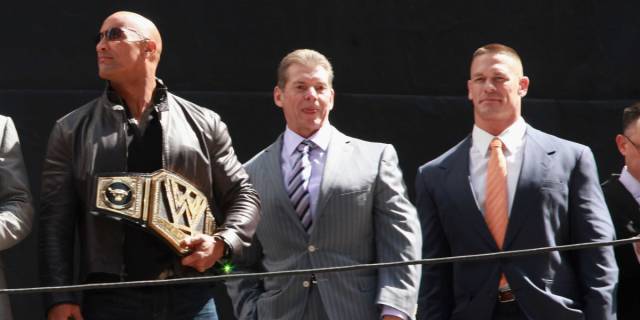 His popularity as a wrestler put Johnson on Hollywood's radar. This included getting a call from New York about hosting "Saturday Night Live." After he was asked to host, Johnson says, "I fell out of my chair." 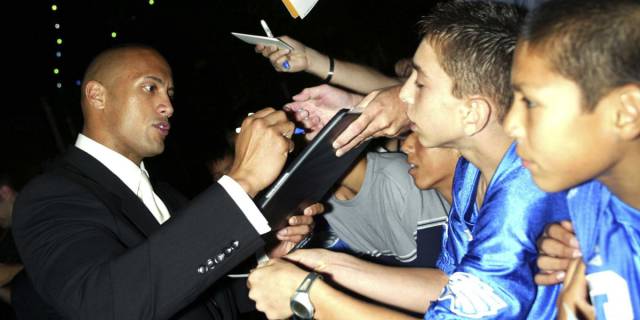 The wrestler's stint on "SNL" (as seen below playing the monkey-human hybrid Papa Peepers) was a ratings success. Most important, the gig showed Hollywood that Johnson wasn't just another wrestler — he could really act. 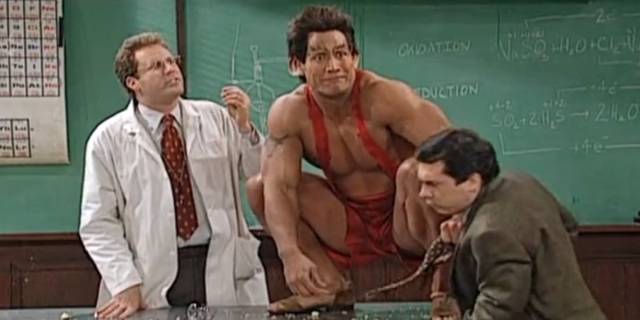 Johnson made his feature-film debut in 2001's "The Mummy Returns," playing a villainous ruler. He reprised the role in "The Scorpion King." He made $5.5 million, the most any actor has made for a first leading role. 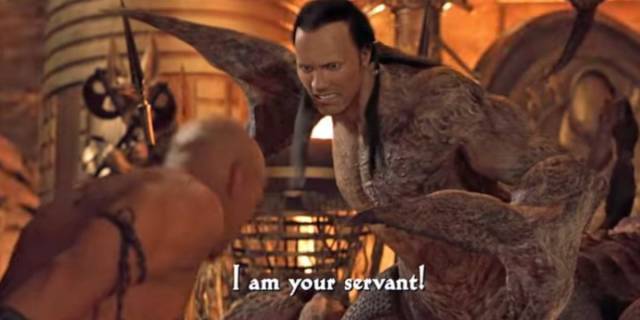 Despite the large paycheck, it wasn't until "The Rundown" in 2003 that people began to see Johnson as a legitimate action hero. "The Rock has a flair for action and comedy," Rolling Stone wrote. "He's a real movie star." 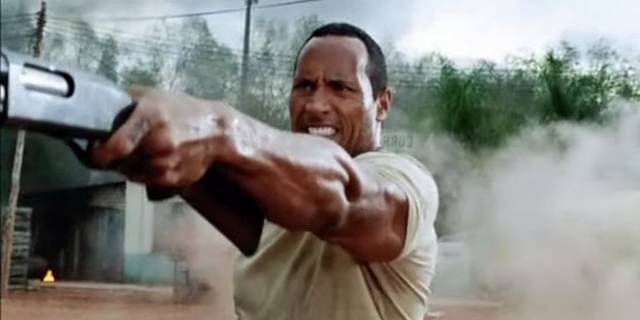 The film also included a brief cameo by Arnold Schwarzenegger, which many critics like Roger Ebert saw as the passing of the action-movie torch. "Whether The Rock will rival Schwarzenegger's long run as an action hero is hard to say," Ebert wrote. "But on the basis of 'The Rundown,' he has a good chance." 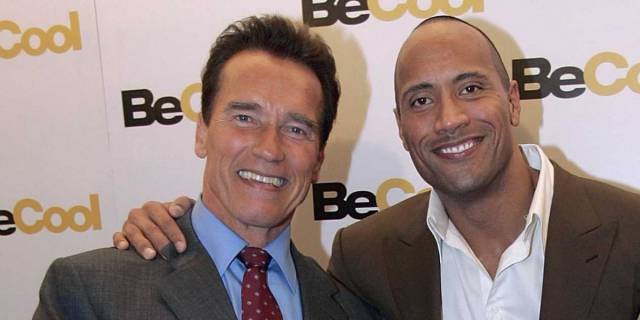 As Johnson's film career began to take off, he dropped "The Rock" from his name. "'The Rock' was a name, a character I created in TV," he said. "When I made the transition into film, I knew eventually I was going to be billed as my given name." 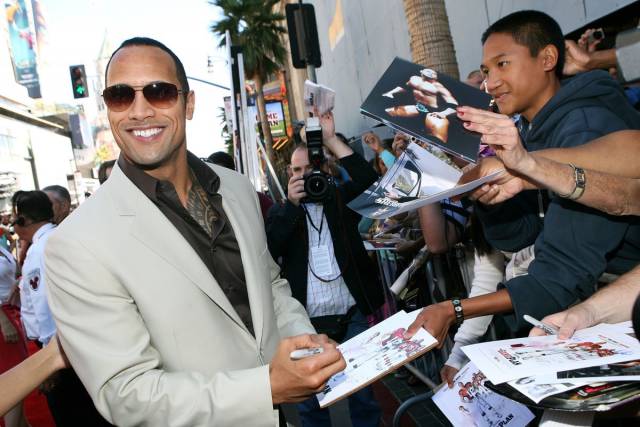 He showed his range by acting in family films like 2007's "The Game Plan" and comedies like "The Other Guys" in 2010. "I felt there were bigger and better opportunities," Johnson said. "I also felt there was franchise potential, hopefully multiple franchises in every genre — whether drama or comedy or action-comedy." 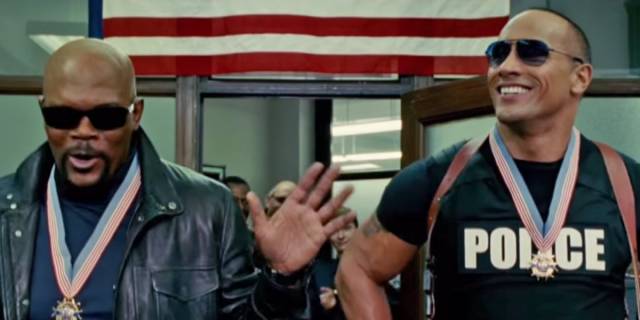 Johnson finally found his franchise when he appeared in the fifth installment of the popular "Fast and the Furious" series, "Fast Five," alongside Vin Diesel. "I've known Vin for a long time and we've always talked about doing something together," Johnson said. "This felt like the right opportunity to create a formidable adversary for him." 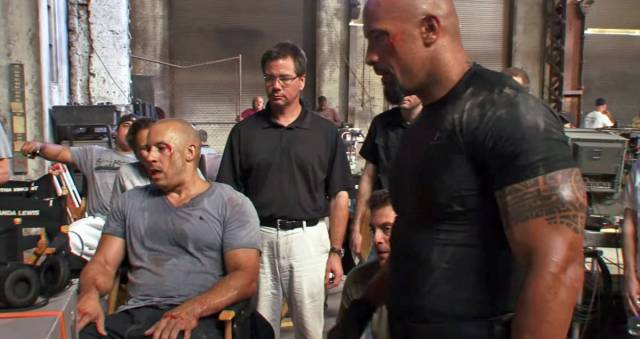 "Fast Five" was also an opportunity for Johnson to work again with Universal, the studio where he started his career. "They were the first studio to believe in me when I was making the transition ... into acting and helping me create opportunities," Johnson said. 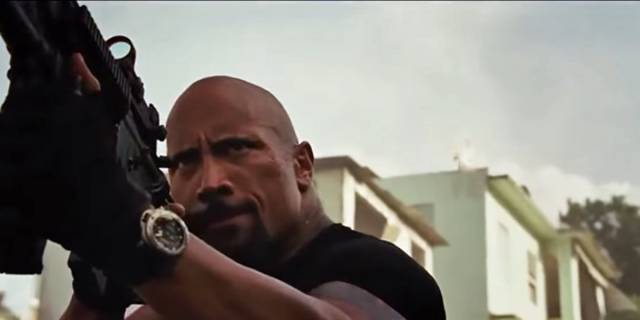 The film went on to make $676 million worldwide. Johnson appeared in 2013's sequel "Fast & Furious 6" and in last year's "Furious 7," which made an astounding $1.5 billion worldwide. 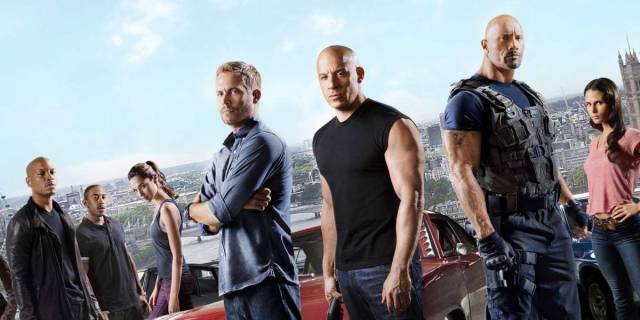 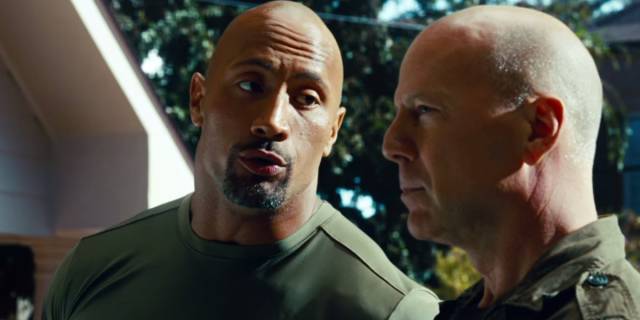 Throughout Johnson's career, the one thing separating him from many is his work ethic. The actor put on "12 to 15 pounds of muscle" for 2013's "Pain and Gain." Between himself and costar Mark Wahlberg, the actors were eating 17 meals a day. 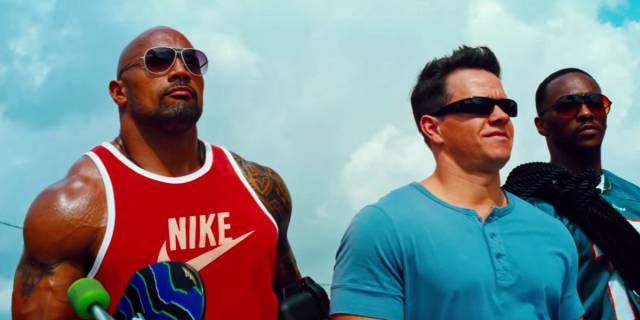 In an interview with Muscle and Fitness magazine, Johnson said his current diet contained seven meals a day — four of which consisted of cod. 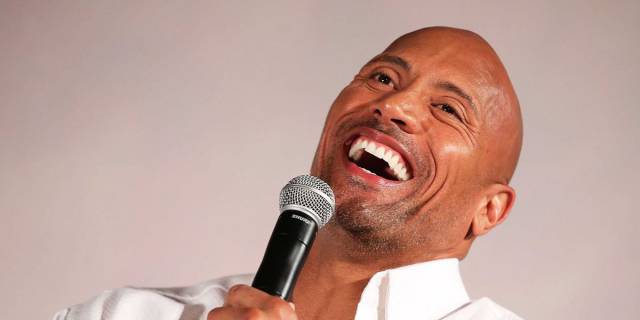 Even though Johnson's acting career is going strong, he has returned to the ring for events like Wrestlemania. "I'm back, not for money, not because I like being on the road, but because I love the business," he said. 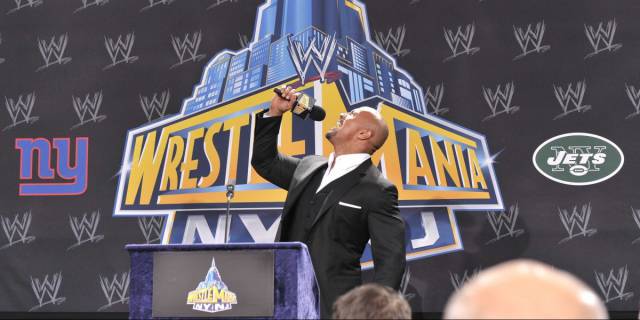 One of these events was WWE's Royal Rumble. Johnson had teased that he was going to appear at the event, and then he showed up in the middle of a wrestling match to help Roman Reigns win the prize. 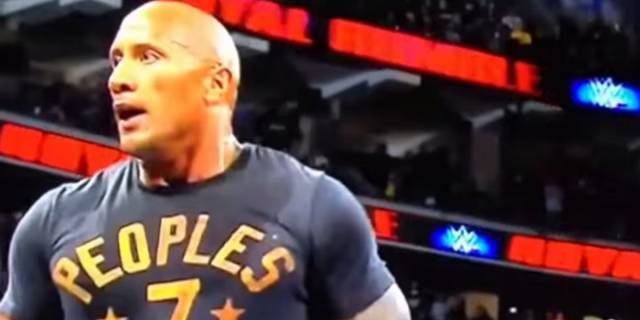 Johnson's latest franchise is thanks to last year's earthquake movie "San Andreas," in which he played a first responder. The disaster movie has a sequel in the works.

In 2015, Johnson also took his talents to TV with the HBO series "Ballers," which follows a former pro football player (Johnson) who is now a financial manager and attempts to persuade current stars to hire him. It's now going into its second season. 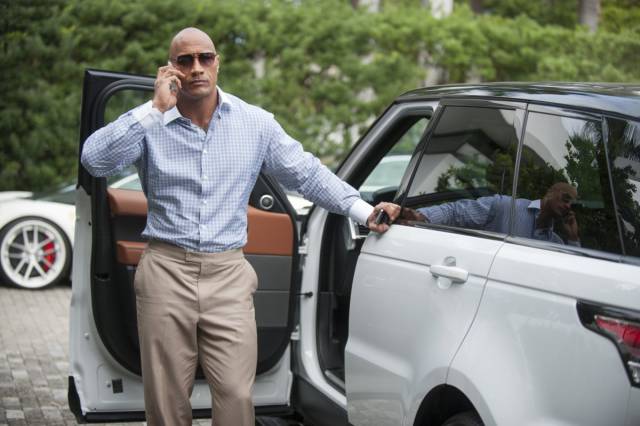 In 2016, Johnson has shown his funny side, teaming up with Kevin Hart for the comedy "Central Intelligence," which became the highest-grossing domestic comedy of the year with over $110 million. 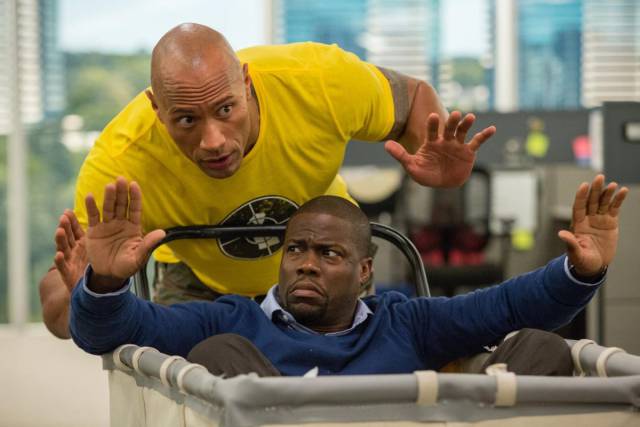 In November, Johnson will lend his voice in the Disney movie "Moana," in which he plays demigod Maui.

He's currently filming the next "Fast and Furious" movie, "Fast 8." 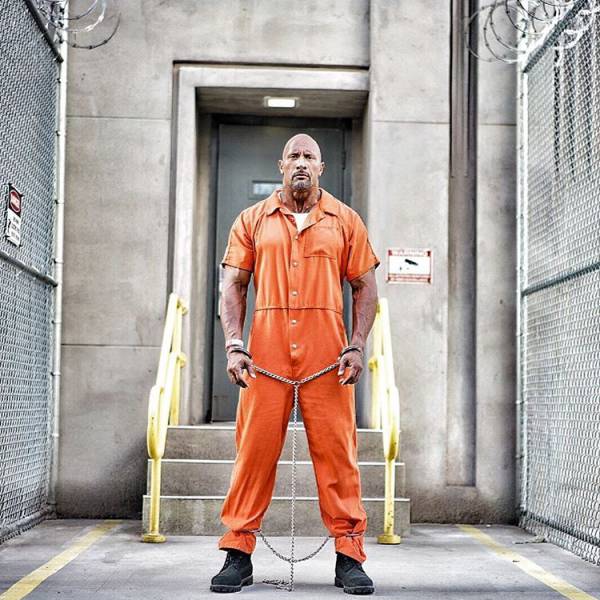 And he recently wrapped production on "Baywatch," in which he will star opposite Zac Efron. The Rock never seems to be taking a break, but it also seems as if it's working out for him. 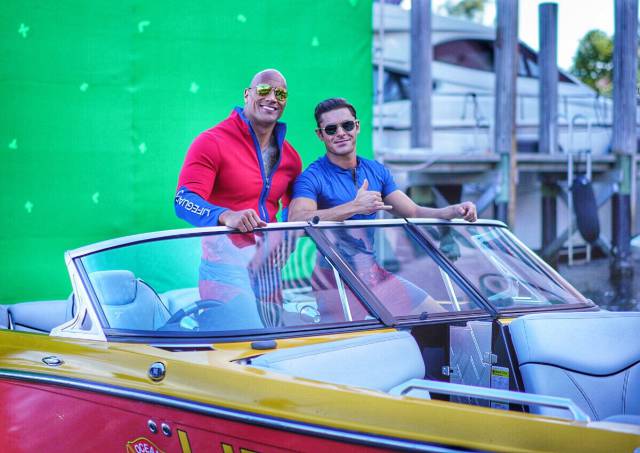