The village looks nice from the outside and seems to be ok but appearances may be deceptive. After team Australia moved into their living quarters, they were faced with electricity, gas and plumbing problems and the overall cleanness was unsatisfactory. This caused them to move out and look for the hotels to stay at. There was a fire in the Dutch building and only 12 of the 31 buildings have passed safety inspections. And it is less than two weeks before the opening ceremony on August 5. Rio’s officials promised to do the necessary improvements before the games start.
Let’s take a tour of the village and see what it looks like now.

Rio's Olympic village is expected to host over 17,000 athletes from across the world. 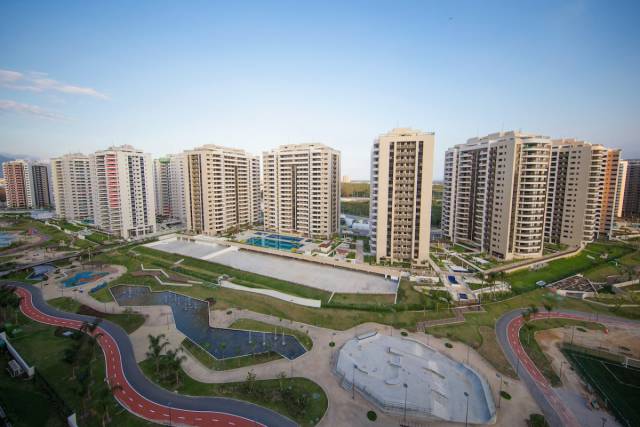 The village has plenty of tennis courts, soccer fields, and other room for outdoor activities. 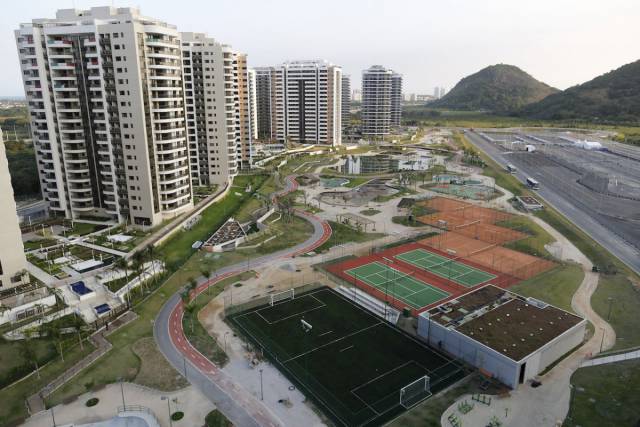 Signs outside the buildings make it easy to tell which country is staying where. 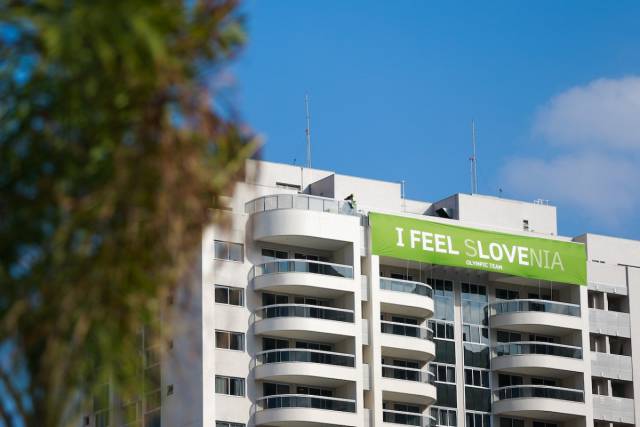 Australia's rooms are unoccupied, however. Its members are staying in hotels until Olympic officials can fix some plumbing problems. 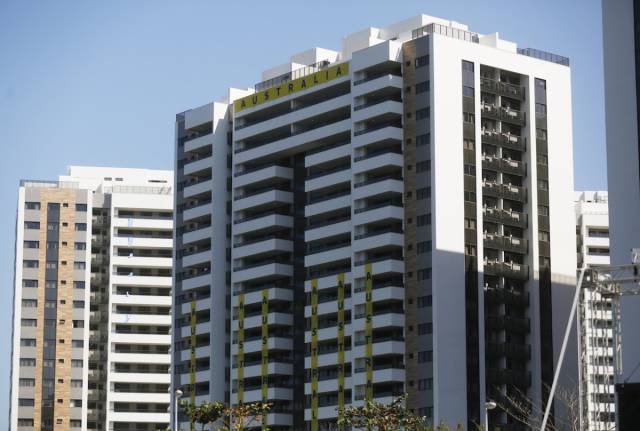 The village looks quite nice from the outside. 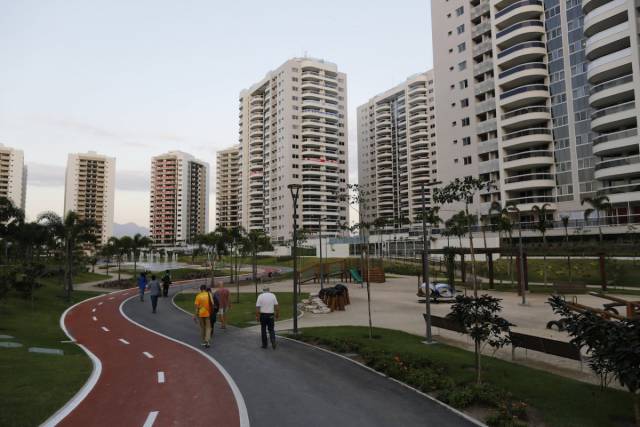 Just make sure not to get lost. 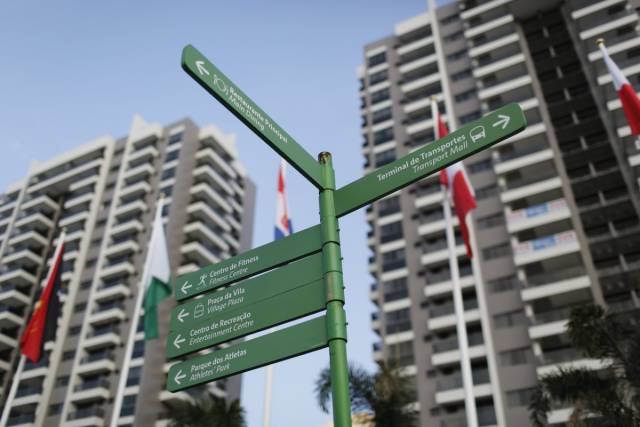 Inside, the apartments are a little drab, though there do appear to be beanbag chairs. The beds look a bit narrow. 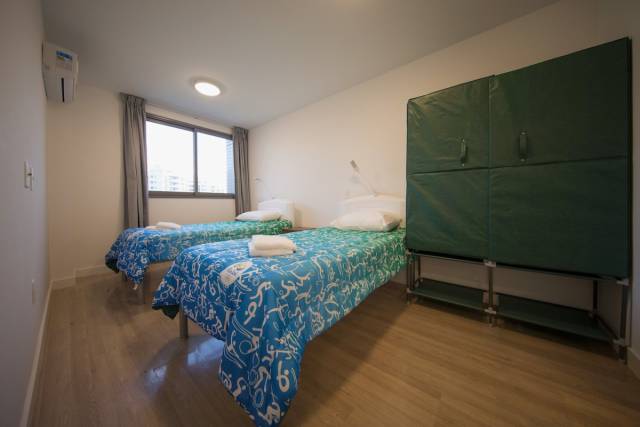 There has reportedly been flooding in the bathrooms. At least most of the suites have balconies, which look nice. 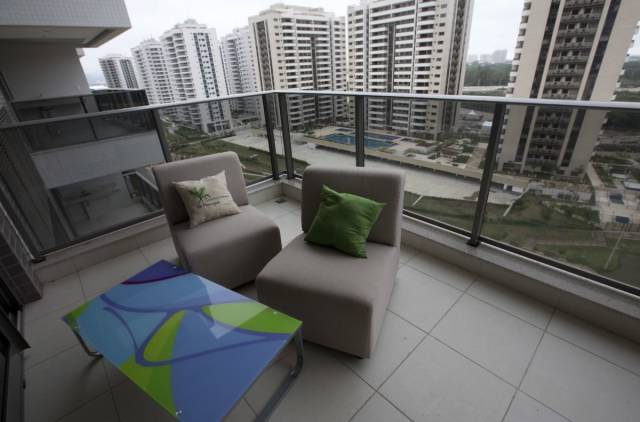 Another view of the village from a balcony: 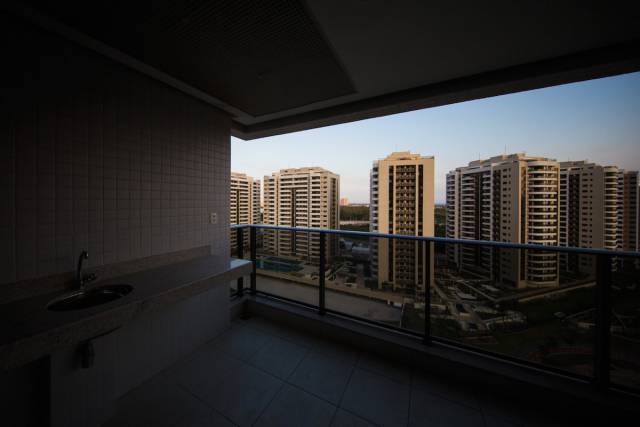 You can see the kitchen on the left-hand side of the apartment. A small fire broke out in the Dutch building. Not a great start! 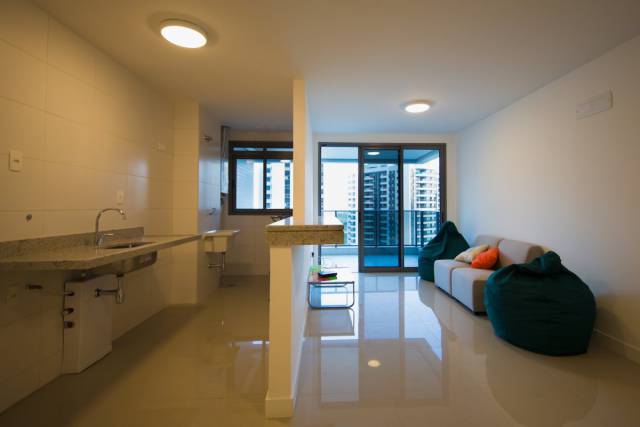 Another view of the bedrooms. They aren't too spacious! 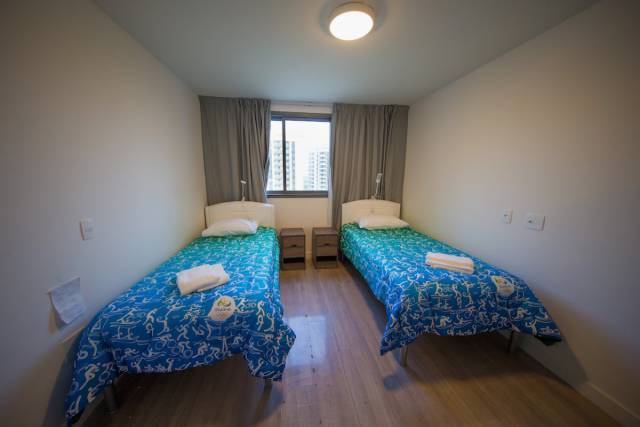 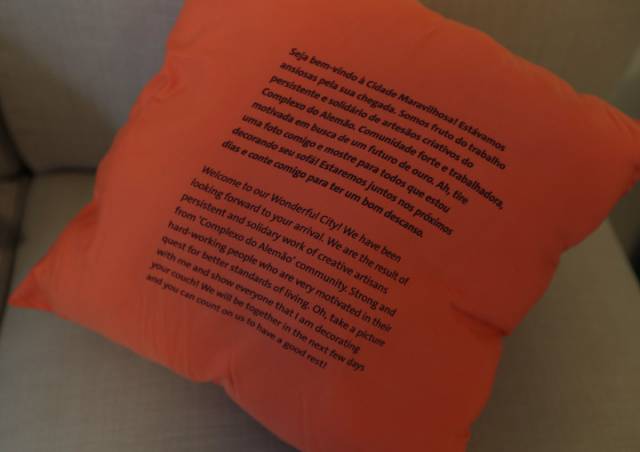 You can work on your tan outside Portugal's rooms. 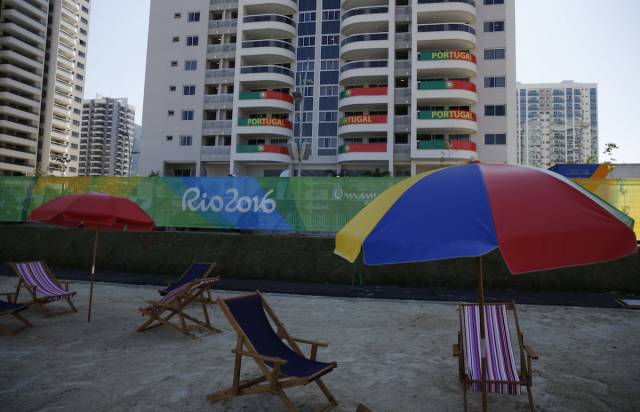 Because this is an athletic event, there are plenty of workout options. 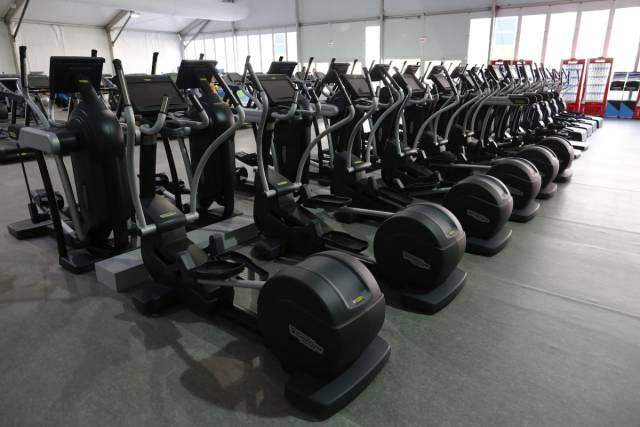 Some treadmills to go with the stationary bikes. 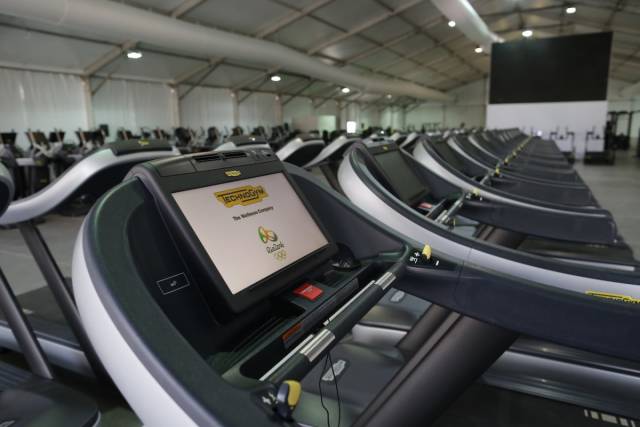 Cool off with an ice bath. 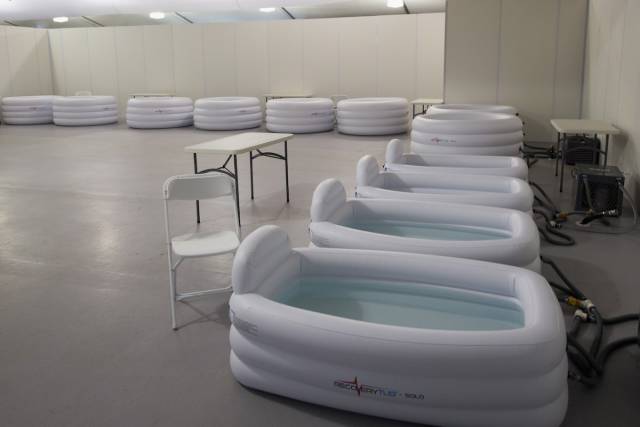 In case you need a trainer. 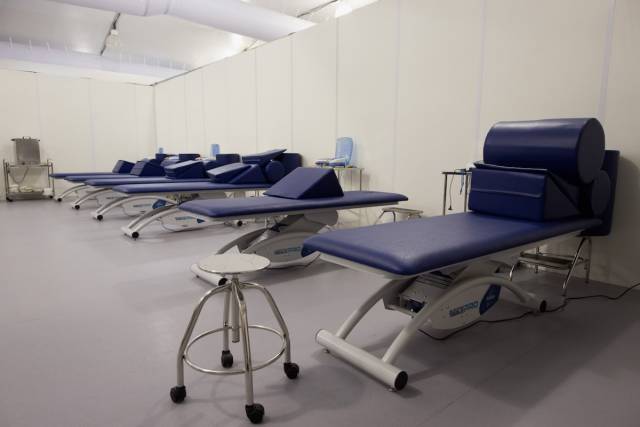 If you get more badly injured: 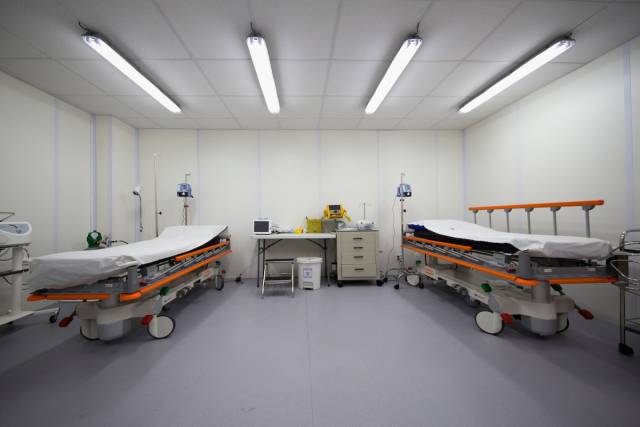 These feet will lead you to the cafeteria: 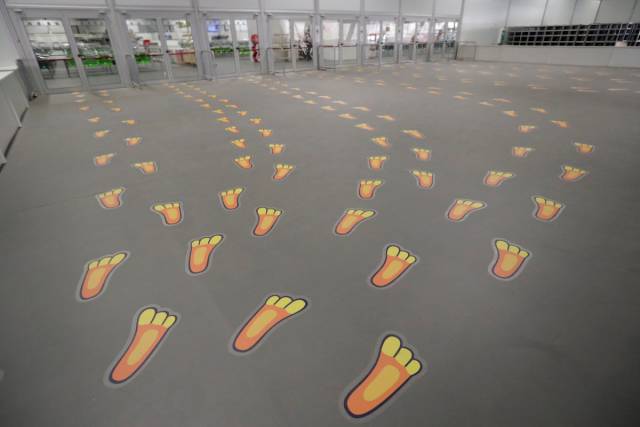 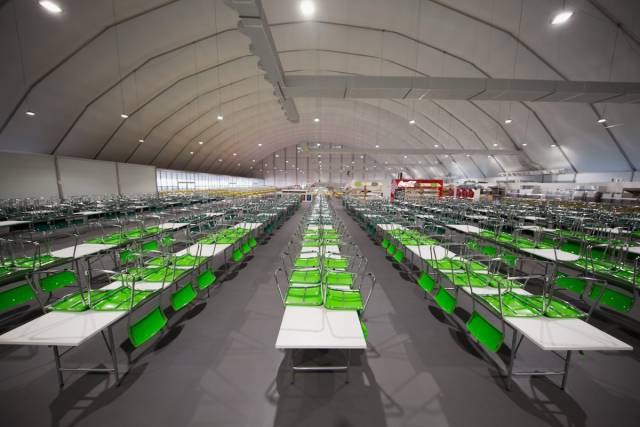 Another view of the cafeteria, with a different color of seats. 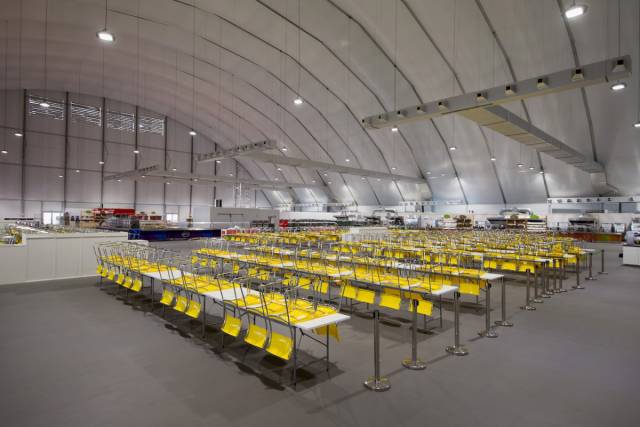 A nice fountain outside. 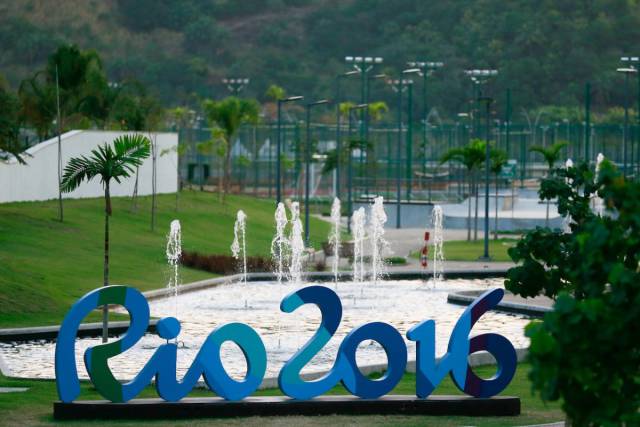 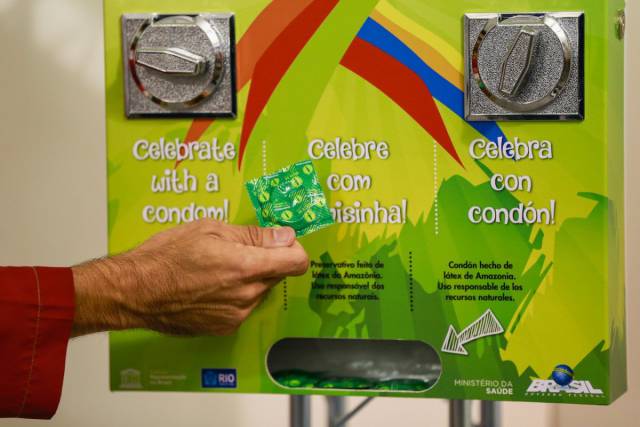 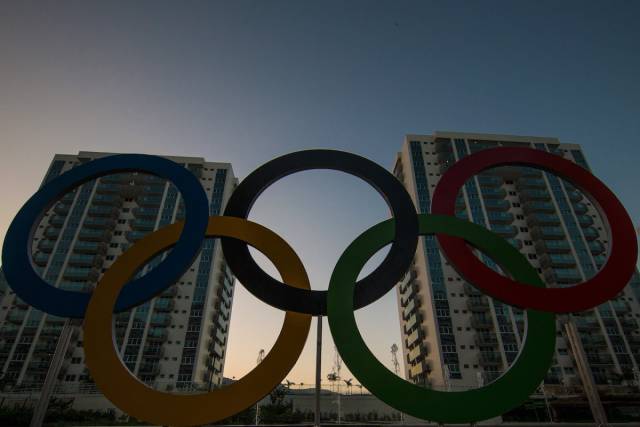