As you can imagine, a lot goes on behind the scenes during a commercial flight. Most of it's pretty boring, but some of the activities and rules during a flight are fascinating.Below, fight attendants, pilots, and baggage handlers share tips, facts, and some pretty crazy stories, so pay attention to make your next flight even better. 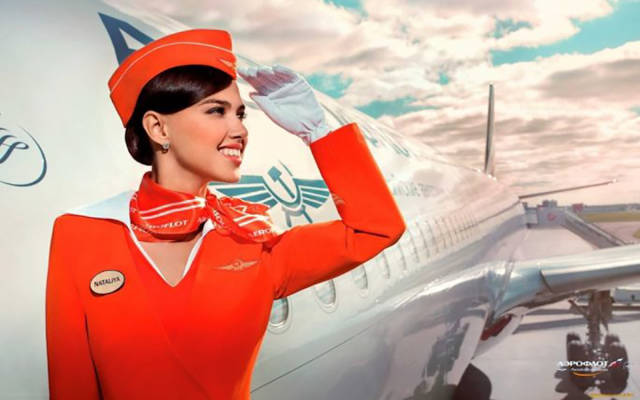 In-Flight Headphones-“Even the headphones that come wrapped up aren’t new. I used to work for a warehouse that supplied a certain airline with items. The headsets that are given to you are not new, despite being wrapped up. They are taken off the flight, ‘cleaned’, and then packaged again.” Sleeping Pilots-Most of the time, especially on long-haul flights, there’s at least one pilot dozing off. And sometimes, a pilot will wake up to find the other pilot has fallen asleep, too. Yikes! 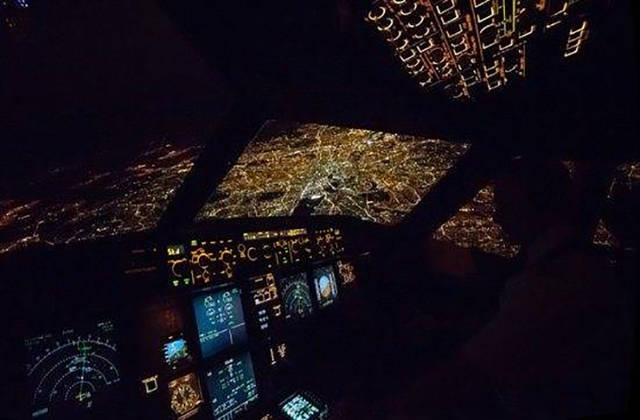 Oxygen Masks-When those fall, you better hurry putting them on. You’ve only got about 20 seconds at cruising altitude before you pass out. Once you do, they’re only good for about 15 minutes, so the pilots hurry to get closer to Earth. 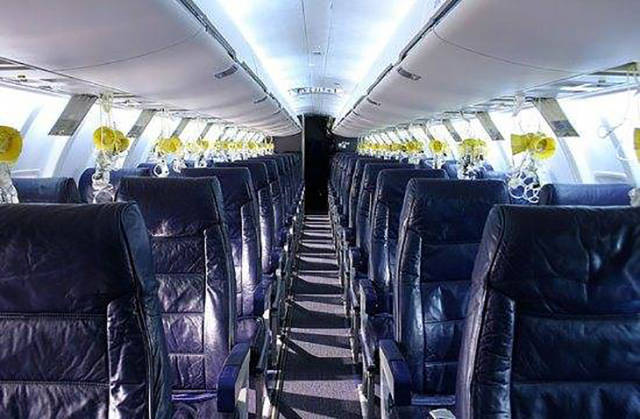 Why the lights dim on landing.If something bad happens upon landing, the lights will likely go out, so the pilots want your eyes to already be adjusted to the dark so that you can perform what needs to be done. 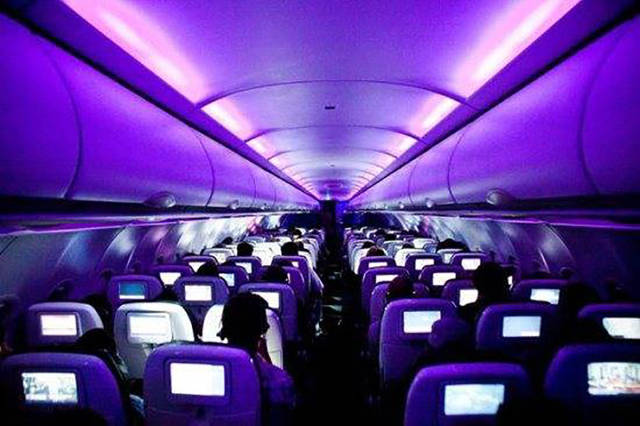 Airplane food-“My dad works for a large airline, he told me a few little things. 1) The two pilots are served different meals and cannot share. This is done in case of food poisoning. 2) Stealing food, even if they are going to throw it out can get you fired instantly.” Flying with pets-“I am an aircraft fueler…While your airline will take the best possible actions, some things cannot be avoided, like the noise on the ramp. I cannot stand out there without ear protection, and imagine your pet sitting out there on the ramp waiting to be loaded onto the plane being exposed to the same amount of noise…” 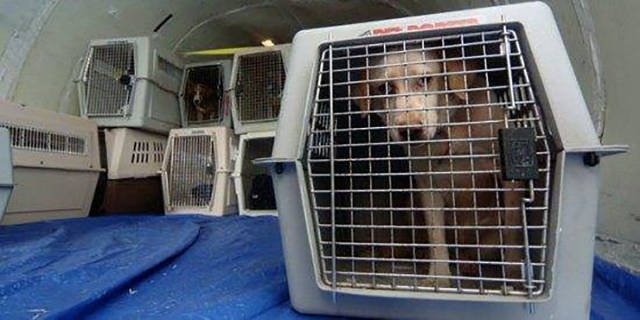 Do you REALLY need to turn off your devices?“My sister is a flight attendant, she says after she tells everyone to turn off all electronics, she goes to the back and pulls out her phone and starts texting.” 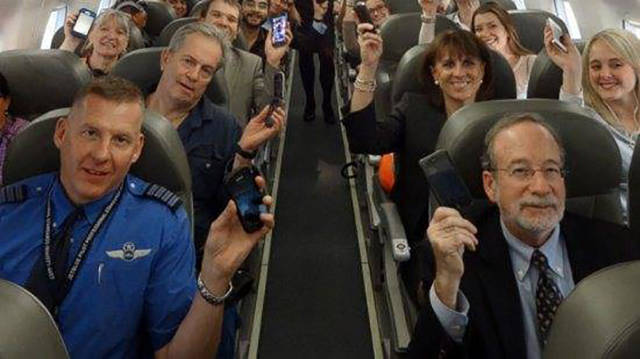 Do you REALLY need to turn off your devices? “Pilot here. Having to turn off electronics on a plane is totally useless. Mobile electronic devices won’t really bring an airplane down but they can be really annoying to pilots. Just imagine sitting in the flightdeck descending to your destination and hearing the interference of a 100+ cellphones picking up a signal. I have missed a clearance or two that way.” 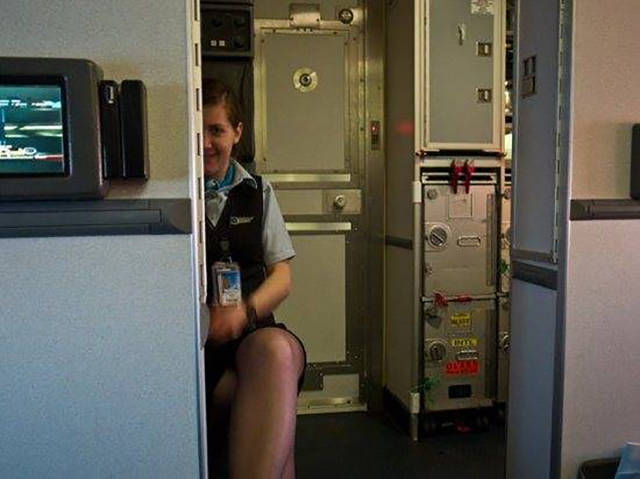 Lightning and Pilots-“My dad’s been an airline pilot for almost 20 years, and apparently planes get struck by lightning all the time. Also if a passenger is causing a scene in the jetway he can refuse to let them on and take off without them. The captain has almost limitless authority when the doors are closed. He is allowed to arrest people, write fines and even take the will of a dying passenger.” 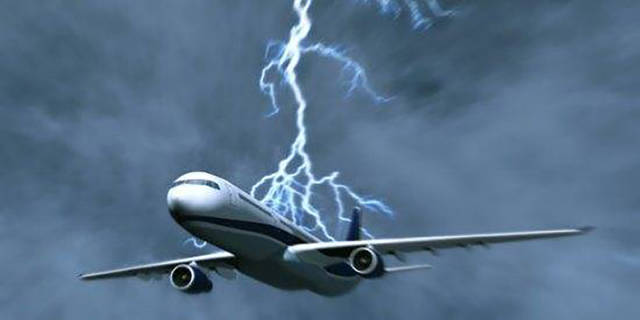 Drinking Water on Planes-“Don’t drink water on a plane that didn’t come from a bottle. Former Lufthansa cargo agent here. Do not EVER drink water on an aircraft that did not come from a bottle. Don’t even TOUCH IT. The reason being the ports to purge lavatory shit and refill the aircraft with potable water are within feet from each other and sometimes serviced all at once by the same guy.” 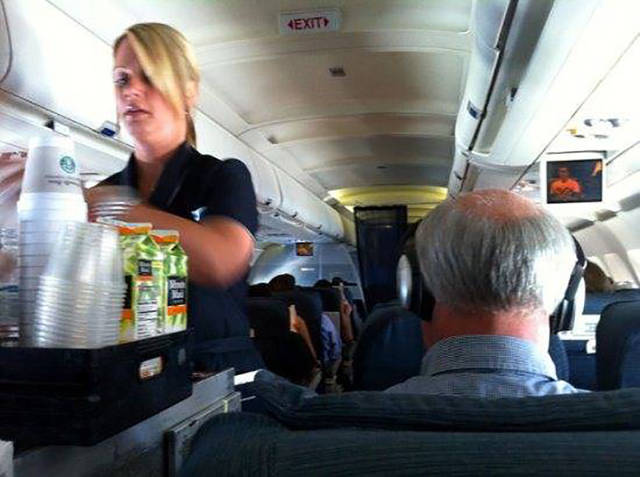 Oh, and stay away from the coffee and tea as well.It’s made from the same gross water. “The drinking water used for coffee and tea is filthy. The drinking water, that used for making coffee, tea, etc., should NEVER be consumed. The holding tanks in these sometimes 60 year old planes are never cleaned. They have accumulated so much greenish grime on the walls that in some places it can be inches thick.” 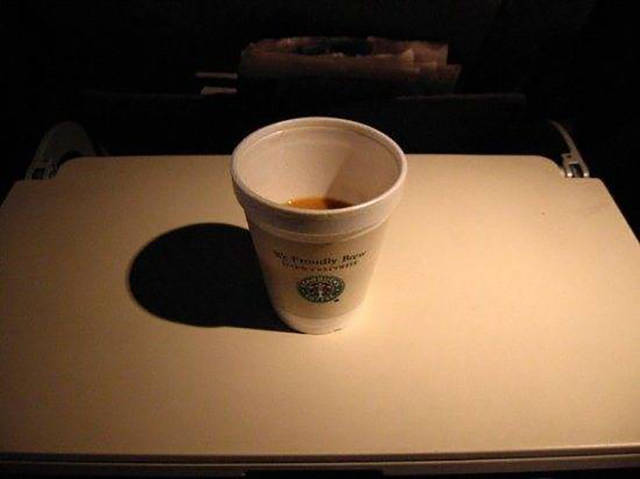 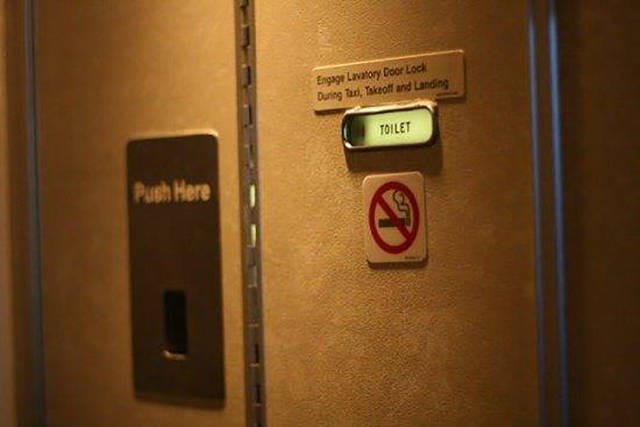 Don't be so quick to blame a pilot for a bumpy landing.“When you experience a hard landing in bad weather it wasn’t because of a lack of pilot skills but it is in fact intentional. If the runway is covered in water the airplane has to touch down hard in order to puncture the water layer and prevent aqua planing.” 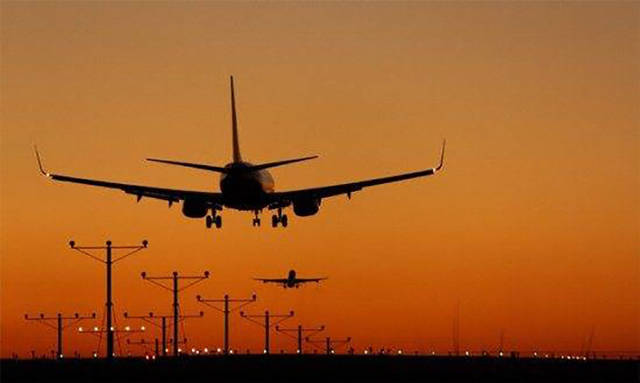 Tip your flight attendant for great service...because no one else does.“Tipping could go a long way. My girlfriend is a flight attendant. NO ONE tips flight attendants. If you give your FA a fiver with your first drink you’ll probably drink for free the rest of the flight.” Just because you're on a huge plane doesn't mean you have an experienced pilot.“Just because you’re flying with a big airline, doesn’t mean the pilots are experienced. Regional airline pilot here. You may have bought a ticket on Delta, United, or American, but chances are you’ll be flying on a subcontractor. That means the pilots have a fraction of the experience, training, and pay of the big mainline carrier.” 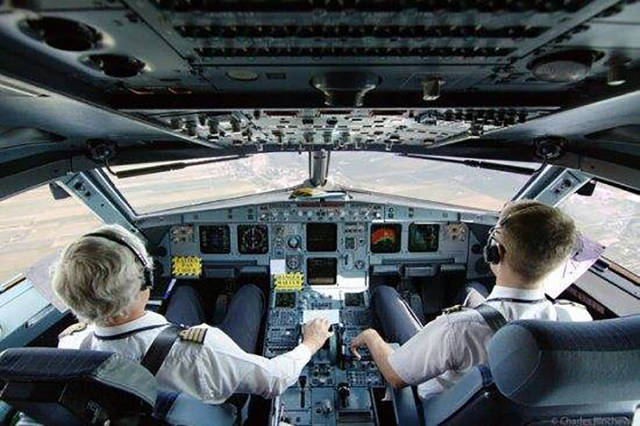 Chances are, your pillows and blankets haven't been cleaned in a while.“I worked for Southwest as a flight attendant. Those blankets and pillows? Yeah, those just get refolded and stuffed back in the bins between flights. Only fresh ones I ever saw were on an originating first flight in the morning in a provisioning city.” 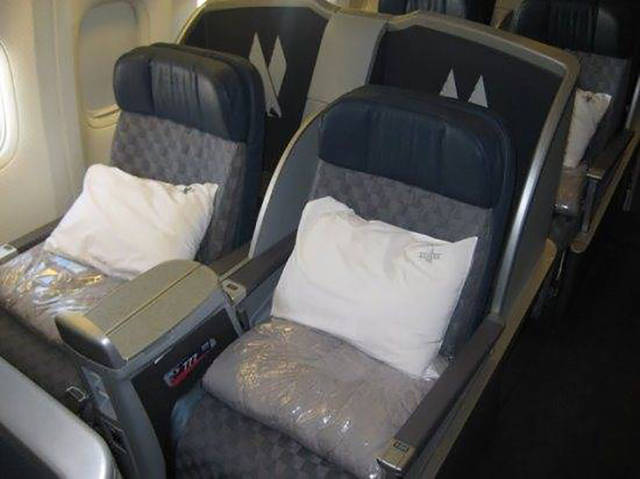 There might be some creepy cargo on your flight.It’s been reported that most flights are either carrying human remains or an organ for transplant on them. 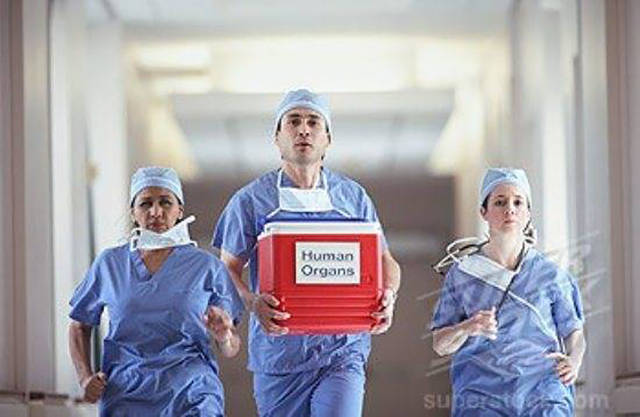 If you lose power, your plane can stay in the air a LONG time just gliding.“Planes without engines can still glide for a really long time. A pilot told me if both engines fail, a plane can glide 6 nautical miles for every 5000 feet. So at 35,000 feet, a plane can glide about 42 miles without power. It’s why most accidents happen landing or taking off.” 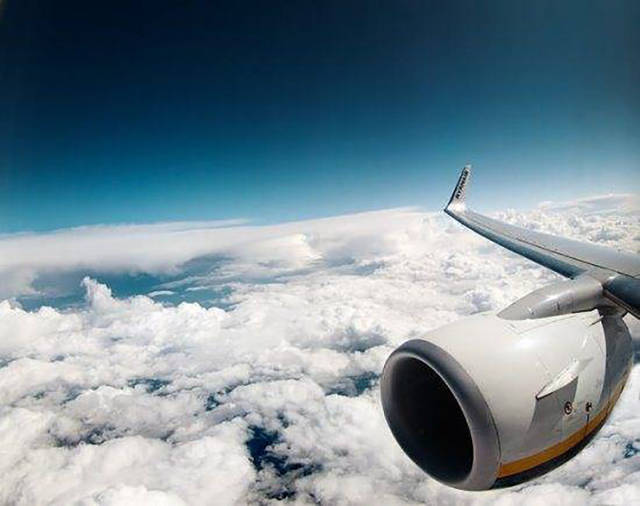 There's an ashtray in the lavatory...but that doesn't mean you can use it.“Ashtrays in the lavatories are mandatory equipment even though the FAA banned smoking on flights years ago. The reasoning is that if people do decide to smoke, they want them to have a place other than the trash can to throw the butt.” 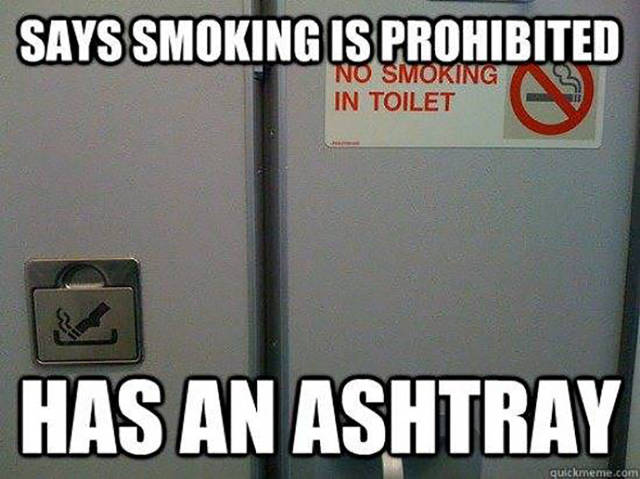