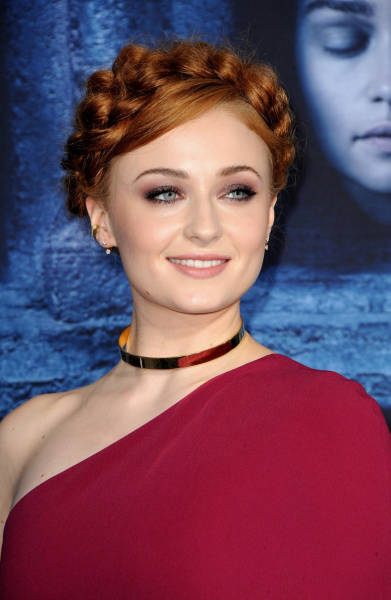 One of the beautiful things about television is that fans of certain shows can watch their favorite actors grow up right before their eyes. It is almost as if the fans get to know the actors and see them go through similar changes that they are. If the fans are lucky, the writers of the show will help build in some drama or comedy that accompany those changes physically and mentally the actors are going through. Watching these actors grow up kind of builds this unusual emotional bond between the fan and the star and it is part of what makes GoT so appealing to so many.

Sophie Turner is definitely one of those stars that many people are growing up right alongside. Starting out at 15 on the show, Sophie, now 20, has gone from girl to woman in what seems to have just been overnight.

With a net worth of $5 million, fans can rest assured that even though they may be going through similar things as her, having too much money is not a problem most people will share with her.