Without going into too much detail, a rapper signed to Eminem’s label named Joe Budden caught flack from Drake for criticizing his newest album Waves. The two artists had a little back-and-forth over social media, but nothing ever became of it because… well, not a lot of people pay attention to Joe Budden.
Cut to a radio show hosted by DJ Ebro just yesterday, where he talked about a private conversation he had with Drake backstage this past Sunday. He apparently told Drake, “That the rumor was that Eminem was gonna gear up to come after him (on his next album).” Drake’s reaction? Well, according to Ebro: “He laughed. He was like, ‘That’s not gonna happen. He’d never do that and if he did, I’ve got something for him, too.” 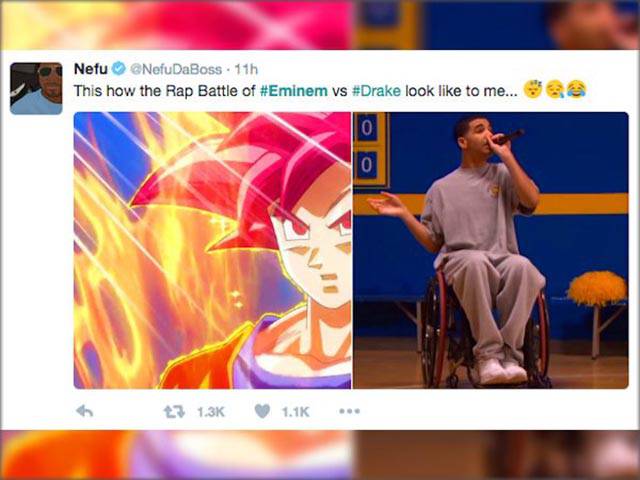