Photographer Lilia Li-Mi-Yan set up an interesting project she called "Masters and Servants," which explores a huge gap and an economic disparity between people in Russia. According to Credit Suisse's Global Wealth Report, 10% of the richest control 85% of the country's wealth.

Li-Mi-Yan photographed this series in Moscow. 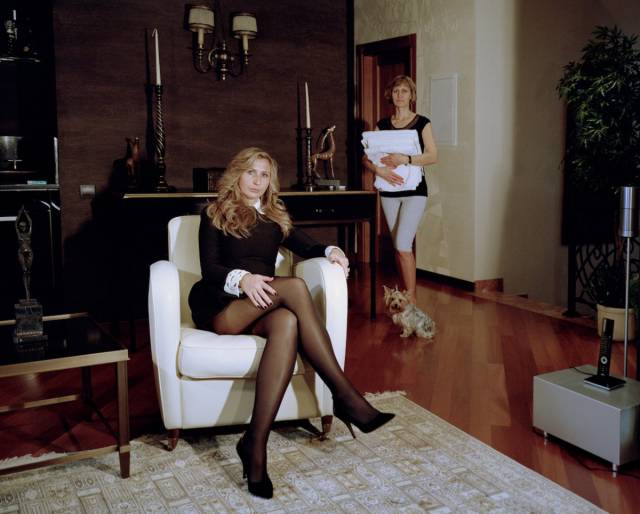 According Li-Mi-Yan, finding the employers to photograph wasn't difficult. "These were mostly people that I was acquainted with," she said. "Most of them agreed to take part in my project with enthusiasm." 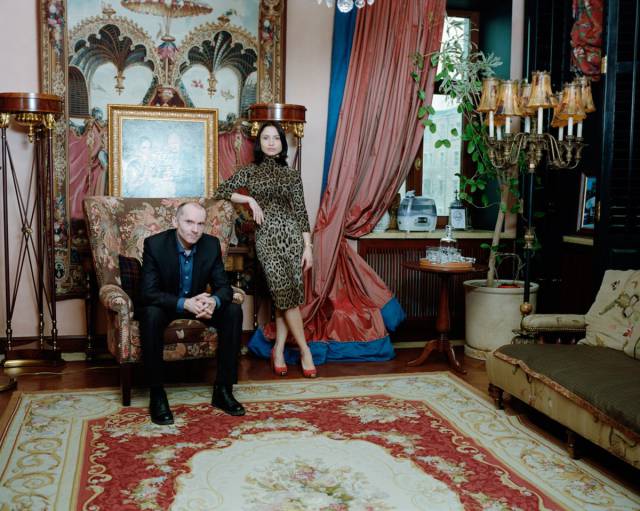 Before each shoot, Li-Mi-Yan would meet with the subjects to discuss and explain the project. 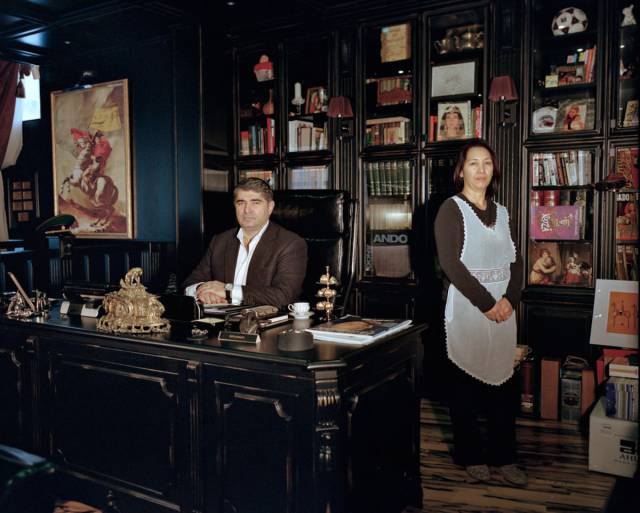 "I had long conversations with my subjects in their homes," she said. "I asked about their roles as employers and employees, how their status made them feel, and what their relationships looked like." 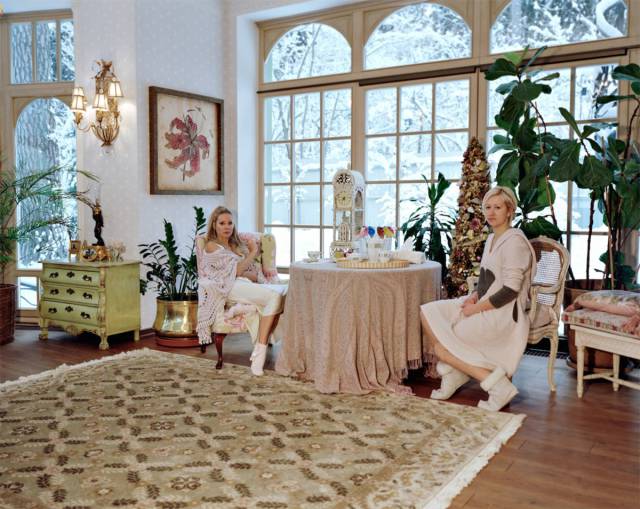 These conversations helped Li-Mi-Yan decide how to stage the photographs. Her subtle, yet critical placement of the subjects speak to their relationship. 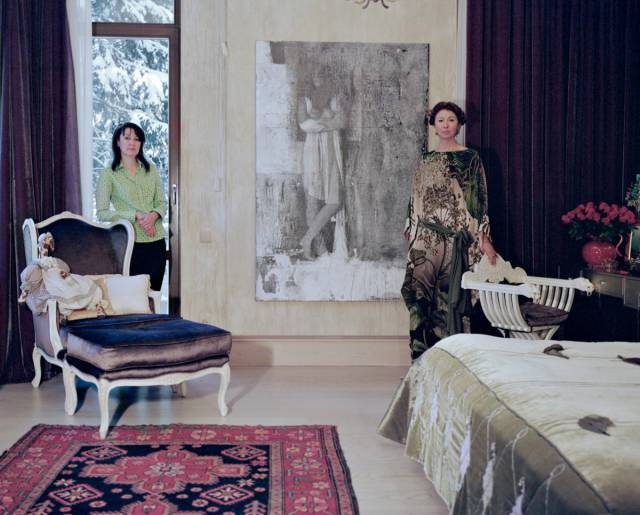 Gender plays a large role in the staff's duties — women are usually housekeepers, babysitters, or governesses. 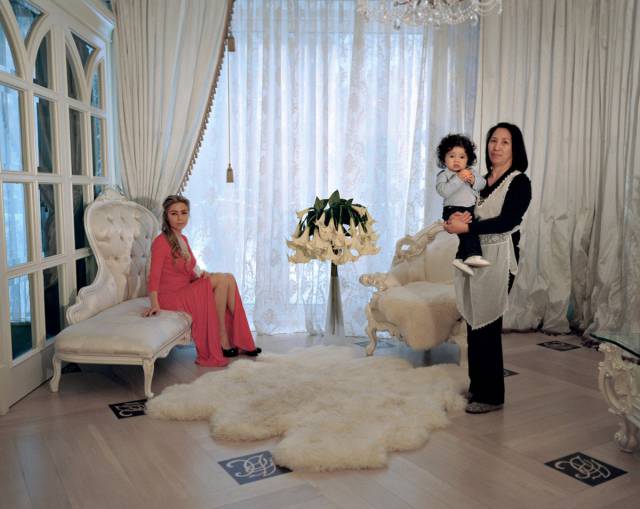 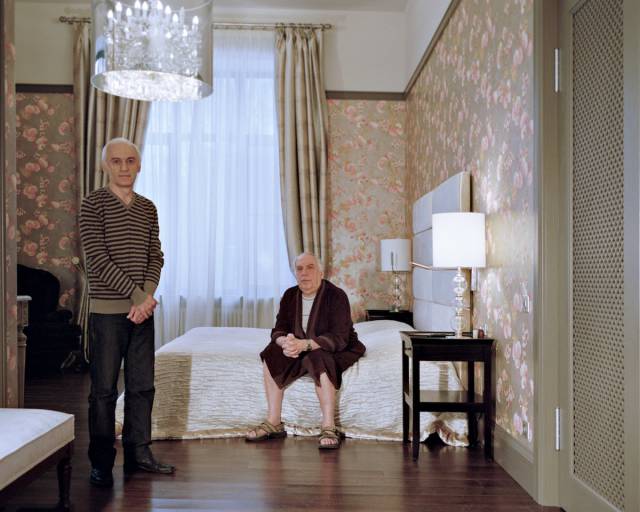 "In Russia, a governess or a babysitter or a driver is reckoned to be a [lower-class] job," Li-Mi-Yan said. Some employees refused to be photographed, wanting to avoid the label of "housekeeper." 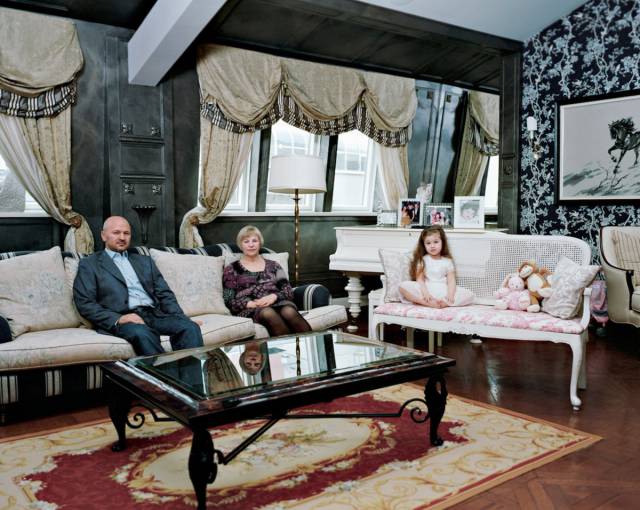 In most situations, Li-Mi-Yan noted that those working within the homes are saving money in hopes of a better future. "Most of them have a higher education...[and] they see their current employment as a temporary state, hoping for a better, more interesting and respectful, occupation in the future," she said. 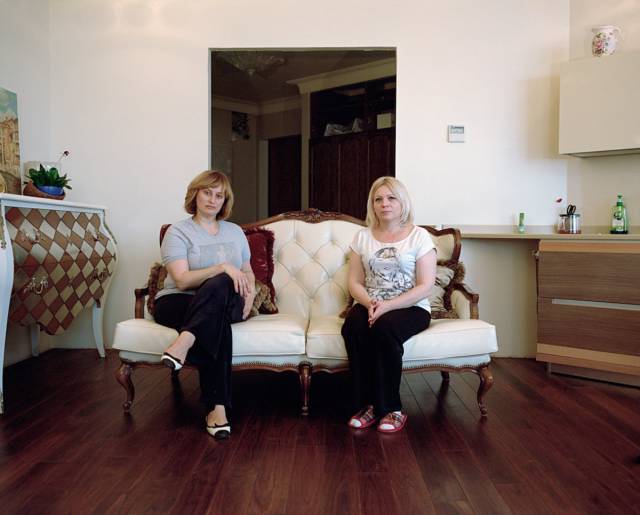 "Most of the employers think that they treat their employees with respect and care. However, most of the 'servants' — regardless of whether their relations with employers are in fact full of warmth and respect — wish to save up some money and find another kind of job," she said. 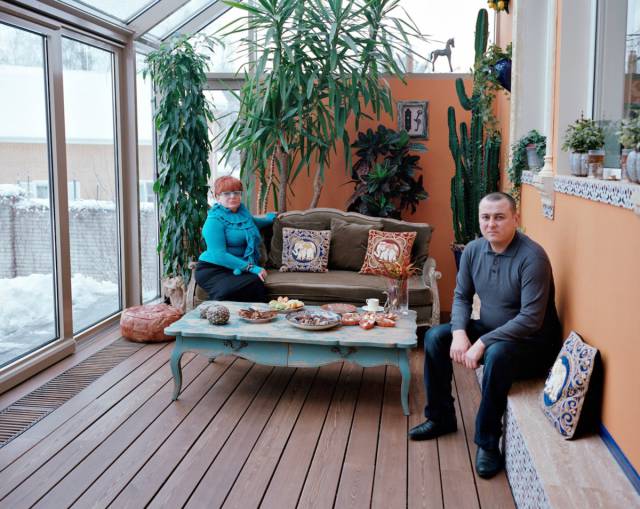 "I met only one old woman who chose that kind of work on her own will and not because of constraining circumstances," Li-Mi-Yan said. 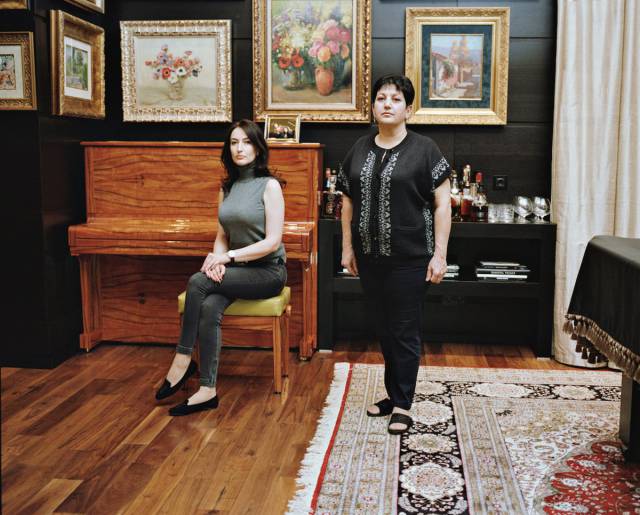 Li-Mi-Yan understands the sensitive nature of her work, and welcomes discussion around it. "[After] the photos were [first] published, some of the participants asked me to remove them," she said. "I understood all the controversies and the level of affect the project imposed only when it was published on the internet. I was amused with the amount and variety of reception which my photographs received." 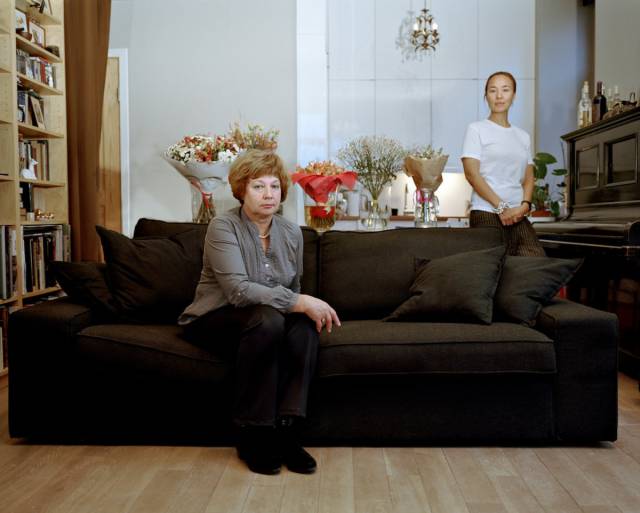