When Brianne Dow, 24, found out that she was pregnant, she didn’t tell her husband right away 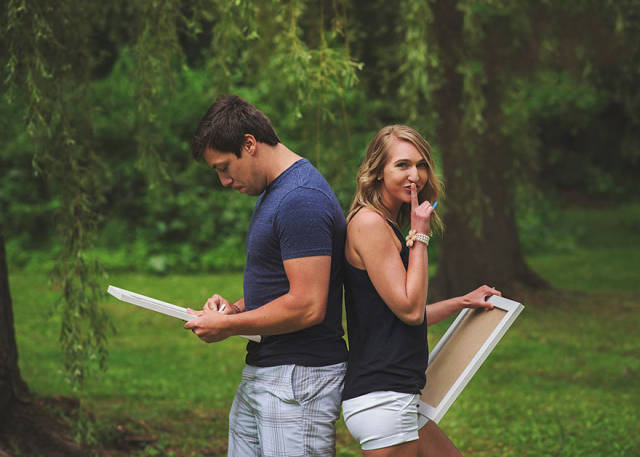 Instead, Brianne staged a photoshoot with their wedding photographer and told Brandon they had won her session giveaway 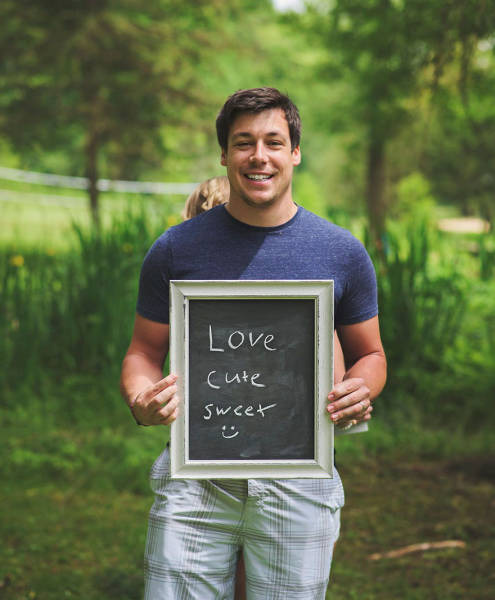 When the couple arrived at the park, Samantha had them stand back-to-back and gave each a chalkboard 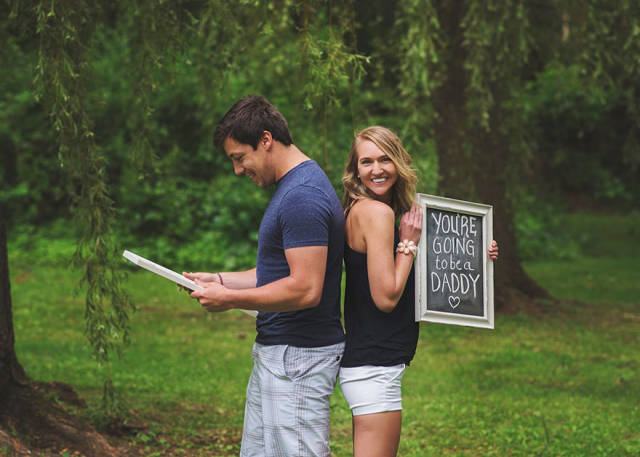 “I told them to write three words that describe each other on their chalkboards,” Samantha explained 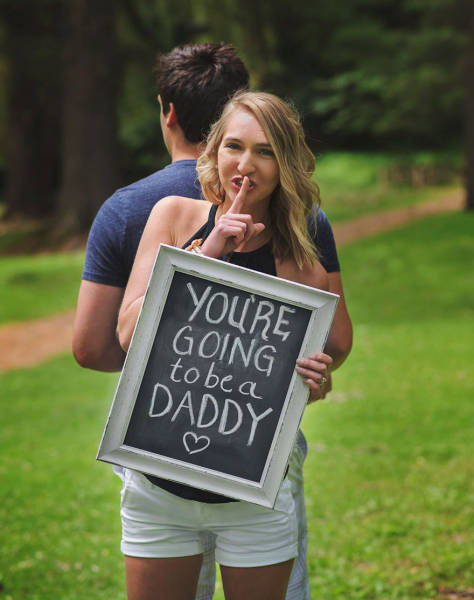 When the two were told to turn around and face each other, Brianne showed her board which read “You’re going to be a daddy” 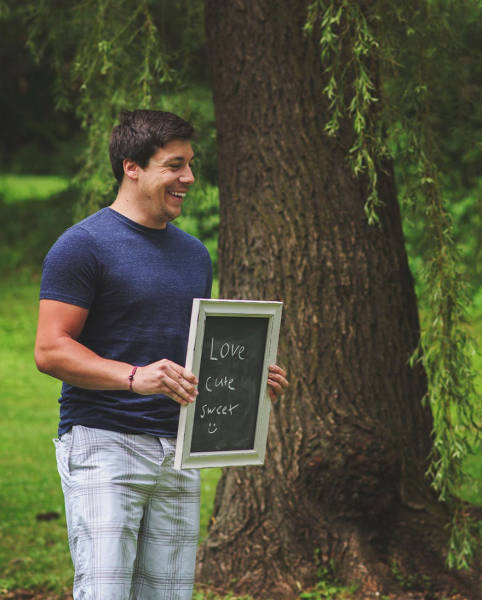 “Brandon’s reaction was priceless when he read her board,” Samantha added 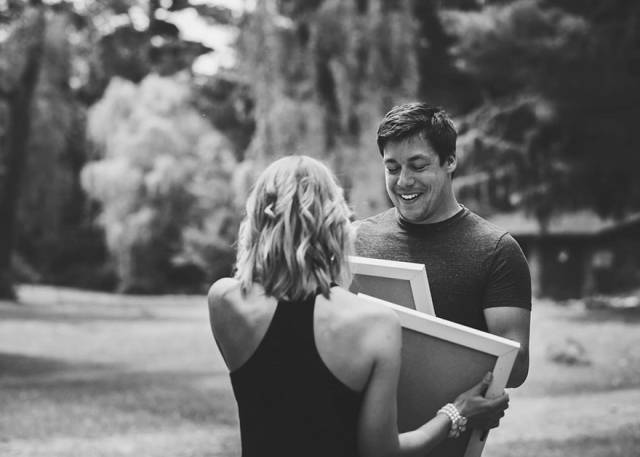 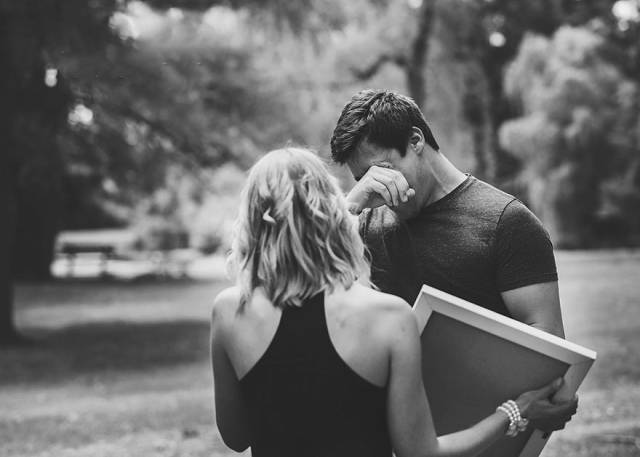 And he hugged his wife dearly 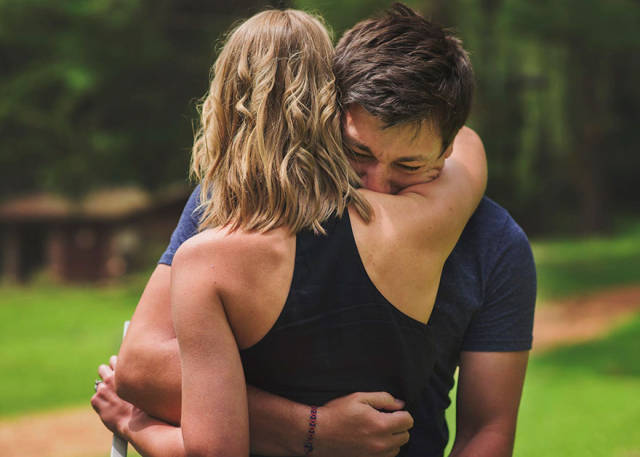 Their baby is due in February and they couldn’t be happier! 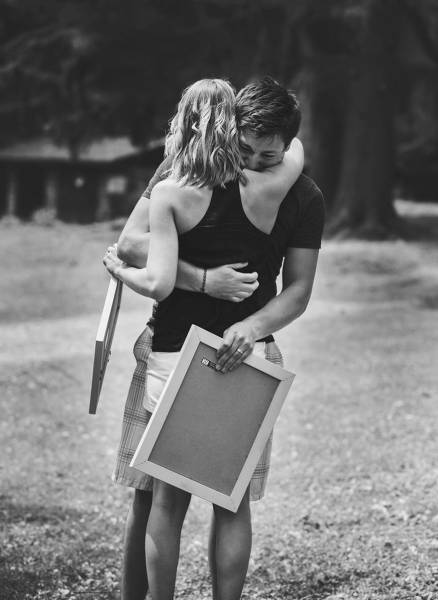 While it was hard for Brianne to keep such a secret, it was totally ‘worth it’! 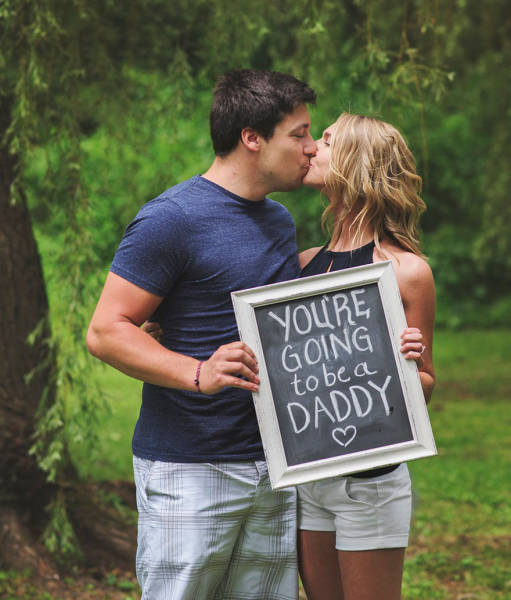