Standing tall above the city of Athens, the Acropolis contains several ancient buildings of historical significance. The most famous of these buildings is the Parthenon. Some of these buildings were constructed as far back as 495 B.C. under the coordination of Pericles. The Parthenon was dedicated to the goddess Athena, who was the goddess of wisdom, warfare, and courage. The entire citadel was made to be a symbol of the beauty and and power of Athens. 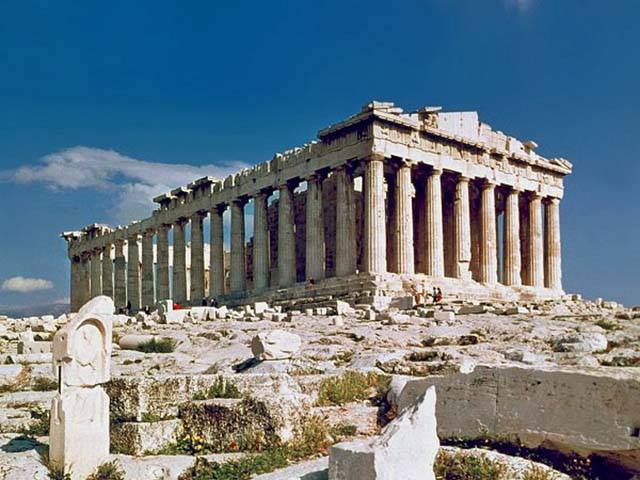 The Grottoes consist of 1,400 caves filled with a total of over 100,000 statues. The statues range from just a few inches tall to 57 feet high. These ancient caves are just another of a ton of examples of beautiful Buddhist architecture and design. They were said to be excavated from around 493 A.D. to 1127 A.D. The caves stretch for 1 full kilometer and are carved out of limestone. 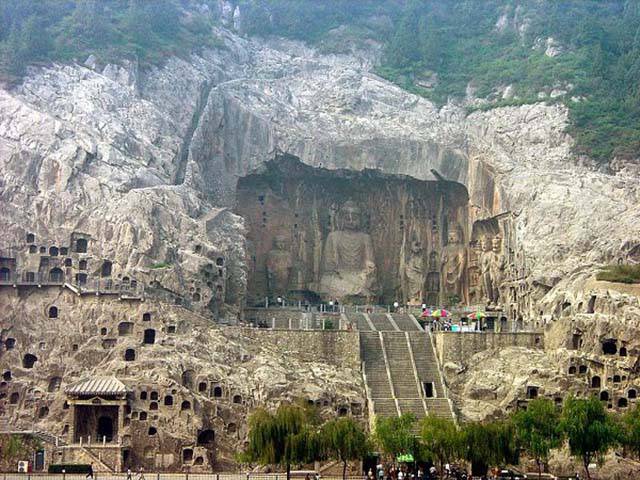 The largest religious monument in the world, and the most iconic symbol of Cambodia, Angkor Wat is incredibly intricate and undoubtedly stunning. Interestingly enough, during the construction of Angkor Wat, the temple was dedicated to Vishnu, a Hindu god, rather than the current king of Cambodia. 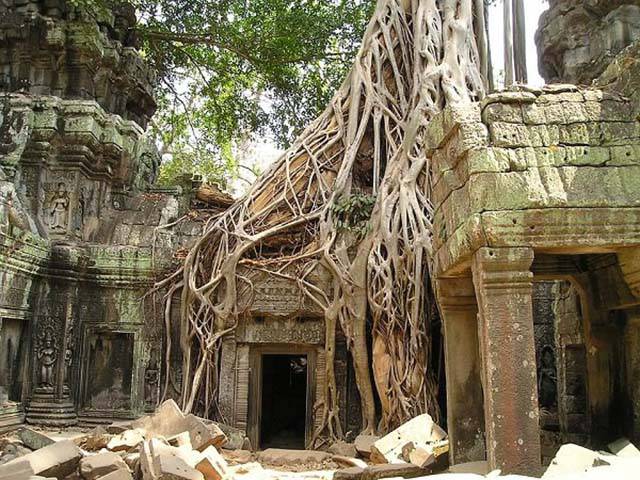 The ancient Roman city is situated near modern-day Naples, Italy. Made famous for its unfortunate destruction thanks to nearby Mount Vesuvius erupting in 79 A.D. this city is left burnt and damaged. However, through all the ash and dark marks, the ruins are incredibly beautiful and bring you back to a lost time in which 11,000 people once lived. It worth noting that prior to its destruction, Pompeii was a flourishing city that was considered a “holiday resort” for the wealthy Romans to visit. 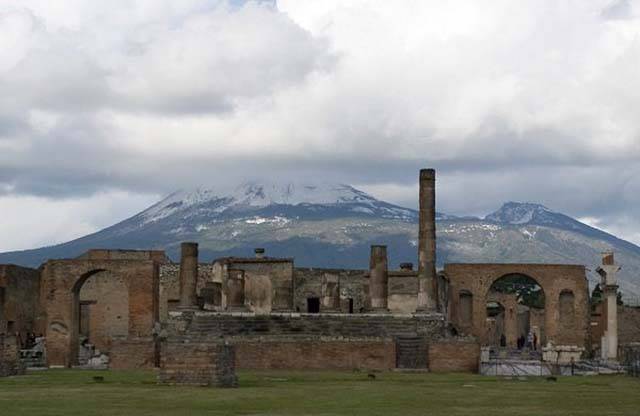 Built over the course of 6 years, Hadrian’s Wall is an impressive defensive fortification built under the rule of Emperor Hadrian in 122 AD. It wasn’t easy to build: the wall took three legions of 5,000 men each to complete. 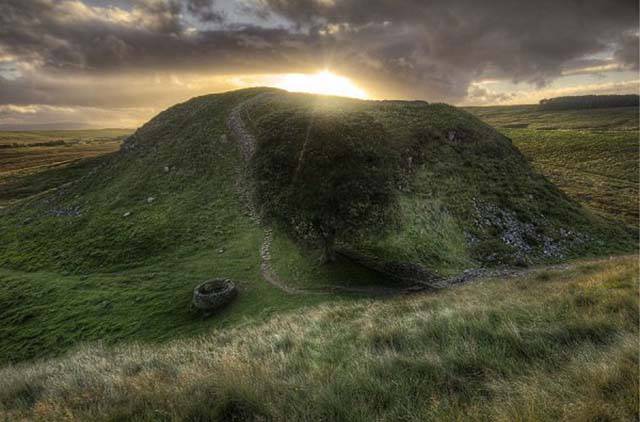 Some of the most famous Mayan ruin complexes in Mexico, this place was filled with hustle and bustle from approximately 600 A.D. until the 1200s. The geometry and architectural complexity of these ruins take you back to a lost ancient time. Chichén Itzá was built next to natural sink holes, one of which was used for human sacrifices during times of droughts. 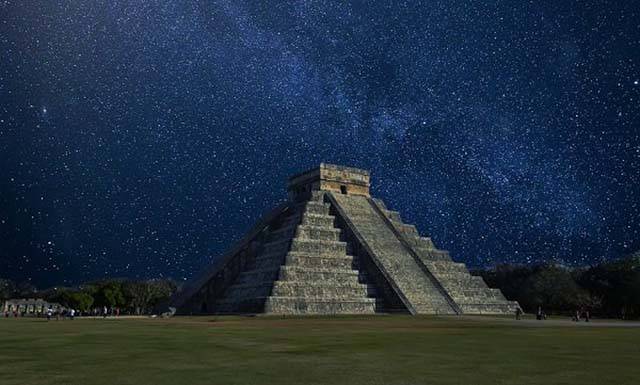 The only one of the 7 wonders of the ancient world to remain largely intact, The Great Pyramid of Giza is a massive ancient structure that is recognizable all over the world. It was built in 2560 B.C. and was the tallest man-made structure in the world for nearly 4,000 years. There are at least three chambers within the pyramid. A crazy fact about this pyramid is that it is said to contain about 2.3 million stone blocks, each weighing anywhere from 2-30 tons. 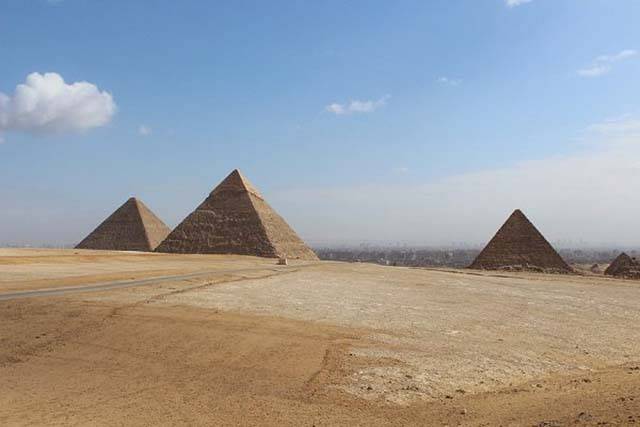 Otherwise known as The Flavian Amphitheatre, The Colosseum is located in the center of Rome and is one of the most recognizable architectural marvels of the world. With an insane history of violence for entertainment, this place makes for an eerily beautiful ruin to visit. The building came equipped with 36 trap doors that were used to release animals and other gladiators during shows. 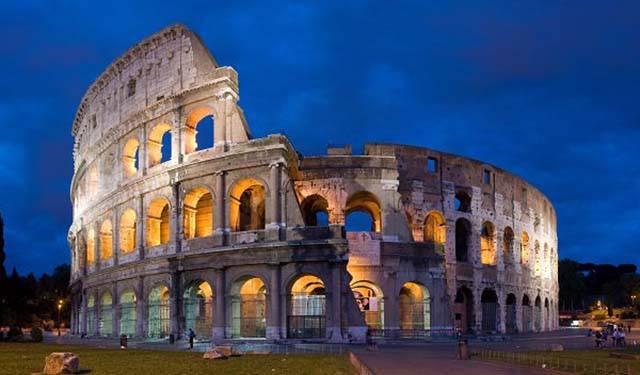 Situated in The Charanandri Hills, India, these insane “caves” are actually giant monuments carved out of the hills. There are 34 of them, and they were built during the 6th century. The intricacy and sheer size of these ruins are insane, considering the lack of technology back then. 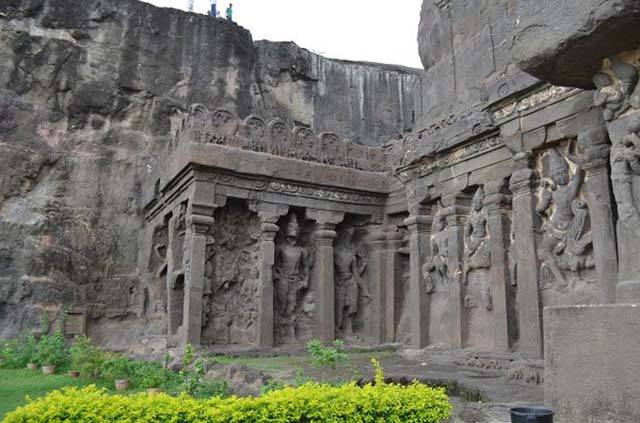 These are the finest Roman ruins in Lebanon. During the Roman period, the city was called “Heliopolis.” The temple of Bacchus is one of the largest remaining temples of the Roman Empire. 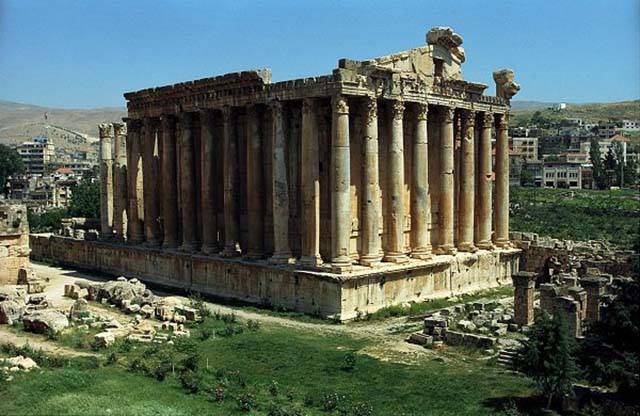 The Luxor Temple is a massive sandstone complex situated next to the Nile River in modern day Luxor, then known as Thebes. It was built in 1400 B.C.E. and features a giant statue of Ramses II. There are several large temples that can be found in the same area, so if you ever head over for a visit, you’ll be walking through a ton of Egyptian history. The temple has essentially been in continuous use as a place of worship ever since it was built. 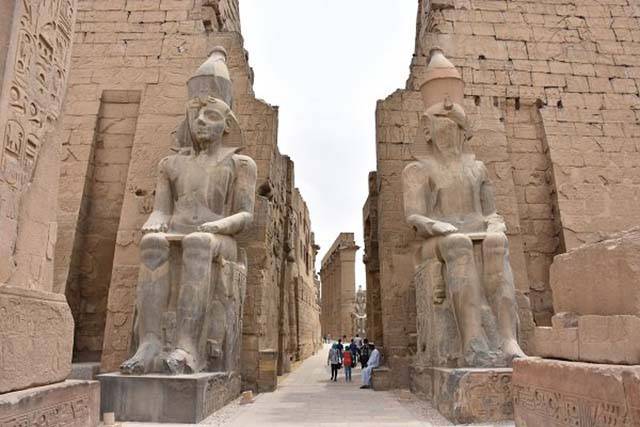 The largest Buddhist temple in the world, complete with 504 Buddha statues, can be found in Indonesia. Completed in 825 A.D. this architectural marvel is one of the most stunning religious temples in the world. A 15th century ruin that sits nearly 8,000 feet high? That’s a place you gotta check out. This Inca city is often called “The Lost City of the Incas” and was supposedly built for emperor Pachacuti. Abandoned during the Spanish conquests, the ruin was once again brought to the world’s attention in 1911 by historian Hiram Bingham. 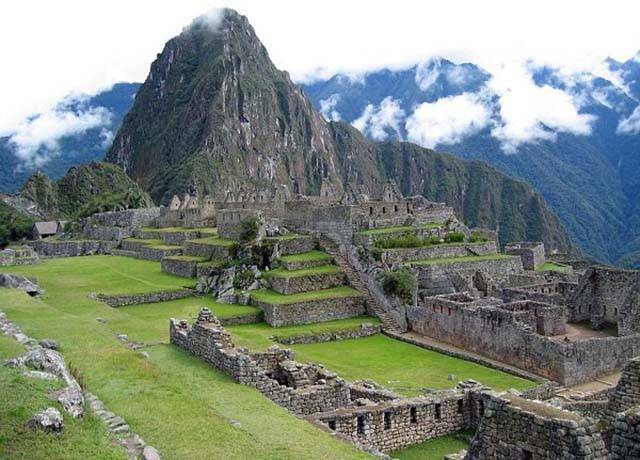 Built in approximately 312 B.C. this ancient city is perhaps most famous for it “cut from rock” architecture. Located in southern Jordan, this area is also called The Rose City because of the colour of the stone from which it was cut.

Constructed as far back as 2000 or 3000 B.C. Stonehenge is one of the most famous and curious of ruins in the world. It is still unclear as to what exactly Stonehenge was used for. Historians can’t fully agree on whether or not it was a cemetery, a calendar, or some sort of magic sorcery temple. There is also some mystery as to how these massive stones were brought to the area and stood up. Either way, it’s said to be a gorgeous sight to see in person. 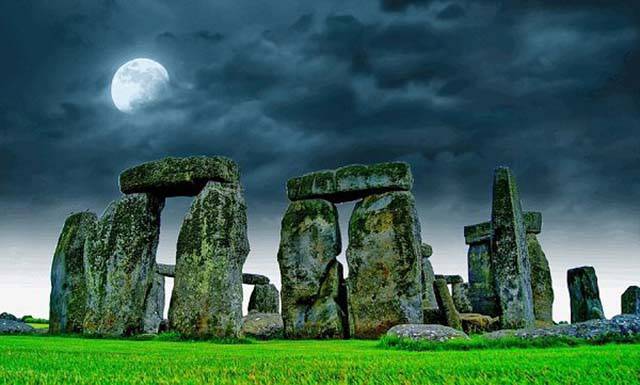