Some Of The Most Luxurious Prisons In The World (15 pics) 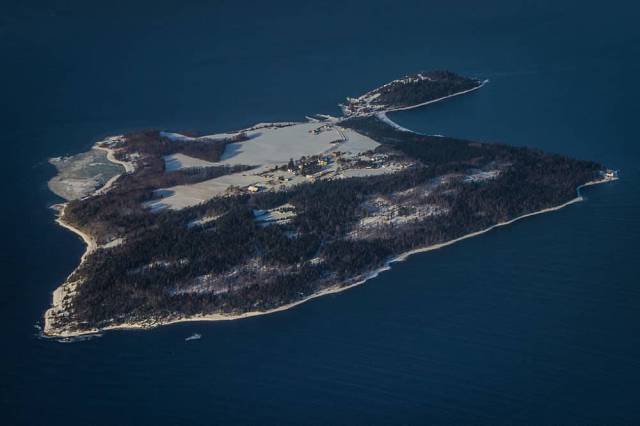 Bastoy Prison is a minimum security prison located on Bastoy Island in Norway. Not only has the prison taken home on an island about an hour away from Oslo, it’s also evident that it’s filled with green trees, and the surrounding water makes for not only a relaxing experience, but one that does not really fit the standard when you think of prisons as a whole. Bastoy Prison is also known to be a minimum security system, this means the in-mates are more likely to have “comfortable living arrangements” as opposed to a standard medium to high security prison. With that in mind, and the surrounding water around the island that the prison sits on, it’s no surprise that this is known to be one of the more beautiful prisons to look into. 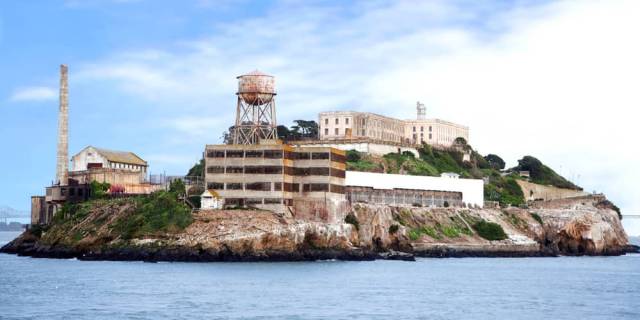 Alcatraz Prison is another prison that is located on its own island known as Alcatraz Island, which is almost two miles off the coast of San Francisco. Out of all the other prisons you hear about today, this one is among the most famous, or at least the most well known and memorable names. Notably, if you’re familiar with the show Mythbusters, they have an episode dedicated to testing if prisoners could successfully escape from Alcatraz Prison, which in history has been said to have happened a few times before. Although the beauty of the prison comes from the fact that it sits on its own island, and the architecture is dated, it was still known as a high security prison, so I would not have expected the living arrangements to be anywhere near comfortable. It is nice to look at, however, and it seems to be a very popular tourist attraction to those who are interested in this sort of thing. 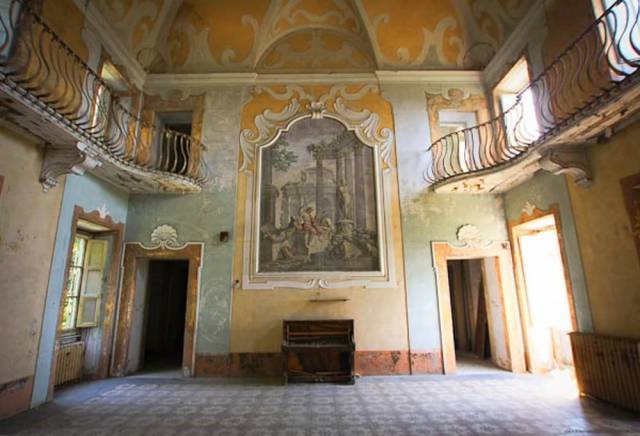 Prisons aren’t the only thing in history or even in today’s day and age that can be known as beautiful or luxurious. There have been some mental asylums that fall under the same category. Villa Sbertoli is one of them. Located in Pistoia, Italy, this mental asylum was constructed back in the 1800s to be used solely as a psychiatric hospital. During some times in history, it would be home to prisoners, but in the end, it was still used as a psychiatric hospital. The image shown above is one of many examples of the pure beauty that the mental asylum had going for it, although nowadays, most of what you can find of the asylum is mostly gone with age. However, back in its prime, it would have certainly been quite a site to see. 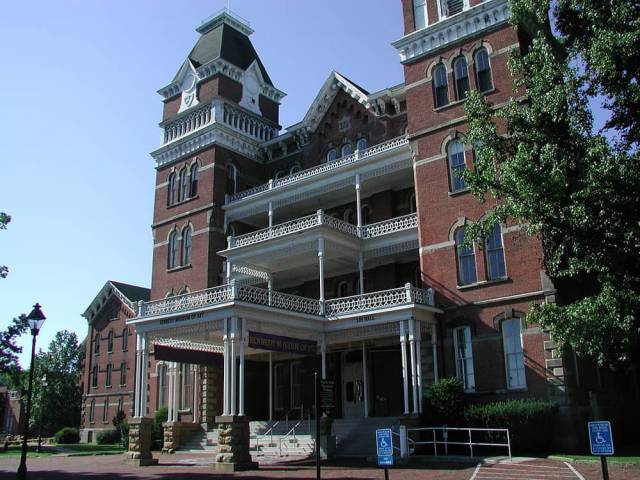 Though not operating in this day and age, Athens Lunatic Asylum is another mental asylum that I would like to touch on in this list, mostly due to its beautiful structure and interiors. Athens Lunatic Asylum was located in Athens, Ohio before being renamed The Ridges. Although the outside structure and interior are something beautiful to behold, the procedures and activities that took place during its operation fall under the category of “gruesome.” One of those practices was the lobotomy procedure, which the asylum became best known for. Aside from the practices, it’s still a beauty to behold and one that has attracted some tourist activity as in today’s day and age, it is home to the Kennedy Museum of Art, which is evident in the image shown above. 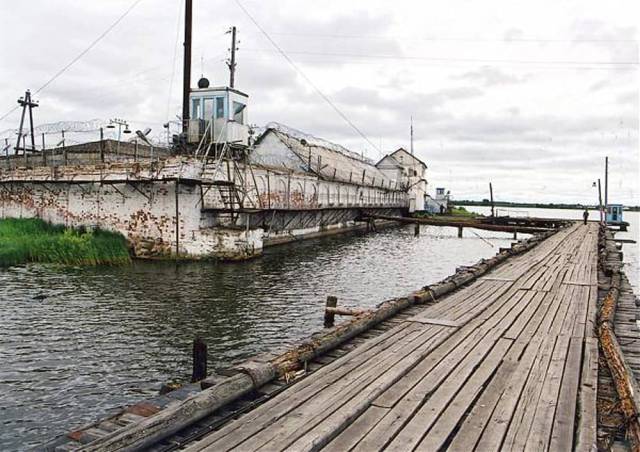 While also being considered one of the more horrifying prisons in the world, and being deemed as the “Alcatraz of Prison,” Petak Island Prison is making this list for its aged exterior and the surrounding qualities with the water and it being located on its own island. Aside from the beauty, however, this prison is known to have been one of the worst prisons to be held in, and anybody who was held here has been deemed as being “destroyed” or even killed on the spot. Regardless of the high security nature of this prison, there’s no doubt that this fits the bill, especially since it sits on an island known as Ognenny Ostrov in Lake Novozero. 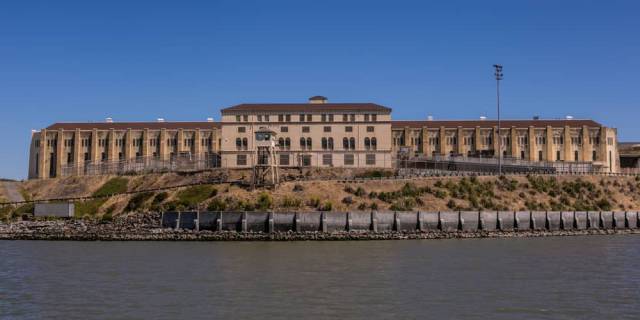 San Quentin State Prison has to be one of the more beautiful prisons that we’ve seen in this article by far. And that’s more to due with everything this prison stands for, and the overall look of it. The San Quentin State Prison or otherwise known as a California Department of Corrections and Rehabilitation state prison for men sits north of San Francisco in the town of San Quentin. The overall structure, the colors, and the location are all what give it its beauty with the water surrounding the outer edge of it all, alongside the history that the prison has gone through, from opening in 1852. It is known to be the oldest prison you can find in California.

Located in North Carolina, the image shown above is only an example of one of the buildings in the Butner Federal Correctional Institution. While not just being one singular security prison, it holds other buildings that work in different levels of security. The building structure is very modern in terms of what we’ve seen from other prisons through history, but it is still interesting to look at prisons that are built as a complex and not just a singular security building. 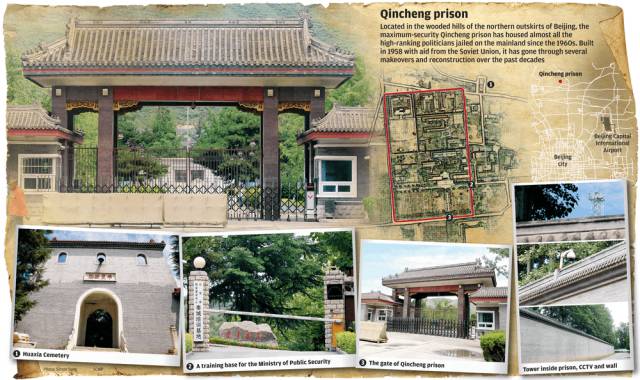 One of China’s more beautifully made prisons is known as the Qincheng Prison. Don’t let the green trees surrounding the exterior or the beautifully crafted structures fool you, although it is a beautiful piece of art, this prison is also known as a maximum security prison. It was built back in 1958 and was originally built to house Kuomintang war criminals. You can see the traditional Chinese architecture throughout the building in its richest form. While again, the surrounding atmosphere may seem nice and pleasant, only those that have committed crimes such as government related issues will be housed here. 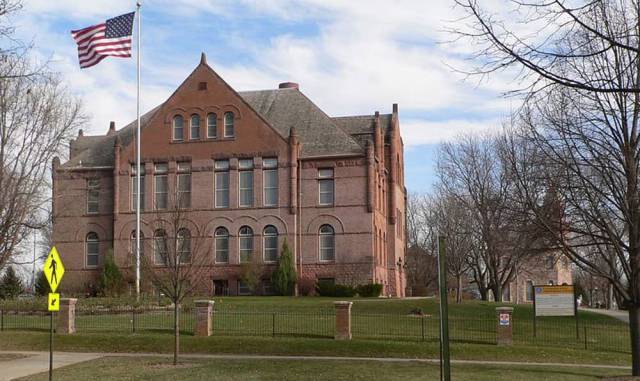 Now back into the states, there lies a prison by the name of Yankton Federal Prison Camp located in Yankton, South Dakota. While this prison has only been around since 1988, it was once known as the Yankton College campus. It was converted for the sole use of becoming a minimum security federal prison for male inmates. At the same time, you can just see how beautifully crafted the building is. It’s been involved in popular culture as being described as one of the comfiest prisons. I imagine if you’re an inmate, the feeling of being on a college campus is more of a punishment than anything else, especially if you’re not big on going back to school.

Over in Minnesota, we have Sandstone Federal Correctional Institute, which is once again holds male offenders. While it does operate on low security, it’s one of the many prisons that is operated by the Federal Bureau of Prisons. Much like some of the other prisons we’ve discussed, the beauty of the prison comes from the architecture of the building, and shown in the image above, a statue of an eagle. As you walk around it’s campus, you’ll notice the lawn is well kept, the statues are nice and tidy, and the prison itself is still well in tact. Maybe not the most attractive prison in terms of color, it’s still a nice and clean prison to look at. Little known fact, Tim Allen served 28 months in Sandstone Federal Correctional Institute due to being found guilty of being in possession of cocaine in 1979. He was released in 1981. 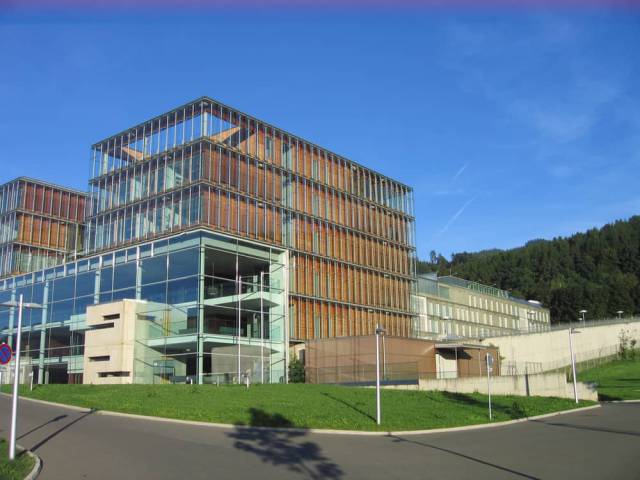 You’re probably looking at the image above and you’re wondering just how such a beautiful looking building could be considered a prison. I thought the same thing, but it is indeed known as Justice Center Leoben which is not only a prison, but it works as a court. This prison is located in Austria, and it is known for being one of the more well accommodated prisons in the world. It maintains a belief that all inmates deserve to be treated with respect. The interior and exterior are that of what you would see in a four or five star hotel. Not only that, but each inmate is granted their own private cell. I imagine the well treated inmates have a better chance of bettering themselves behind bars instead of losing their minds. An all around fantastic looking and well mannered prison. 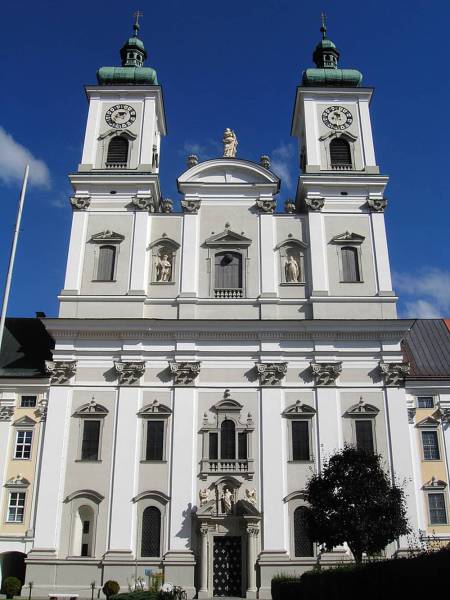 Another one from Austria, we have the Garsten Abbey prison. Not only can you see how beautiful this prison is from the exterior, it’s also got an absolutely breathtaking interior. Due to the prison previously being a Benedictine monastery, the interior is in the design of what you would find in a high class church. According to sources, it is known as one of the most beautiful examples of High Baroque architecture in Austria. Just looking at the exterior, you can see why that is. An absolutely immaculate example of one of the finest prisons on Earth. 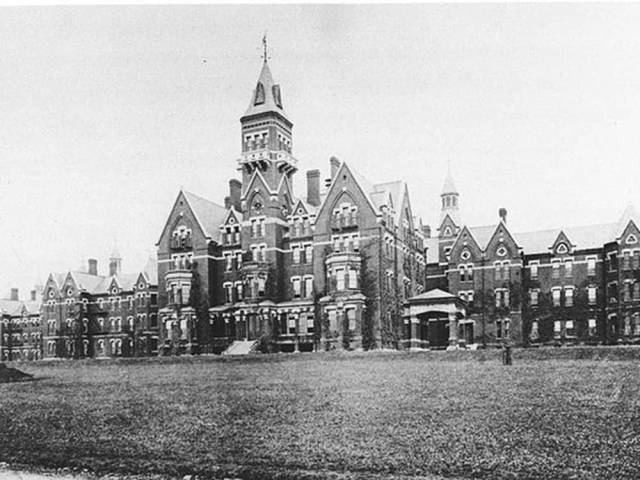 While in today’s day and age, this hospital is no longer a functioning mental asylum, back in its heyday, it was one of the most breathtakingly beautiful pieces of architecture to lay your eyes on. Danvers State Hospital was located in Massachusetts and was constructed in the 1870s. Although it no longer functions as a mental asylum today, it still works as an apartment complex, and it is said to have the possibility of being haunted to this day. It’s still a site to see even in news articles due to the gothic style architecture being such an eye grabbing look. Furthermore, you will not be seeing me booking any apartment appointments in this area any time soon.

While the exterior of this building may have seen better days, Montgomery Federal Prison Camp still makes this list due to its minimum security procedures and the surrounding plantation. Surrounding the campus, you’ll notice that the grass is well kept, the flowers and smaller trees are in locations that compliment the building very well. Again, although it isn’t the most beautifully structured building we’ve seen so far, it still deserves its own spot. Montgomery Federal Prison Camp is located in Montgomery, Alabama on the grounds of Maxwell Air Force Base and is home to nearly 900 inmates. 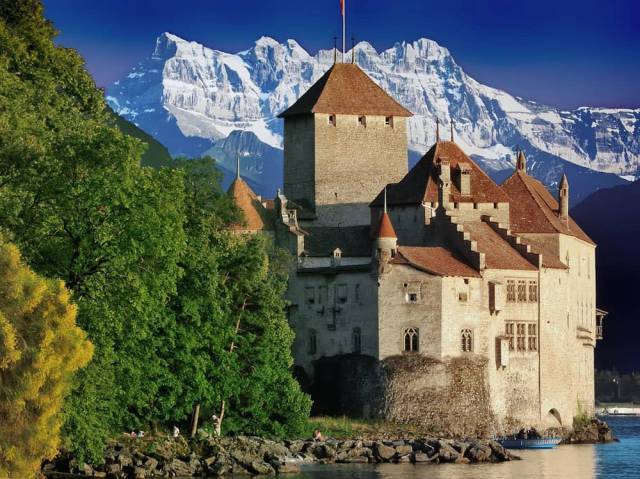 Last but most certainly not least, we have Chillon Castle. While today, it does not function as a prison, it did function as one in the 16th century Wars of Religion. Nowadays, it’s a tourist attraction and is home to many forms of interior architecture, more specifically 14th century medieval murals, amongst many others. The exterior sits on a piece of land surrounded by water, and with the mountains behind it, it’s certainly one of the most beautiful prisons ever made. It is located on Lake Geneva in Switzerland, and is now known as a historic monument in Switzerland.